Zielona Góra – a city in western Poland, one of the centers of Lubusk voivodship, located on the slope of the river Odran hilly terrain Zelena Góra is historically and culturally part of of the historical region of Lower Silesia, located on its northern border. The name of the city translates as “Green mountain”.

Zelena-Guru was founded by traders from Western Europe – in mainly Flanders and Germany. Urban settlement rights were provided in the year 1323. From this moment the story begins city ​​Zielona Góry. Throughout its history the city, along with all of Lower Silesia, was first part of the Czech Republic, then – Prussia. It became part of Poland in the first half of the 20th century. Interestingly, in the Second World War, the city was practically not Suffered. 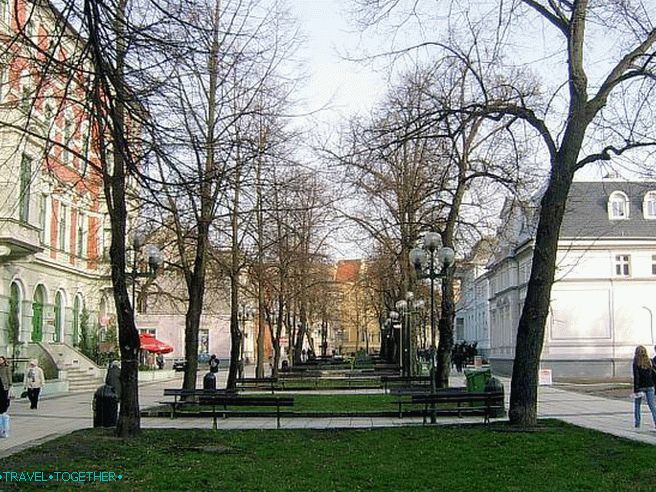 Town Hall and Old Market Square (Ratusz) – Historic city ​​center. The town hall was built in the Gothic style in the 15th century. AT 16 and 17 centuries after the fires were rebuilt several times. Tower 16 century covers the Baroque helmet, built in the 20th century. 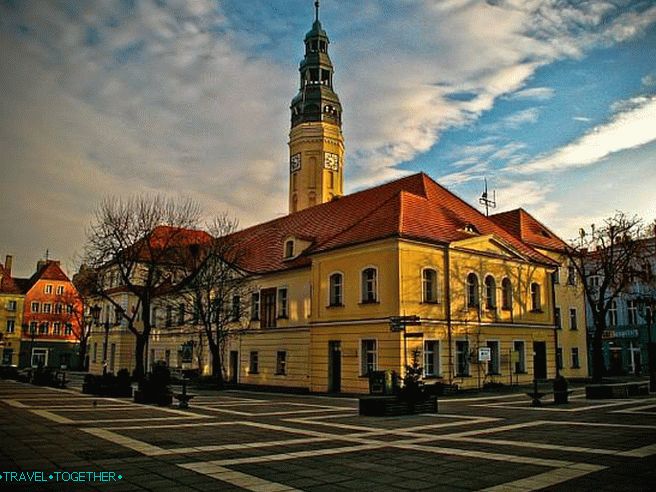 Church of Our Lady (Kościół Matki Boskiej Częstochowskiej) – one of the oldest churches in the city, built in mid 18th century baroque. Church first was Protestant, but after 1945, it is Catholic. 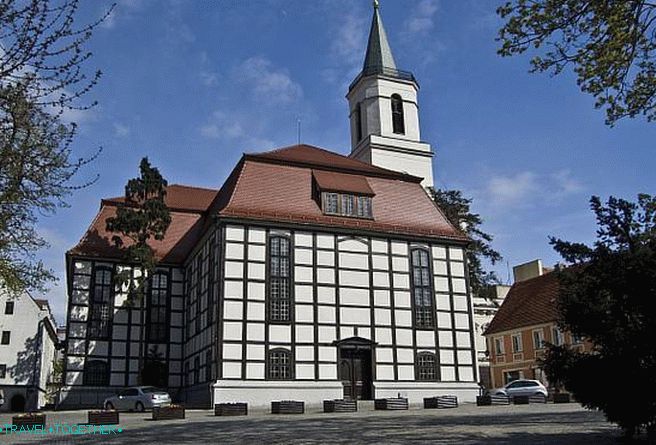 Cathedral of sv. Hedwig (Konkatedra w. Jadwigi) – Baroque Catholic Cathedral, built in the middle of the 18th century. Initially, the church was Protestant. In 1828 to the cathedral built a tower. This is the oldest church of Zielona Góra. 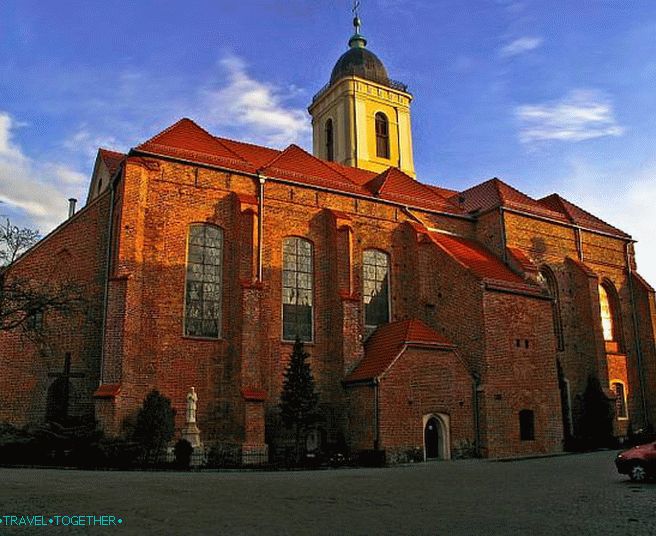 The old tower is a preserved fragment of urban fortifications of Zelena Gora from red brick. Probably, fortifications were built in the 15th century. 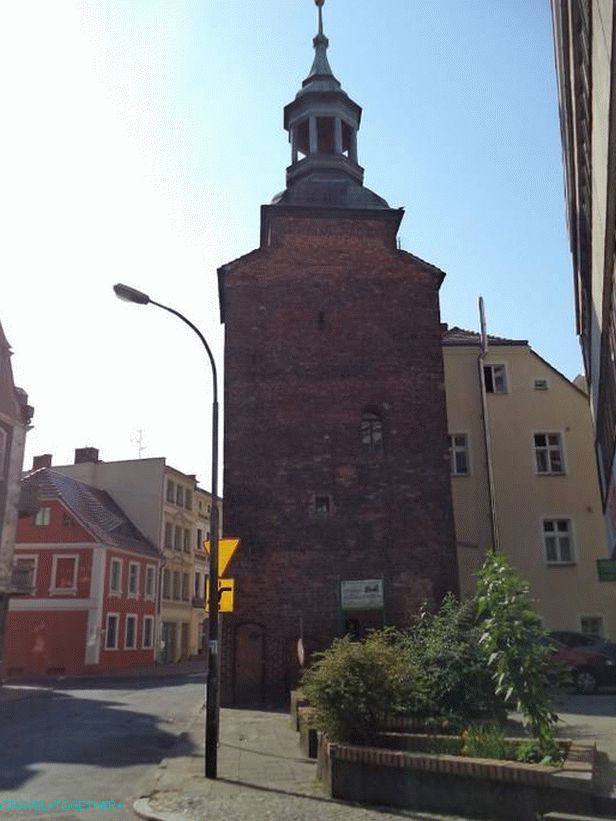 Palm Greenhouse (Palmiarnia Zielonogórska) – building on top of the Wine Hills. In the palm greenhouse grow exotic plants (over 200 species). In aquariums you can see turtles and tropical fish. Palm Greenhouse also performs The functions of the restaurant and the banquet hall, in which various cultural events (concerts, discos, balls, weddings). 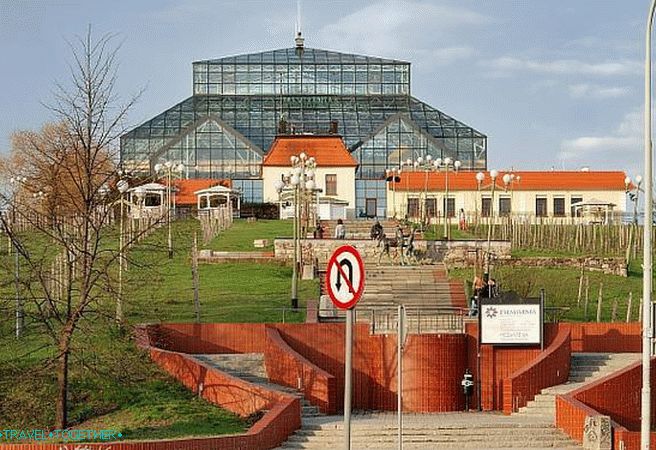 Zielona Gora on the map