York (United Kingdom) – the most detailed information about the city with a photo. The main attractions of York with a description, travel guides and cards.

York is an ancient city in the central part of Great Britain. Located in the northeast of England in the ceremonial county North Yorkshire. York is one of the most beautiful medieval cities. Britannia with charming old streets, many old churches and a wonderful historical atmosphere. It is the capital an anglican church full of beautiful sights and monuments of culture. The main symbol of York is considered a magnificent gothic cathedral, which is the largest medieval religious building in England. Also the old town is surrounded by Britain’s longest chain of medieval fortifications about 5 km long (3 miles).

In honor of York, was named one of the most important cities in the United States – New York.

York is located in the northeast of England, 35 km from Leeds. City located at the confluence of the rivers Uz (Ouse) and Foss (Foss) on a fertile plain that is of glacial origin. Climate – moderate. It is somewhat drier and colder than in other parts. Of England. York has a cool summer and winter. In the cold season prone to winds and mists. Snow may fall from December to April, but it usually melts quickly. 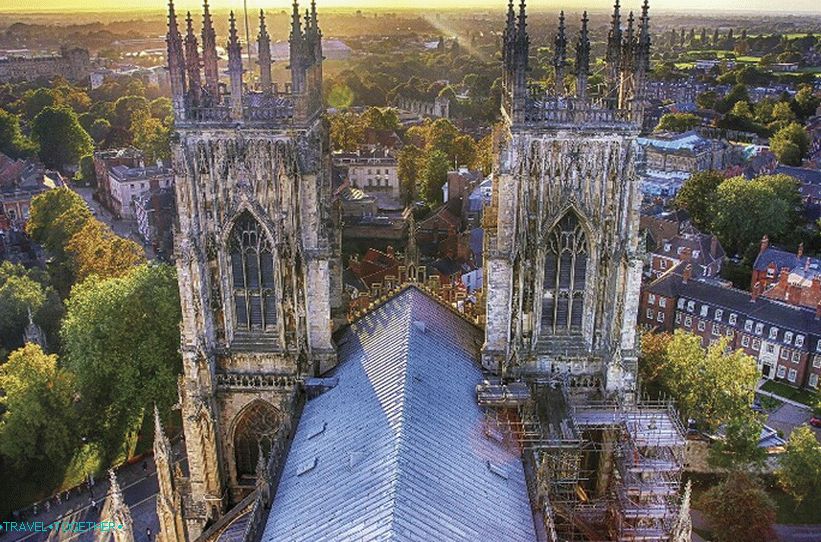 York was founded by the Romans in the 1st century BC. Originally on the river Uz was built the Roman fortress Eborak, which subsequently turned into a large settlement. Later the city became the capital of the province of Lower Britain. It is interesting that in Eboraka died two Roman emperors: Septimius North (in 211 AD) and Constantius Chlorine (in 306 AD). In the 5th century the city was captured by the Angles and became the capital of their kingdom. 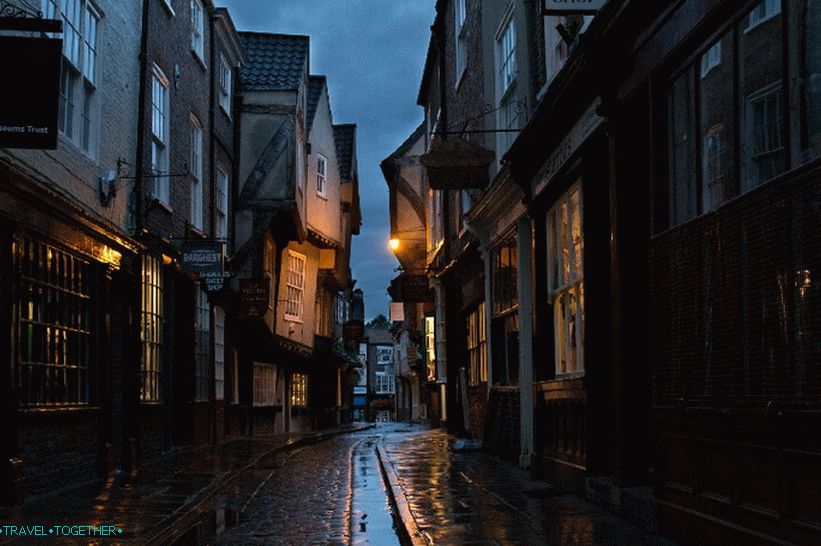 In the 6th century, a bishopric was founded in York. From the 8th century the city is the seat of the archbishop and acquires an important religious value. In the 9th century, York was conquered by the Vikings and renamed Yorvik. The city becomes the capital of the kingdom, which subdued most of north england. Later, York was conquered by the Normans. and got its modern name. In the Middle Ages city flourished thanks to trade in wood and wool. Very favorable on The development of the city affected its location between London and Edinburgh. 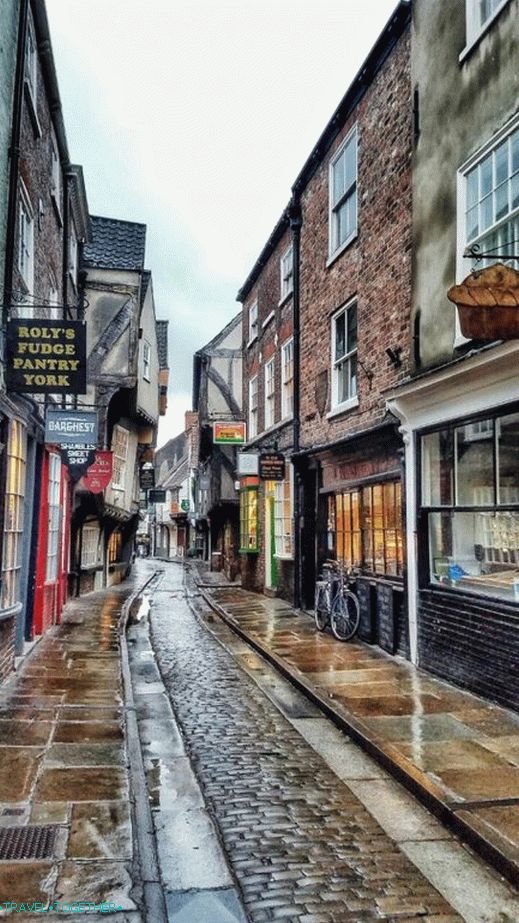 In the 19th century, York became an important railway junction and industrial center.

York has many ancient sights and cultural monuments making it one of the most interesting cities of Great Britain. York Minster is the largest Gothic cathedral in Northern Europe, founded in the 7th century. This is a masterpiece of medieval architecture and one of most important religious buildings in England. York Minster has superb gothic facade adorned with a variety of decorative items. The interior contains beautiful stained glass windows and a huge amount important religious artifacts. The central tower of the cathedral is the highest point of York. To climb to a height of 70 meters need to overcome 275 steps. York has a superb old town that has been preserved very OK. Its medieval core contains many cobblestone streets and hundreds of original old buildings. The most beautiful street of York The Shambles is considered (from Old English translated as “slaughter”). This is an ancient street of butchers, which includes many medieval half-timbered houses. The oldest of them are dated 14 century. Many houses still have meat hooks. One of the most interesting features of the old city of York is a chain of medieval fortifications that is the most extensive and well preserved in the UK. These walls were built on Roman foundations in the 14th century and are almost 5 km long (3 miles) Walking along the old walls is mandatory and will give you have a wonderful feeling. 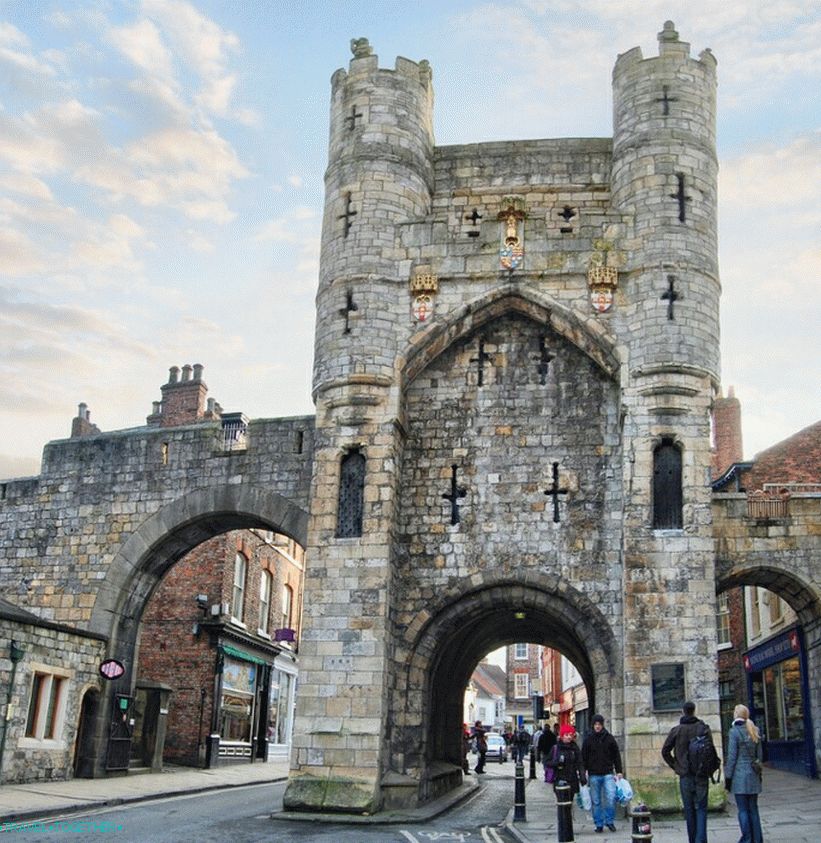 In York, there are several old city gates. The most large and beautiful are the gates of Monk Bar, built in 14 century. In the Middle Ages, a Barbican was built in front of them, which demolished in the 19th century. 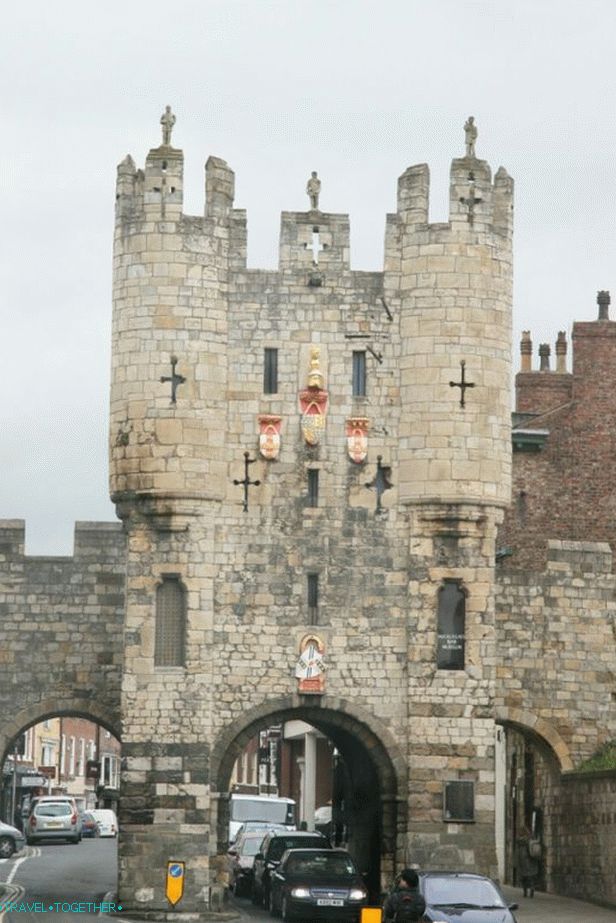 Micklegate – the second largest and most important old urban gate of medieval york. Their lower part dates from the 12th century, and top – 14th century. The gate is decorated with coats of arms and figures (on top). The street behind them is famous for its pubs and bars. Before The gate was also built Barbican, which was dismantled in 19 century.

Clifford’s Tower – the only surviving part of the ancient 11th century castle founded by the Normans. The tower was built at 13 century and is known as the place of execution leader of the lancaster party. From here opens a beautiful panorama of York. The court (magistrate) is a beautiful historic building with a clock tower, built in the 19th century.

Castle Howard – one of the most impressive country estates England, located 30 minutes from York. This beautiful the mansion has a huge park and rich interior.

York is famous for its many different churches built in historical periods. Church of sv. Trinity – a medieval church built between 12 – 14 centuries and expanded in the 19th century. 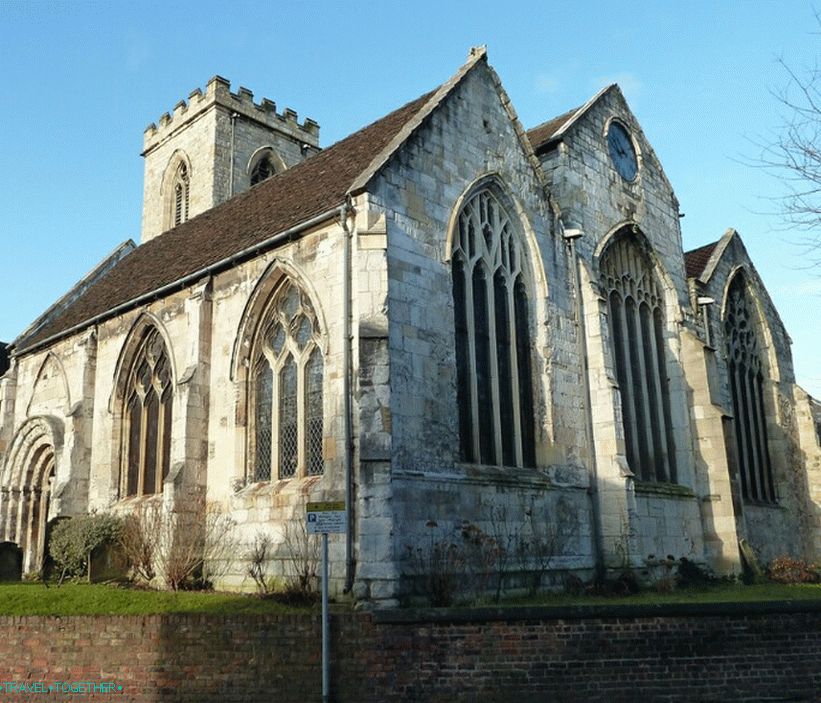 Church of sv. Denisa – one of the most interesting medieval Churches of York, dating from the 15th century. This is a religious building. built on the site of an ancient Saxon church and possibly on the site ancient roman temple. The building contains antique stained glass (one of the oldest in york) and the gorgeous sculptural norman portal. 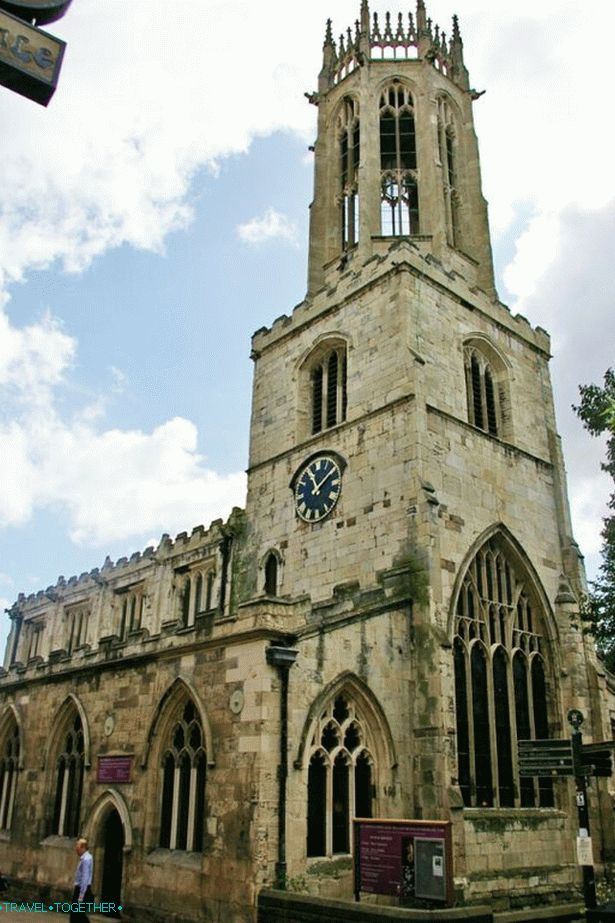 All Saints Church – a beautiful English style church Gothic, built in the 14th century and expanded to 19 century. Church of sv. Mary – an ancient church, founded in the 11th century. Although the current building, for the most part, dates back to the 15th century. Saint-Martin-le-Grand – medieval church of the 11th century, restored in the 19th century. The tower was built at 15 century.

York on the map of Great Britain