Wales – the most detailed information about the country with a photo. Attractions, cities of Wales, climate, geography, population and culture.

Wales is a country in the southwest of the UK which is administrative part of the United Kingdom. Bordered by east from England, from three sides is surrounded by waters The Atlantic Ocean (Gulf of Bristol in the south, the Strait of George in the south-west and the Irish Sea in the north-west). Wales – the smallest of the administrative-political units of the island UK which has its own character, culture and Lifestyle.

Wales is a region with a rich history and amazing natural beauty The country has an authentic Celtic culture that different from the culture of England and Scotland. Wales attracts many tourists wonderful castles and stunning scenery mountains and the sea coast. 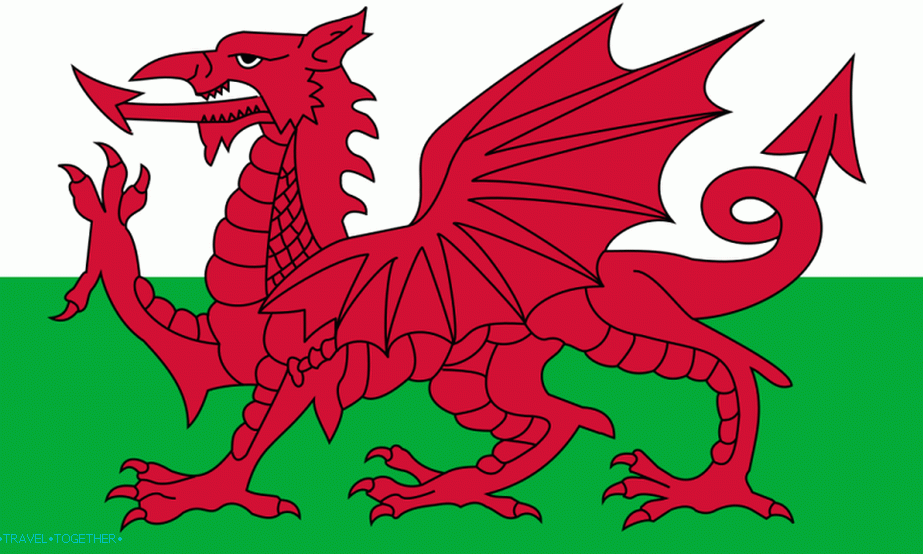 Wales is predominantly a mountainous country that occupies southwestern part of the island of the UK. Has land borders with England and more than 1 000 km of sea coast, off the coast of which there are several dozen islands. The most populated south Wales, where the largest cities are located. In North-west The mountain range of Snowdonia is located where the highest the point of Wales is Mount Snowdon (1085 m). In the south lies a mountain range Brecon Beacons, and in the central part – the Cambrian mountains. 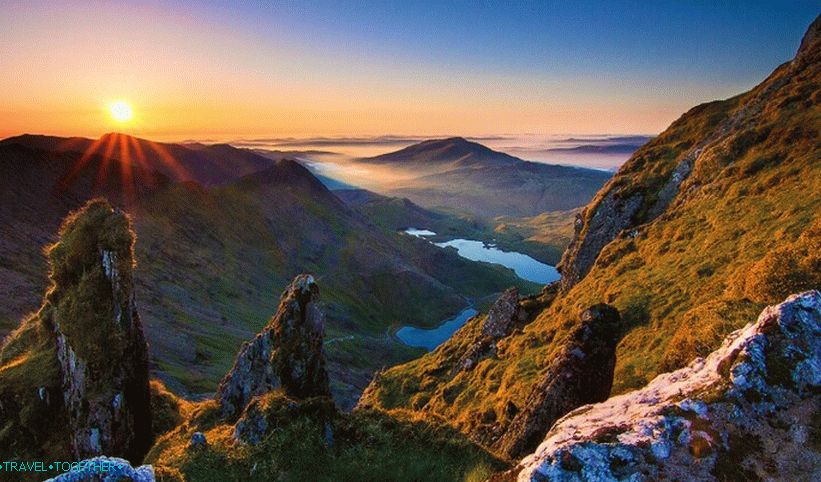 Wales wildlife is typical of Britain. Although there are some the differences. Due to the long coastline in Wales, many birds colonies. There are almost no large mammals in Britain. In Wales preserved wild goats, weasel, ermine, otter, marten. Welsh rivers and seas are rich in fish.

The climate of Wales is temperate maritime. It is characterized usually mild, windy and wet weather. During the year prevail westerly winds. The rainiest period is from October to January. In the mountains the climate is a bit harsher. 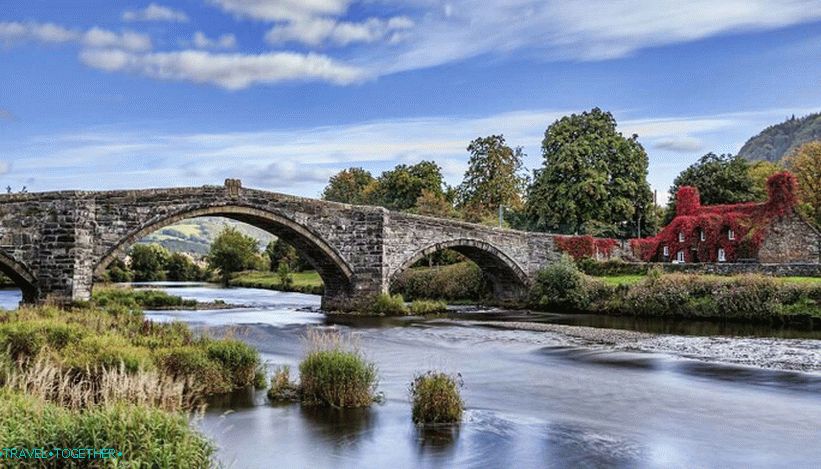 The best time to visit Wales is from May to September. AT this time is quite warm, and a long daylight day will allow you to cover all to the maximum. The highest season is July and August.

The first written testimonies about Wales date back to the Roman an era. At the time, the west of Britain was inhabited by Celtic tribes (Ordovics and Silurians were the most numerous). Romans built there are several forts and fortresses. In the 5th century the Roman Empire came in decline. The Romans left the territory of Britain. At the beginning of the 5th century on the territory of modern Wales lived by the Britons, who united in several small kingdoms. In the early Middle Ages the Welsh crowded the Anglo-Saxons, whose kingdom in the 8th century built on border with Wales earthen wall. It was during this period that began. the birth of Welsh culture and national consciousness.

In the 11th century (after the Normans conquered Britain), Wales became gradually go under the authority of the English crown. At the end of the 13th century the British finally conquered his whole territory. Thereafter they built several powerful castles here. Wales was finally integrated into the English kingdom in the 16th century and since then its history was inextricably linked with the history of England.

Before the industrial revolution, Wales was a sparsely populated country most of the population was engaged in agriculture. However, coal deposits and the construction of industrial facilities in its south was the cause of the rapid growth of the economy and population. B 18 – 19 For centuries, Wales has become an important industrial region. And his the largest cities (Cardiff and Swansea) are among the centers of the Western Great Britain.

The territory of Wales is divided into 22 districts, among which 9 counties, 3 cities with city status, and 10 county cities.

Regionally, Wales can be divided into three regions: 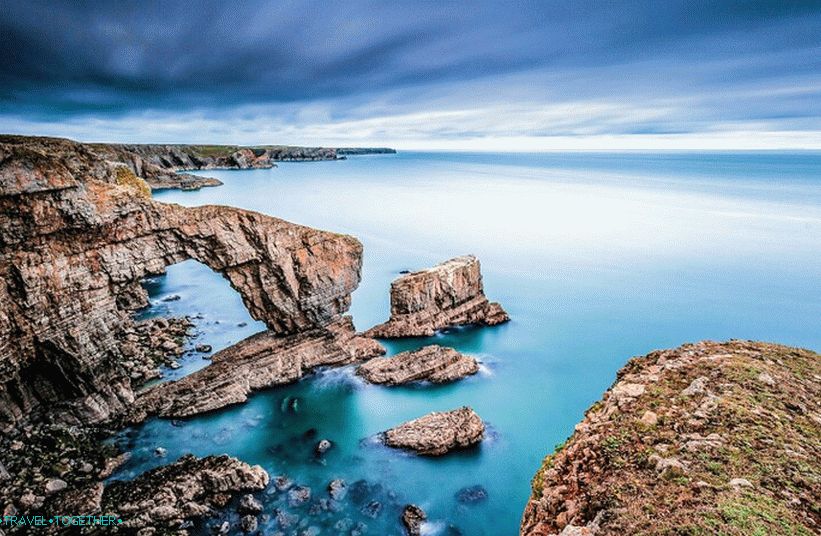 The main airport is located in Cardiff. He has a regular communication with other cities in Britain and some major cities of Europe. To get to South Wales you can take advantage of Bristol Airport, in Central Wales – Birmingega, in North Wales – Liverpool or Manchester. Capital Wales is connected by rail with London and other major cities of England. 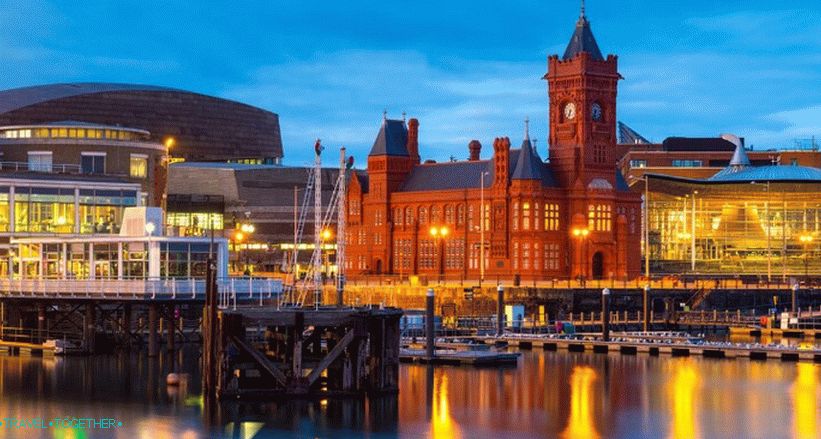 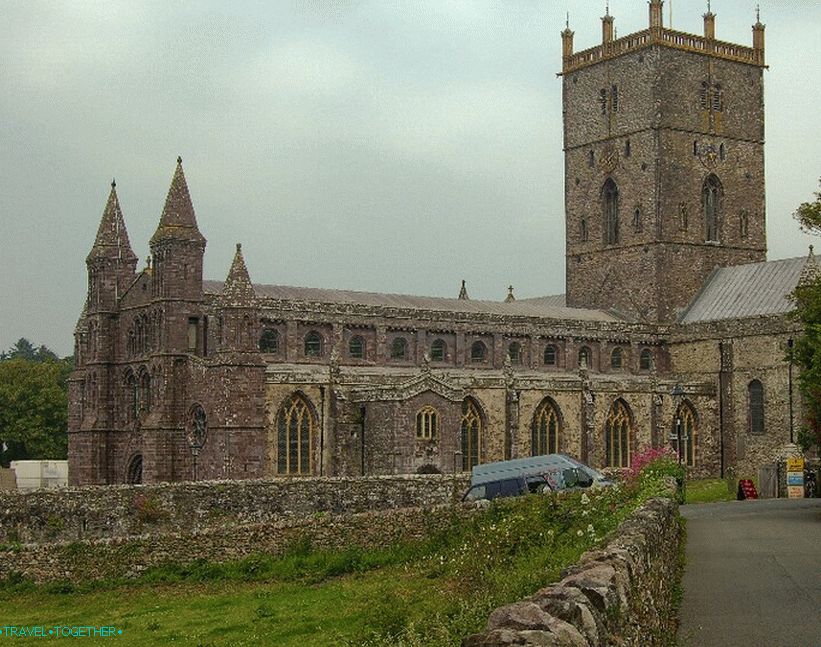 Cathedral of sv. David – a magnificent medieval gothic temple, founded in the 12th century and dedicated to the patron saint Wales

Conwy is an impressive medieval castle in beautiful Snowdonia. This powerful fortress was founded in 1283 at the mouth of the eponymous rivers. 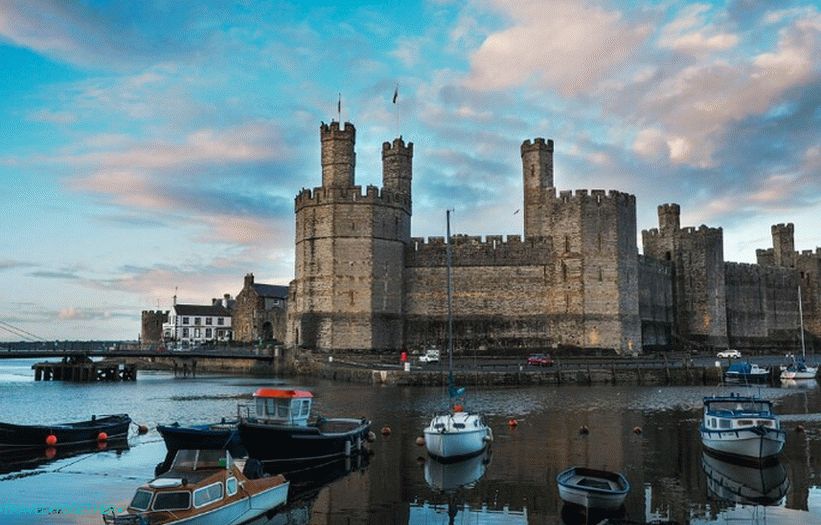 Carnarvon is a massive castle with 13 towers and two gates, which is considered one of the most impressive and well surviving medieval fortresses in Europe. The castle was founded in 13 century and is one of the largest among these buildings. Britain 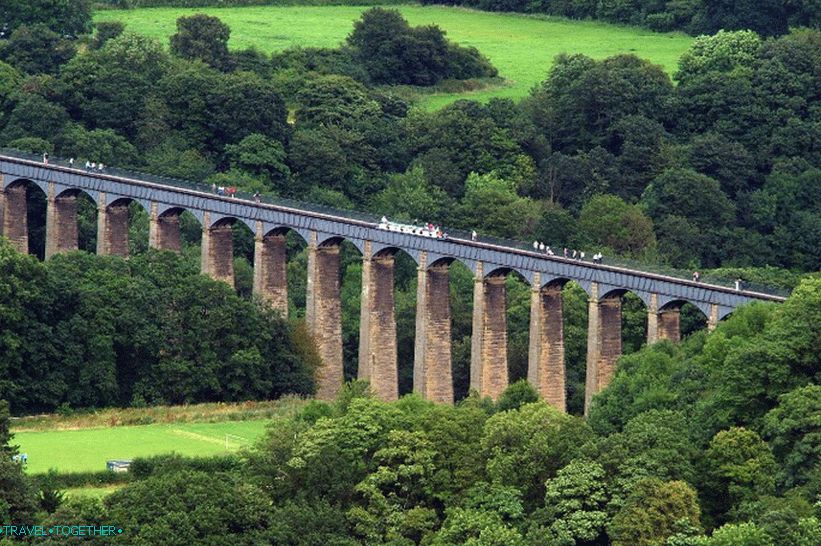 The aqueduct and channel Llangollen – a great example of civil construction and engineering included in the list of World UNESCO heritage. It is an 18-arched bridge built of stone and cast iron, which crosses the valley of the river Di.

Snowdonia – a beautiful ridge of low mountains and hills, which considered one of the most beautiful places in Britain.

Brecon Beacons – a national park and one of the most beautiful parts of Wales, known for wild ponies and mountains of red sandstone.

Pembrokeshire – the coast of the peninsula of the same name, which It is washed by the Irish Sea. This place is famous for its picturesque cliffs, pretty fishing harbors and villages.

Wales is quite popular among tourists due to the beautiful nature. Looking for housing (if you do this in advance) should not be problems. In rural areas, small hotels are combined with pubs

Welsh cuisine is simple and does not cause any association with some particular dish. Popular traditional food: 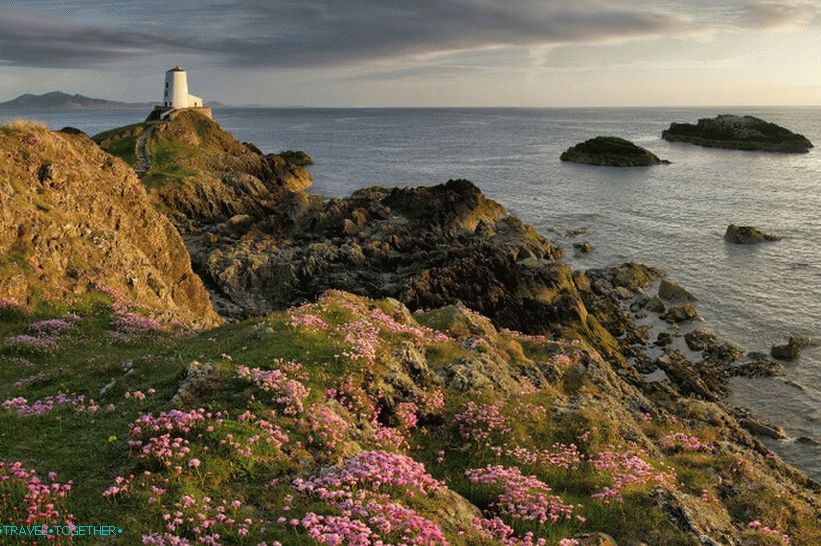 Wales on a UK map