Ventspils, Latvia: the most detailed information about the city Ventspils, the main attractions with photos and descriptions, location on the map.

Ventspils is a city in northwestern Latvia on the Baltic coast Sea, a major port. Located on the Venta River (from which, actually got its name) in the western part of the historical Kurzeme region, 200 km from the capital of Latvia – Riga and to the north from Liepaja. Ventspils – one of the largest ports of the Baltic the sea and the flower capital of the Baltic.

Ventspils is located in the north-west of Latvia on the coast Baltic Sea. The Venta River flows through the city. Climate – temperate sea with warm summers and mild winters with small frosts and frequent thaws. Ventspils is one of the oldest cities in Latvia. His education associated with the foundation of the Livonian Order castle in the late 13th century. At that time settlement was called Window. The name of the city is translated literally like “the lock on Venta”.

At the end of the 14th century, Window received city status. In the second half 16th century Ventspils is part of Courland. In the 17th century thanks to shipyard construction and trade with Western Europe the city is fast grows and develops. At the end of the 18th century, the city becomes part of Russian Empire. It is interesting that during World War II Soviet troops entered the city only on May 10, 1945. Bus routes will take you to Ventspils from Riga, Liepaja, Kuldiga and other major cities of Latvia. From Riga you need to move on A10 motorway.

The old town of Ventspils has kept only the historical layout. Of the medieval buildings, only the Livonian Order castle is preserved. The city was actively built during its heyday as a major port. in the 17th century. Therefore, in the historic center you can find houses and warehouses. 17-18 centuries.

The heart of the old city is the town hall square. Main sights of the square is the Lutheran church of sv. Nicholas, built in the 19th century in the style of classicism and House crafts. Livonian Order Castle – one of the main attractions Ventspils. This is one of the oldest medieval castles in Latvia. founded at the end of the 13th century. The modern look of the castle acquired in 19 century. Inside, preserved interior details of the 14-17 centuries. Here now There is a museum. Seaside Museum – ethnographic complex under the open sky On 4 hectares you can touch the traditions of Kurzeme.

Ventspils lighthouse on the South Mole

A popular place is the southern pier. Built in early 20 century, it is a great place to admire the sea, sunsets and ships. At the very tip is a lighthouse.

Places of interest in Ventspils: 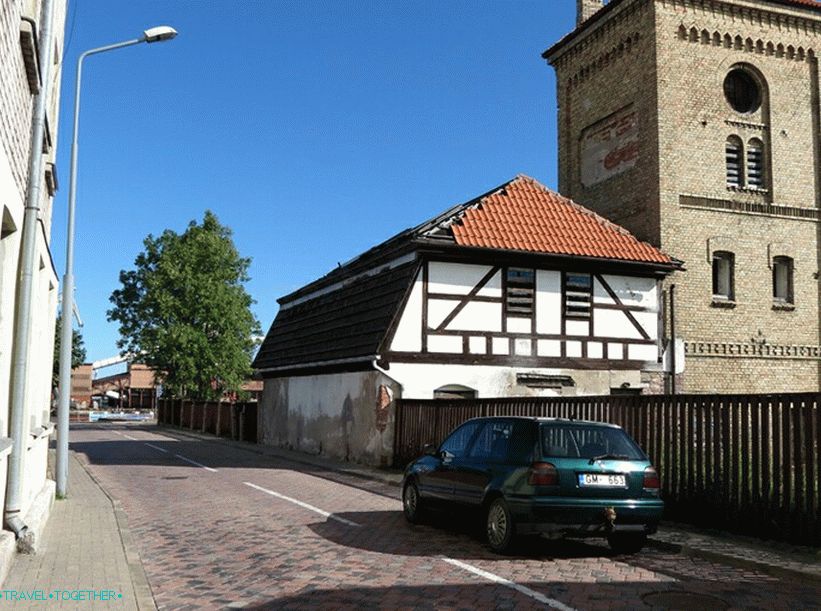 Ventspils on the map of Latvia