Varazdin (Croatia) – the most detailed information about the city with a photo. The main attractions of Varazdin with a description guides and maps.

Varazdin – a city in the northwestern part of Croatia river Drava. This ancient capital of a country that is famous for its historical the center of the baroque style, cozy squares and charming old streets. Varaždin – the pearl of Northern Croatia, the city amazing charm and cozy atmosphere. This is one of the most popular trips from Zagreb.

Varaždin is located 79 km from Zagreb on the right bank of the river Drava. The city occupies the outskirts of the Pannonian lowland with heights from 169 to 173 meters. The climate is moderately continental. On the streets Varazdin

Archaeological finds prove that the settlement is in place modern city existed in the period of the Roman Empire. Although The first written records of Varazdin date from 1181. AT 1209 Varazdin received the first status in Croatia royal city. Soon it became one of the largest and most important settlements of the continental part of the country. In addition, the city was an important trading center, being right at the intersection ways Hungary – Adriatic and Styria – Slavonia. Varazdin’s prosperity continued until the 16th century, until it appeared the threat from the Ottomans. In the 16-17 century, the city repeatedly suffered from the raids of the Turks and robbers. After the expulsion of the Turks at Empress Maria Theresa in the 18th century Varaždin for 20 years was the main city of Croatia. Subsequently, the capital was moved to Zagreb, but Varazdin is still one of most important cities in the north of Croatia.

The nearest airport is Zagreb. With the capital Varaždin connect direct buses and train. Also the city is a stop. on the way of international buses from Hungary, Austria, Germany. In historical the center of Varazdin

Varaždin is a small town, so the possibility of shopping here is not The biggest. The city market is located on Augusta Šenoe Street 12. On the street Optujska 171 is a popular shopping mall in Croatia. Supernova network center. To buy souvenirs we recommend to visit traditional craft square that operates from April to October. Most of the attractions of Varazdin are concentrated in the old town, where among the charming old streets are located Baroque palaces and ancient churches. Key attraction The city is a fortress of Stari Grad. 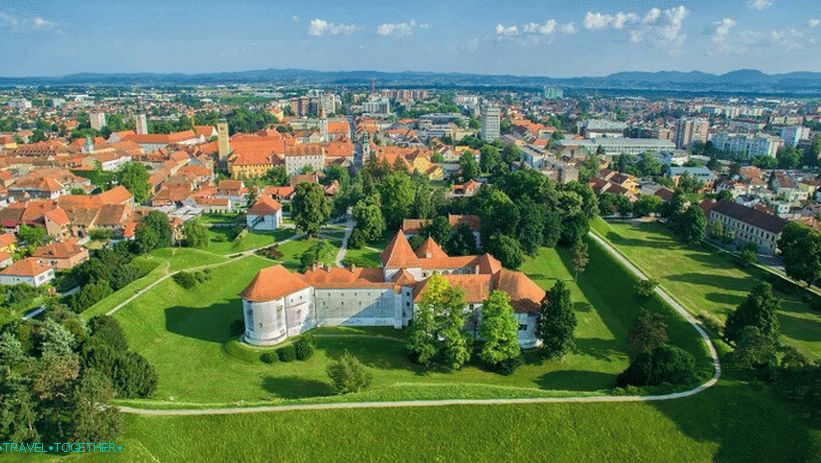 Varaždin Fortress – a beautiful medieval structure defensive type. Construction of the fortress began in the 14th century. AT 15th and 16th centuries it was greatly expanded. Then were added round Gothic towers, and the fortifications themselves were rebuilt in Renaissance style. The fortress was surrounded by high clay walls with bastions and moats with water. Since 1925, the city’s museum has been located within its walls. collections of furniture, historical portraits, weapons, paintings, watches, porcelain and glass. Nearby is the Barbican with a drawbridge, built in the 16th century in the Renaissance style. 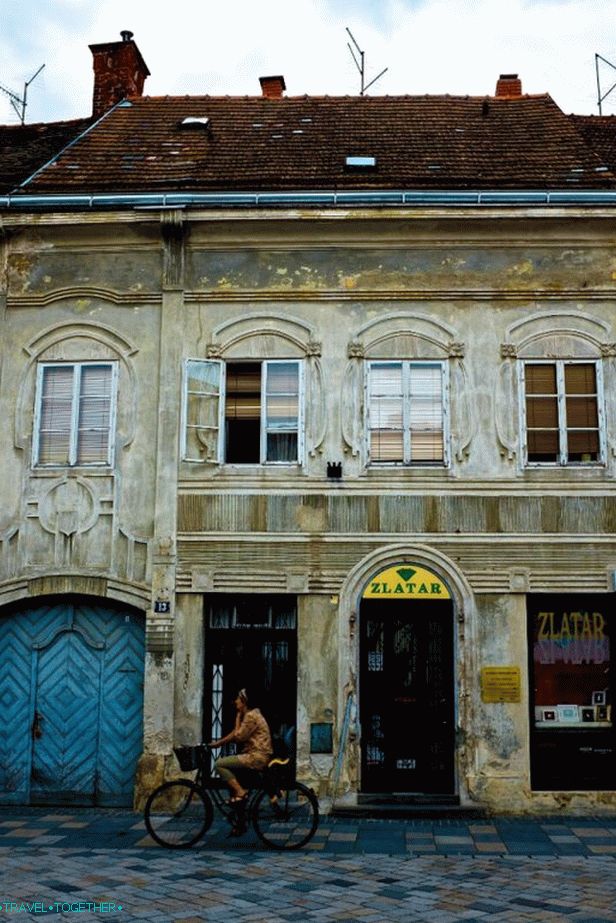 Varaždin is known as the baroque capital of Croatia. And here quite a few interesting baroque buildings, but you can also meet enough samples of Gothic, Renaissance, Rococo and even classicism. Therefore, the city will definitely like the architecture lovers. Patacici Palace – the most valuable rococo palace in Varaždin It was built in 1764. Above the stone portal is the counter reformation symbol. The palace boasts beautiful bay window and interesting facade decorations. The Sermag Palace is one of the most recognizable buildings of Varazdin, which is often called the palace of masters (since it is here there is a gallery of old and modern masters). Palace built in Rococo style in the 18th century. Keglevic Palace – an impressive Baroque palace, built in the 17th century on the site of a farm that was outside the walls Old Town. The facade in 1775 was renovated in style rococo.

The Lisak Tower is the only part of the medieval fortifications, which were destroyed in the 19th century. Here in the 16th century were located Northern or Viennese gates. Town Hall – a beautiful building with a tower on which a clock is installed. The first building of the city council was built in 1523. Current the building and the clock tower dates from 1791. Church of sv. Nicholas – Baroque parish church built on the foundation of the ancient Romanesque-Gothic church in 1761. An interesting feature is the 15th century Gothic tower, which is a very rare phenomenon in sacred architecture continental Croatia. In the niche of the tower is a statue of the saint Floriana. The cathedral is an old baroque church. Its construction was begun in the 17th century and completed in a century. Originally the church belonged to the Jesuits. Cathedral became only in 1997. The facade of the cathedral has the appearance of a triumphal arch with columns, gables and niches. Above the main portal is Statue of Mary, which was created in the 17th century. Main altar in Baroque style is the largest in Varazdin. Over the tabernacle is the baroque relief of an unknown master, depicting the image “Last Supper”.

Church The birth of jesus

The Church of the Birth of Jesus is an interesting Baroque church with beautiful tower, built in the early 18th century by the Ursulin Order. Church of sv. Floriana is one of the most beautiful churches of Varazdin, built in rococo style. The first church at this place was built in 1669 and destroyed during a fire in 1776. The current building dates back to 1777. Franciscan Church – a religious building in the style of the early Baroque of the mid-17th century. The first mention of the Franciscans in Varaždin date back to the 12th century. This order in the 13th century replaced the order St. John, whose knights built a wooden one church and hospital. The Franciscans founded a monastery here and built the current church. The tower of the temple is the highest in city ​​- almost 55 meters. One of the main features of the church is a pulpit that is a masterpiece of mannerism with a rich ornament and a series of sculptures representing the apostles and Franciscans. The department was built in the second half of the 17th century. On the south wall of the church there is a sundial.

Next to the monastery is a building on the ground floor of which was an old Franciscan pharmacy. On the square in front of the church there is a bronze statue of Grigory Ninsky – work famous Croatian sculptor Ivan Meshtrovic, who decided open the statue in Varazdin in 1932. The statue was originally Made for the city of Split. Church of sv. Vita is an ancient church next to the Capuchin monastery. It is one of the oldest religious buildings of Varazdin. The church was founded in the 13th century. The current building was built in 1779. year (after the old was destroyed by fire). To church adjoins the cemetery. In Varazdin there is a small Orthodox church built in late 19th century.

Varazdin on a map of Croatia