Utrecht (Netherlands) – detailed information about the city from a photo. The main attractions of Utrecht with a description guides and maps.

Utrecht is the fourth largest city of the Netherlands, located in the heart of the country. The city was built around a tall tower. the cathedral, which is visible from almost any angst. Utrecht is “Amsterdam in miniature” and the bicycle capital Holland: picturesque canals with unusual wharves, beautiful water houses and cozy cafes, the historic center with little or no cars and thousands of bikes around. Also Utrecht is the country’s religious center and one of the largest railway knots. And here is the largest Dutch the university.

Utrecht is located almost in the center of the Netherlands in the east Randstad Province. The climate is temperate marine. Warm summer, winter mild with an average temperature just above zero. 800 drops out for a year mm of precipitation. 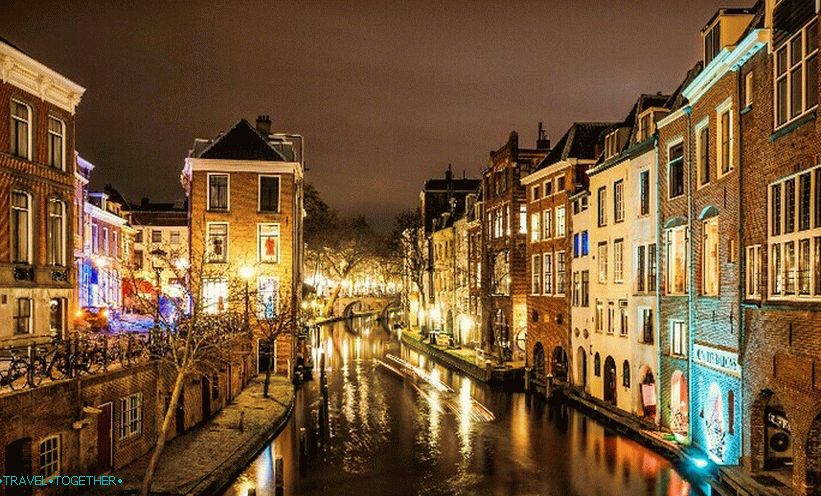 Utrecht is much older than Amsterdam. Already by the middle of the 1st century our era here appeared the Roman garrison and a fortress was built, which was on the site of the current cathedral. The fortress protected northwest borders of the Roman Empire. In the 2nd century wooden the paling would be replaced by stone walls, fragments of which are visible under buildings of the Dome Square. 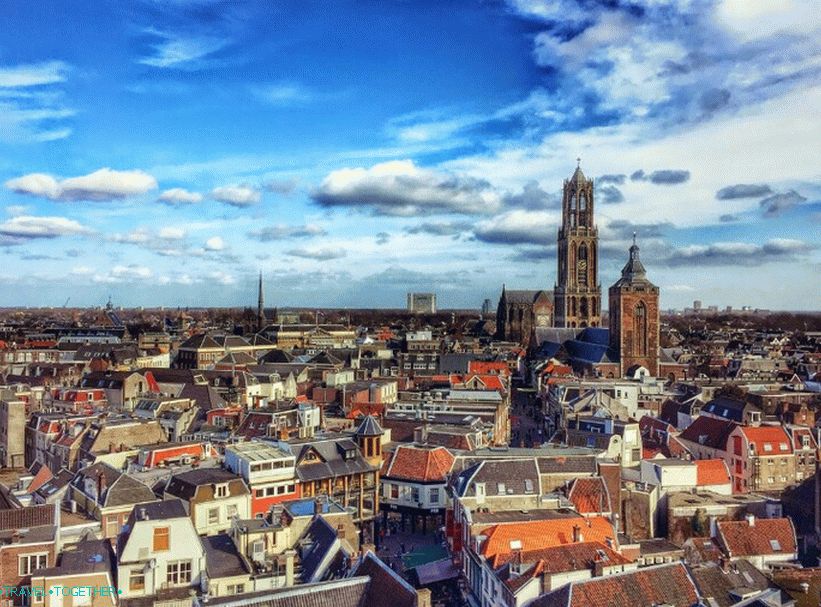 In the second half of the 3rd century, the Romans left a fortress. In the 6th century Utrecht becomes the capital of Frisia. At the end of the 7th century there was formed a bishopric. And in 1122 the settlement received urban the rights. While Amsterdam was a small fishing village, Utrecht was the most important city in North Holland. 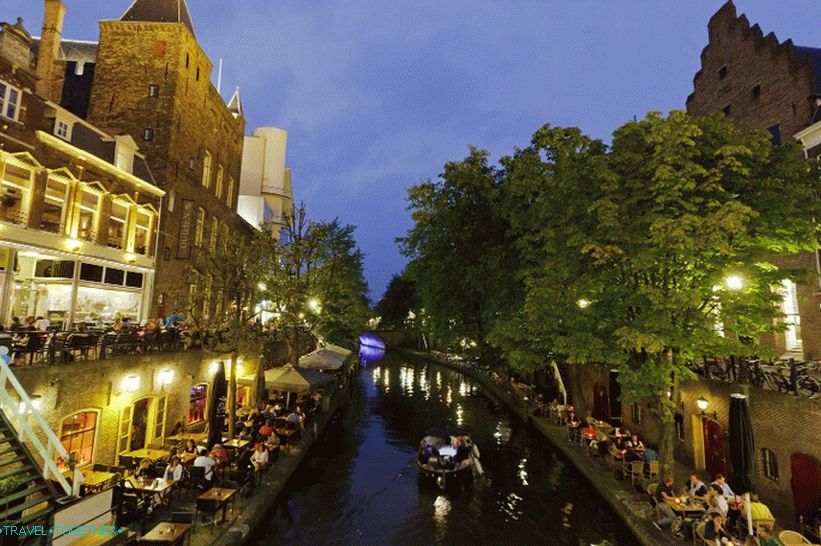 In 1579, the union of seven Dutch provinces was signed here. against the Spaniards, which was the beginning of the Dutch statehood. In the 19th century, the role of Utrecht as a fortified city gone to no. City fortifications were destroyed to expand cities. In 1843, the railway connected the city with Amsterdam. Soon with the advent of the industrial revolution, Utrecht becomes the mainstream railway center of the Netherlands. 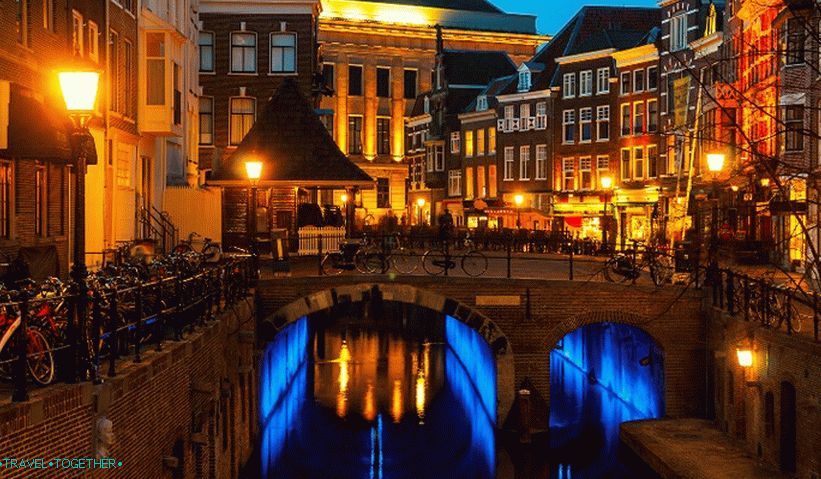 During World War II, Utrecht was under German occupation until May 5, 1945.

Utrecht is the largest railway hub in the Netherlands. The city is easily accessible from almost any city in Holland. Amsterdam Airport is located half an hour away by train. Are available high-speed railway communication with Cologne, Frankfurt, Basel. There are also daily trains from Berlin, Copenhagen, Prague, Warsaw, Zurich and Munich. Utrecht also has excellent car availability. 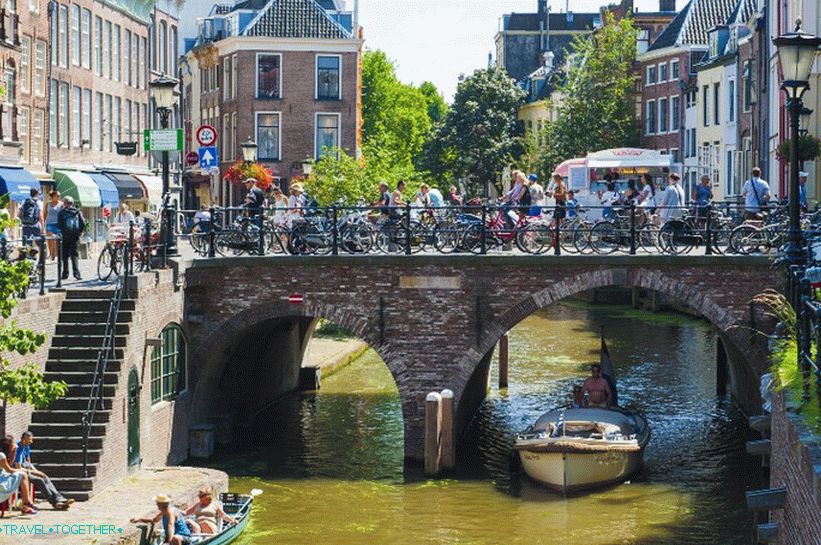 Cyclists on the streets of Utrecht

The main attractions of Utrecht. 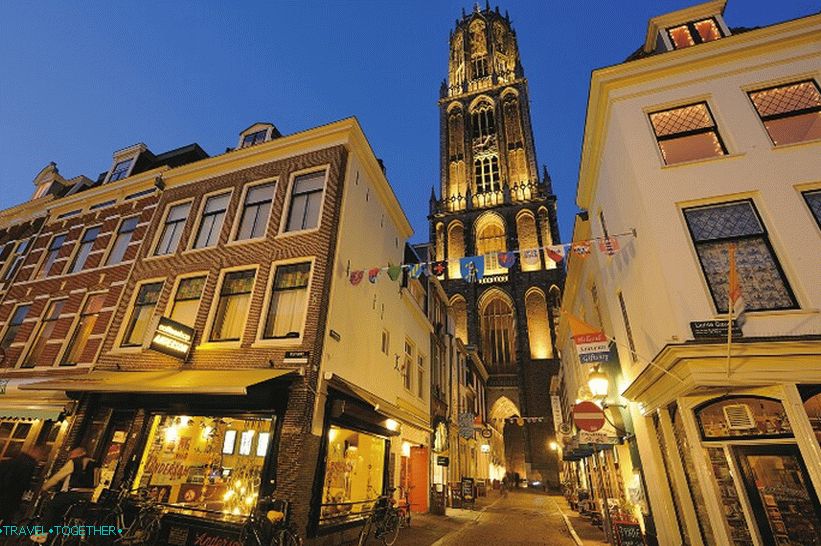 Dome Cathedral with a tower

Dome Cathedral on the same square – the oldest place of Utrecht, a symbol of the city and a masterpiece of architecture in the style of the Dutch Gothic. Despite the fact that the cathedral lost its interior decoration during Reformation, it is still the most valuable architectural monument and culture. The modern building of the cathedral was built in the period from 1284 to 1520 years. The huge cathedral tower bell tower is separated from the main buildings after a severe hurricane that occurred in the 17th century and collapsed nave. The tower is the tallest and oldest in Holland. Its height is 112 meters. To climb The observation deck needs to overcome 465 steps.

Under the Dome Square is a unique museum, which tells about the 2000-year history of Utrecht from the Roman times. 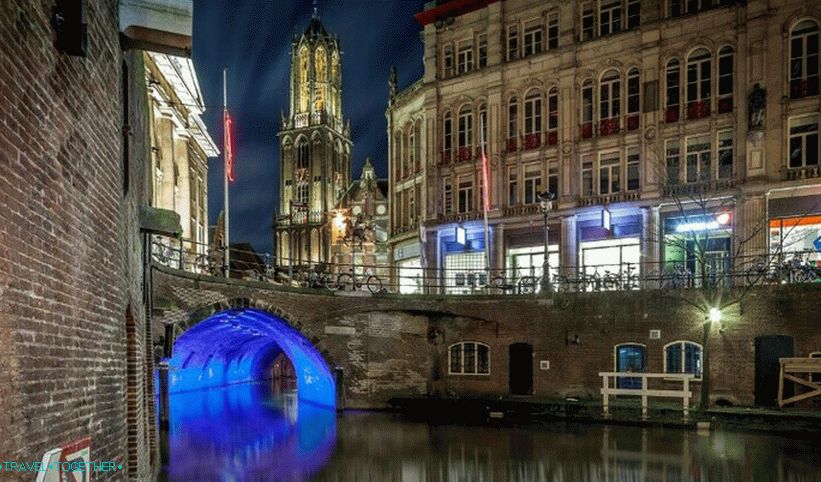 Utrecht canals and moorings are one of the main attractions of the city and the unique structures of the ancient engineers.Oudegracht (main channel) runs in the heart of the city and was built to change the course of the river. In the 13th century were built smaller canals and moorings. Almost all houses near the canals there were deep cellars that were used for storage products. We recommend a boat trip along the canals or sit by the water in a cafe with terraces. 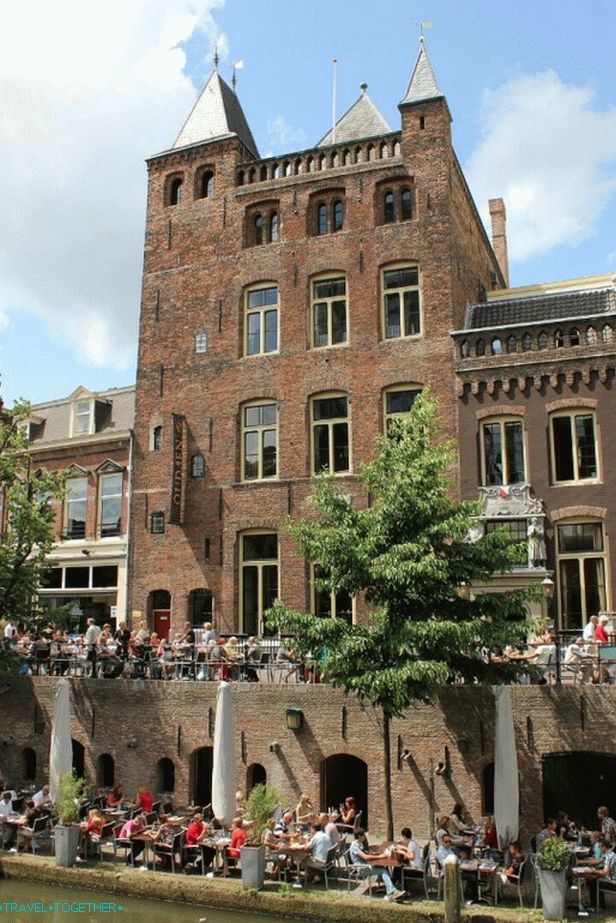 Oudaen is a 13th century gothic brick building belonging to ecclesiastical like a castle. 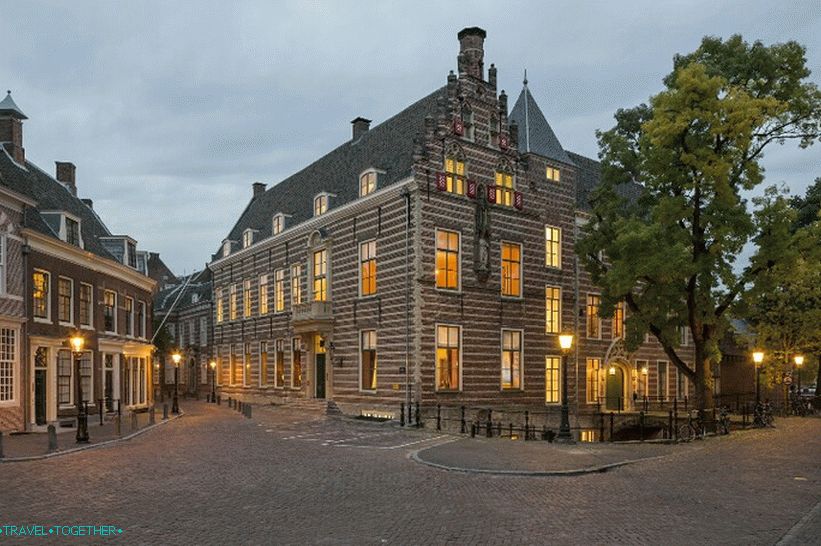 The Papal House is one of Utrecht’s oldest buildings, located in historical center. It was built for the 16th century for the first and so far. the only pope from Holland – Adrian. 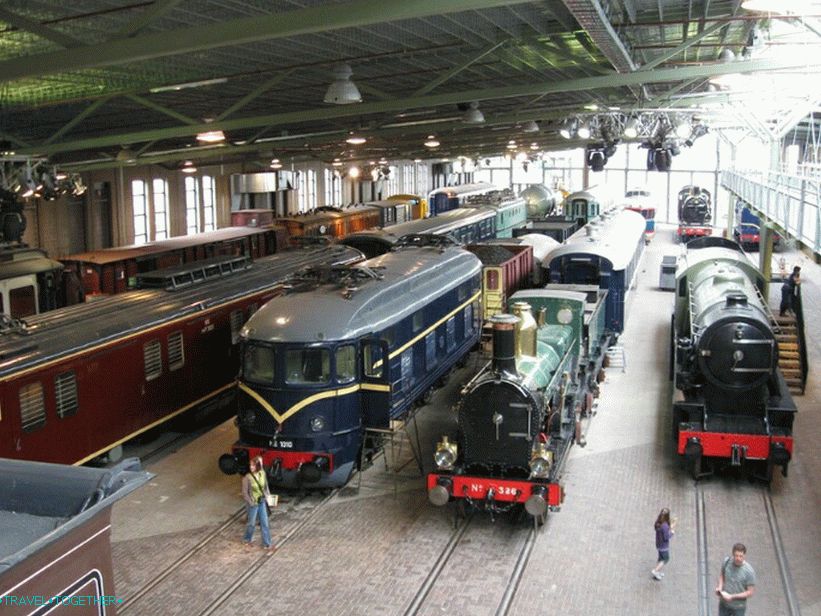 The Railway Museum is one of the most interesting museums in Utrecht, which offers several rides. 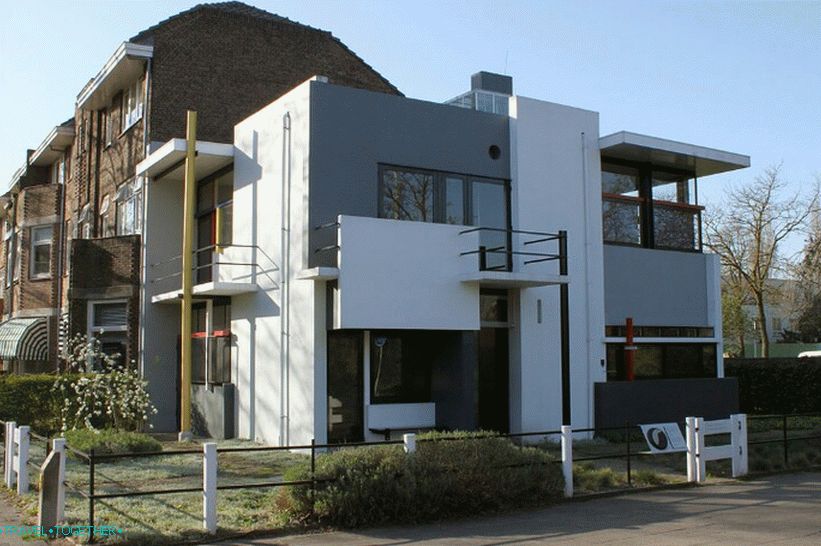 Utrecht on the map of the Netherlands