Tukums, Latvia: the most detailed information about the city of Tukums, main attractions with photo and description, location on map.

Tukums – a city in Latvia, located less than 100 km west of Riga. It is a picturesque small town with a nice place. preserved historical center, an old wooden architecture and charming provincial atmosphere. Tukums – a city of gardens and flower beds in which you will find hospitality residents, several curious sights and delicious inexpensive food.

Tukums is located in a beautiful forest area in western Latvia and marshes next to Kemeri National Park. Relief mostly flat. Distance to the Baltic coast is 20 km. Climate – moderately continental with warm summer and mild winters. 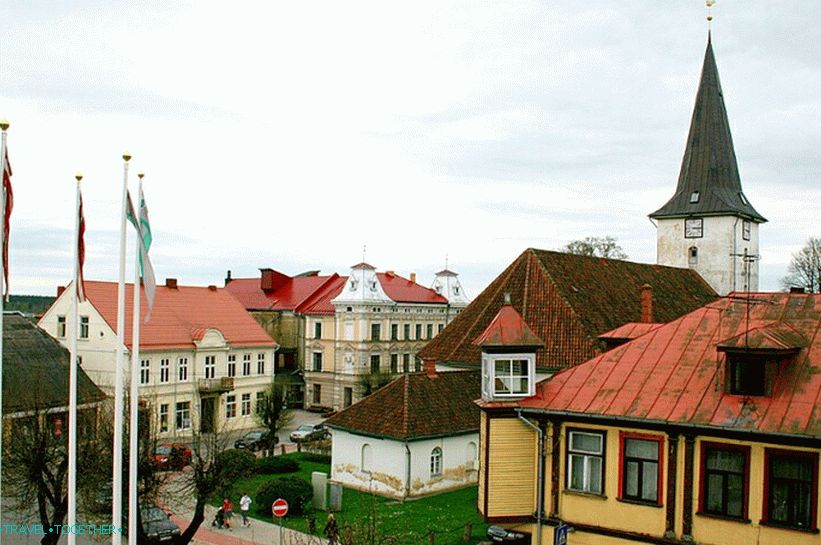 In the 13th century, a small fortification was located on the site of Tukums. wooden palisade. The first mention of the city dates back to 1253 year After the invasion of Latvia, the Knights of the Livonian Order here in At the end of the 13th century, a new castle was built. In 1445, Tukums received city ​​rights.

After the creation of the Kurzeme region, Tukums became its center. City was repeatedly ruined during the Swedish-Polish and Northern Wars. AT The 18th century castle lost its strategic military significance.

Tukums is located near the A10 motorway, leading from of the Latvian capital in Ventspils. Every hour and a half from Riga goes a train. Bus routes connect the city with Riga, Kuldiga, Talsi, Ventspils.

The historic center of Tukums is a city building 14-18 centuries with the inclusion of relatively modern items.

The center of the old town is the square Brivibas. Since time The medieval square is the heart of the city and the place is lively trade. Now a fountain is installed on the square and flower gardens are broken. flower beds. 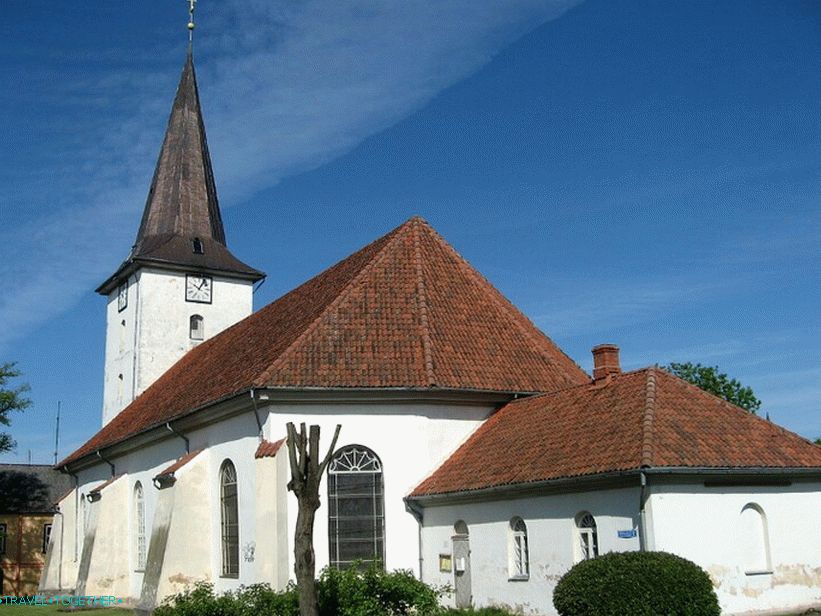 The Lutheran Church is one of the oldest buildings in the city, the construction of which dates from the first half of the 17th century. On 20 meter tower can be climbed. 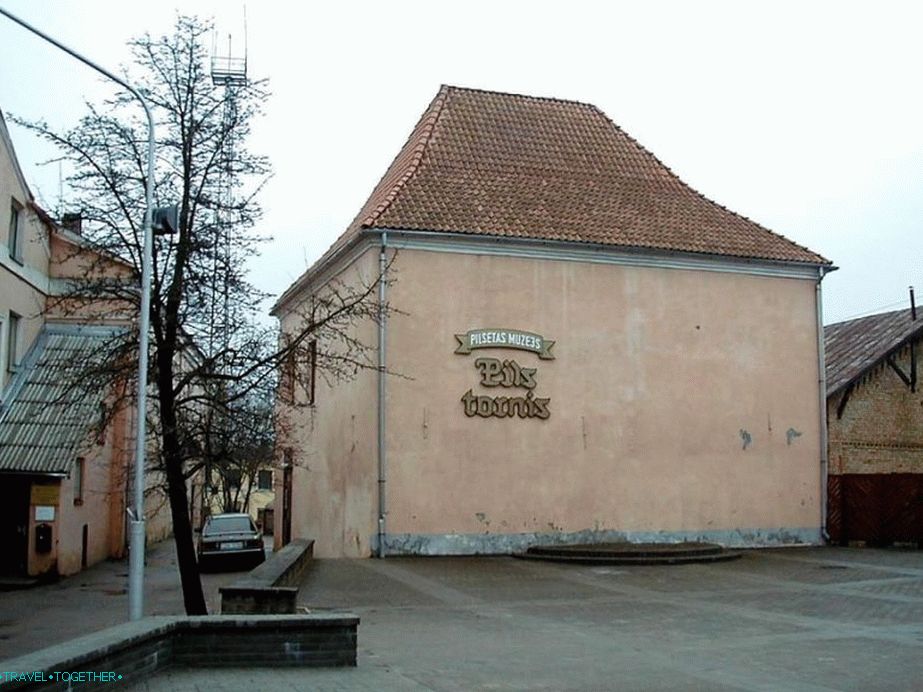 Palace Tower – a fragment of the oldest building of Tukums – Livonian castle. Built in the 13th century, the castle was destroyed after The Northern War was never restored. In the 18th century, part of the castle was modernized for urban needs. Here now there is a museum. 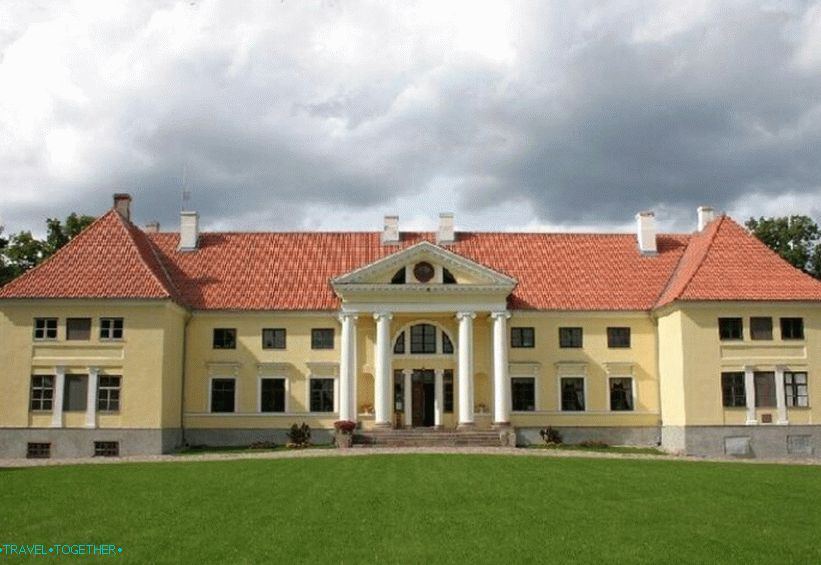 Durba Castle – a building in the style of classicism, built in first half of the 19th century. Although the first buildings were built on this place in the 15th century. The castle adjoins the castle. 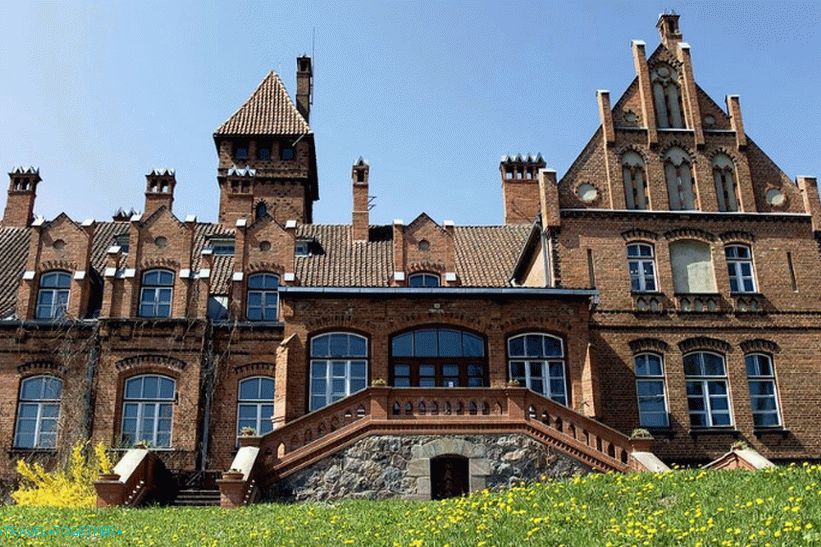 Jaunmoku Castle – an interesting building of the early 20th century. Located not far from Tukums. 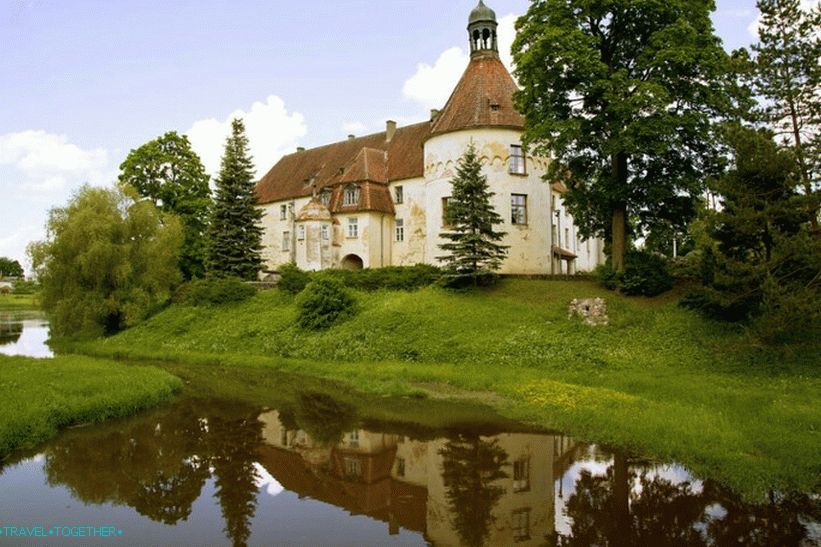 Jaunpils Castle – the most interesting of the castles near Tukums with charming medieval atmosphere located a bit south of the city. The shape of the castle has not changed since late Middle Ages. Also here is a 16th century church and an old water mill.

Tukums on the map of Latvia