Trnava (Slovakia) – the most detailed information about the city with photos. The main attractions of Trnava with descriptions, guides and cards.

Trnava is an ancient city in the west of Slovakia. Has a beautiful historic center which is full of impressive monuments architecture and culture. Trnava is a charming city located just 50 km from Bratislava. Known by several magnificent sacral buildings, thanks to which he received nickname “little Rome”.

Trnava is located in Western Slovakia at the foot of the Small Carpathians and is the center of the natural region Dolne Povazje. The city is located on the Trnavka River, northeast of Bratislava. Trnava has temperate continental climate with warm summers and cool in the winter.

Trnava was probably founded at the end of the 9th century as a small market settlement at the crossroads of medieval trade routes from Bohemia (Czech Republic) to Hungary and from the Mediterranean to Poland. First references to the city date back to 1211. Already in 1238 Trnava received city rights (the first in the territory of Slovakia). At 13 and 14 For centuries, the city became a major center for trade and crafts, and was also surrounded by thick walls.

In 1432 Trnava was captured by the Hussites and until 1435 was one of the centers of their movement. The city achieved the greatest prosperity in the 16th century thanks to trade. Also in 1541, Trnava was moved the residence of the bishop, which further strengthened its position. The importance of the city declined in the 19th century. After the creation of Czechoslovakia Trnava was one of the most industrialized cities Slovakia. Trnava has a beautiful old town that has largely preserved its historical atmosphere and architecture. Most unique it A special feature is the preserved urban fortifications, which were built from the 13th to the 16th century. They are considered one of most significant monuments of this type in Europe.

In the historical center of Trnava there are many places that are not famous for something specific, but it’s just nice to walk around them, examining the facades of old baroque buildings and rococo. The tallest building of Trnava and the real symbol of the city is the city tower, built in 1574. She has height 57 meters and a viewing platform at a height of 29 meters with an impressive overlooking the historic center. The tower also boasts the bells of the 17th century, ringing twice an hour, and the only ones in city ​​sundial.

Basilica of sv. Nicholas – one of the oldest sacred buildings Trnava, built between the 14th and 15th centuries. This beautiful gothic a church with a baroque chapel, added in the 18th century, Devoted to the patron of merchants and merchants. 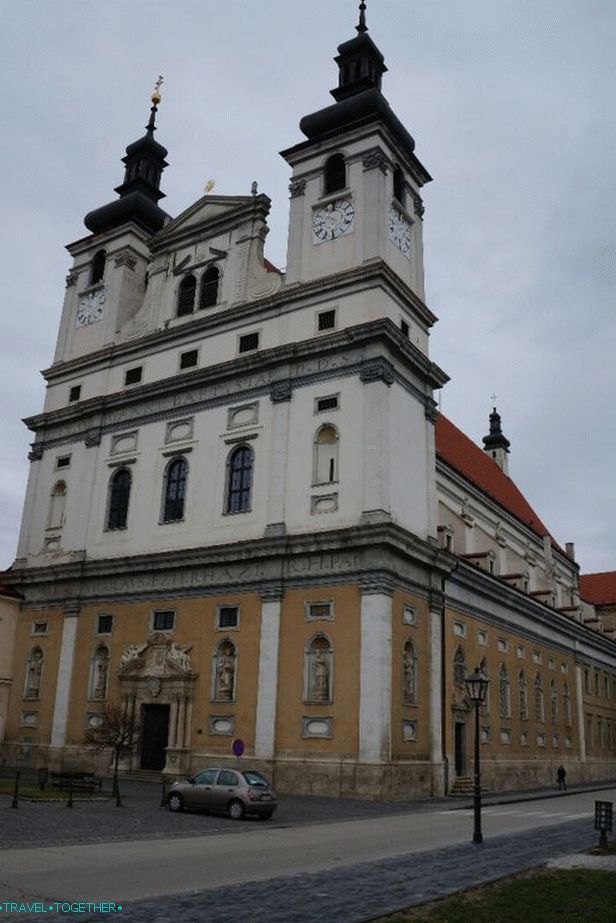 Cathedral of sv. John the Baptist is considered the most The symbolic and beautiful building of Trnava. This is a single-nave church with two beautiful towers, built in 1637. Is the first completely baroque building in Slovakia. The cathedral has beautiful interior with an impressive wooden altar of the 17th century, and also decorations in the form of paintings and gilded elements. Church of sv. Jacob is one of the oldest buildings in Trnava. Was built by the Franciscans in the 14th century and at that time was part of monastery, which was considered one of the largest in Slovakia. Current baroque architecture is the result of the restoration of this religious buildings after several fires that occurred in second half of the 17th century. 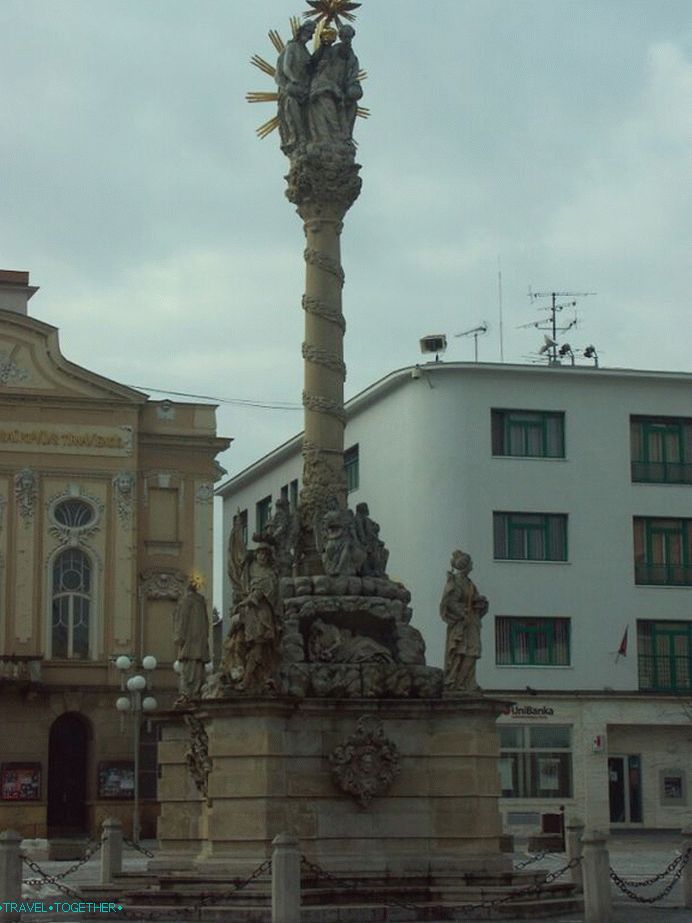 Statue of sv. Trinity – Baroque sculpture, which dates from 1695 year

Trnava on the map of Slovakia