Trento, Italy – detailed information about the city. Guide to the city of Trento: popular attractions with photos and description

Trento is a city in Northern Italy in the Trentino region – Alto Adige. The city is located in a picturesque valley in the headwaters. Adige River at the foot of the Alps between Verona and Bolzano. Not far from Trento are beautiful lakes – Garda, Caldonazzo, Leviko and Toblino. 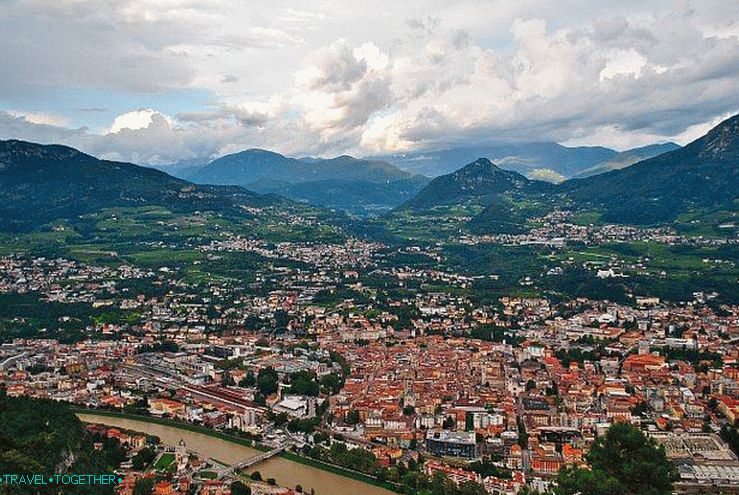 The old town of Trento is an interesting monument of history and culture, ancient castle, churches and palaces. In recent years old the city was significantly restored. Also Trento is a city which can offer not only monuments, palaces and castles with rich in history, but also a relaxing atmosphere, interesting cultural program, cuisine and excellent opportunities for active recreation.

The history of Trento begins around the 4th century BC. Many Researchers believe the city was founded by the Celts. In the 1st century BC. Trento was conquered by the Romans and became part of the Roman Empire. Due to its good location, the city had an important strategic and trade value. 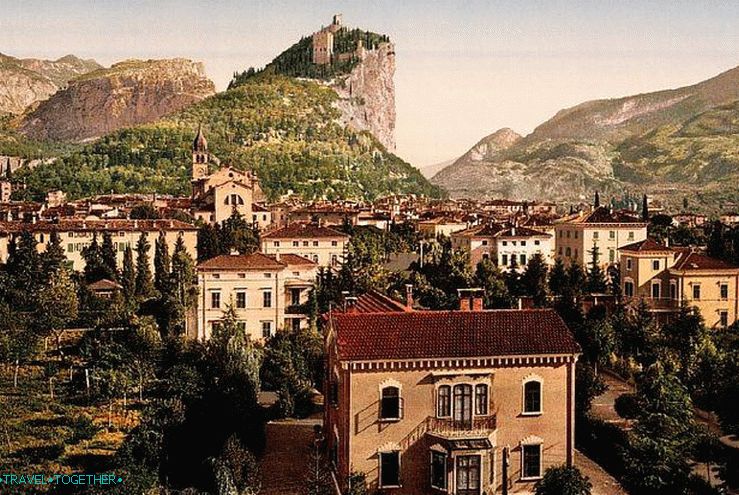 First of all, Trento developed as a military settlement: from one the city was bounded by the Adige River, on the other three sides walls and moats with square towers and powerful gates. Main The entrance to the city was defended by two large round towers. City planning was strict and orderly. 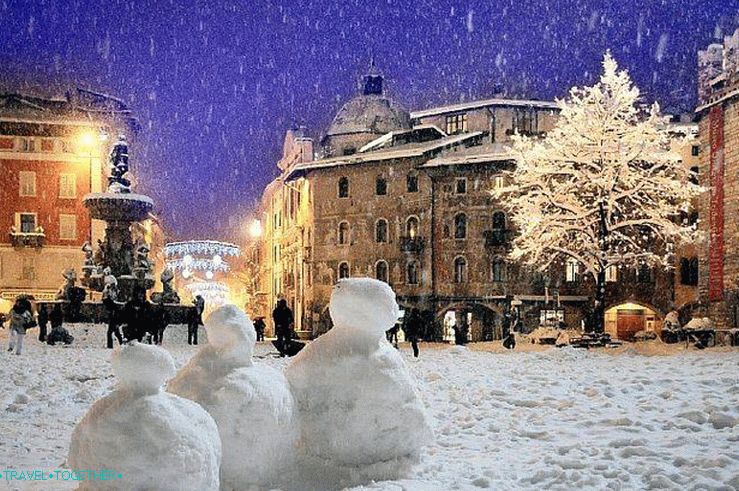 In the 4th century, with the collapse of the Roman Empire, Trento fell under the rule of churches. In the sixth century, Trento was captured by the Goths. Next, the city and the region was conquered by the Lombards, later by the Franks and Bavarians, who made continuous raids on the territory of Trentino – Alto Adige.

At the end of the 10th century, Trento was incorporated into the Holy Roman The empire. In the middle of the 11th century, Emperor Conrad II created a bishopric Trent, who bestowed considerable land ownership in the South Tyrol and the status of the principality. 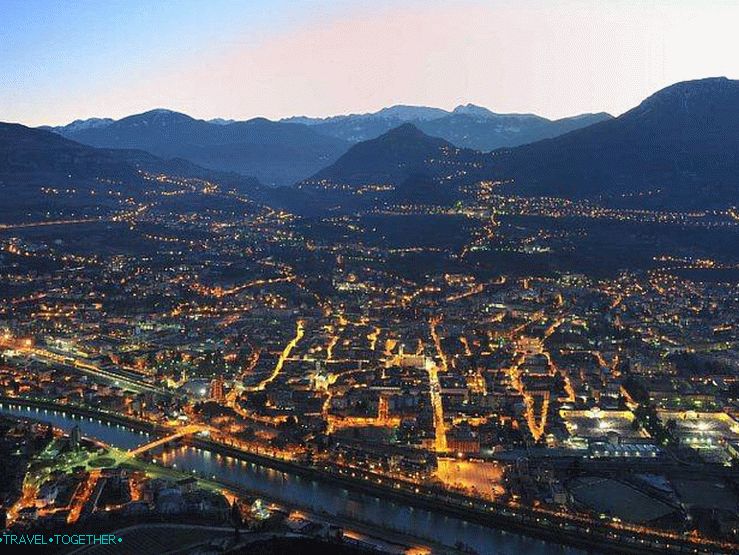 Over time, the value of the city fell and he entered the zone influence of the Tyrol graphs. In the 16th century, the bishopric fell under the protectorate Austrian Habsburgs who actually subjugated bishopric Nevertheless, Trento retained formal independence. before the Napoleonic Wars. The structure of the principality were enough vast areas in South Tyrol, on both banks of the river Adige 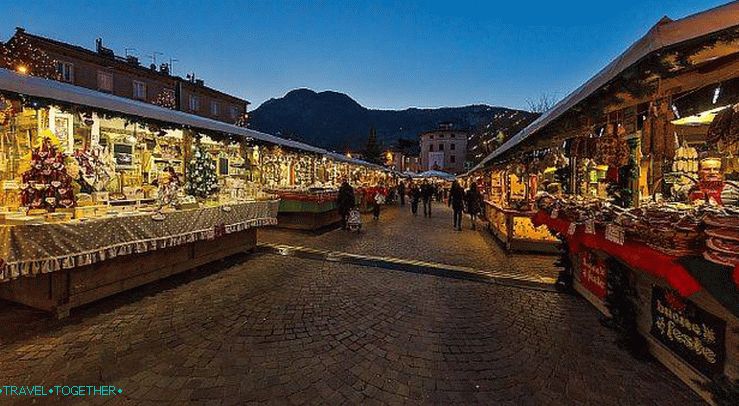 Since the mid-20th century, Trento and the region have been autonomies are experiencing an economic and cultural boom.

When is it best to visit Trento?

It all depends on your preferences and what period of the year you more to your taste. Trento is beautiful in winter – snowy peaks of the Alps, winter sports, in spring – when everything blooms here, in summer – it is fresh and cool and autumn – beautiful views of nature and good weather. The smallest number of tourists here is in April-October-November.

In Trento there are many food outlets with both local and Italian cuisine as well as fast food. 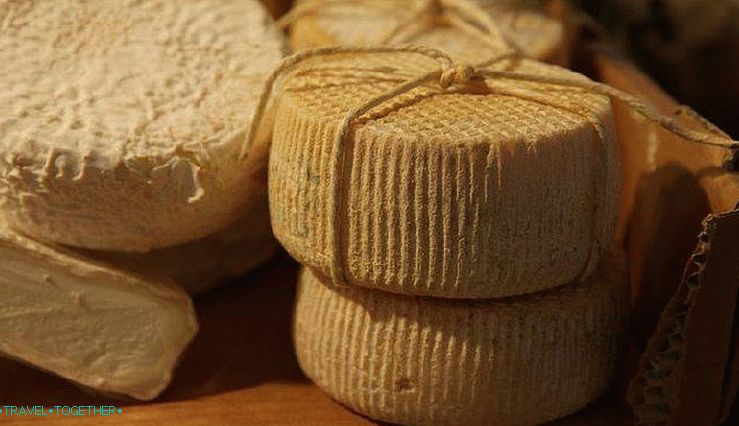 Among the dishes and drinks we recommend to try local wines and cognacs, cheeses (Asiago, mozzarella, Caciotta, Robiola, Tosela, Vezzena, Spressa and others), sausages and jerky, polenta, Apple strudel. 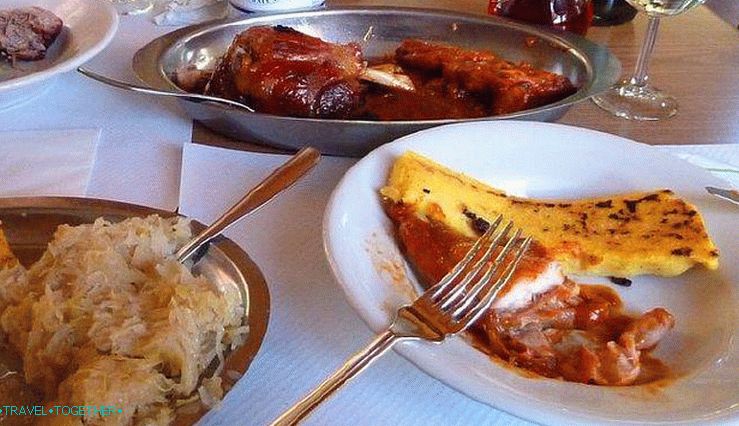 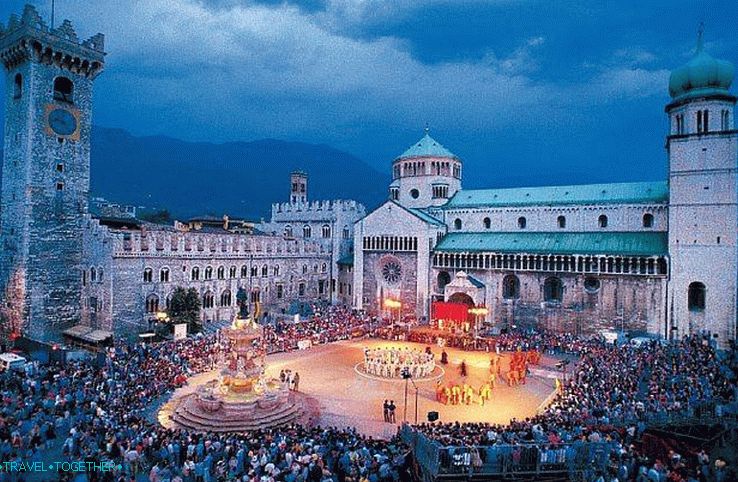 Here are the following attractions: 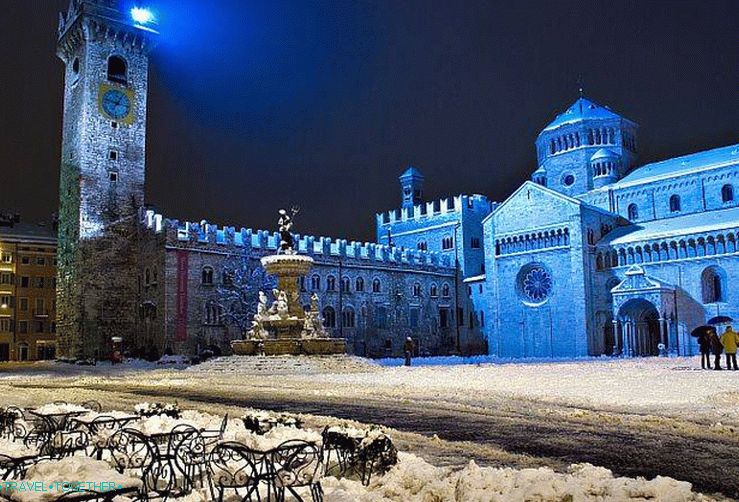 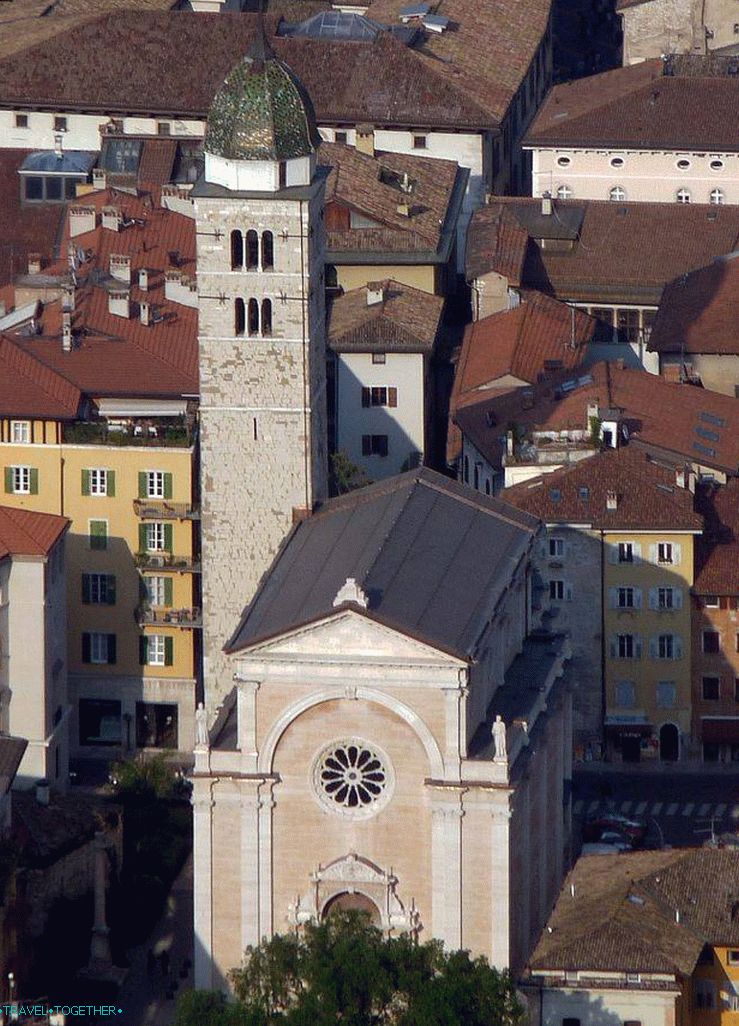 Palazzo delle Albere – an old mansion built in the middle of the 16th century in the Renaissance style. This is a fortified building, which is a square fortification with four corner towers. 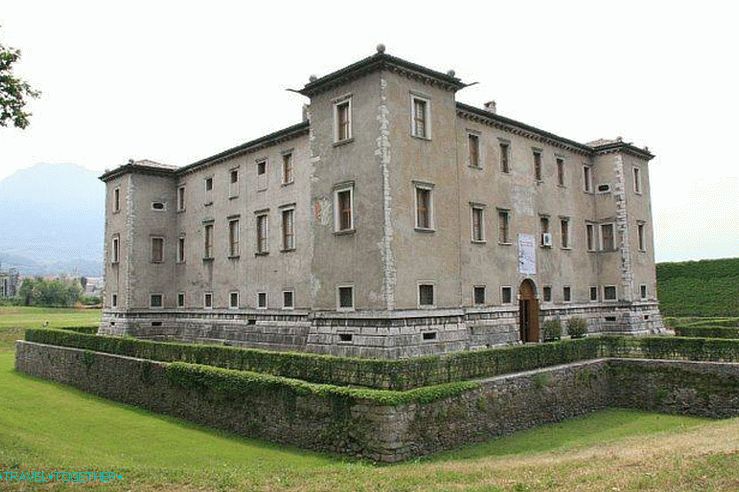 Castle in Trento (Castello del Buonconsiglio) – one of The main attractions and symbols of the city are magnificent castle of the 13th century. The castle was built for defensive purposes on rocky hill. Currently, its appearance is the result. centuries-old add-ons and rearrangements.

The oldest part of the castle is made in the Romanesque style with original elements of the old castle of the thirteenth century, which It was rebuilt in 1440 and completed a large round tower.

At the beginning of the 16th century, the castle was rebuilt in the Renaissance style, later – in baroque style. 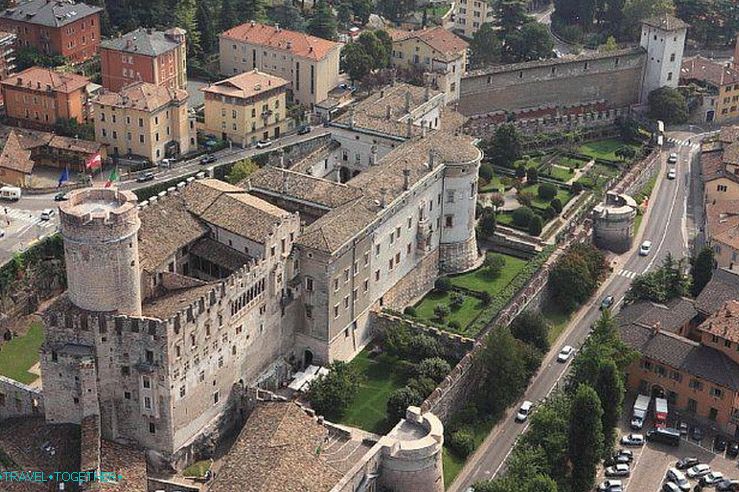 The mausoleum is a 16 marble columns with a height of 14 meters on a round pedestal. 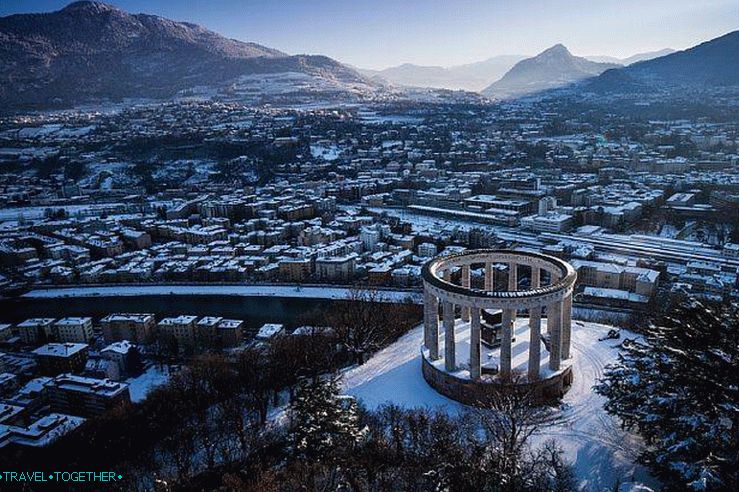 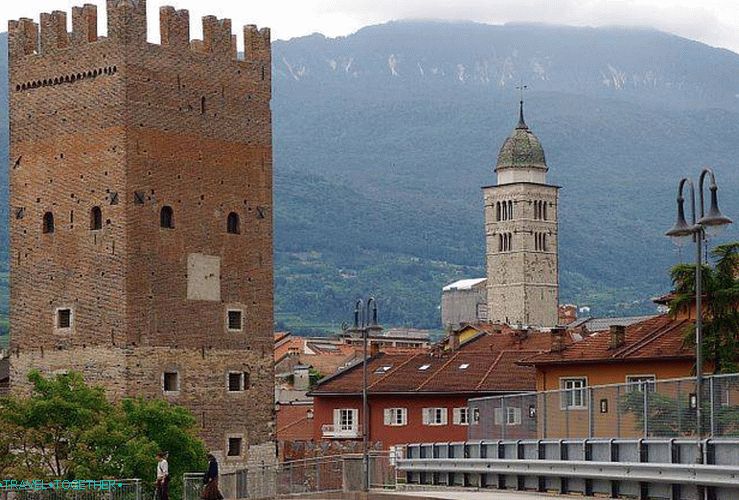 The green tower is a stone tower from the middle of the 15th century. 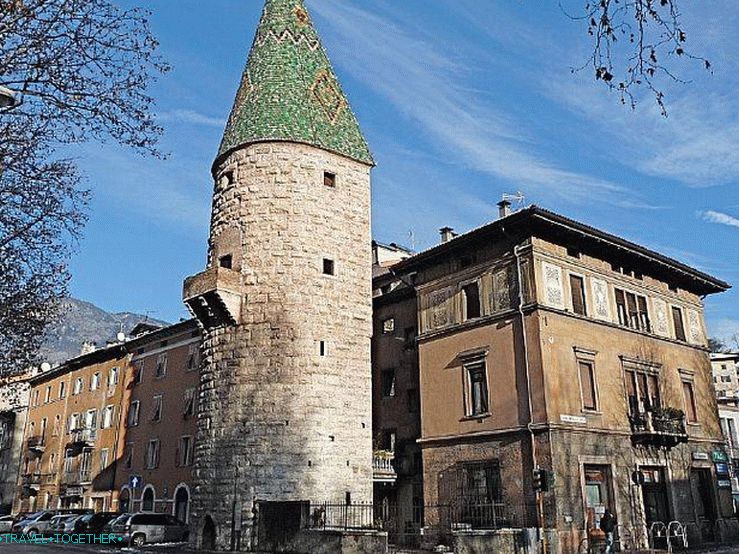 Trento on a map of Italy