Svetitskhoveli or the Cathedral of the Twelve Apostles – one of the oldest and most important churches of Georgia, located in Mtskheta in 20 km from Tbilisi. This outstanding monument of sacred architecture and the country’s largest preserved medieval cathedral. 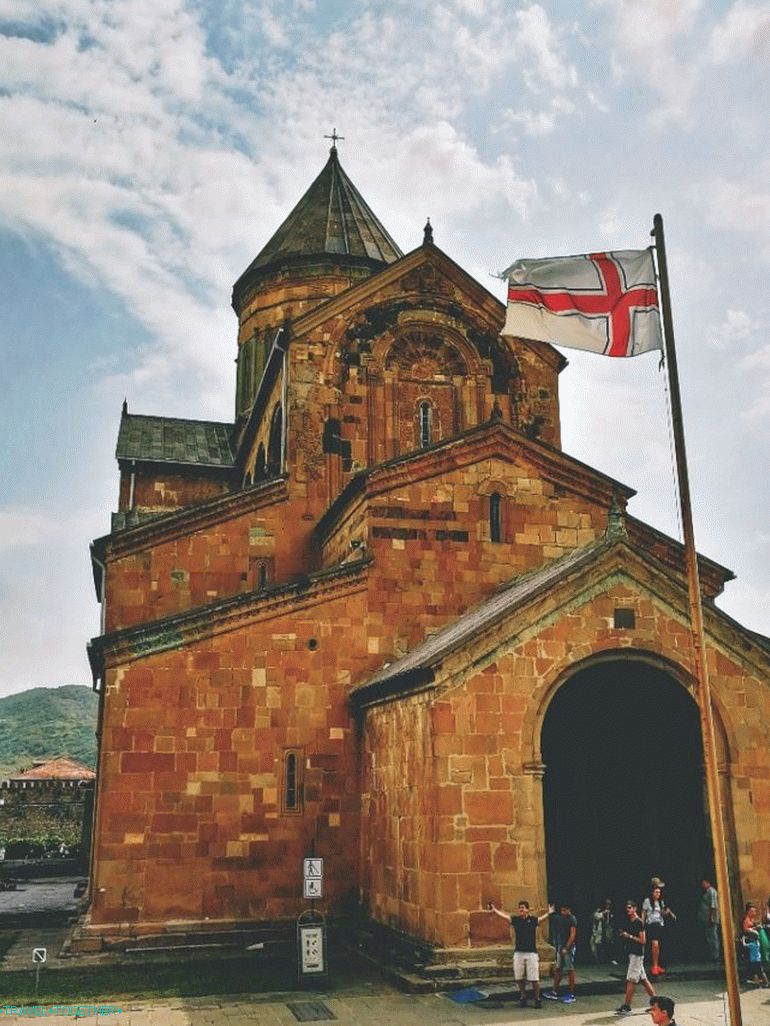 Svetitskhoveli was built between 1010 and 1029 years project architect Arsukidze. In the 4th century on the site of the future the cathedral was located a small church, which to 5 century was replaced by a stone three-nave temple. Fragments of those Ancient churches can still be seen in its structure. 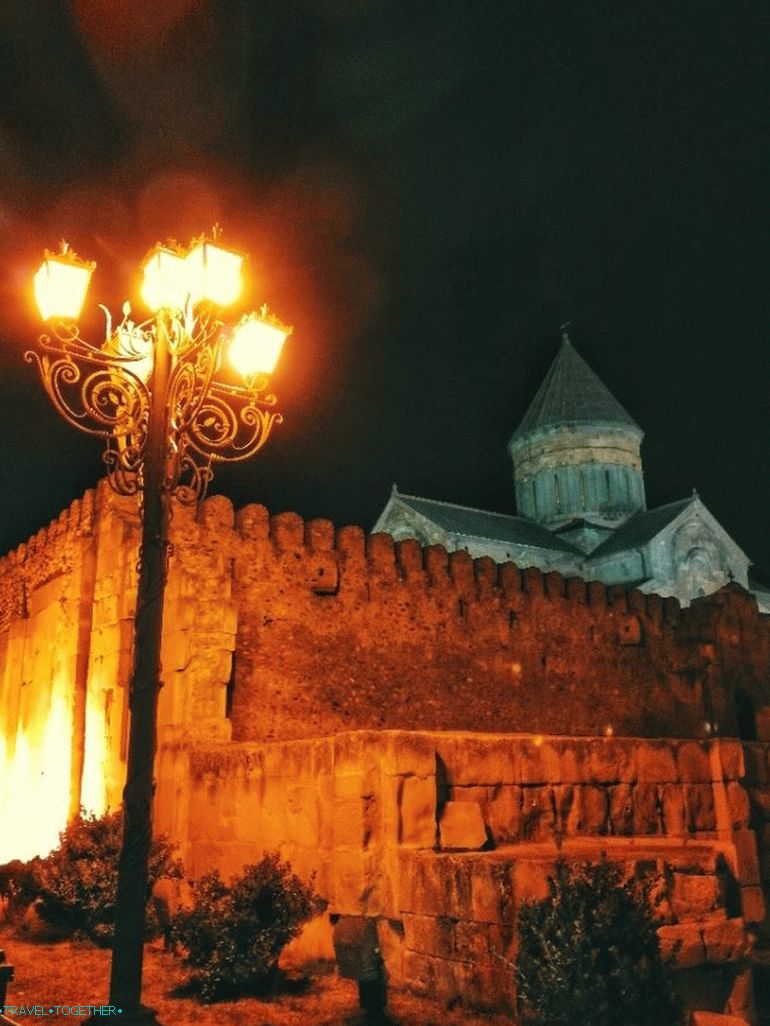 The temple was restored in the 15th century. In the 18th century, the perimeter of Svetitskhoveli surrounded by a wall. 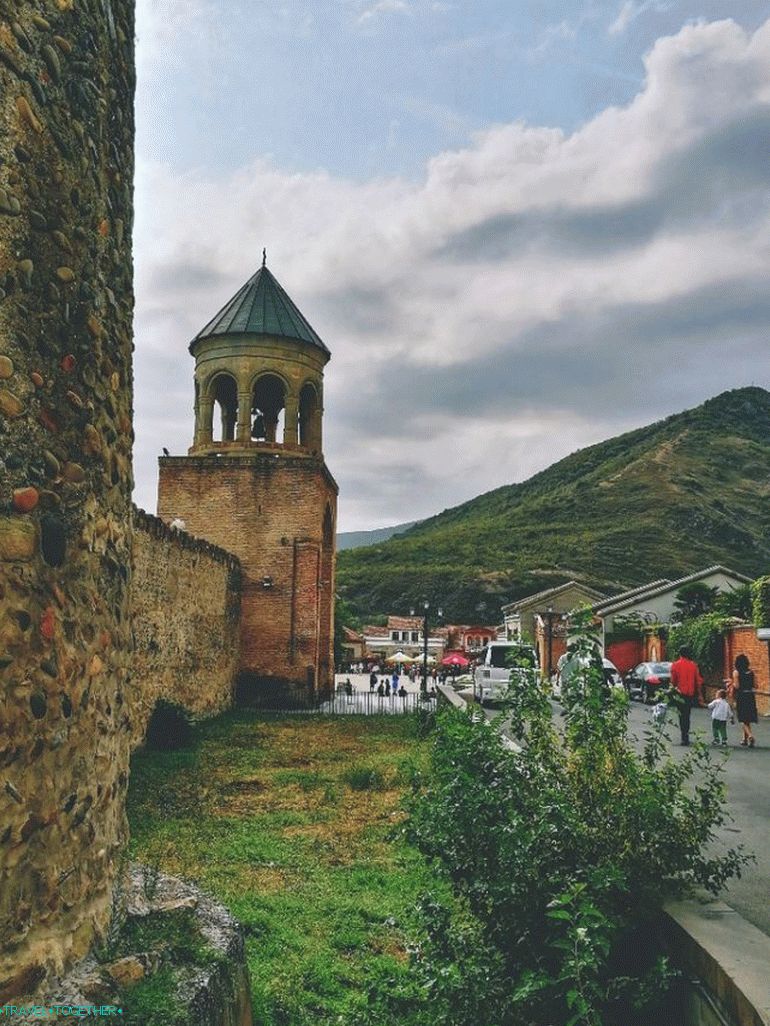 Svetitskhoveli is a masterpiece of Georgian architecture. Cathedral It has a rectangular structure and is built in the shape of a cross. Inside are important relics: the mantle of Christ, part of the relics of Andrew Pervozvannogo, ancient icons, murals. In Svetitskhoveli resting several Georgian kings and patriarchs. 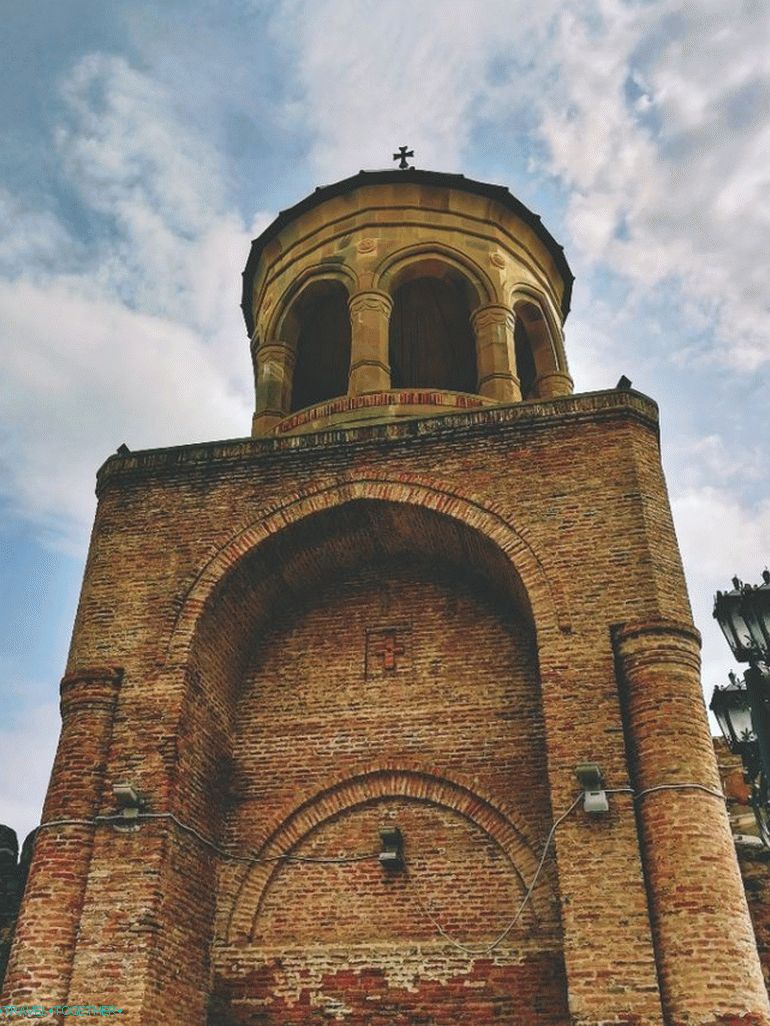 In the 15th century a small chapel was built inside representing a copy of the Church of the Holy Sepulcher in Jerusalem. The fortress wall surrounded Svetitskhoveli in the 18th century. On the west On the side there are ancient gates and remains of a palace.

Svetitskhoveli on the map