Spain – the most detailed information about the country with a photo. Sights, cities of Spain, climate, geography, population and culture.

Spain is a state in South-Western Europe. This is one of the largest countries of the European Union, located in the Iberian the peninsula and occupying more than 2/3 of its territory. Spain borders with Portugal in the west, France and Andorra in the north, Gibraltar and Morocco in the south. The state consists of 17 autonomous communities and 2 autonomous cities and is a constitutional monarchy.

Spain is one of the most popular tourist destinations. Europe. The country is famous for its beaches and the sea, food and nightlife. life, special atmosphere and friendliness of the locals. Interesting, that by the number of UNESCO World Heritage Sites Spain second only to Italy and China. In addition, it is a country with a large geographical and cultural diversity. Here you can find almost everything: from lush meadows and snowy mountains to marshes and deserts. 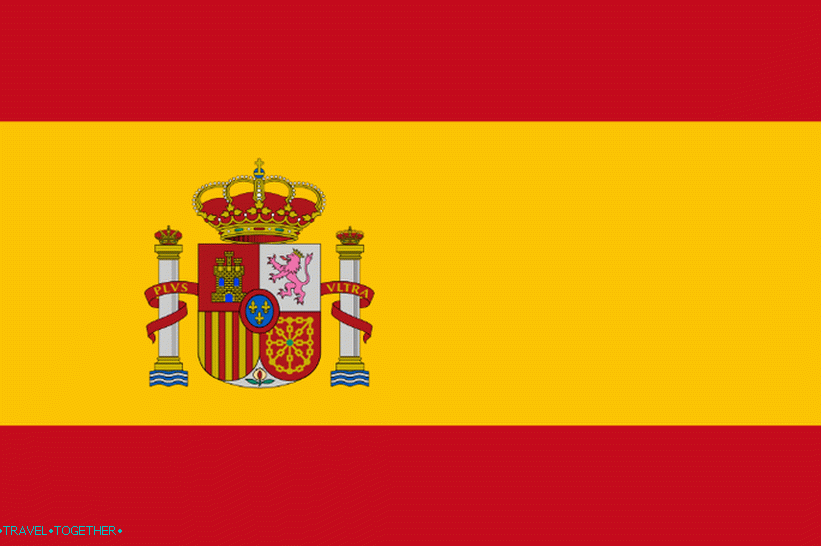 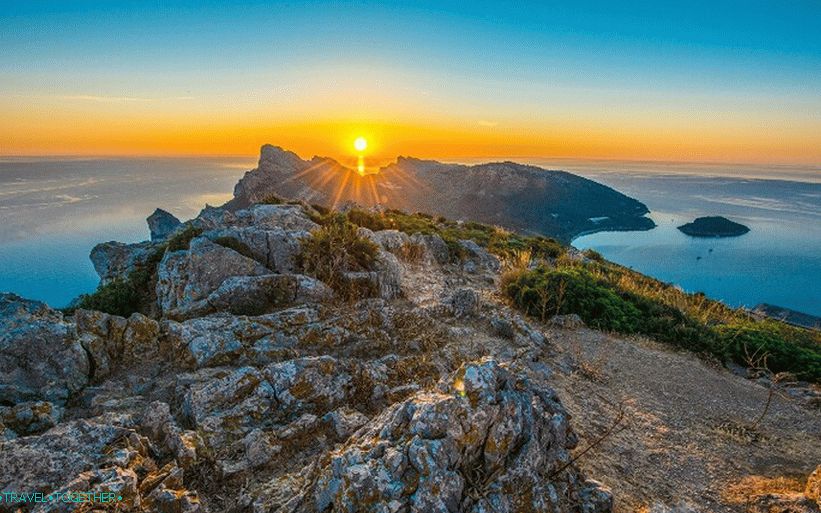 Spain occupies 80% of the territory of the Iberian Peninsula. Also it consists of the Balearic Islands, the Canary Islands and quite a tiny part of the north african coast. Pyrenean The peninsula is located in the extreme south-west of Europe.

The relief of Spain is extremely diverse. Main role in it play mountains and plateaus. The country is one of the most mountainous in Europe. The largest mountain systems: the Pyrenees, Cordillera Betik, Iberian, Catalan and Cantabrian mountains. The largest plain, the Andalusian Plain, is located on south. In the north-east is the Aragon Plain. The highest the summit of continental Spain is Mount Mulasen (3478 and). Most the highest peak of the country is located on the island of Tenerife – this is a volcano Teide (3718 m). 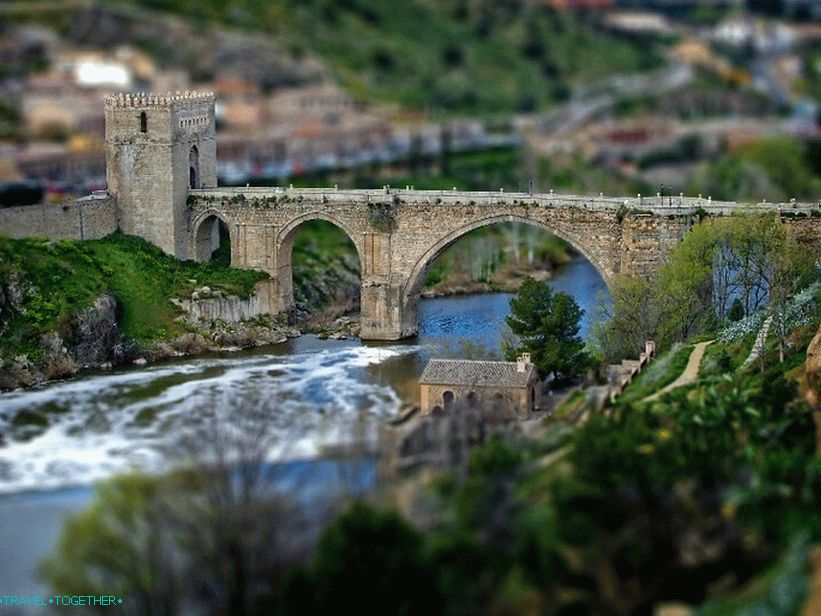 Due to its geographical features it is very diverse. animal and plant world of Spain. The north of the country is like Central Europe, and the south resembles North Africa. On deciduous forests occur in the northwest, in the south there are deserts and semi-desert, and the coast is characterized by Mediterranean Flora.

Spain is one of the warmest, even the hottest countries in Europe. Although due to the relief here you can meet several climatic zones. Mediterranean climate prevails marine, and in the central part of the dry. In most regions the summer of the country is dry and hot; the winter is rather warm and humid. AT frosts are not uncommon in central regions during the cold season. 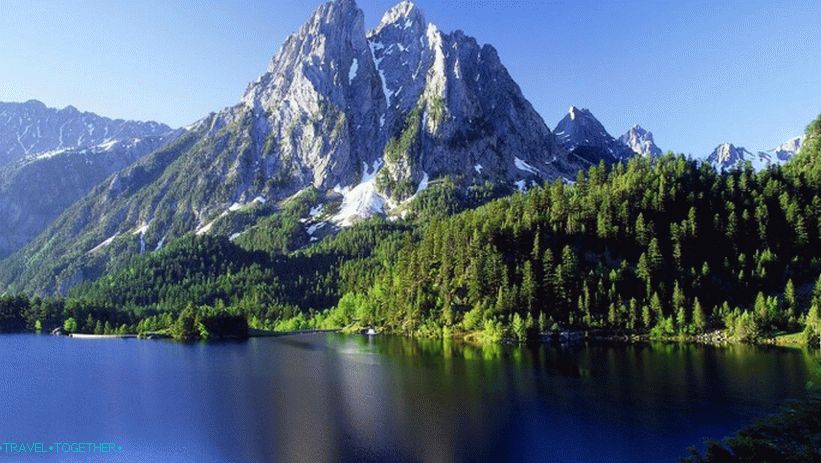 The best time to visit Spain is April-May and September October. In July and August in most areas it is very hot. In the cold season it can be quite it is rainy.

In the third millennium BC on the territory of the modern The Iberian Peninsula existed Tartess civilization. But already in second millennium BC here came the Iberian tribes who later mixed with the Celts. In ancient times, the Pyrenees were called Iberia. Iberians quickly settled in Castile and built fortified settlements. Around the same millennium on the coast Phoenician and Greek colonies were founded.

Interestingly, according to the most common theory, the name of the country comes from the Phoenician “and-span”, which translates as “shore Darmanov. “The Romans used the word to designate territory of the entire peninsula.

In the 3rd century, almost the entire territory of the Iberian Peninsula subdued Carthage. In 206, Carthage lost control of the Pyrenees. WITH During this period, for nearly two centuries, these lands attempted subjugate the romans. The last free tribes were conquered Rome in 19 BC, under Emperor Augustus. Spain was one of the most prosperous and important Roman provinces. The Romans built a fortress here. By the end of the 1st century here more than 300 cities were founded, trade flourished and crafts 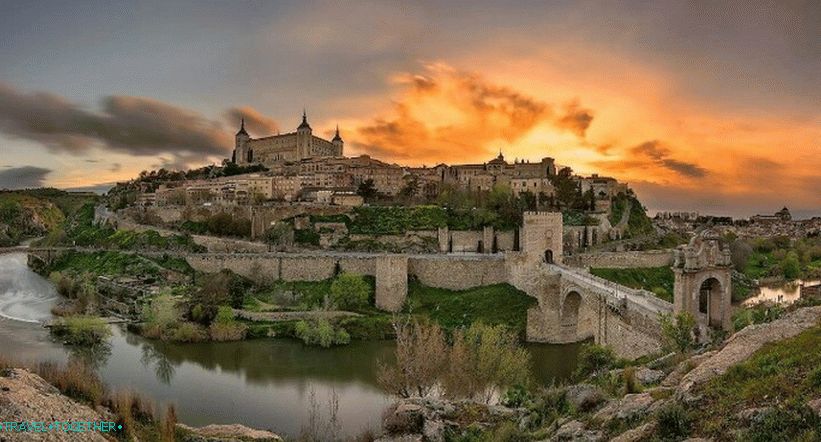 Toledo – one of the oldest cities in Spain

In the 4-5th century, Germanic tribes penetrated the territory of Spain, which soon completely supplanted the Visigoths. Earlier here first Christians appeared. The Visigoths founded their here Kingdom with the capital in Barcelona, ​​and then in Toledo. In the 6th century Byzantine emperor Justinian tried to return Spain to power empire.

In 711, Arabs came to the territory of the Iberian Peninsula Berbers from North Africa, who were later called the Moors. Interestingly, they were called upon to help the Westgoths themselves (or rather, one of their fractions). In just a few years, the Moors conquered almost all The Pyrenees and formed the Umayyad Caliphate. It should be noted that the Arabs were quite merciful, preserving people’s possessions, language and religion conquered territories. 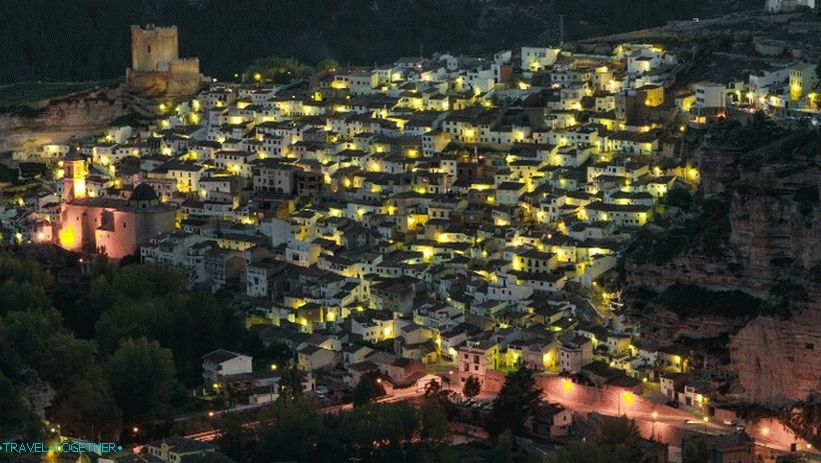 At about the same time, the Reconquista movement arose, which was the liberation of the Iberian Peninsula from Muslims. AT 718, the Moors were stopped in the mountains of Asturias. By 914 the kingdom Asturias included the territories of Galicia and Northern Portugal. After the termination of the Umayyad dynasty in 1031, the caliphate collapsed. In the end 11th century Christians captured Toledo, Madrid and some others cities. In the 12th century, the Spanish Empire was proclaimed, which arose after the unification of Castile and Aragon and existed before 1157 years. In the future, despite the separation, the kingdoms together fought with the Moors. By the 13th century on the Iberian Peninsula remained only the emirate of Granada.

Despite the power of the Castilian kingdom, the country was tormented unrest and riots. Domination belonged to the knightly orders and mighty nobles. In Aragon, on the contrary, there were many concessions to estates. In 1469 the dynastic marriage between Ferdinand and Aragon Isabella of Castile contributed to the unification of the two kingdoms. AT The Inquisition was established in 1478, which prompted persecution of muslims and jews. In 1492 there was a conquest Granada and the end of the Reconquista. 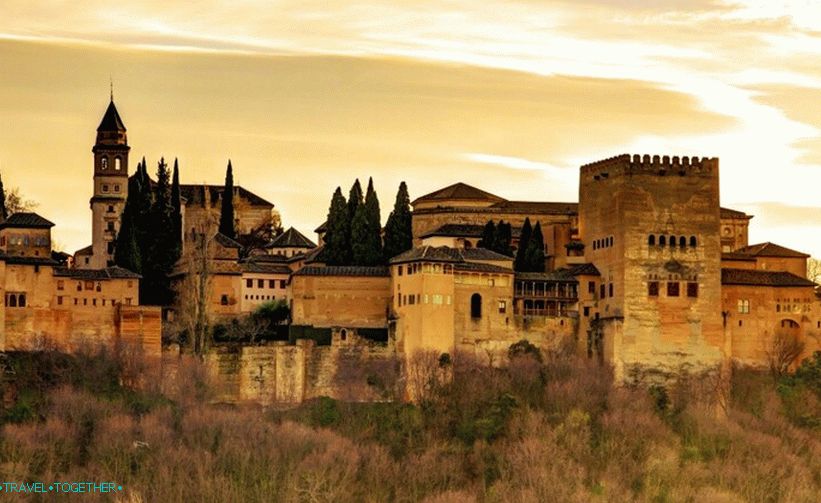 In 1519 the Habsburg dynasty came to power. In the 16th century Spain is becoming one of the strongest powers in Europe. As form of government approved absolute monarchy. Spanish the kingdom captured Portugal and numerous colonies in the South and Central America. By the middle of the 16th century, constant wars and high taxes led to economic decline. In this period the capital of the kingdom moved from Toledo to Madrid.

In the early 18th century, with the death of Charles II, war broke out over “Spanish heritage”. As a result, the Bourbon dynasty reigned and Spain has become “pro-French.” In 1808, broke out folk rebellion, which led to the abdication of the king. Further the French were expelled from the country and the restoration of the Bourbons took place. AT 19th century Spain was tormented by turmoil and unrest. The state has lost all american colonies. In 1931 the monarchy was overthrown and civil war broke out in which Franco won. Francisco Franco established a dictatorship that lasted until 1975. AT this year was crowned Juan Carlos I of the Spanish dynasty Bourbons. 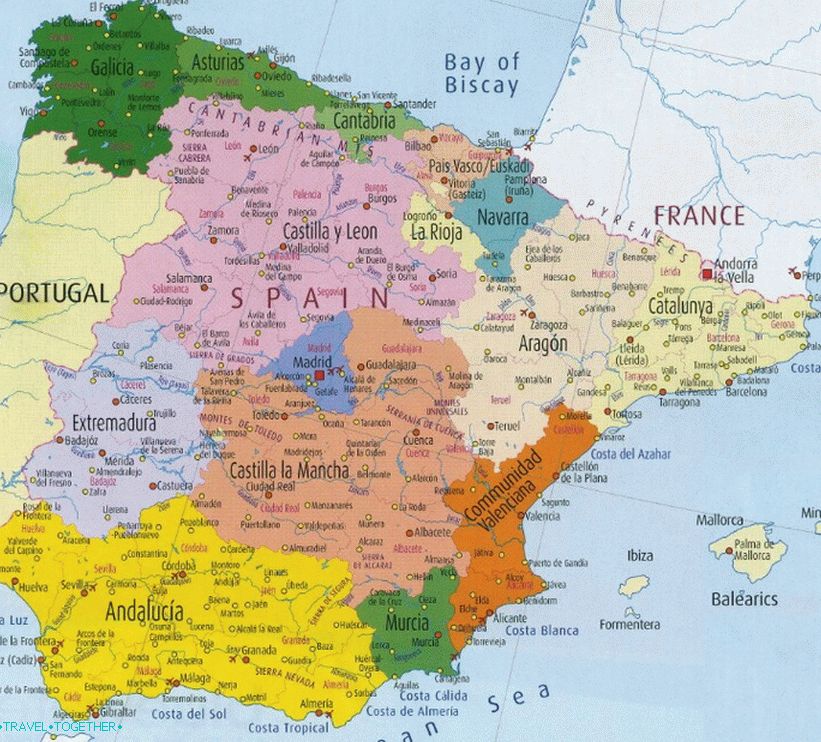 The indigenous population of the country – the Spaniards (Castilians), Catalans, Basques, Galicians, etc. Spanish is considered the official language. AT Autonomy is often spoken in the language of an ethnos or dialect. Almost 80% The population professes Christianity, of which 75% are Catholics. Interestingly, the average life expectancy in Spain is one of the highest in the world. She is 83 years old. Spaniards themselves are pretty friendly, open and emotional. It is noisy and temperamental. people. They are often non-punctual, a little lazy and irresponsible. 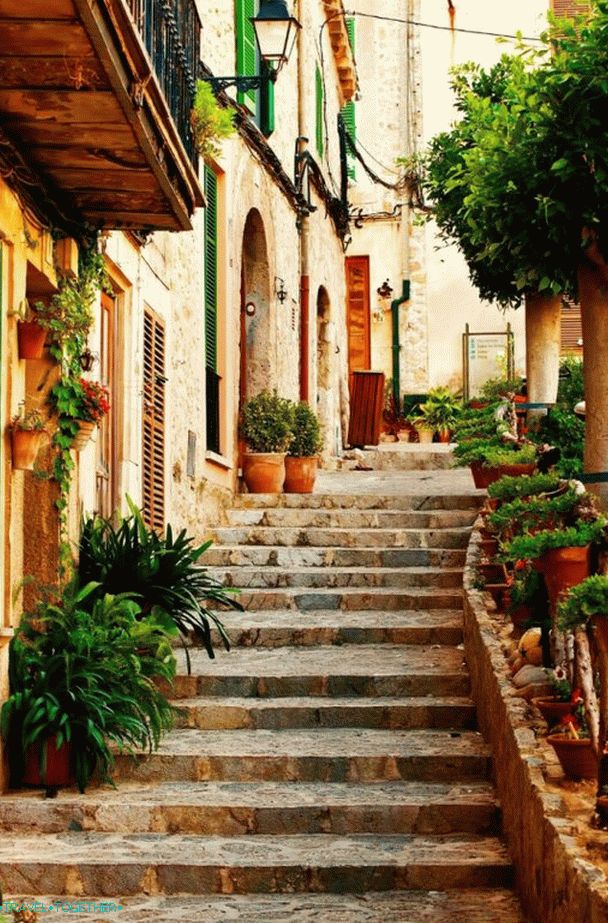 Tips for dealing with the Spaniards:

Information about the modes of transport in Spain.

The largest airports are:

Spain has an extensive network of high-speed trains, that connect the largest cities. Railway communication also includes long-distance trains and a commuter network trains. There is a regular bus service between many cities. message. The largest cities are connected by highways. Highways are paid.

Blood alcohol level should not exceed 0.5 g / l. Belts safety must wear a driver and all the passengers. 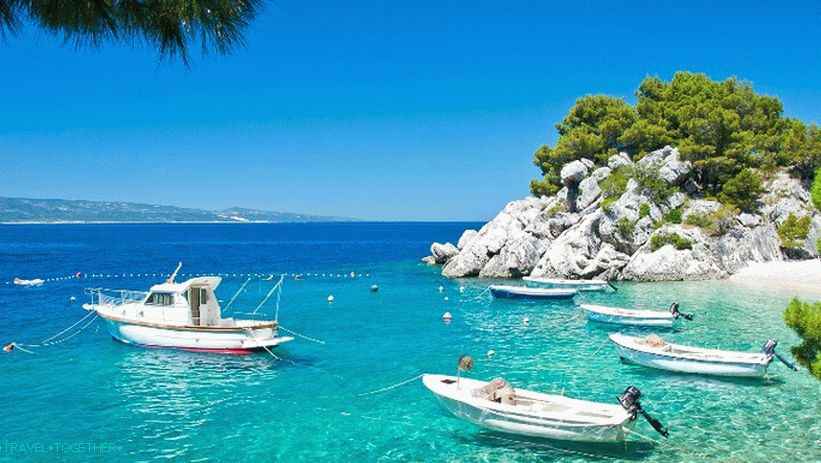 Spain is the second country in Europe in terms of cruise calls liners. The main ports of Spain:

In Spain, hundreds of old and interesting city. But the most Popular following: 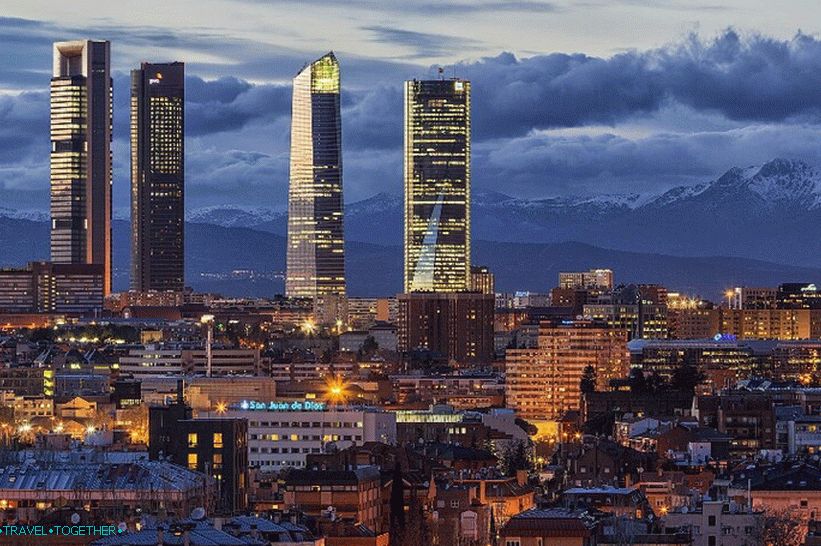 In the south of Spain in Andalusia you can find a lot of evidence old days Here is located Cadiz – one of the oldest constantly inhabited cities of Western Europe with the remnants of the Roman settlement. Nearby is Ronda, a beautiful city located on the steepest the rocks. The cities of Cordoba and Granada have preserved the rich Moorish heritage. Seville, the cultural center of Andalusia and the whole of Southern Spain, has a dazzling collection of attractions and the most The largest gothic cathedral in the world. 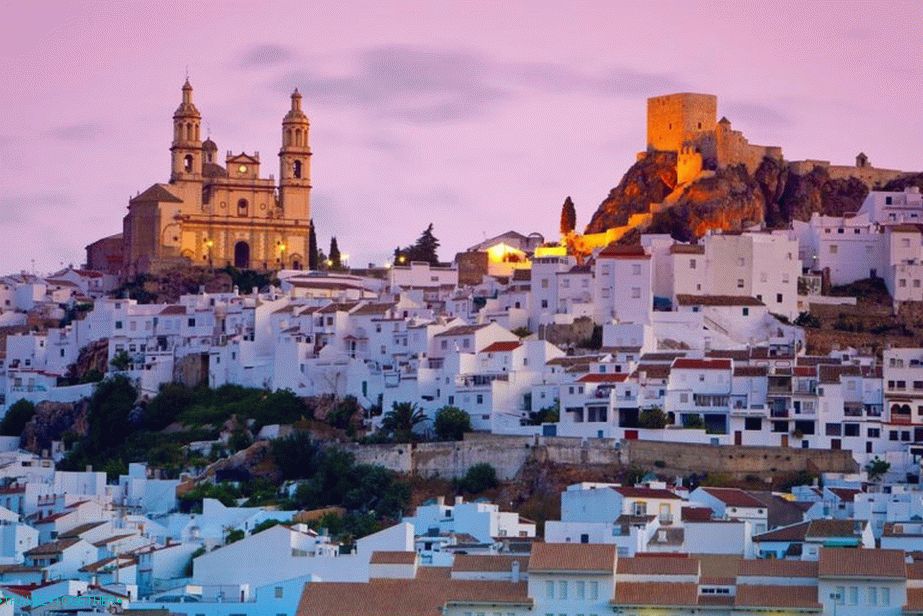 Crossing the north across the plains of La Mancha into Central Spain worth visiting the picturesque Toledo. This ancient Spanish capital and beautiful old town located on a hill. Not far from Portuguese border is located Merida with an impressive Roman legacy. If you are interested in recreation and beaches, then you should go in Alicante, Malaga, on the Canary Islands and the Balearic Islands. 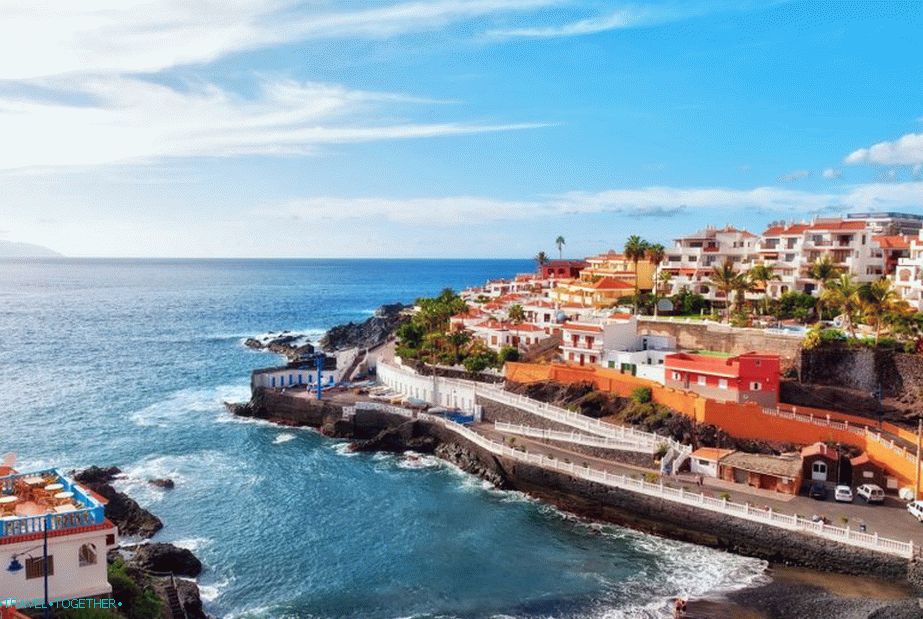 Historically, Spain has been an important junction between Mediterranean and Atlantic, North Africa and Europe. So Here you can find fantastic collections of unique attractions. The country is amazed by the number of objects UNESCO World Heritage Sites, monuments of history and culture. 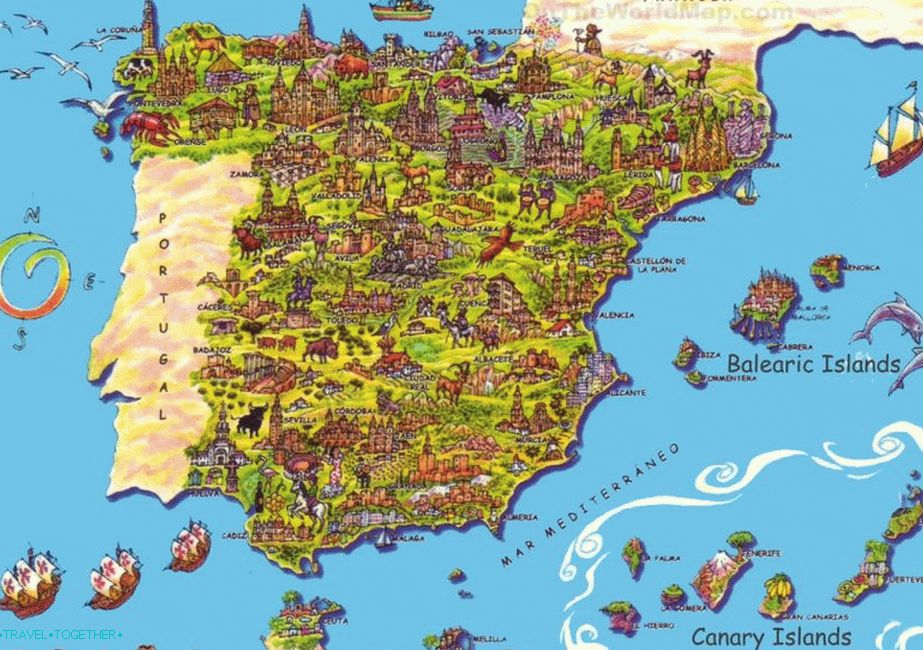 Tourist map – the most famous sights

The most famous sights of Spain

Spain is an extremely popular tourist destination. therefore, housing should be sought in advance. When riding here in high Season accommodation will cost more. Many cities, even small ones, focused on tourism. Therefore, it is not a problem to find accommodation for any groups of tourists and financial opportunities.

The Spaniards love to eat and drink wine and are very proud of their the kitchen. Spanish cuisine can be described as quite easy with lots of vegetables and a huge variety of meat and fish. Interestingly, traditional cuisine does not use a lot of spices, but relies heavily on high quality ingredients and their taste. Spaniards’ meals are a little different from ours. Their breakfast is light. Lunch is served at 13.00-15.00. After lunch siesta follows. Late dinner. 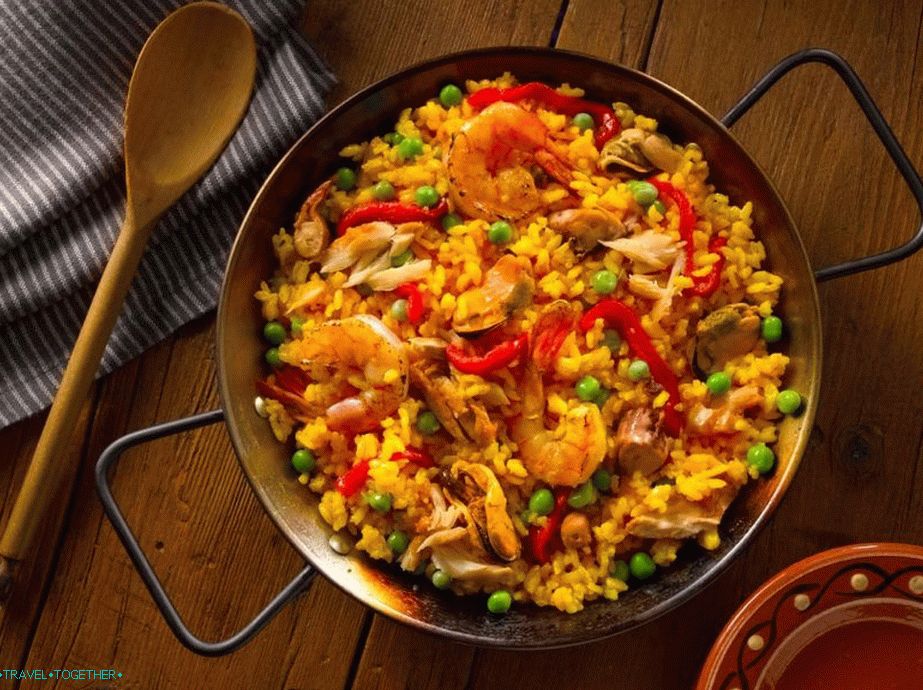 Spain on the map