Slovakia – the most detailed information about the country with a photo. Sights, cities of Slovakia, climate, geography, population and culture.

Slovakia is a small state in Central Europe, not landlocked. The official name is Slovak Republic. Slovakia is bordered by Austria to the west, the Czech Republic to the northwest, Hungary in the south, Poland in the north and Ukraine in the east. Is an a parliamentary republic and a state with a dynamically developing economy.

Slovakia is a country in the heart of Europe that has amazing nature. Here you can find a wide variety. landscapes: mountains, hills, plains, river valleys. Also Slovakia – it is a charming province, beautiful historical cities and magnificent ancient castles. Despite the fact that Slovak state was founded only in 1993, the country has a rich cultural and historical heritage and, of course, is very interesting and affordable tourist direction. Slovakia is located in the east of Central Europe. From the north and the northeast is surrounded by the Western Carpathians. The most Slovakia’s highest mountains are the High Tatras, among which The highest peak of the country is Gerlakhovsky-Shtit (2655 m). South of The Carpathians are hills and hills separated by river valleys. In the south-west stretches the Middle Danube lowland. The largest rivers in Slovakia are the Danube, Vah, Nitra, Tisza, Morava. 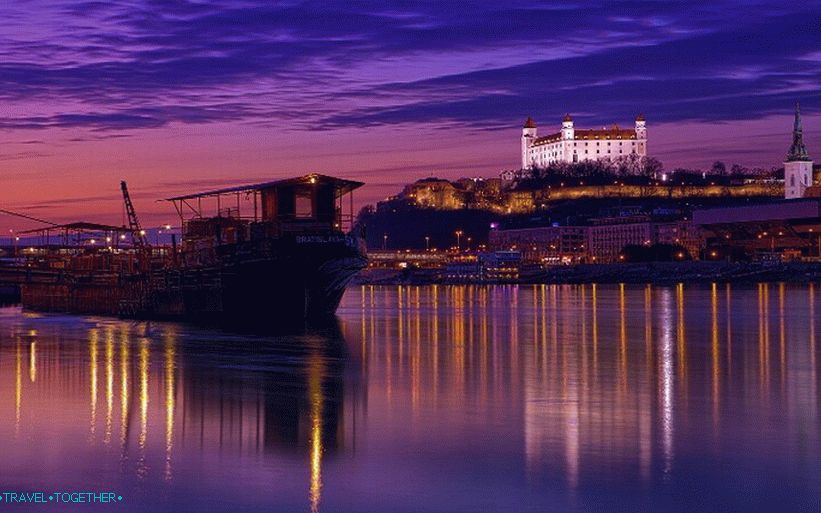 Wildlife in Slovakia is quite extensive and diverse. The woods occupy 40% of the country. The largest woodlands are in mountainous areas. In the south, mostly deciduous forests (oak and beech) or mixed, in the north and conifers (spruce and fir) grow on the northern slopes. Above in the mountains forests replace alpine meadows. In the forests of Slovakia live: deer, lynx, wolves, bears, foxes, hares, squirrels.

Slovakia has a more continental climate than the neighboring Czech Republic. Summer is hotter and drier here, and winter is noticeably cooler. The greatest precipitation falls in the highlands. Also in the mountains is summer cooler, and winter is much colder. Slovakia can be visited all year round. But, traditionally, the most in terms of weather, the period from May to September.

Slavic tribes settled in Slovakia in the 6th century. AT 7 century, these lands were incorporated into the State of Self, and later became part of the principality of Nitran. In the future, Slovakia became part of the Slavic state of Great Moravia, which reached its heyday in the 9th century. In the 11th century, the Slovak territories were incorporated into the kingdom of Hungary. Under Hungarian influence Slovakia was until the 14th century.

From a political point of view, Slovakia ruled a number semi-independent Hungarian nobles. At the end of the 15th century the country It has become one of the most developed provinces of Hungary. 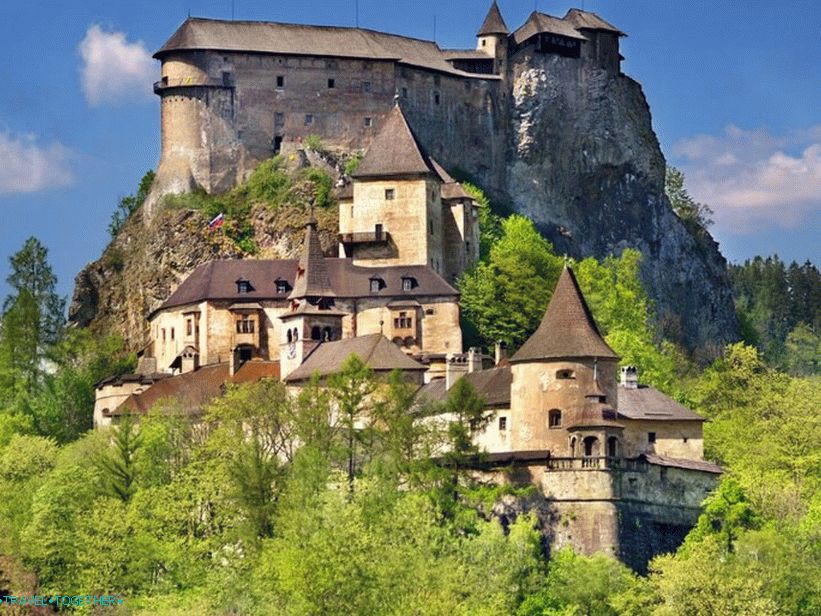 The defeat of the Hungarians in 1526 from the Turks led to the formation Austro-Hungary. Under the threat of invasion of the Ottoman Empire, the Habsburgs for some time even moved the capital of Hungary to Bratislava.

Later, Slovakia became part of the Hapsburg Empire. Composed Austria-Hungary, the country was until 1918. After the First World War Wars Slovakia, the Czech Republic and Subcarpathian Rus formed a single state – Czechoslovakia, which existed before 1938. Then Slovakia became a separate state under control Nazi Germany. In 1945, Czechoslovakia was restored and was controlled by the USSR. In 1989, the Velvet Revolution led to the formation of two states – the Czech Republic and Slovakia. 1st of January 1993 is the date of formation of the independent Slovak Republic. In 2004, the country became part of the European Union. The edges, in turn, are divided into ocresses (districts). In regional terms, the territory of Slovakia can be divided into three region:

The majority of the population of Slovakia are ethnic Slovaks. (85%). Also very significant (especially in the southern areas) Hungarian population (9%). Other large diasporas: Roma, Ukrainians, Germans, Russians, Poles. Official language of the country is Slovak, which belongs to the group of Slavic languages. Slovak is very similar to Czech, but this is not its dialect. it two different, independent languages. Slovaks are very proud of him, therefore even in tourist places all designations are written in slovakian

Slovaks are more religious than Czechs, but less religious than Poles. The majority of the population (70%) profess Catholicism. Slovaks hospitable, friendly and calm. However, under no tourists should not call Slovaks “Czechs” and draw parallels between them. It is also better to avoid sensitive issues. communist past and national issues. If Slovaks invite you to lunch or dinner, it will be good to grab any gift (wine, candy, cake). In the house (like us) taken to remove shoes and outerwear.

The largest airports in Slovakia are located in Bratislava and Košice. You can also use the airport of Vienna (which is located not far from Bratislava) and Krakow (for trips to the Tatras). The largest cities in Slovakia have regular railway communication with the Czech Republic (Prague, Brno, Ostrava, Olomouc), Austria (Vienna), Hungary (Budapest), Poland (Krakow), Germany. On the bus, in addition to the countries listed, to Slovakia can be reached from Italy, Great Britain, Sweden, Denmark, Belgium, France. 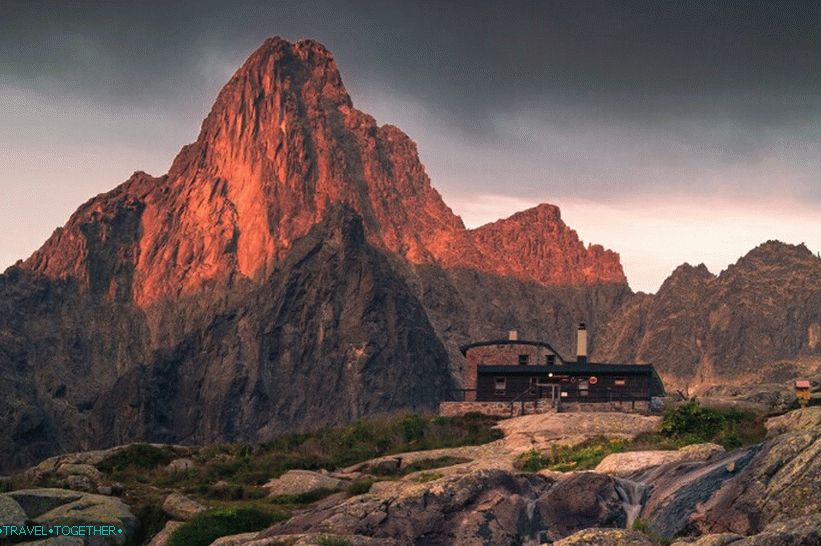 Slovakia has a fairly well-developed bus and train network. The main transportation hubs are Bratislava, Kosice, Zilina. The bus is often a faster way to get around. Also, Slovakia has about 700 km of motorways and high-speed roads. To travel on them you need to buy a vignette, which is sold at special points and gas stations. Motorways (diaľnice) and expressways (rýchlostné cesty) are denoted by the letters D and R on red or white background. Speed ​​outside settlements on them limited to 130 km / h. On the rest of the roads outside settlements – 90 km / h, in settlements – 50 km / h. Spiš Fortress – a stunning 12th century castle, which is considered one of the largest medieval fortifications in Europe (by area). It is included in the list of World UNESCO heritage and is located in the eastern part of the country not far from City Levoča. Levoča – a magnificent old town, the historical center which is still surrounded by walls, contains many monuments of the Middle Ages, as well as countless Gothic and Renaissance houses. Therefore, most of it medieval core is considered a World Heritage Site UNESCO. The High Tatras is the highest mountain range in Slovakia, which forms its natural border with Poland. This region is famous beautiful nature, magnificent scenery and ski resorts. Slovak Karst – a national park with more than 700 caves and included in the list of World Heritage sites. The biggest of them is Domitsa cave. Trencin Castle is a royal castle that is one of The largest medieval monuments in Slovakia. Built on top steep cliffs and has a long history that goes back to 11 century.

There is a beautiful legend associated with this castle: in the distant past the lord of the castle, Stefan Zaponsky, captured the beautiful Turkish Princess Fatima. One Turkish vizier (or prince) Omar, who He loved Fatima, arrived with a cargo of gold to buy it. but the lord of the castle demanded that he dig a well inside the fortress. It took Omar four years to extract water from solid the rocks. Orava Castle – a harsh and majestic fortress built on a high rocky cliff above the winding Orava River. it one of the most beautiful and well-preserved medieval castles in Slovakia, built in the 13th century.

Banska Bystrica – a historic city with a great heritage, including ancient mansions, churches and fortifications. The city is surrounded the majestic Low Tatras, which helped him to become popular winter destination. Boinitz Castle – one of the most visited and beautiful castles not only in Slovakia, but also in Central Europe. Built on big travertine rock on the site of a medieval castle of the 11th century. The current building was reconstructed in the 19th century on the model of the romantic Loire castles in central France. Bratislava Castle is a magnificent historical monument, which is already A thousand years, rises above the capital of Slovakia. First fortifications It originated in the prehistoric era and was built Celts. The fortress was founded by the Slavs during the Great Moravia. The stone palace and the church were built on the castle hill. in the 11th century. Three centuries later, the castle was rebuilt in the Gothic style. In the 16th – 17th century, this building acquired modern features (in Renaissance and Baroque). Lyubovsky Castle – a picturesque fortress on limestone rock, built at the turn of the 13th and 14th centuries. This is a fortification the facility became part of the border lock system in the north Hungarian kingdom. Besides protecting the Polish-Hungarian border, his task was to secure the important trade route. The modern look of the Renaissance castle acquired in the 16th century. Chichmany is a beautifully preserved Carpathian village, which looks just like hundreds of years ago. It is full of black wooden houses, each decorated with intricate traditional patterns, made with white lime paint. The first mention of the village dating back to the 13th century, although most buildings are age 200-300 years. 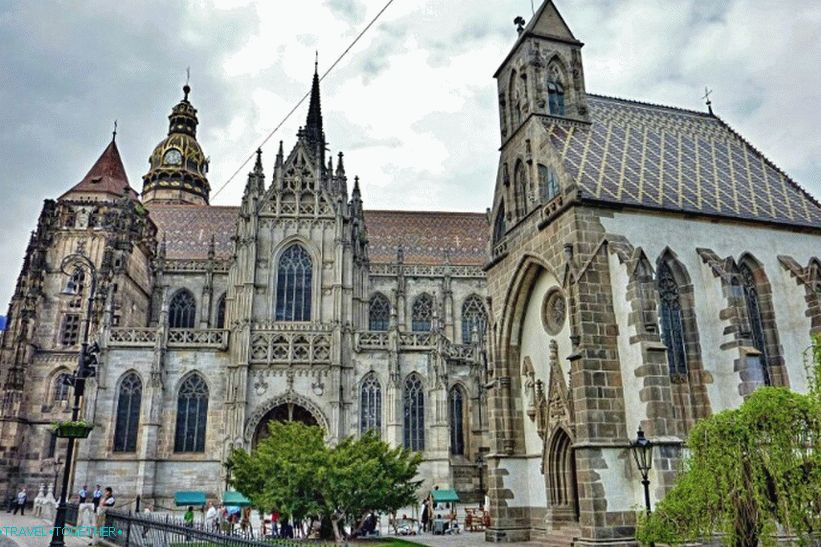 Cathedral of sv. Elizabeth is the largest church in Slovakia and the most Eastern Gothic Cathedral in Europe. Located in the heart of Kosice and dates from the 14th to the 15th century.

Slovakia offers many accommodation options. Here you can find a large number of inexpensive hostels and hotels. With a point cost of living is one of the most affordable countries Central Europe. At the same time in the province (small towns and villages) housing prices are even lower. Luxury hotels can be found in major cities and in famous resort areas (for example, in Tatra Mountains). Hotel Kempinski in the Tatras The most popular drink in Slovakia is beer (pivo). Here represented a wide variety of excellent local varieties similar by style and quality by famous Czech brands. Also in Slovakia there is a good local wine. The main wine region – Tokay, located in the southeast of the country. Also, grapes are grown in Small Carpathians. In addition, Slovakia is known for its tinctures: slivovica (plum brandy), hruškovica (pear tree) and demänovka (tincture on herbs) and the famous mead.

Slovakia on the map