Salisbury (United Kingdom) – detailed information about the city with photo. The main attractions of Salisbury are descriptions, guides and maps.

Salisbury is a city in the south of the UK in Wiltshire. Located in the heart of southwest England and is one of historical centers of the textile industry. Salisbury – city with rich and interesting story that is a model medieval town planning. His most important attraction is the magnificent 13th century cathedral early gothic style. Salisbury is also a popular starting point. to visit the legendary Stonehenge.

Salisbury is located in the southwest of England on the Avon River. City is located on the edge of the same limestone plain 140 km from Of london The climate is temperate sea with warm summers and mild winters. At the same time, Salisbury is one of the warmest and sunniest cities. Great Britain. 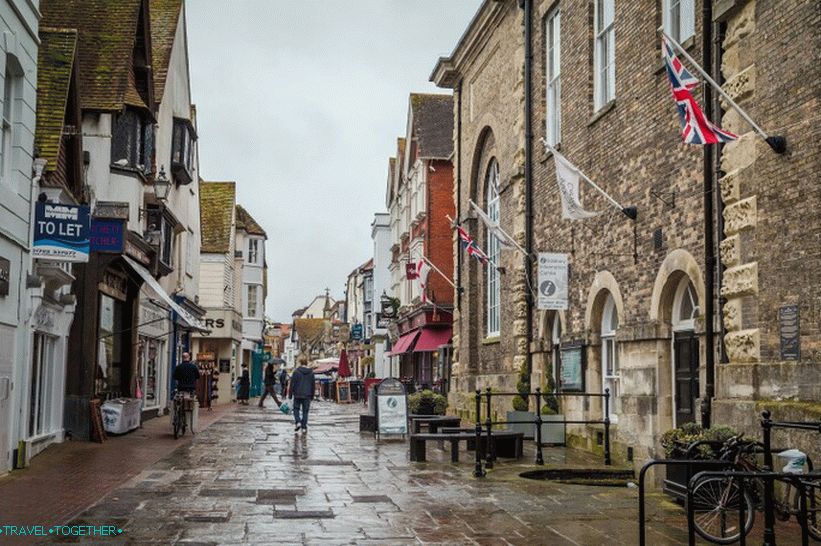 Salisbury is located near the great megalithic structures Neolithic (Stonehenge and Avebury). The surroundings of the city were inhabited since ancient times. The first mentions of Salisbury date back to the 9th century. The name of the city comes from Old English. Searoburg, which translates as “the fortress of Sarum.” In the 11th century here a castle was founded, in the vicinity of which a settlement was formed. By the 13th century, Salisbury became the center of the bishopric, and in 1226 received the status of the trade city (the ability to hold fairs). 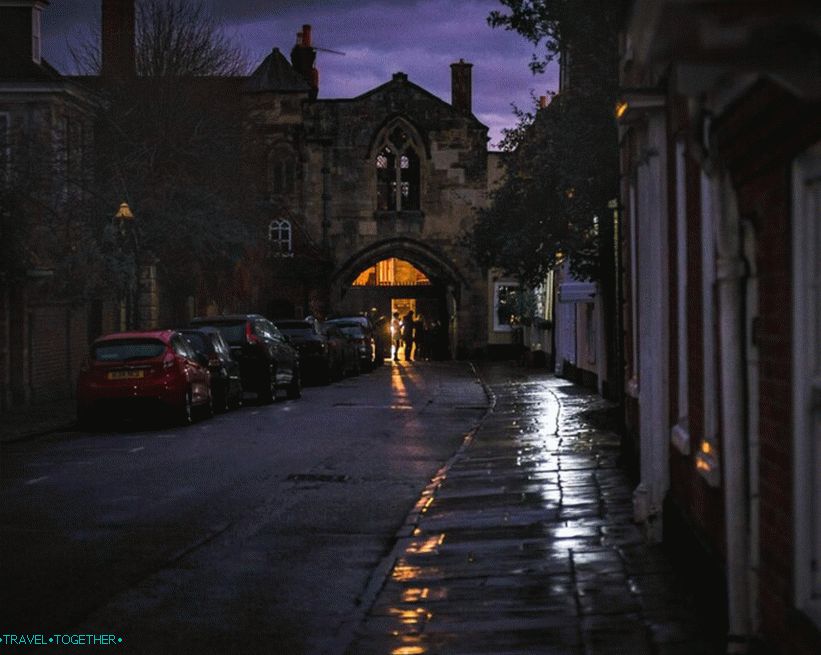 By the 14th century, Salisbury became the largest city of Wiltshire and was surrounded by a fortress wall. In the Middle Ages, its prosperity based on trade. Also the city had an important religious value thanks to the magnificent cathedral. In 1483 Salisbury became one of the centers of the uprising against Richard III. 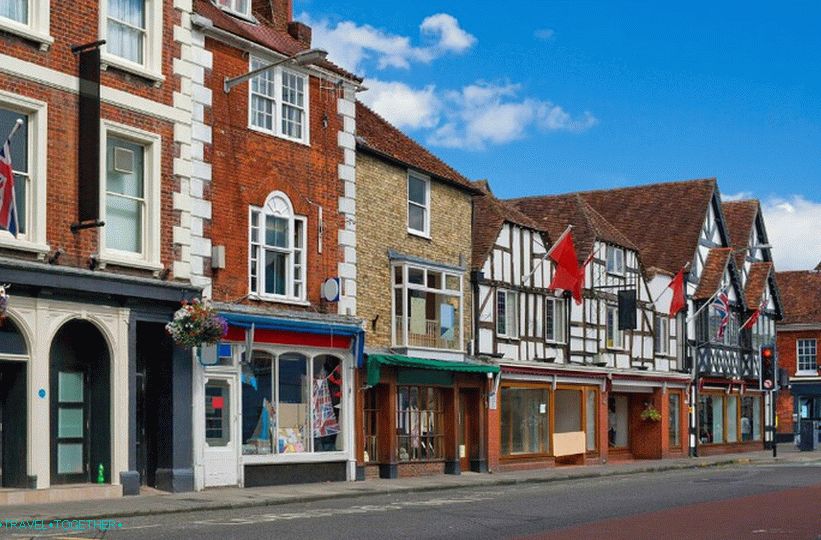 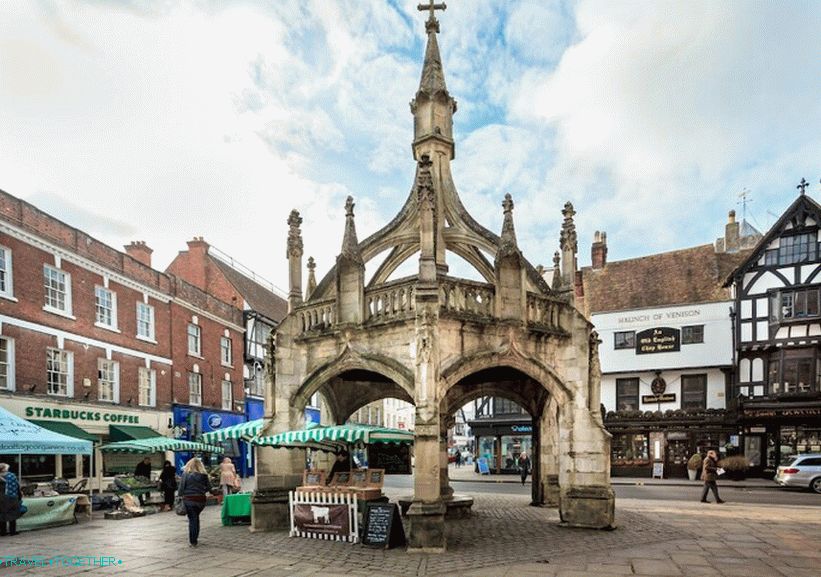 Salisbury has a gorgeous old town with quaint ancient streets filled with architecture from the Middle Ages to 19th century. On the old Market Square is interesting medieval monument topped with a cross. 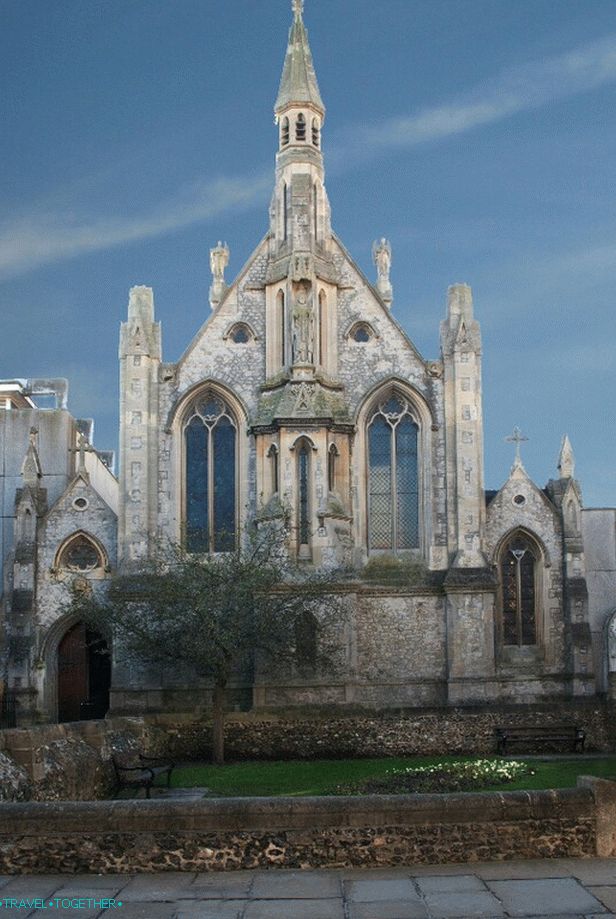 One of the most beautiful historical buildings of old Salisbury are the church of sv. The Thomas of Canterbury, built in the 15th century and containing gorgeous frescoes.

The medieval north gate was built between 1327 and 1342. over the years and lead to the cathedral quarter. In the past, they performed the function a small prison. 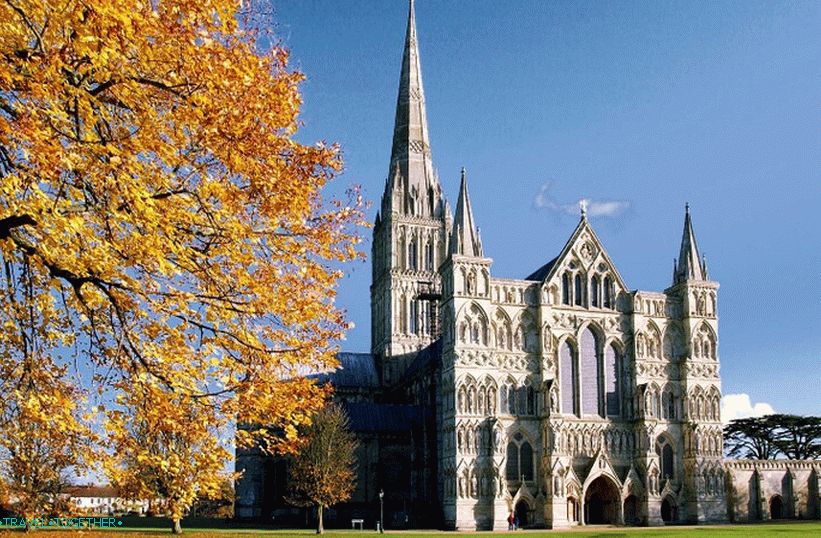 Salisbury Cathedral is a Gothic masterpiece and one of the most visited religious buildings of England. This church was built in the 13th century. and has a striking gothic facade. Most noteworthy a feature of the building is a high spire (123 m), which is one of the largest in the UK. Salisbury Cathedral has a magnificent interior that combines elements of sandstone and dark marble. Also here you can see ancient tombstones. (some of them date back to the 13th century). Bright stained glass windows refer to 19-20 centuries.

Of interest is also the cathedral quarter, which contains several old historic buildings built between 14-18 for centuries. 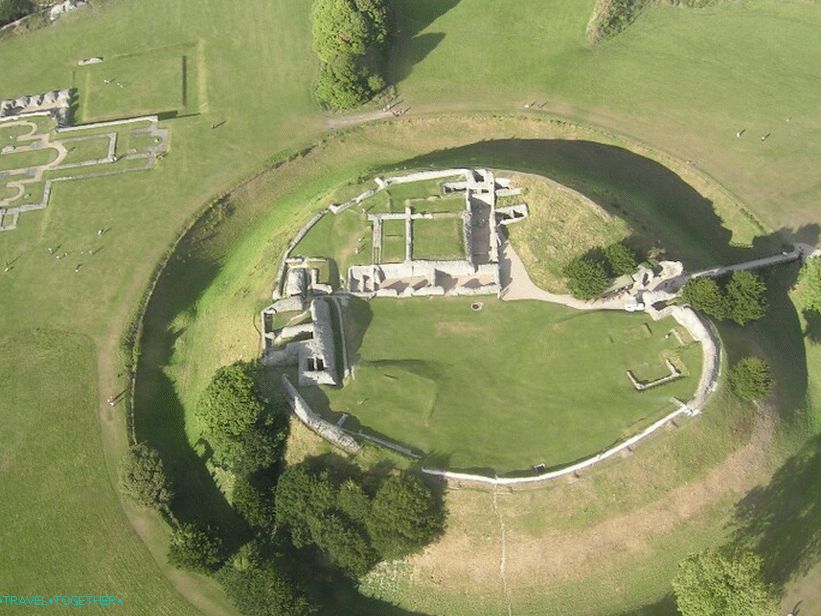 Old Sarum is the forerunner of modern Salisbury, located on a hill 3 km from the city. The origins of this structure go to antiquity. Romans founded here fortified fort. And at the time of the Saxons a settlement arose. In 1075, Wilhelm The conqueror chose this place for the construction of the castle. In 1220 the modern Salisbury was founded, and the old Sarum was abandoned. Now it is an impressive ruin, from which a beautiful view of the wiltshire surroundings. 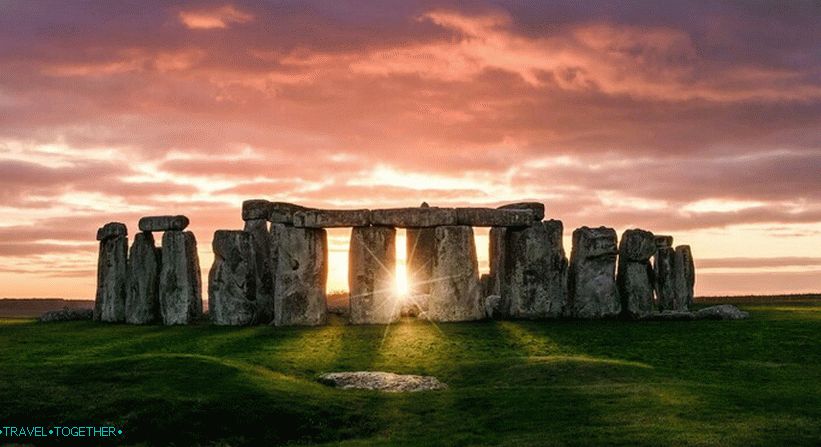 Salisbury’s tourist popularity is largely based on that the city is located near the famous Stonehenge. it a grand neolithic megalithic building built between 3000 and 1500 BC Mysterious Stonehenge consists of huge boulders called menhirs or megaliths. 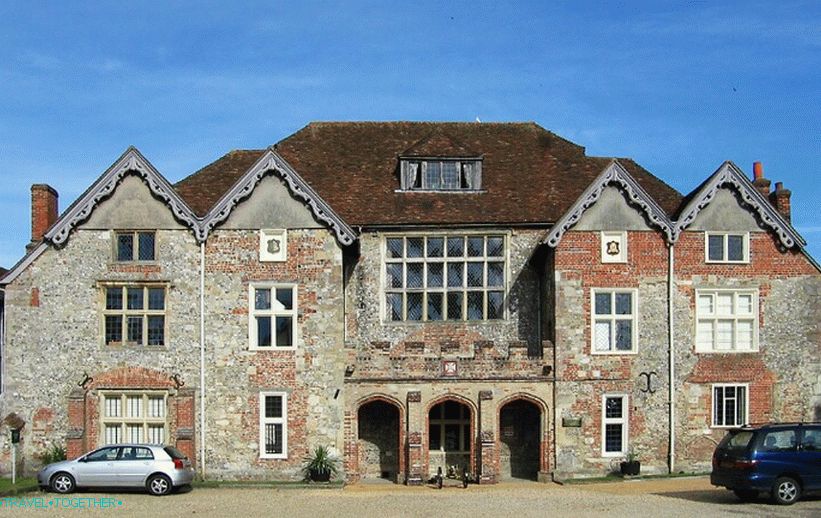 Wardrobe (Wiltshire Museum) is an elegant 13th-century building, which is famous for fascinating exhibits and antique weapons (collection of rifles).

Salisbury on the map of Great Britain