Saint-Malo (France) – the most detailed information about the city with photos. The main attractions of Saint-Malo with a description, guidebooks and cards.

Saint-Malo – a city in northwestern France region Brittany Its most remarkable feature is historical center which is an island fortress with preserved shafts defensive fortifications. Saint-Malo – one of most impressive cities in the northern part of the country, which preserved amazing historical atmosphere: narrow cobbled streets, old houses of gray granite (built from the same stone famous mont saint-michel) and powerful walls. City in the 16th – 18th century was the base of corsairs – pirates in the service of the French crown, who attacked the ships of other countries. It is to them that Saint-Malo owes their prosperity.

Unfortunately, the old city of Saint-Malo was badly damaged during World War II. All that can be seen now is quality, but still restoration.

Saint-Malo is located at the mouth of the Rance River on the English Channel in the department of Ille and Wilen. The city is 75 km from Rennes and 400 km from Paris. The climate is temperate marine.

The most interesting feature of the bay are the ebb and flow. They occur in spring and autumn every 6 hours and are one of strongest in europe. Spectacle when mighty waves during tides break on the breakwaters, fascinates. 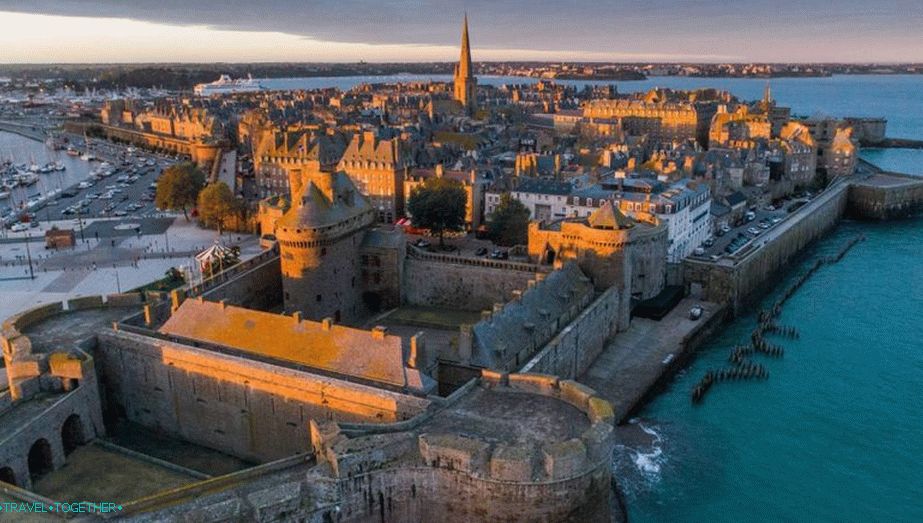 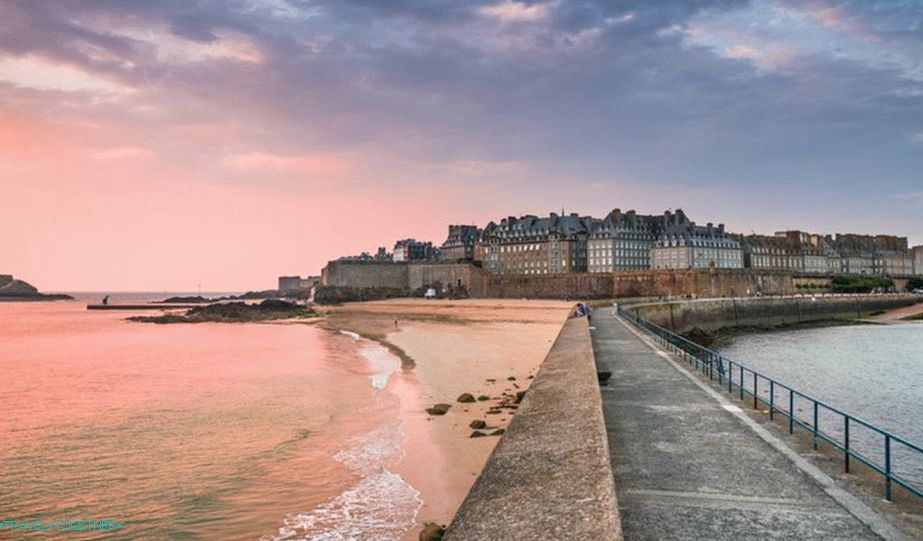 Not far from Saint-Malo is located the legendary Mont-Saint-Michel – wonderful medieval fortress town crowned with the majestic gothic abbey. This is one of the most famous and popular sights of France located on a small granite outcrop of a rocky island at the mouth of the Kuenon. Mont Saint Michel is one of the greatest monuments of the country and one of first UNESCO World Heritage sites.

Saint-Malo arose in the 6th century during the period of the migration of the Britons to the southern the channel coast. Was first mentioned as a residence several monks. In the 12th century, Saint-Malo became a city. B 14 – 15 centuries was the site of the struggle of the dukes of Brittany and the kings of France. 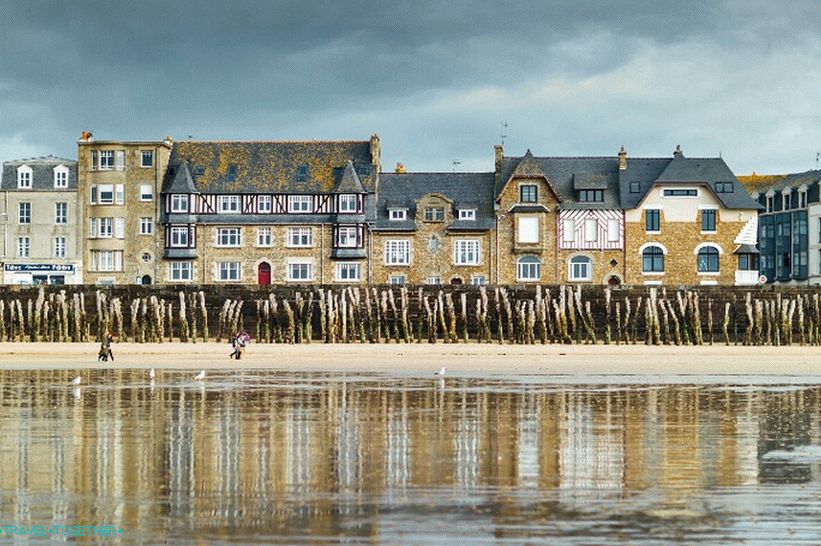 In 1944, when the Allies landed, the magnificent old city was almost destroyed. Now we only see reconstruction. The most interesting attraction of Saint-Malo is walled city (La Ville Intra-Muros), which is located in suburb of the modern city. This is a former French base. corsairs, which has a magnificent historical atmosphere. The walled city is surrounded by ramparts, which were started in 12 century, updated in line with new trends in military science in the 17th century and expanded in the 18th century. Be sure to make walk along the old walls, admire the panorama of the sea, islands Grand Be, forts and magnificent granite houses of rich privateers. On the eastern side of the fortifications are the Great Gate, which protect two powerful bastions. Also in this place is La Ville Intra-Muros is connected to the mainland by a narrow strip of land. 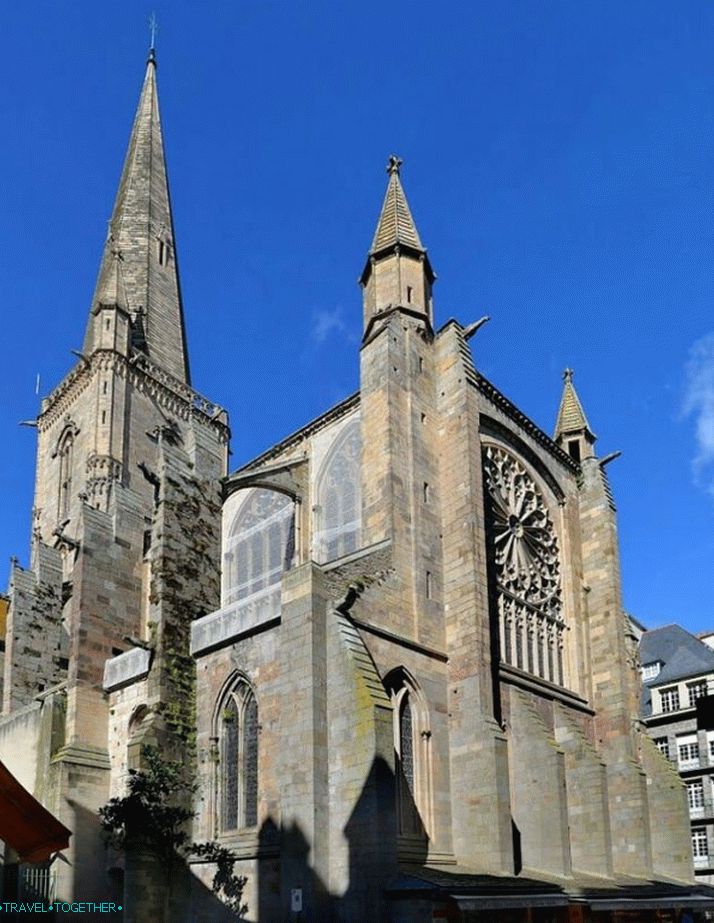 Saint Vincent is an ancient cathedral founded in the 12th century. Its architecture mixes Romanesque and Gothic, Renaissance and classicism. The cathedral was seriously damaged in 1944 and later restored in the style of historical authenticity. 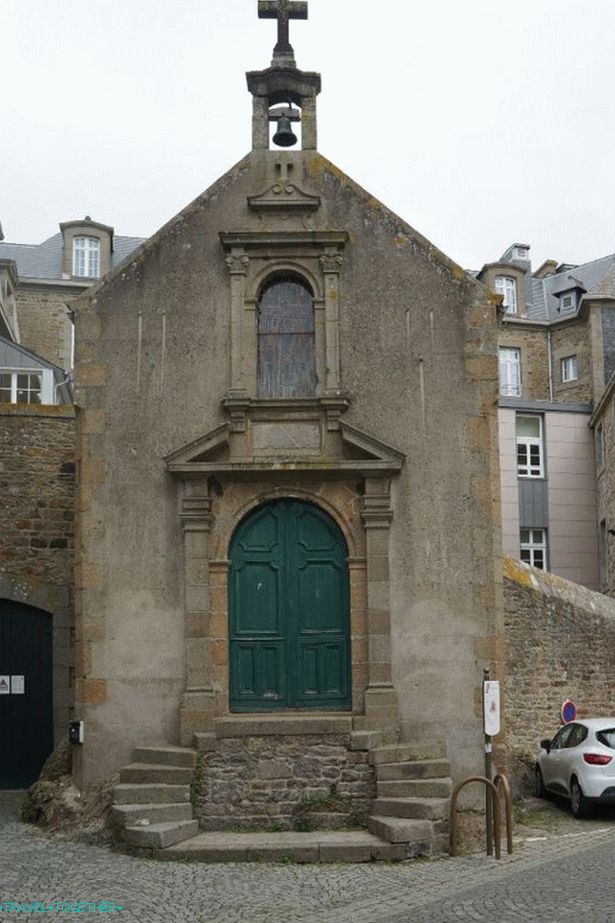 Saint-Aaron is a small chapel that dates back to the 17th century. 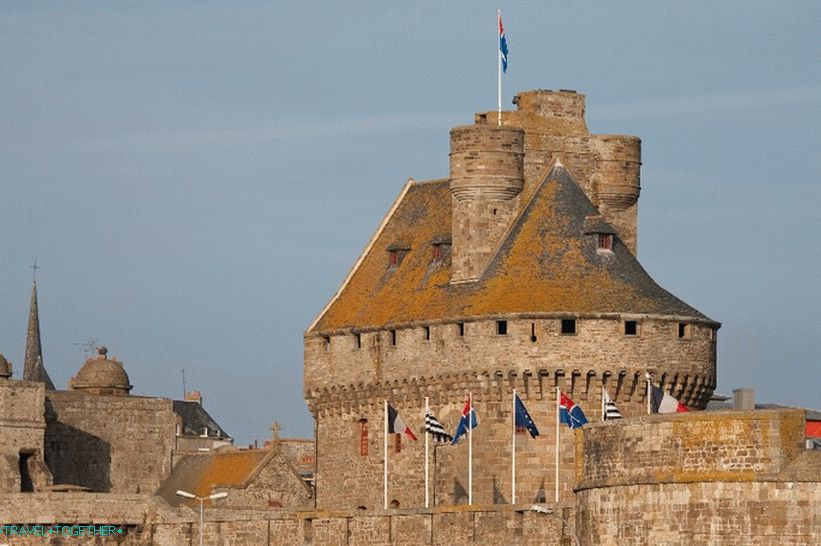 Saint-Malo Castle – a medieval castle built between 15 – 18 centuries and located east of the city of the fortress. This building It was built by the dukes of Brittany as a guarantor of authority over the city. AT In the 19th century, military barracks were located in the castle. Now here is located history museum. Solidor is a medieval fortified fortress, which consists of three connected towers. It is located at the mouth of the Rance River. Fortress Solidor was built between 1369 and 1382 years. 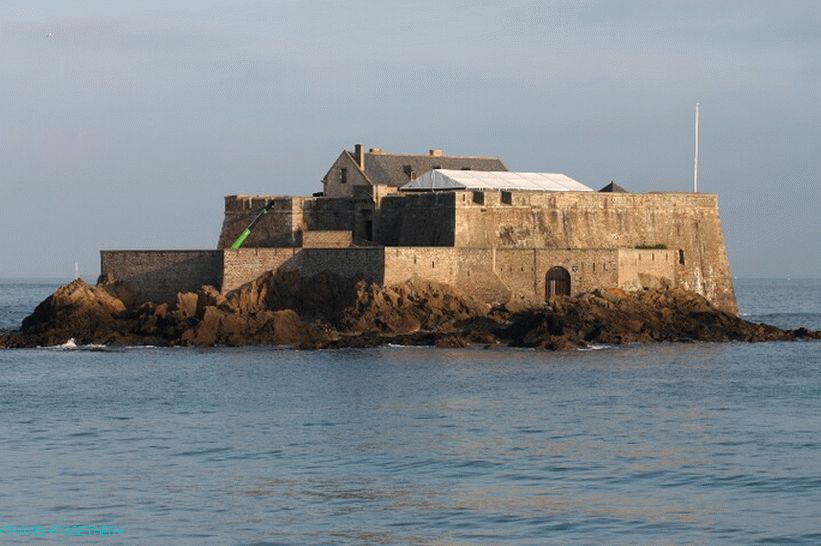 National Fort – a historic monument built at the end 17th century Vauban to ensure the protection of Saint-Malo. During low tide to fort can be reached on foot. 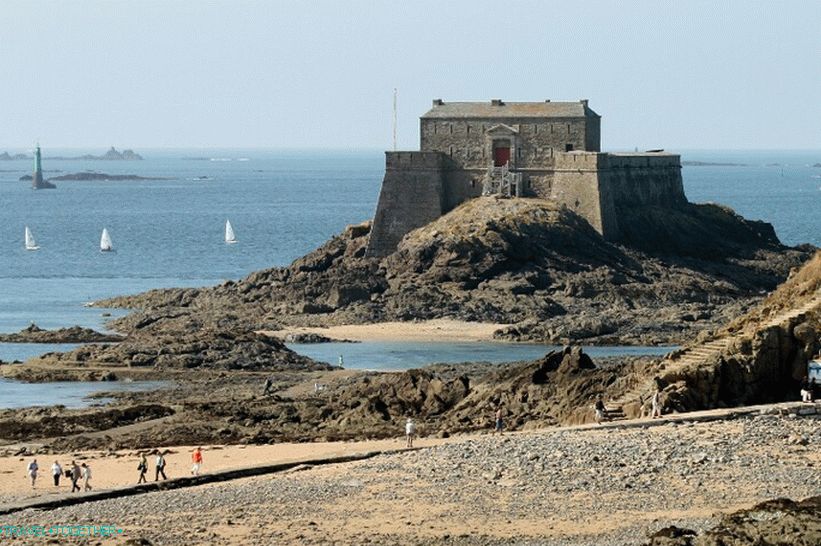 Fort Petit Be – another historical monument with exceptional panoramic view of the walled city. The fort stands near the city and available year-round at low tide (or by boat during tide). Comburg is a beautiful castle founded in the Middle Ages and reconstructed in neo-gothic style in the 19th century. Castle throughout had several purposes in its history: a defensive fortress, the cradle of romanticism, the military hospital … 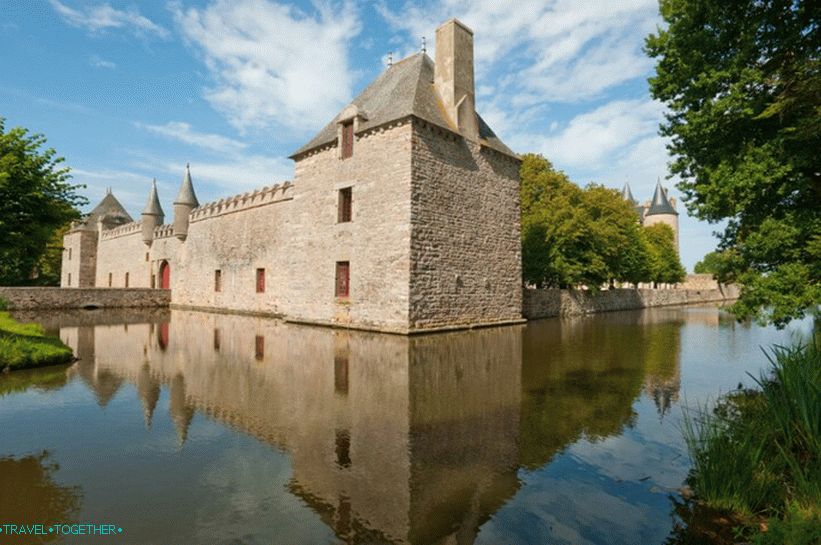 Bienassis Castle is a historical monument that dates from the 15th 17 centuries. This beautiful mansion is surrounded by a picturesque moat with water and battlements with square towers. Adjacent to the castle garden and park.

Chateau du Rocher Portail – one of the most The beautiful castles of Brittany and a masterpiece of French architecture. He was built during the heyday of the Duchy of Breton. Castle contains twelve rooms with old furniture and interior items, gallery Renaissance, chapel, stable.

Saint-Malo on a map of France