Rzeszow (Poland) – all about the city, the main attractions Rzeszow with photos and descriptions, the most interesting tourist routes on the map.

Rzeszow is a city in Poland, the administrative center of Subcarpathia voivodship The city is located on the banks of the river Vislok. Rzeszow – The ancient city, the foundation of which dates from the 14th century. Exactly then the Polish kingdom captured the ancient Russian city Ryashev, which at that time was located on the left bank of the river. Estimated archaeologists and excavations carried out the old Russian city on this place from about the 12th century.

The architecture of the historic center is building XIX – the beginning of the 20th century in the style of classicism, modernity, neo-gothic, modernism and art deco. The oldest surviving building is the Gothic parish church of sv. Wojciech and Stanislaus (1430). 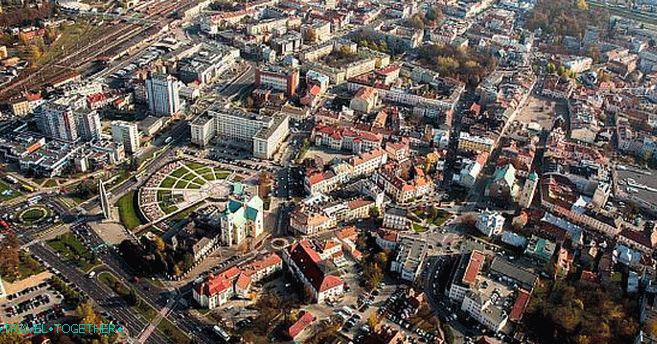 The main boulevard of the city – st. May 3 This is the oldest and at the same time the most representative street of the city. Passes from church to the castle. Currently is a pedestrian. 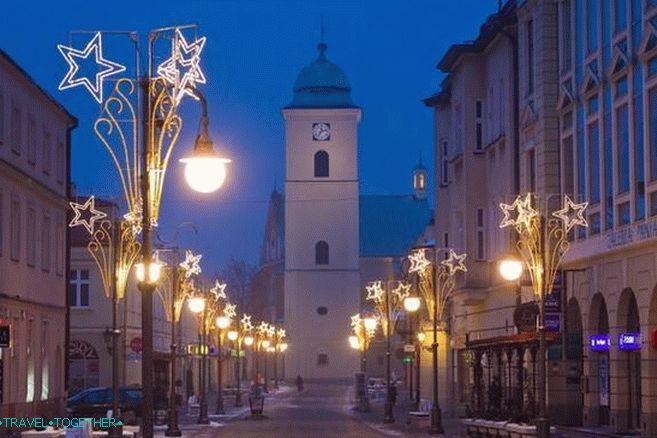 The history of Rzeszow began in 1354, when Casimir the Great (the Polish king) gave the settlement townhouse rights. Already then in the city built the first church and schools. The city began to grow rapidly and develop. In the 16th century a town hall, a castle and a monastery were built here. AT 1638 Rzeszow became the property of the Lubomirski family, becoming an important shopping center of south-eastern Poland.

In the 18th century, Rzeszow became part of the Habsburg Empire, turning into to the capital of the whole region. In 1845, it became a free city, which gave great impetus to its further development. Already in 1858 in Rzeszów laid the railway, in 1888 the first lines appeared telephone service. A little later, they began to build factories and plants. 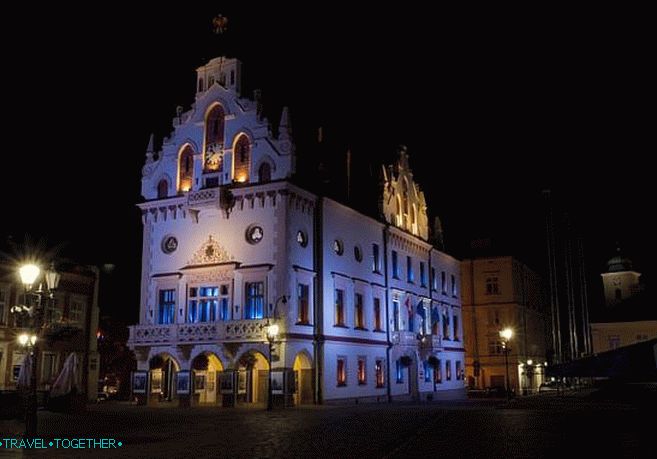 The end of the Austrian monarchy contributed to the growth of the movement towards independence of Poland. After Poland gained independence, the value of Rzeszow is still growing. The city dynamically developed to World War II. During the war, the Nazis created in Rzeszow ghetto, which operated until July 1942. From german The city was liberated by the Red Army in August 1944.

Currently it is also a major industrial and economic center of the region.

Shopping and Shopping in Rzeszow

Large shopping centers in Rzeszow for shopping and shopping:

The main attractions of Rzeszów are the castle of the same name, Old Town Hall on the Market Square, the Church of St. Wojciech and the palace Lubomirskih. There are also two theaters and a large museum. 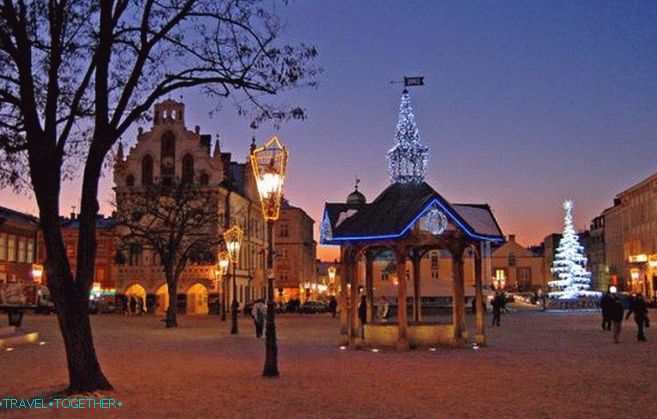 The market square is the central square of the city. Here There are many shops and cafes, there are numerous cultural events. Current market view The square was acquired from the middle of the XIX century after the fire. Dominant the construction of the market is the town hall. On its tower in the XVII century there was a bell, the blow at which proclaimed the start of trading and their the ending. 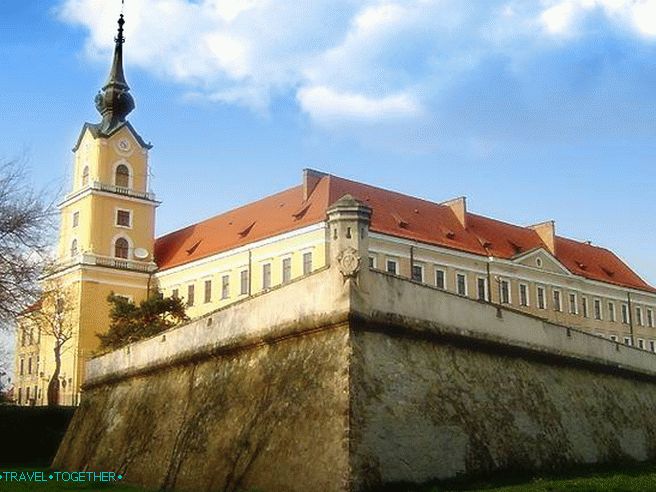 Castle in Rzeszow or Rzeszow Castle – one of the main attractions of the city, built in the years 1902-1906 place of the ancient castle Lubomirski. Currently here the court is stirred up, and until 1981 it is a prison. First defensive fortress was built on this site already in the 16th century. Demolished old castle in early 20th century due to its very poor condition.

Church of sv. Vojtekha and sv. Stanislaus – Holy Church, located in the center of the Old Town at the intersection of May 3 and Kostyushko. This is the oldest building in Rzeszów, whose history It begins almost from the moment of its foundation – in 1363. Church with three naves, the Gothic presbytery and the main nave in style baroque. Next to the church is the baroque bell tower 30.5 m high, covered with a dome and topped with a spire with an angel. The interior of the church – the XVIII century.

The old synagogue is a synagogue located on Bożniczej street 4. Currently it is one of the oldest surviving synagogues in Subcarpathian Voivodeship. She was built in 1610. The synagogue building is made in the form of a square in renaissance style. In the northeast corner is a small the cornice-capped tower that is currently the only trace of the fortifications of the city.

On the west side, preserved from the middle of the 19th century, the outbuilding, originally topped with attic and overlapping. In its interior on the ground floor was a rectangular vestibule, and above it on the second floor is a Babinets.

Summer Palace Lubomirski – old, built in late baroque style residence with elements of rococo, located on the Lubomirski Avenue in Rzeszow, in the immediate proximity to the castle. It was built in the 90s of the XVII century on the territory of the former vineyard.

The old cemetery is the oldest preserved necropolis. cities. The area of ​​the cemetery is 3.65 hectares. Located between The streets of the Market and the River Vislok. It is estimated that around here was buried 40,000 people

Rzeszow on the map of Poland