In this article, I do not want to scare you with existing crime in Thailand. Believe that against the background of Russia, Thailand seems quite harmless country! But still, whether to fear Russian mafia in Thailand?

Crime in Thailand is gaining every year all new and new records. All because every day the influx of Russian gangsters is increasing former post-Soviet space. Especially they are teeming with the most popular resort areas.

Fraud, extortion, murder, robbery with using weapons (how to buy weapons in Thailand) – and this not yet a complete list of crimes of the Russian mafia in Thailand. Phuket and Pattaya are the most profitable resorts of Thailand – namely therefore, criminals love these places so much. Their goal is to rob their compatriots, but lately they have begun to attack also foreigners.

At the moment there are non-Russian tourists in Thailand having common affairs with the Russian mafia, that is, with criminal gangs involved in crime and to this day. 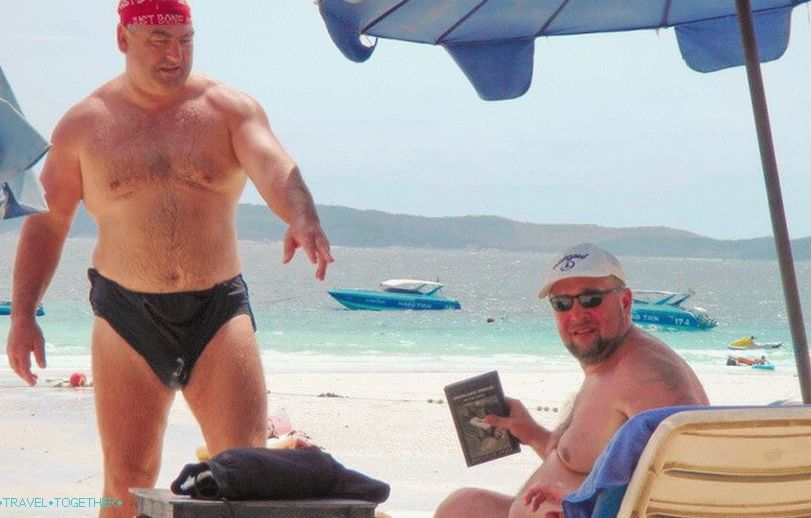 Some criminals stop in Phuket to lie down. to the bottom. But it all lasts until they run out cash. After that, they gather in groups and return to criminal activities. They don’t care that they live in a stranger. the country and the fact that they may eventually become arrested by the police Thailand Easy money makes them cloudy, and they like wild beasts, go hunting.

As Thai police operatives say, they are engaged in Thailand crime even such bandits, which is not so simple to catch. In this case, they have to seek help from Russian colleagues from Russia.

In Thailand, the ass is another type of criminal personality, their main the goal is acquaintance, gaining trust and friendship with the victim, while a person does not even suspect the danger of his new acquaintance. Victims are most often people with wealth, the criminal can be on friendly terms with her and not one month until it gets hooked. More often This happens when buying a property. At this moment now “innocuous friend” can commit as fraudulent actions and murder with subsequent robbery. How to buy real estate in Thailand without running into scammers we passed by

Although this is not a mafia, but still … Since 2011 and, rather of all, to this day, fraudsters from all over the CIS move to Thailand and there are engaged in frauds associated with the spread of advertising Mmm Thereby, they mislead our compatriots and peel them to the skin. More information in the material “MMM in Thailand – scammers or not? ”

They also call the Mafia somehow the language does not turn, but … There are such characters, which precisely she and the roof. Pickpockets There is everywhere, including in Thailand. Most often, it is in large numbers tourists from around the world. As for the Thais, they are almost all are honest people. Their belief is that after being stolen the following life they will become poor, discourages all the desire to do it. Material in the topic “How not to become a victim of pickpockets in traveling. ”

Russian gangsters in Thailand are most loved engage in extortion and intimidation of both entrepreneurs and ordinary tourists. In this case, she carries out psychological pressure on the person who later has to give everything your savings. At the same time, the most frightening thing is that they don’t even trying to call the police because of fear for their health and health of people close to him. Still, according to the knowledgeable people, Russians criminals are trying to protect, open our compatriots business in Thailand.

Phuket and Pattaya, sometimes even encompassing total chaos among Russian predunikov. The victims are ordinary tourists who came to Thailand for just a couple of weeks. They are robbed or killed their own compatriots. Crimes of this kind basically committed at night. Some criminals have this whole mess It seems commonplace and entertainment, having its definition as “dissolve the sucker”. According to tourists, drunk Russian cattle It is found both in Thailand and in Russia.

But not only the Russian mafia is operating in Thailand. There are also foreign crime personalities whose homeland is South America, China (Chinese triad) and Europe. There are still such criminals who are starting a new life in Thailand – make legalization of their criminal business, start a family, Fortunately, there are not so many of them in the country.

Be careful when you meet new acquaintances and friends in Thailand !!!