You can run into fraudsters in any city, in any country, and Thailand is no exception. In most cases, scammers in Thailand are visiting people from other countries, especially from Russia. I sometimes wonder why Russians in Thailand are eager to do their own criminal business in other countries than they are in the borders of the Russian Federation is not “working”? Although, rather all they want, like ordinary tourists, to live in “paradise”. That’s just honest work is beyond their power.

This article is about today’s scammers. MMM-shchiki. Although, on the day of the foundation of MMM-2011, I would did not call it that. Why? Read on, you will understand everything)))

Sergey Mavrodi, who created the MMM pyramid in 1994 and in aftermath of imprisonment (to the word, and you know what secrets in itself the Thai prison harbors?) continued his second version, already modern pyramid MMM-2011. I will say right away, in the first year of the pyramid’s existence, it was possible make good money. To be honest, I decided to take a chance and … invested, I will tell about this story a little more in detail. 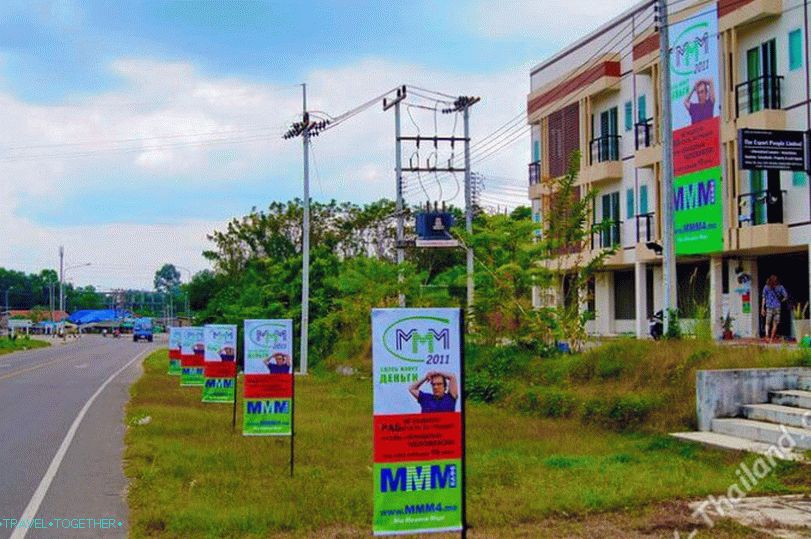 Here is how it was. In February 2012, I decided to put for 3 months 40 thousand rubles. Two months have passed steadily, but in May, when I it was already necessary to take the winnings, problems started in MMM-2011. The pyramid began to slowly disintegrate. My head somewhere gone … Fortunately, a couple of weeks later another one showed up, wishing save our cell, and I somehow managed to hit the jackpot at 70 thousand rubles !!! Although in theory I should have won twice as much the rest spat, did not waste your nerves. Most importantly, I lost nothing!

As for MMM in Thailand. Occasionally, in the country you can meet the organizers of this criminal activities. They spread the pyramid advertising, literally, everywhere: on asphalt, on cars, on houses, business cards are pushed and so Further. Speaking of cars …

Once, I myself saw two black Kruzak with flashing advertising pyramids throughout the body. They stood near the road, in appearance, villas. These were one of the leaders of MMM. As well as the car in the photo above – an example. 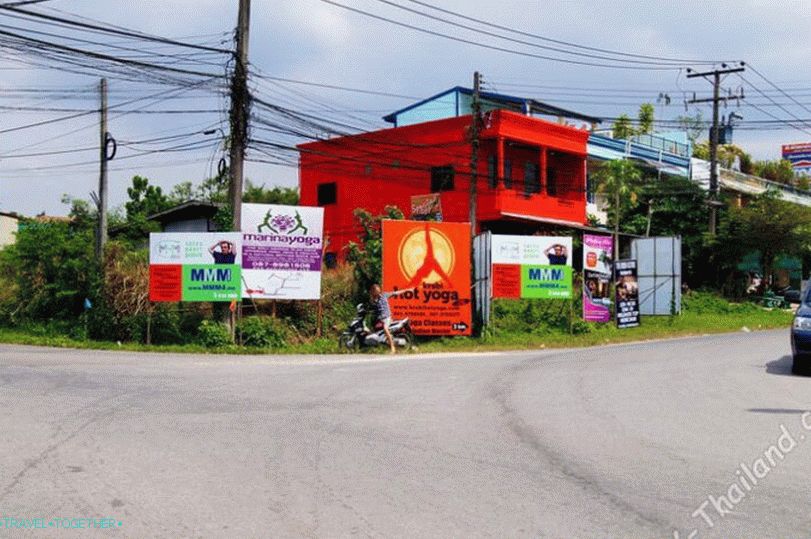 In general, draw conclusions why I do not recommend contacting you. with MMM not only in Thailand, but also in any other country. Judge yourself. First, managers steal from a common wallet cash (of course, non-cash), intended for payments to the participants. Secondly, even if you get no stealing Leader, not the fact that he will not throw you at the end. Thirdly, the pyramid as a whole, is divided into many cells, headed by your supervisor, if in your cell money for there are no payments, then, most likely, you can don’t to count.

P.S. As he says himself, Mavrodi: “If I were a normal person, such nonsense would not be engaged. “GOOD LUCK, not fall for his bait, it had to be done earlier, in 2011 year)))

Security
Thailand is considered the least dangerous country in south-east Asia. Since due to tourism

Security
In this article, I do not want to scare you with existing crime in
Leave a Reply Cancel reply
Recent Posts
Categories
Recent Comments
Archives
This site uses cookies to store data. By continuing to use the site, you consent to work with these files.