Rotterdam (Netherlands) – the most detailed information about the city with a photo. The main attractions of Rotterdam with a description, guides and maps.

Rotterdam – the largest port in Europe and the second largest city The Netherlands. Located in South Holland near North sea ​​on the river Nieive-Maas, formed by the delta of the Rhine and the river Meuse. Rotterdam is one of the most modern cities in Holland and one of most dynamic in Europe. It is famous for its modern architecture, nightlife and shopping, avant-garde art and the kitchen.

The climate is temperate sea with a rather cool summer and mild winter. The average temperature of the warm period is often lower. 20 degrees, while in winter it rarely drops below zero.

Rotterdam was founded in the 13th century near the dam, where a small river Rotte flows into the Meuse. The name of the city can be translated as “dam on Rotte “. Already in 1340 the settlement received city rights. Thanks to its advantageous position Rotterdam quickly turned into one of largest dutch ports. In 1360 began to be erected city ​​walls. In 1572 Rotterdam was plundered by the Spaniards. Early 17th century a new large port was built. Very quickly Rotterdam turned in one of the most important and largest ports in Europe, which remains to so far. In the early 20th century, city fortifications were demolished, who held back the growth of the city. During the First World War Rotterdam acted as a base of special services. In may 1940 German troops bombed downtown.

The airport is located 6 km north of Rotterdam. There are straight Flights to major cities of Germany, Spain, Italy and England. Amsterdam Schiphol is located 58 km away and offers more directions. You can get to the city from the airport by bus 50. Rotterdam is a major railway junction. High speed there are trains from Antwerp, Brussels, Amsterdam, Paris. Also the city is distinguished by good car accessibility.

There are not many historical and cultural monuments in Rotterdam. Major landmarks were created relatively recently. 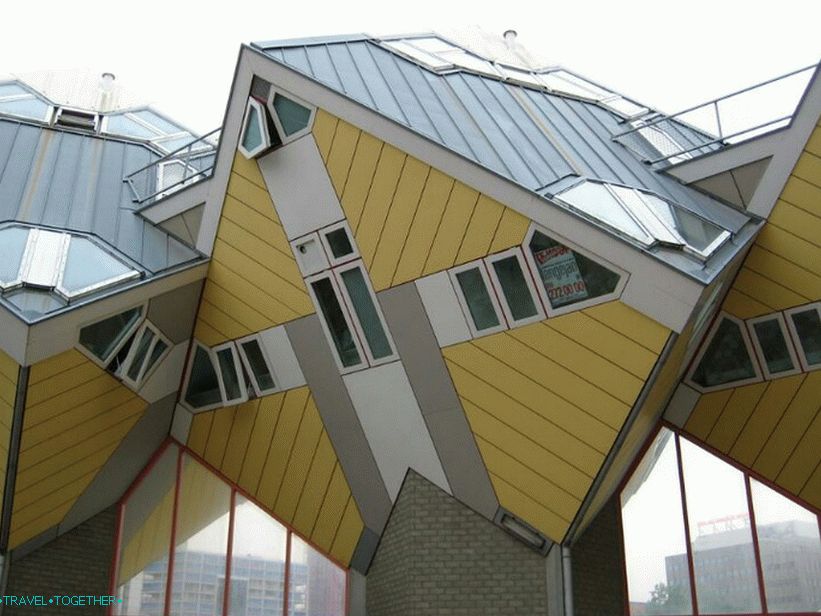 Kijk-Kubus – cubic houses, a project of architect Pete Blom. They are a museum. De Markthal is a market combined with residential apartments. Behind painting on the walls and ceiling it is often called the “Dutch Sistine Chapel. ”

Ruined City (De Verwoeste Stad) – Memorial of 1953, reminiscent of the destruction of the Second World War. 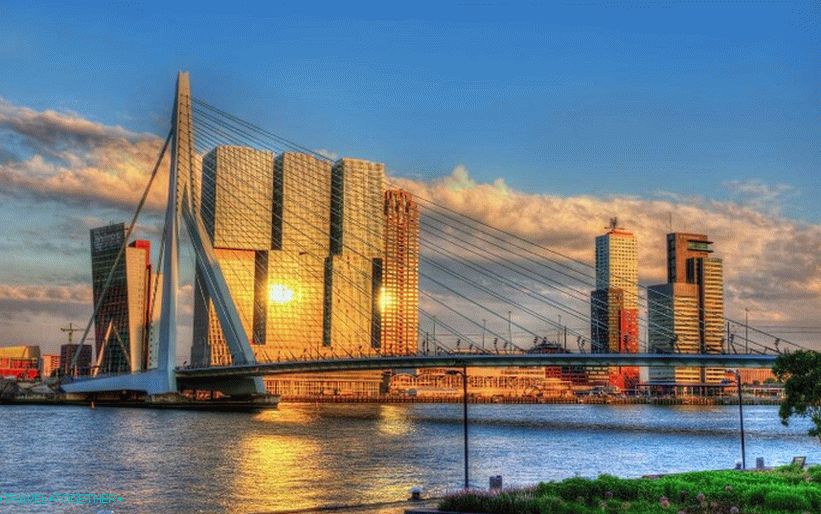 The Erasmus Bridge is one of the symbols of Rotterdam, the 800-meter bridge, which connects the northern and southern part of the city. Rotterdam Tower – the highest construction of Rotterdam (185 m), built in the 60s of the 20th century. At an altitude of 100 meters is located observation deck. 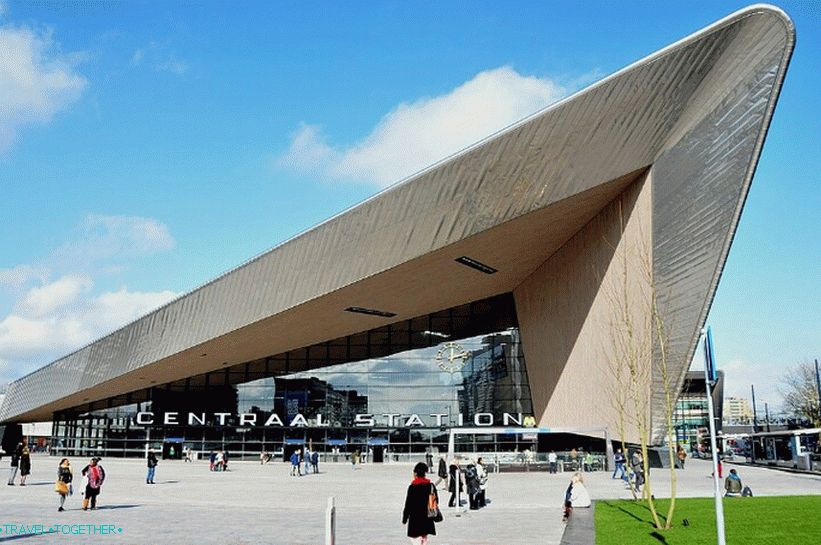 De Brug – the four-story Unilever Bestfoods head office Nederland, built as a bridge construction over the old by the plant. Delta Museum – reconstruction of the battleship of the 18th century. The White House is a 45-meter office building from the end of the 19th century, the first skyscraper of Europe. Instead of steel construction were applied thick bearing brick walls.

Delfshaven – a picturesque pier, a corner of the old Rotterdam. Laurenskerk Church is a 15th century Late Gothic church, one of the few medieval landmarks of Rotterdam. Skyscraper Maastoren – the highest building in the Netherlands. Height the building is 164 meters. Oude- of Pelgrimvaderskerk – the historic church in Rotterdam. Schielandshuis – the only surviving building 17 century. Town Hall – a beautiful building in the Romanesque style and Art Deco, built in the early 20th century. Willemsbrug – one of the symbols of Rotterdam, a beautiful red the bridge that connects the city center and its northern part. Kinderdijk – nineteen historic windmills that are one of the most important Dutch monuments and are included in UNESCO World Heritage List. Are located near Kinderdijk village 23 km from Rotterdam.

Rotterdam on the map of the Netherlands