Predjamski Castle (Predjamski grad) is one of the oldest and most famous castles of Slovenia, the national symbol of the country. Located 10 km from Postojna in the south-eastern part Slovenia near the small village Predjama. Predjama Castle – one of the most beautiful and interesting facilities of this type in Europe, listed in the Guinness Book of Records. Castle history has 800 years.

Predjama Castle is located on a 123-meter rocky ledge. meter This is a powerful fortress built in front of a large cave, and rock serves as the main element of its design. Name of the castle translated into Russian as “pre-cave, located in front of cave from Slovene pred (before) and jama (cave). 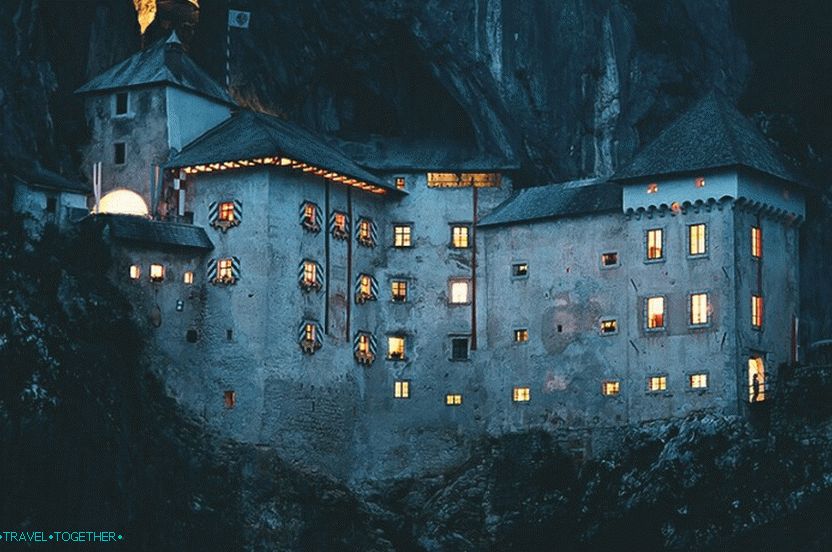 Predjama Castle is a vivid example of medieval defensive architecture, having a glorious history and fanned many legends. The castle offers a unique opportunity look into building technology and the ingenuity of people addition time that managed to build such an impressive structure, creating one with the rock and the cave inside it. After Significant restoration of the castle opened its doors to visitors. Inside you can look at medieval weapons and armor, interiors and household items.

Predjama Castle appears very often in the cinema. Filmed here episodes of films The Armor of God with Jackie Chan, Game of Thrones, Harry Potter and others

The history of the castle begins in the 12th century. First written mentions about the fortress at the rock attributed to the year 1202. From the second half of the 13th century Predjama Castle becomes the possession of the Yamskys, whom he owes further development.

In the second half of the 15th century, the baron became the owner of the castle. Erasmus Yamskoy (Predjama), which is associated with the main legends and feats This baron had a bold, indomitable and independent by temper. According to legend, in a duel he killed an Austrian marshal for insulting his friend’s memory. This marshal was related to the emperor of the Holy Roman Empire Frederick III. On this ground a real war broke out between the baron and the empire. More than a year imperial troops stormed this fortress without much success. Despite some help from the Hungarian king, Baron Erasmus with success on their own defended the castle, attacked the imperial carts and trade caravans. Imperial troops were cold on the approaches of the castle from cold and starved. Baron mocked them and offered hot meat and fruit that were brought to the castle from the neighborhood through network of secret passages and caves.

It is not known how long the siege would have continued if it had not been found traitor. This man agreed with the imperial troops, and in the middle of the night I lit it in the window of the room where the baron was, a lantern. The imperials fired guns and fired a volley that killed the brave baron. Slovenian legend says that at this time the baron was washing and his crushed down the shattered wall. Erasmus of Predjama has been buried nearby with a small gothic church of sv. Mary under the old linden tree 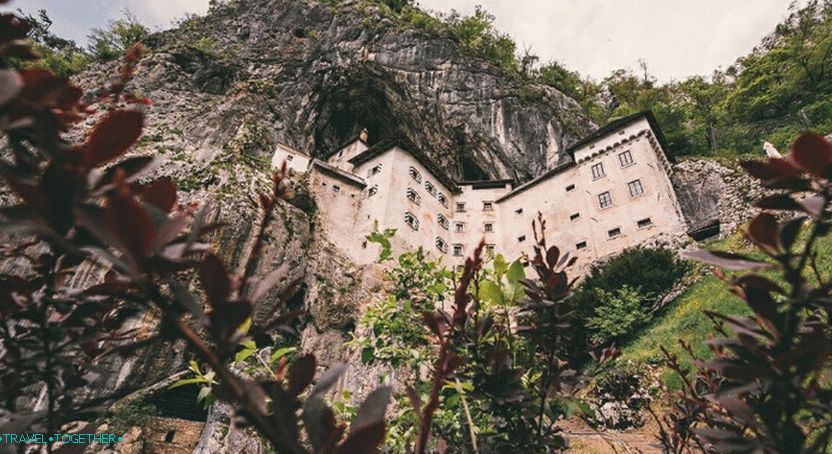 After the death of Baron, Emperor Frederick preredal castle as a gift nobles Oberburg. At the beginning of the 16th century, Predjama Castle became property of the Purgstall family. In the same century, the fortress is strongly hit by an earthquake.

In 1567, the castle was rented to von Cobenzl, who, through 20 years bought it from the Austrian crown. This nobleman was ardent a fan of the italian renaissance. With him the castle was rebuilt and acquired a modern look.

Interestingly, in the early 17th century, the castle was robbed. Thieves found secret move and carried a lot of valuable. Then the owner of the castle ordered lay it.

In the early 19th century, Predjama Castle changes its owner again. Them becomes the nobles of the kind of Koronini-Kronberg, whom in 1847 the Windischgrätz family replaces, who owned the following hundred castle years old.

Now, every year in honor of Erasmus Predjama There are knight tournaments, the finale of which is the medieval feast. 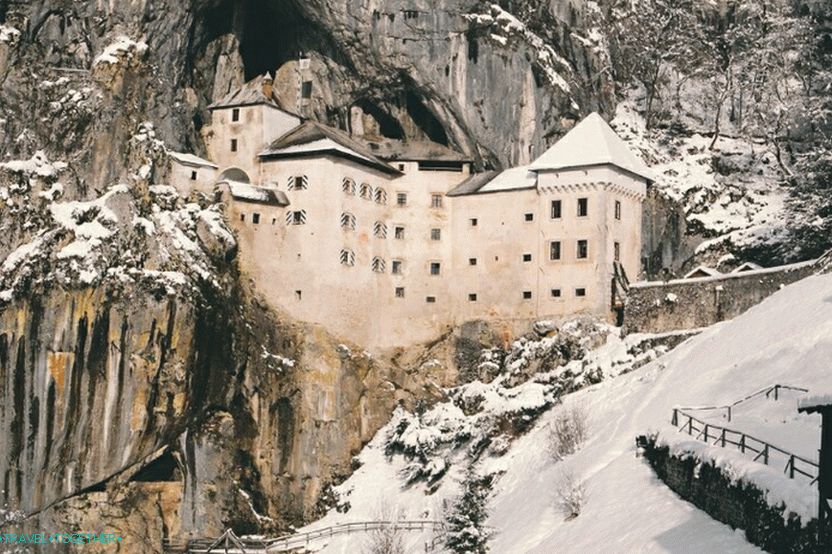 Predjama Castle works according to the following schedule:

Predjama Castle on the map of Slovenia