Pisek (Czech Republic) – the most detailed information about the city with photos. The main attractions of Pisek with a description, guides and cards.

Pisek is an ancient city in the South Bohemian region on the Otava river. City located in the south of the Czech Republic between the cities of Pilsen and Ceske Budejovice. Despite the small size Pisek boasts interesting landmarks and monuments: a stone bridge over the river Otava, old royal castle, early gothic church of the Nativity Virgin Mary XIII century.

The historic center of Pisek is distinguished by its ancient architecture, a large number of preserved historic buildings. Population This place began as early as the 12th century, when the first the village. The name of the city was due to the coastal sands, in which used to find a lot of non-ferrous metals and even gold. Pisek was founded in 1254 by King Přemysl Otakar II. 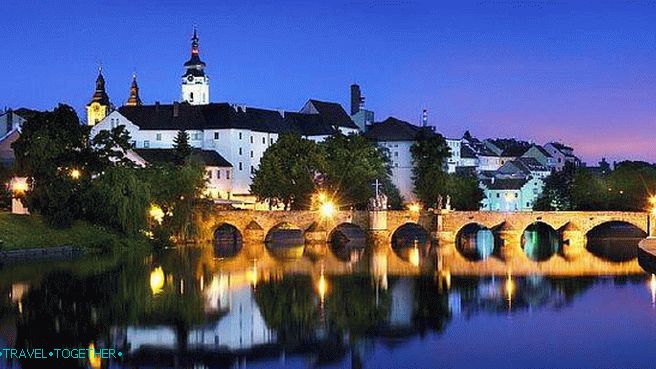 Stone Bridge (Kamenný most) – Home landmark Pisek. This is the oldest preserved bridge in Czech Republic, built by King Premysl Otakar II in 1348. is he was built before the Charles Bridge in Prague. In the 18th century, the bridge was decorated with statues of Baroque and became even more like the Charles Bridge. The bridge is 109.75 meters long and 6.25 wide. It rises above the level water on 6 meters. Stone bridge is located in the city center. To him Streets fit: tř. Národní svobody and Karlova.

Another important attraction of Pisek is the Catholic Church. Nativity of the Virgin Mary. Early Gothic three-nave church 13 century. Originally the building of the church had a pair of identical towers, but at the end of the 15th century, the south tower was enlarged to 74 meters. In the 18th century it was rebuilt in baroque style. The church is located on the street Bakaláře. 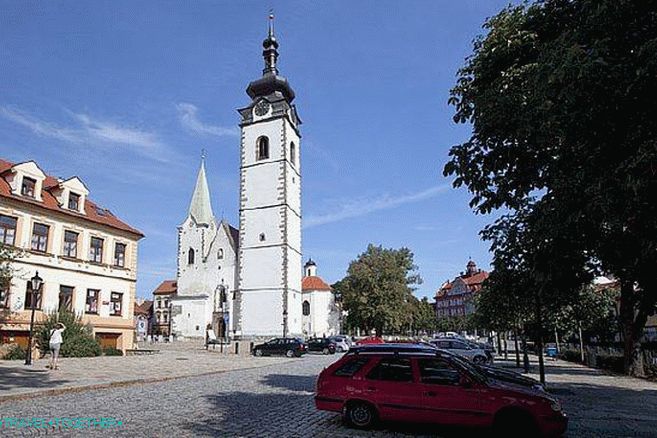 Church of the Nativity Virgin Mary

Pisek Castle – originally Gothic royal castle rebuilt in the town hall and brewery in the 18th century. Castle located on Velké nám. or V Podskalí street (river side Afternoon). The first mention of the royal castle dates back to the 13th century. AT Currently, part of the western wing of the castle is demolished. Around castle remains of fortifications 13-17 centuries, bastions and fragments of fortress walls. Unfortunately, the three gates were demolished. Now there is a museum, exhibitions and lectures.

What else to see in the city of Pisek?

In addition to the above attractions in the city of Pisek you can still see:

Of course, another attraction of Pisek is ancient architecture and preserved historic buildings of the Old cities.

In general, the city of Pisek is a cozy, beautiful, quiet Czech town, which is definitely worth a visit.

How to get to the town of Pisek on your own?

Pisek is located 105 km from Prague. Best to get by bus from Prague (Na Knížecí station), České Budějovice and Český Krumlov. Routes from Prague – buses in the direction Ceske Budejovice and Cesky Krumlov. Check the schedule and buy tickets can be here -http: //jizdnirady.idnes.cz/

Map and route to Pisek

Pisek on the map of the Czech Republic