Piran, Slovenia: the most detailed information about the city of Piran, main attractions with photo and description, location on map.

Piran is a city in Slovenia on the Istrian peninsula. Together with the city Portorož is one of the main Slovenian resort centers. Adriatic. Piran – one of the most picturesque and beautiful coastal cities of Slovenia, located at the very tip of a small peninsula, which seemed to crash into the Adriatic Sea. Him the old town also represents one of the most well preserved historical centers among all the cities of the Adriatic, A real gem of Venetian architecture. Piran will give you amazing atmosphere of old winding streets, the charm of sunsets and cozy restaurants with fresh seafood and local wine. 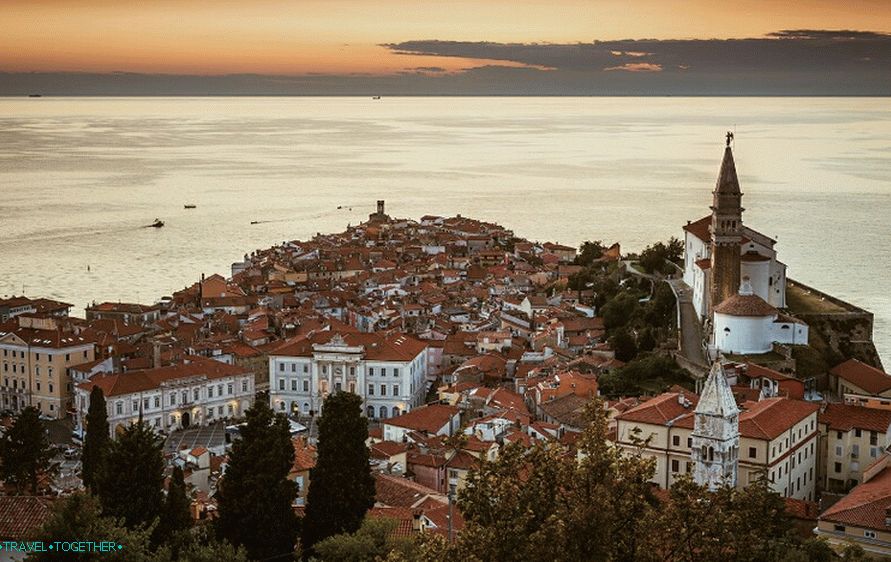 Piran, like almost all of Istria, was settled back in pre-Roman an era. On its territory lived Illyrians, who were not only farmers, hunters and fishermen, but also hunted piracy and robbery. The Piran Peninsula was incorporated into the Roman Empire in the 2nd century BC

In the 5th century, with the decline of the Roman Empire and the invasion of the Slavs, Piran and other cities of Istria were fortified. But it did not save from conquest Franks in the 8th century. Slavic tribes also settled here. AT 10 Century Piran became part of the Holy Roman Empire. 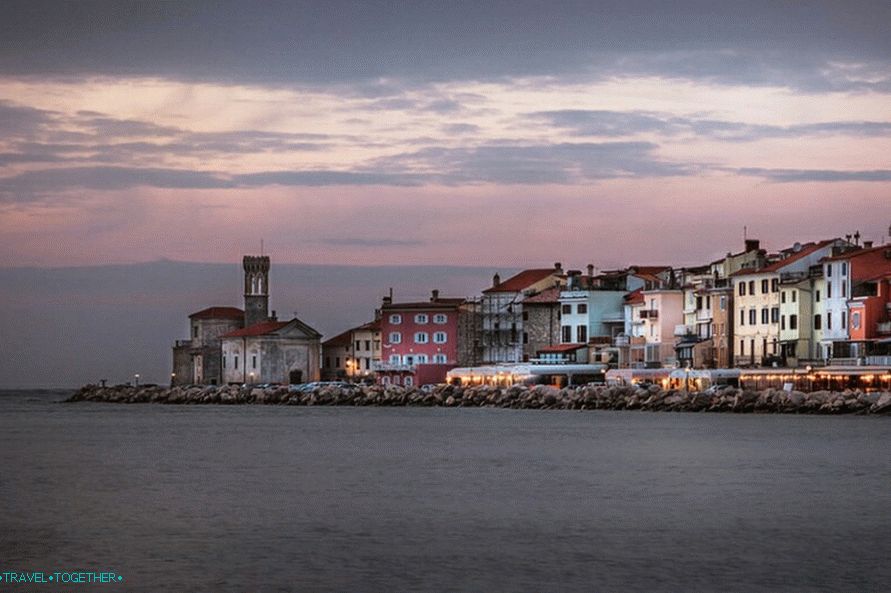 From the 13th to the 18th century, Piran was part of the Venetian Republic. Venetians largely determined the architecture of the Old City. In 1797 year the city was annexed to Austria-Hungary. In the composition of the Habsburg The state of Piran was located before the First World War. In the 19-20 century it was a thriving resort town with a great market and transport service. The first trolleybus was launched here. line in the Balkans. 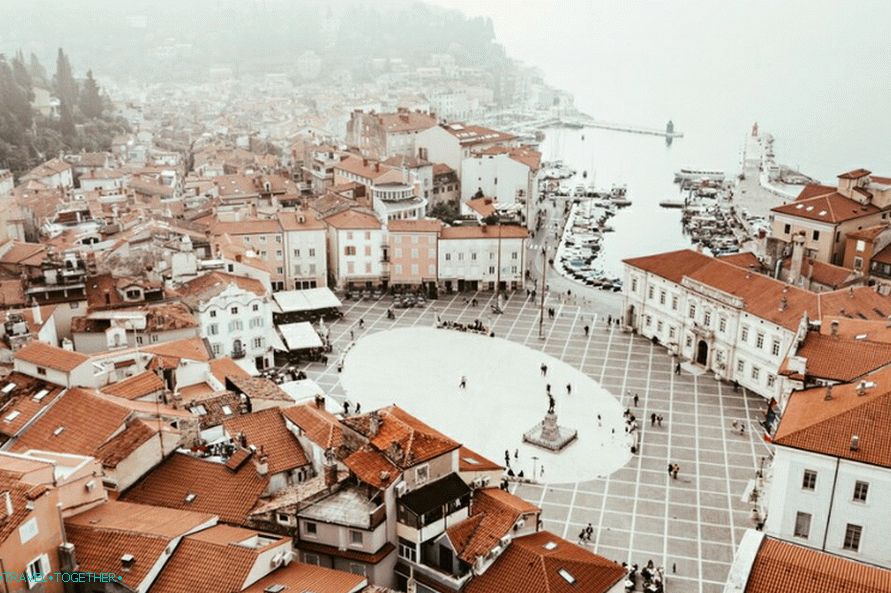 The climate of Piran is humid subtropical. Very warm in the summer The weather, the winter is cool and rainy. Snow and frost are rare. Fogs are possible in winter. 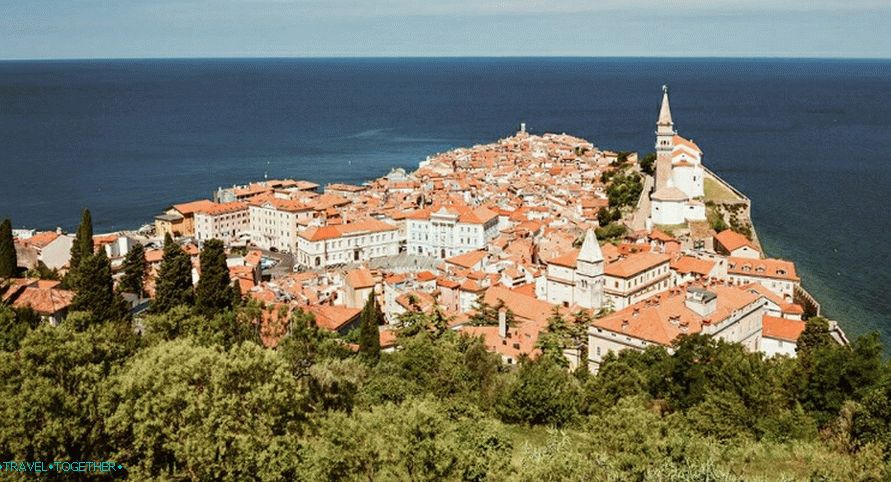 The nearest international airport is located in Portorož. Other airports nearby are Trieste, Pula, Ljubljana. Piran does not have rail service. The nearest railway station is in the city Koper. The main bus service remains. From Trieste bus It takes about 1 hour, from Ljubljana – a little over 2 hours. schedule bus traffic and tickets see here -https: //www.ap-ljubljana.si/

One of the main attractions of Piran is the old city. Winding old streets and the charm of Venetian architecture just will not leave you indifferent. 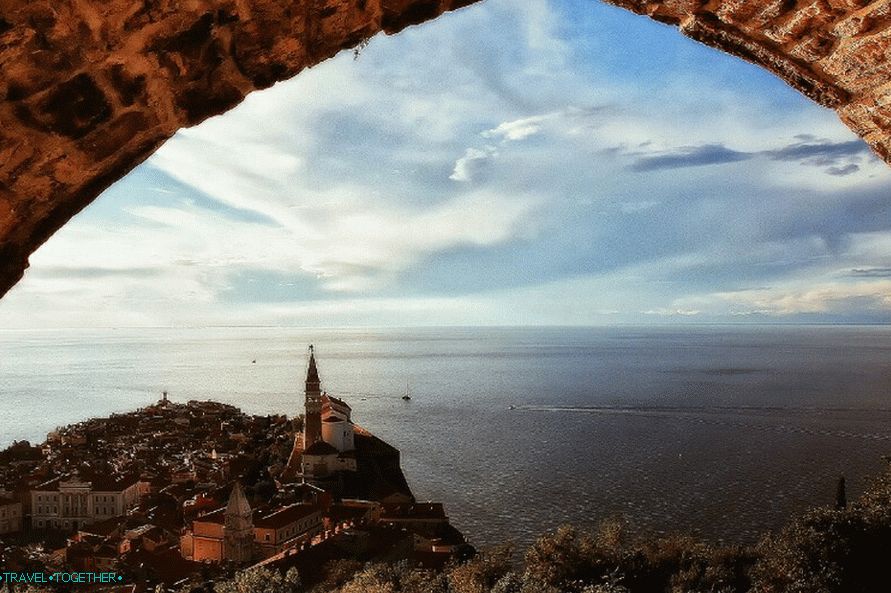 On the main square you will meet the statue of the most famous person in the city of Piran – Giuseppe Tartini. This is a composer and virtuoso violinist who was born in a house located in several steps from the square. 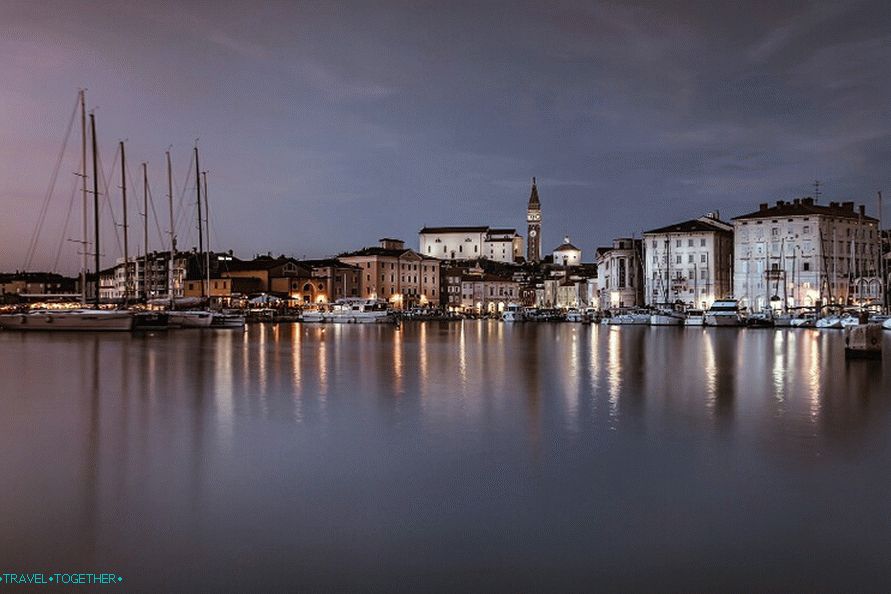 View of the night Piran

The old city itself was surrounded by a wall, probably already in the 7th century. AT Present here are fragments of the old city walls. They can be found on the street .IX korpusa. 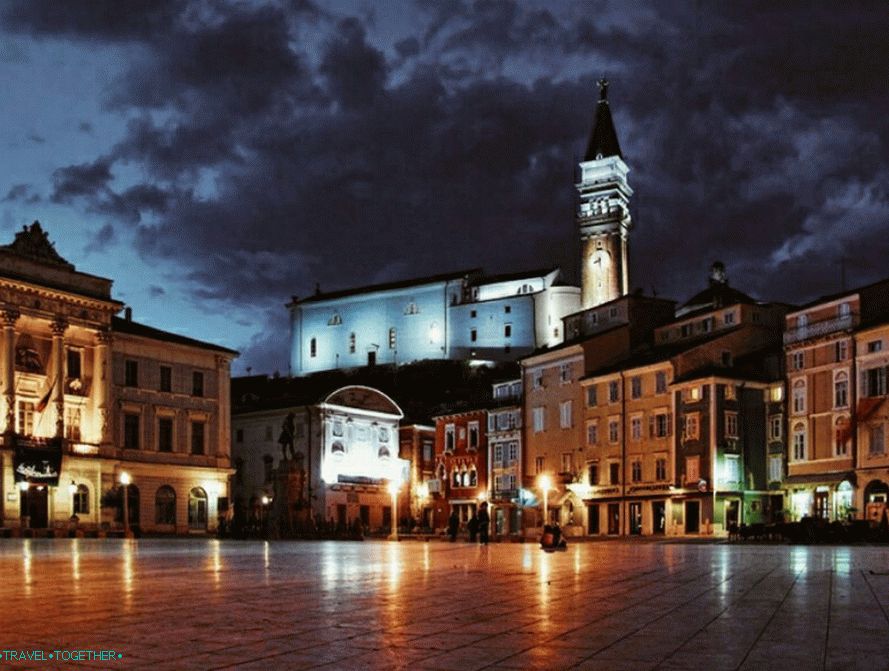 Another significant landmark is the church. St. George This is a catholic temple built on a hill in Venetian style. The origins of the church go back to the 12th century. If a climb the bell tower then you can enjoy beautiful views Piran.

The place of attraction is the city embankment. Here you can not only make pleasant walks, but also admire the beautiful Adriatic sunsets, eat the freshest seafood in cozy restaurants or to meet the evening with a glass of wine.

Among the cultural sites of Piran, the Tartini Theater should be highlighted. Maritime Museum and a large aquarium.

One of the main reasons for going to Piran is rest. The coast of the Gulf of Piran boasts clean sea and comfortable beaches. Piran’s city beach is located on the tip of the peninsula. And in the direction of the city of Portoroz are located beaches Fornace and Bernardin.

Video – the city of Piran

Piran on the map of Slovenia