Piacenza (Italy) – the most detailed information about the city with photos. The main attractions of Piacenza with a description, guides and cards.

Piacenza is a city in the north of Italy in the region of Emilia-Romagna. it a commune with an ancient history dating back to the times of the Roman Empire, magnificent gastronomy and attractive historic center with medieval buildings and Renaissance architecture. Piacenza – This is a quiet provincial town, which is famous for its ancient churches, palaces and charming squares.

Piacenza is located on the south bank of the river Po. The city is located between Parma and Milan in the center of fertile agricultural region. Piacenza has a humid subtropical climate. Summer is here quite hot, rainy autumn, and winter mild with rare and small negative temperatures. 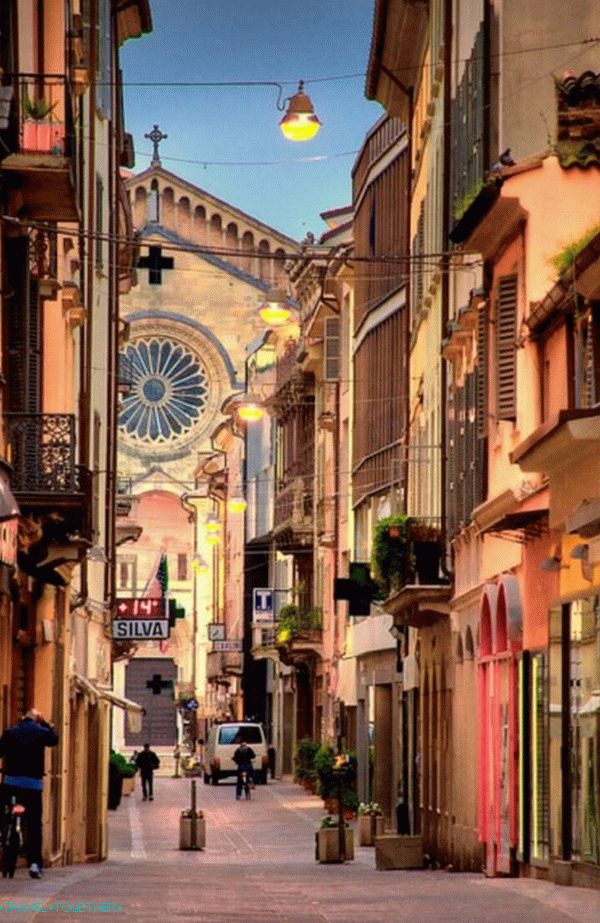 Piacenza was founded in the 3rd century BC. by the Romans called Placentia. In 201 BC Roman settlement was ravaged galls. In 187 BC Piacenza and Rimini connected the road which became an important trade route on the way from Rome to the North Europe This further ensured the prosperity of the city. 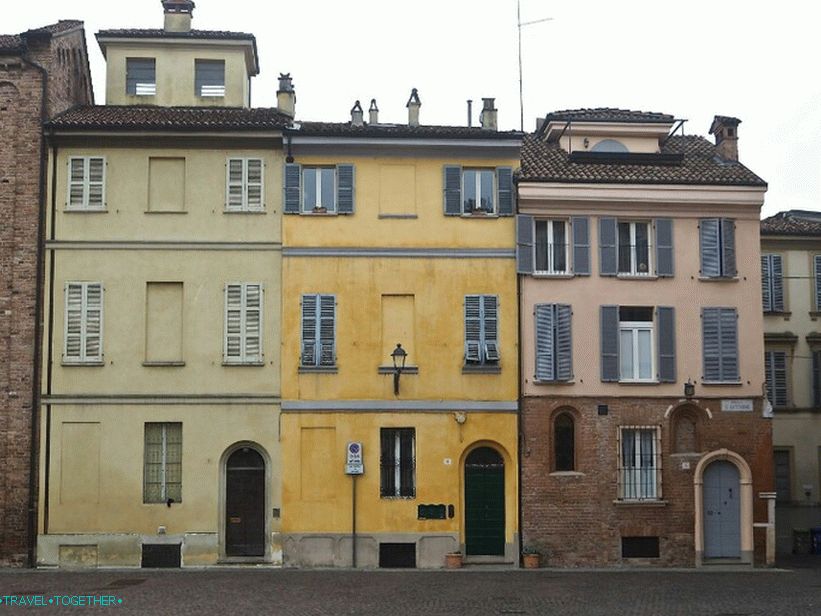 After the collapse of the Roman Empire, Piacenza was devastated by the Goths. Then a short time the city belonged to Byzantium, while at 6 century was not conquered by the Lombards. In the 9th century, Piacenza became part of state francs. And between 997 – 1035 years was ruled. the bishop. Since 1126, Piacenza is a free commune and an important member. Lombard League. From the 13th century to the mid-15th century, the city owned the Visconti family, then until the end of the 15th century Piacenza belonged house Sforza.

In 1545, Piacenza became part of the Duchy of Parma, which ruled by the Farnese family. In 1731, the duchy seized Spanish Bourbons, then Napoleon, then his spouse owned them Marie-Louise, then Bourbons again, until eventually the city became part of Italy. 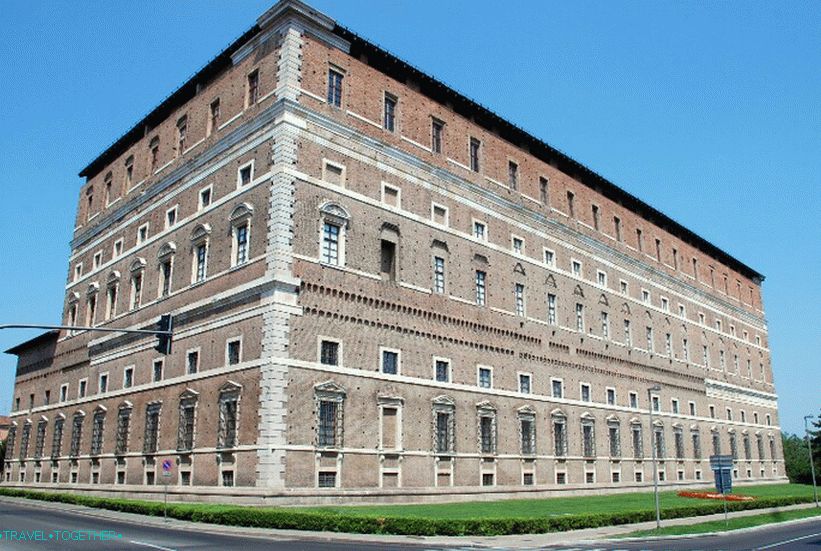 The Palazzo Farnese is a large palace that is one of most impressive buildings in Piacenza. It was built in the 14th century and expanded in the 16th century. The Farnese Palace is located on the banks of the river. By. Now it houses an archaeological museum and art gallery with works of masters of 16 – 17 centuries.

Duomo – the cathedral, which is the most significant sacred monument of Piacenza. This is one of the largest churches in Emilia-Romagna region and one of the best examples of Romanesque architecture in northern Italy. The current building was built at 12 century and has a beautiful facade with a large round rose window and three ornate arches. The central bell tower rises above the building 32 meters. Inside this wonderful church is a series colorful murals created in the 14th and 16th centuries, as well as several beautiful wooden sculptures. 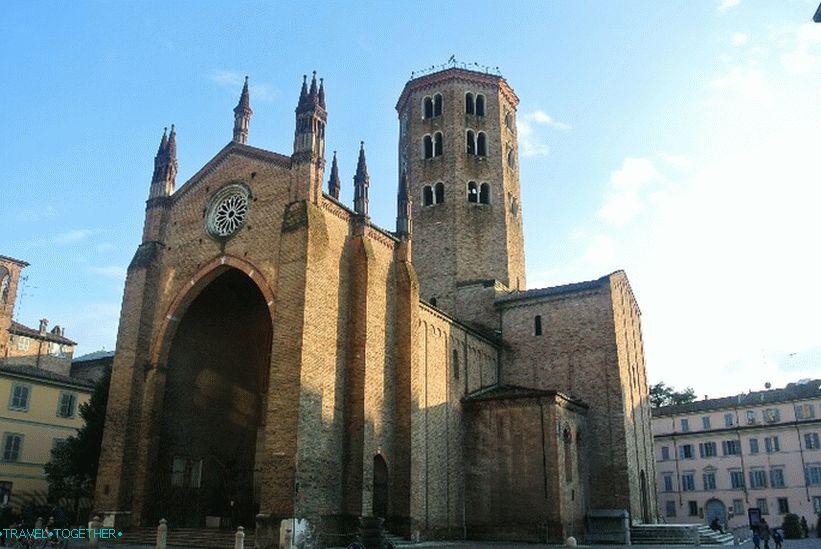 Basilica of San Antonio – a beautiful church in the Gothic style, built in the 14th century. This beautiful building is in the heart. Piacenza and has a huge open arched portico, topped with rose window. In the structure of the building stands out a large hexagonal. the bell tower with rows of arched windows, and in the interior – wonderful frescoes

The Palazzo Gothico is a beautiful palace that is one of symbol of the city. The building is an interesting example. Lombard gothic. The upper half is built of brick and crowned with teeth. The lower part has an open portico and a number of arches from white stone. 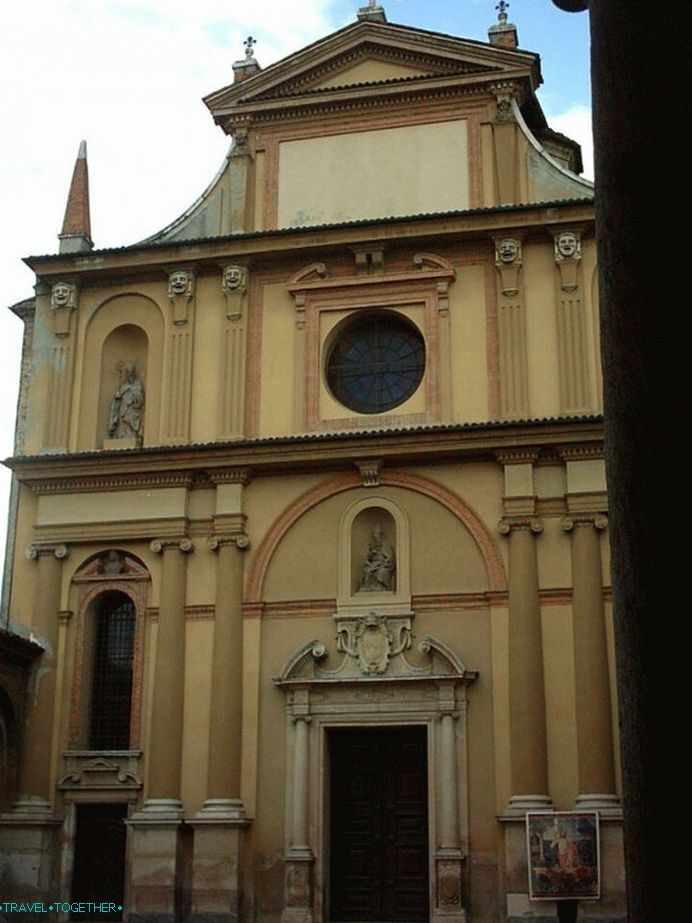 San Sisto – renaissance roman catholic church, built in 1511. Although the first Christian building and a monastery on this site was built in the 9th century. In 1425 the monastery was given to the Benedictines. Facade in the style of mannerism was decorated in the late 16th century.

Plots in the historical center of Piacenza defensive walls built in the 16th century during the reign Farnese. Walking along Via XXI April, you can see a long a section of this wall along with the surrounding moat, where they are now passing sports and music events. 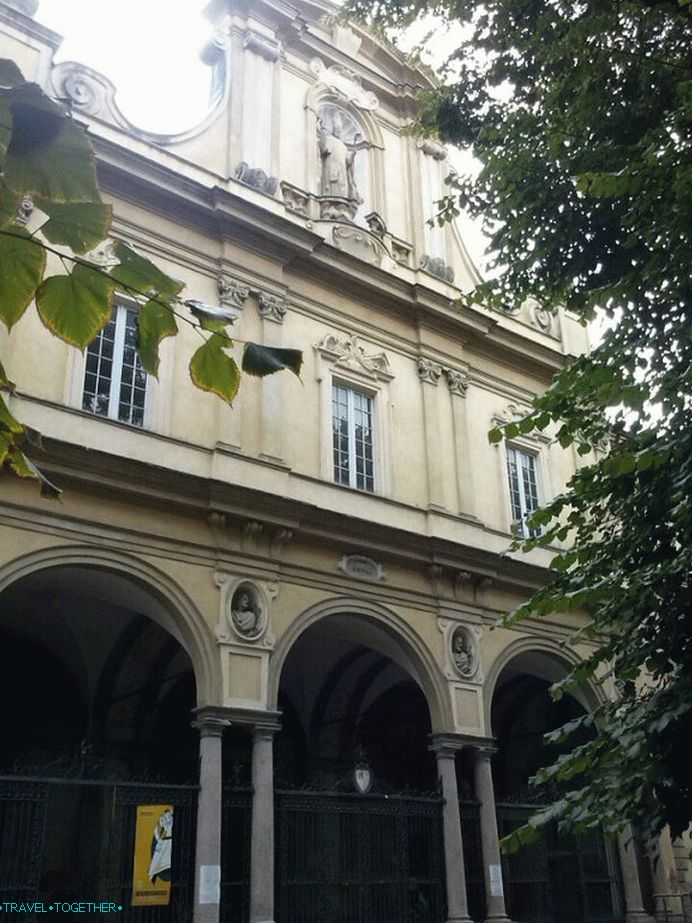 San Savino is an ancient church that dates back to the 12th century (although there is evidence that the first basilica here was built back in 4 century). In the 18th century, the original Romanesque style of the building was changed to renaissance. The church has kept a number of interesting religious artifacts, including mosaics and frescoes, as well as wooden crucifix of the 12th century. 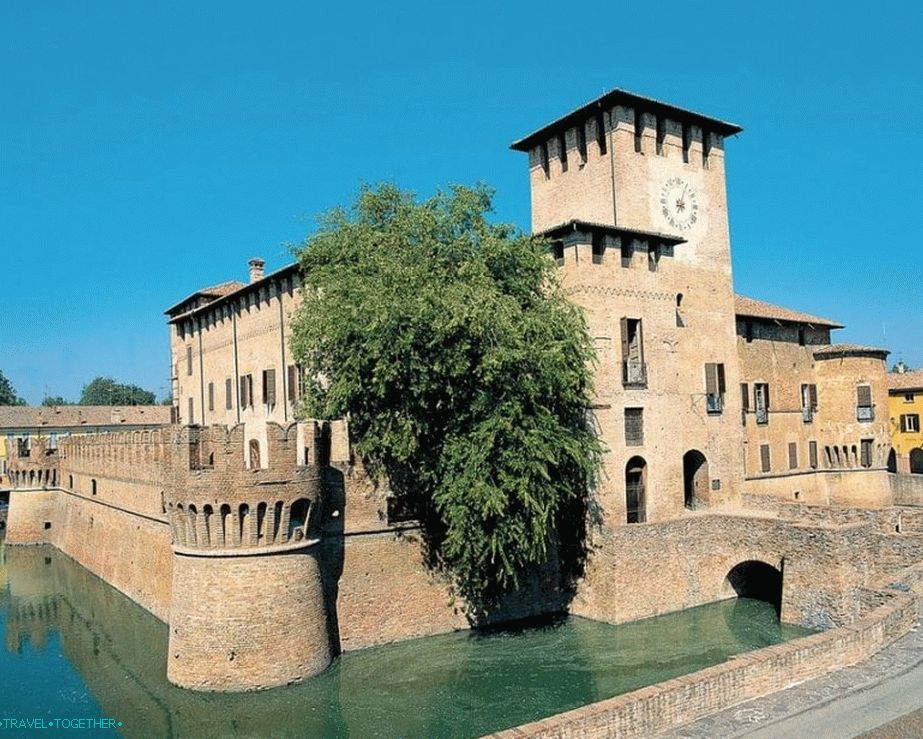 Castelli del Ducato is a magnificent 12th century castle located near Parma (30 minutes from Piacenza) in a small town Fontanellato. 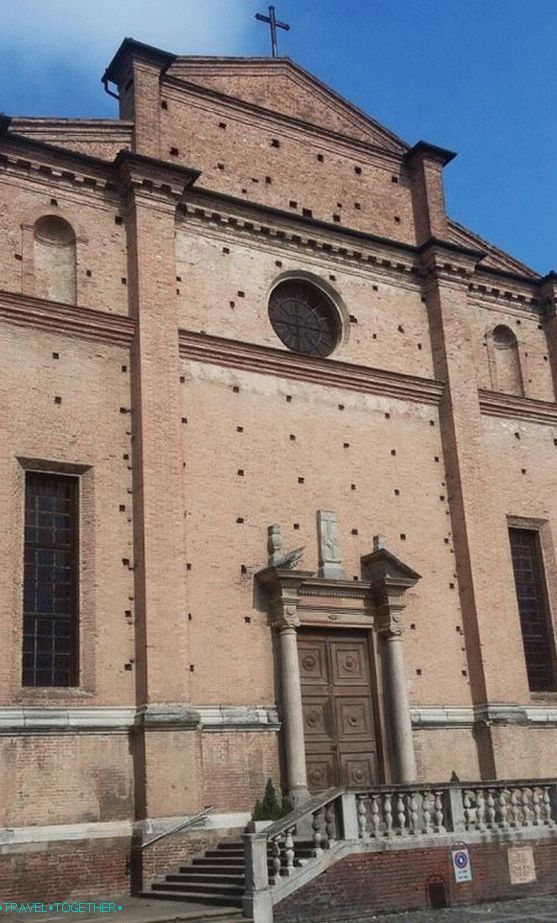 San Sepolcro is a simple brick church of the early 16th century. 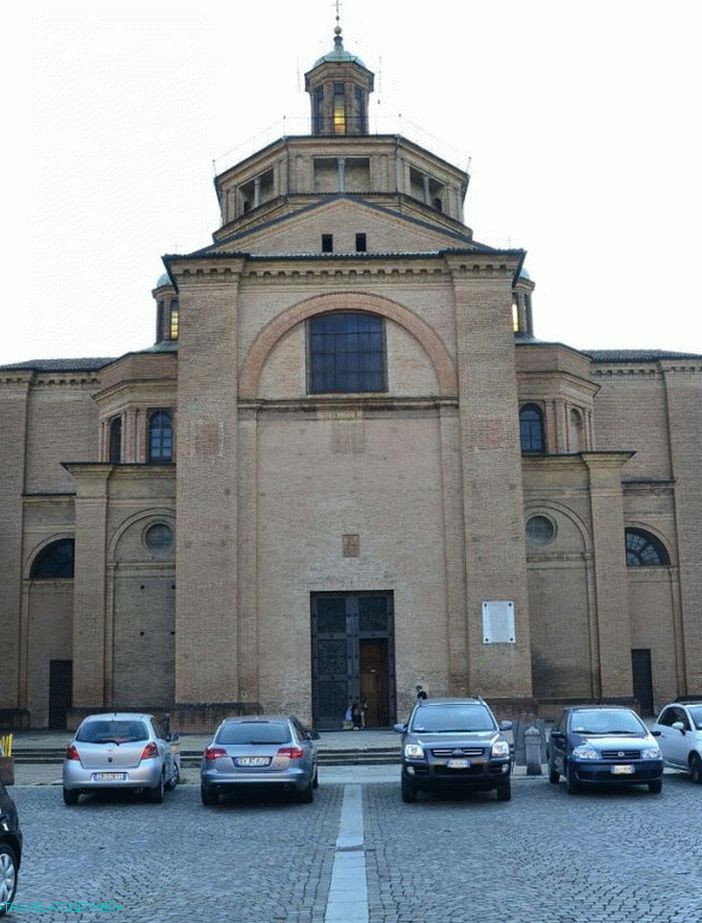 Santa Maria di Campania – an old Romanesque church with beautiful frescoes, founded in the 12th century and rebuilt in 18 century. 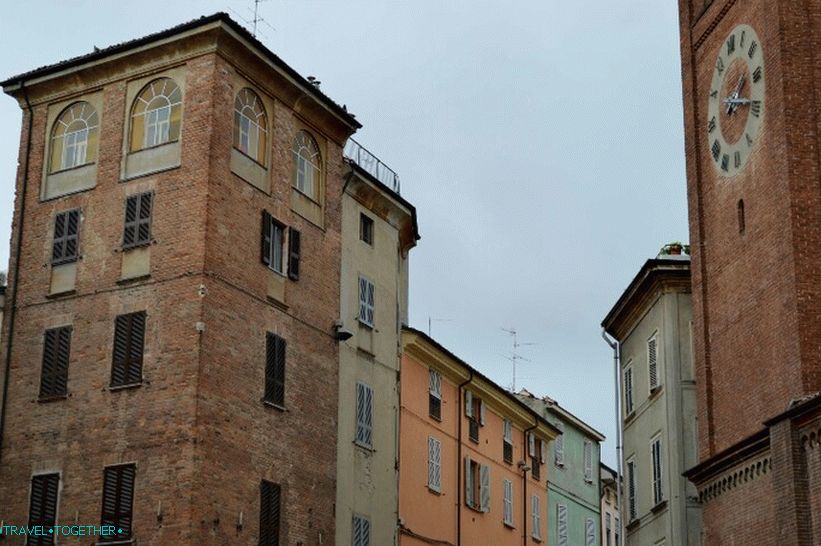 Piazza Borgo – one of the oldest squares Piacenza and the witness medieval city history. This space is the center historic roads and surrounded by beautiful old buildings. 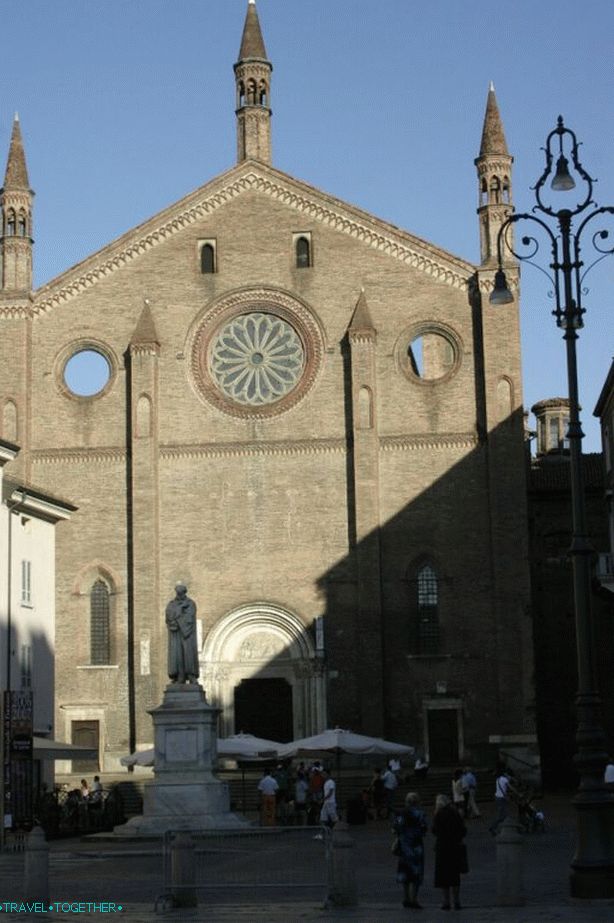 San Francesco – a church in the style of Lombard gothic with a simple brick facade, built between 1278 and 1363 years. 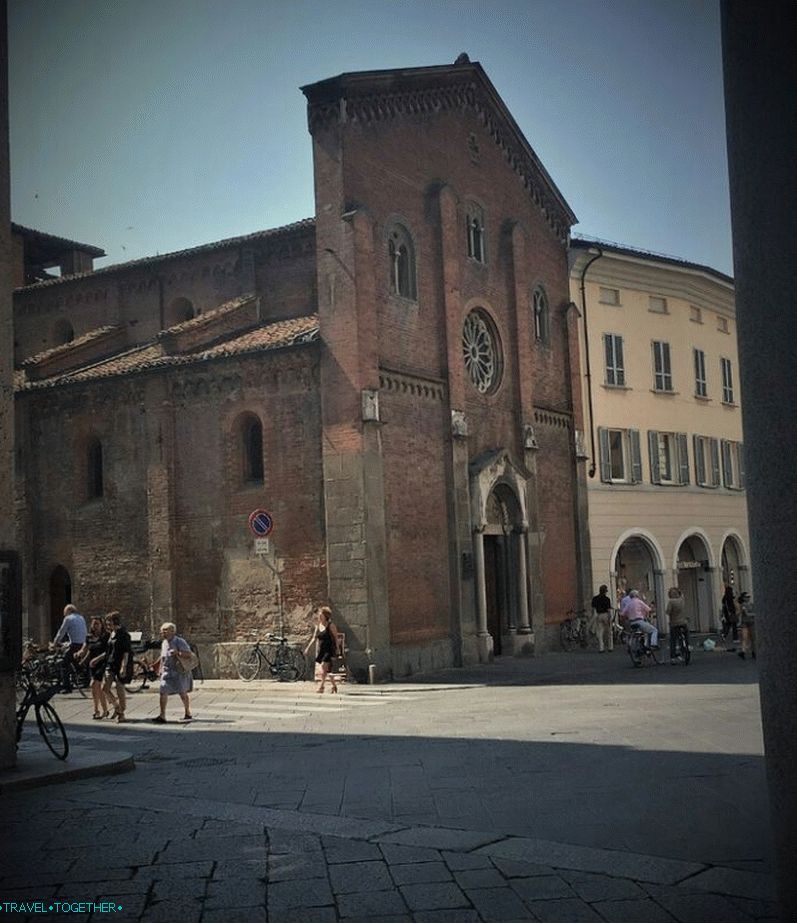 Piacenza on the map of Italy