Pärnu (Estonia) – the most detailed information about the city with photos. The main attractions of Pärnu are with descriptions, guides and cards.

Pärnu is a city in southwestern Estonia on the Baltic coast. Sea, a major seaport and one of the main Estonian resorts. Located in the northern part of the Gulf of Riga near highway Riga – Tallinn. Pärnu is considered the summer capital Estonia, the fourth most populous city in the country history, charming old center and wonderful sandy beaches.

Pärnu is located in the southwestern part of Estonia on the shore Pärnu Bay, which is part of the water area of ​​Riga Baltic Sea. The city is located at the mouth of the river with the same title. Climate – temperate sea with warm and slightly rainy. in summer and mild winters with slight frosts. One of the features Pärnu’s climate is very high humidity around 80%. also in The surrounding area is very beautiful nature. 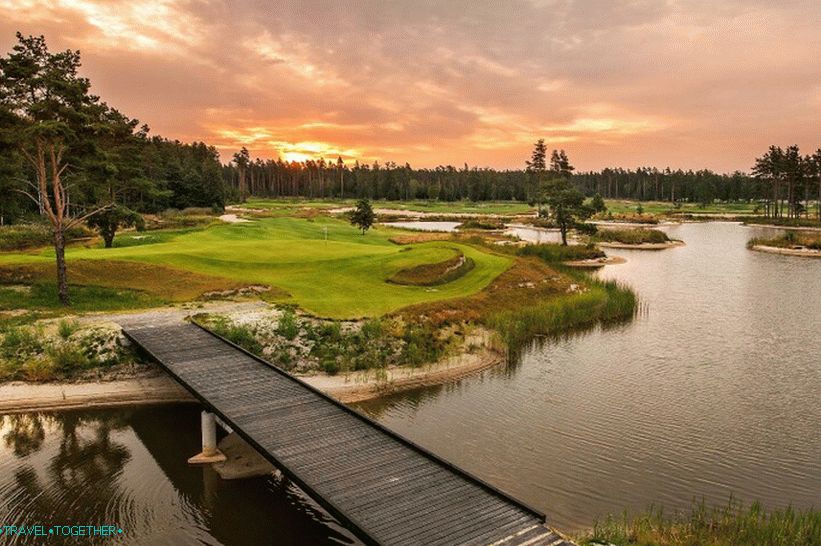 Natural landscapes in the vicinity of Pärnu

Pärnu is an ancient Hanseatic city. It was founded in 1251 after the bishop moved from the old residence to the new castle on right bank of the river Pärnu. The new city was destroyed after 12 years Lithuanians. After this, Pärnu grew mainly on the left side of the river. on the territory of the Teutonic Order was called Pernau. Thanks advantageous strategic location on the coast of non-freezing Pernau entered the Hanseatic League and became one of richest cities in Livonia.

After the end of the Livonian War, the city went to Sweden. After of this, he did not stay long in Poland and returned to the Sweden After the Northern War, the city is part of the Russian Empire is called Pernov. Pärnu has become one of the main Russian ports on the Baltic Sea coast. In the 19th century, it became to develop as a resort. Pärnu city has been called since 1919. AT In 1941 the city was occupied by German troops, and in 1944 released by the Red Army.

The nearest international airports are located in Tallinn and Riga. Pärnu has a railway connection with the capital of Estonia. Popular means of transportation are buses that run from Tallinn, Riga, Haapsalu, Tartu and some other cities. The highway connects Pärnu with Tallinn (130 km) and Riga (180 km). 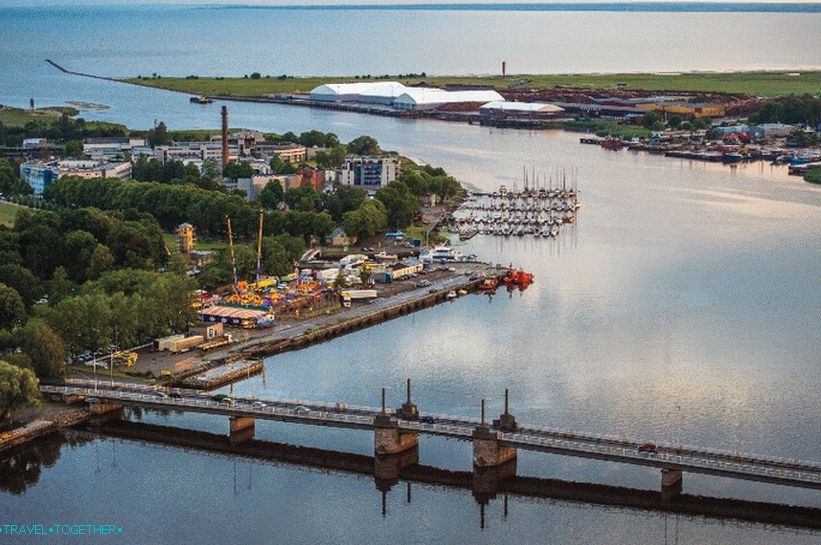 Pärnu is the largest resort in Estonia. Here is everything for comfortable rest: white sandy beaches, shallow and enough warm sea, many places for walks, bars, restaurants and other entertainment. Pärnu has a long sandy beach, located in the southern part of the city. By the end of July, the water in the sea warms up to 22-23 degrees. The swimming season can last up to September If the weather does not have to swim, you can go to indoor water park. A variety of bars and restaurants can be found in outside ruutli street. 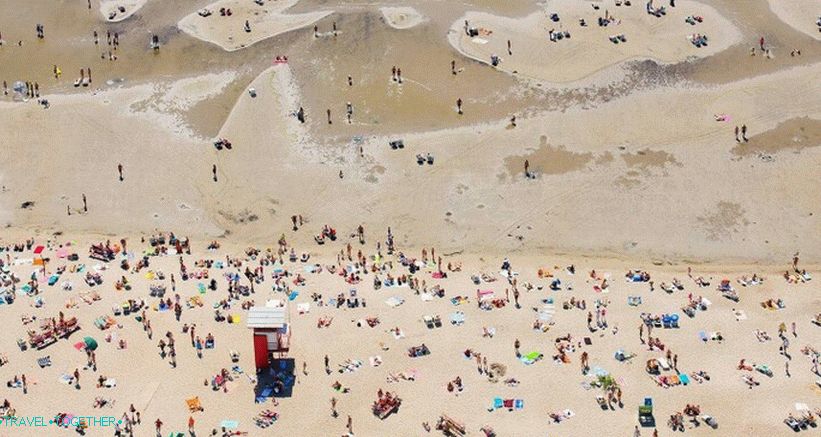 Pärnu, as a city quite old, can offer several interesting sights and places.

In the historic center you can see the Town Hall. This building is in style of classicism, built in the late 18th century.

One of the symbols of the historic center of Pärnu is the church St. Elizabeth This is a beautiful baroque church of the mid 17th century, built by architects from Riga. In the 30s of the 20th century in the church organ was built. 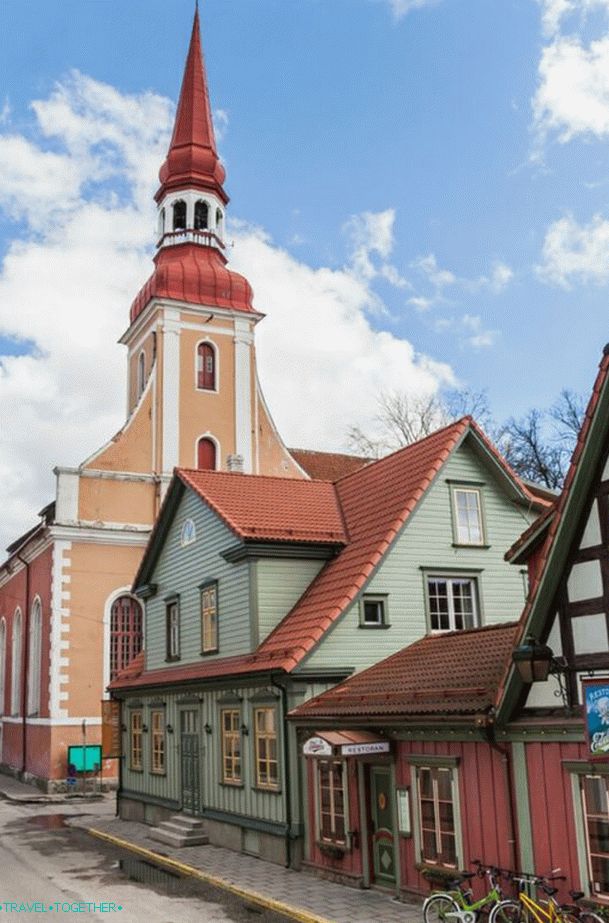 Church of sv. Elizabeth in Parnu

Another old church is the temple of Sts. Catherine, built in the 18th century. This is one of the most beautiful and significant Baroque churches of the Baltic. 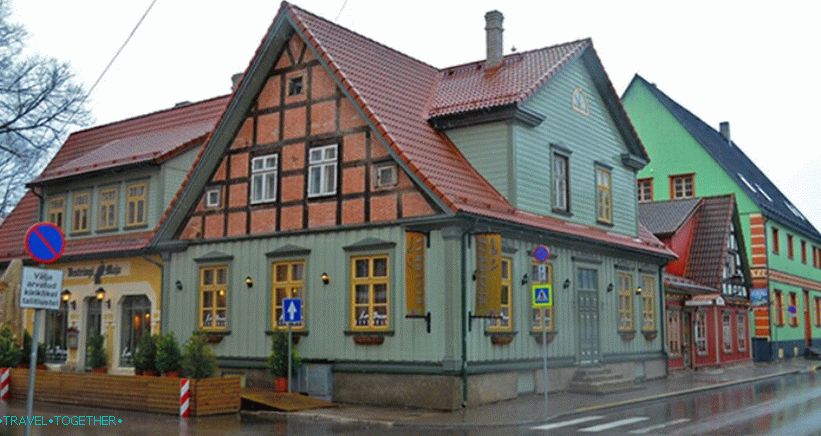 On the streets of Pärnu

The Tallinn Gate is part of the fortifications built in 17 century. 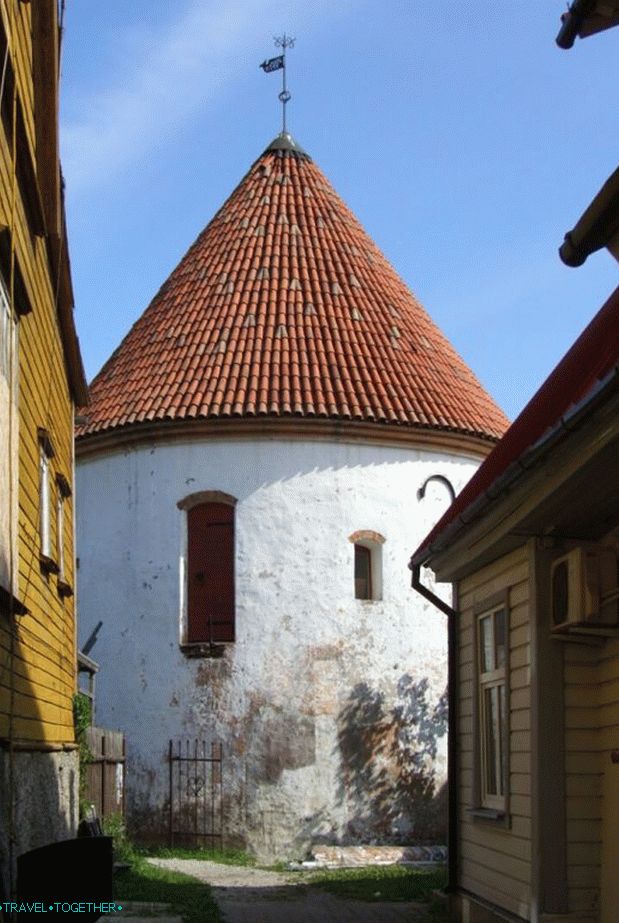 The Red Tower is part of a 15th century prison built in Hanseatic period. Previously, the tower was lined with red brick.

Interesting places and what else to see

Pärnu on the map of Estonia