Pardubice (Czech Republic) – the most detailed information about the city with photos. The main attractions of Pardubice with a description, guides and cards.

Pardubice is a city in eastern Bohemia, located in confluence of the rivers Laba and Chrudimka in a picturesque place among the meadows and deciduous forests. It is the country’s tenth largest city and is located between Prague and Brno. Pardubice is an ancient city smelling gingerbread and a major educational center.

Pardubice is located on the banks of Laba, which is one of The largest rivers of the Czech Republic. The distance to Prague is about 100 km The distance to Brno is 150 km. Climate – temperate, with warm summer and cool winters. 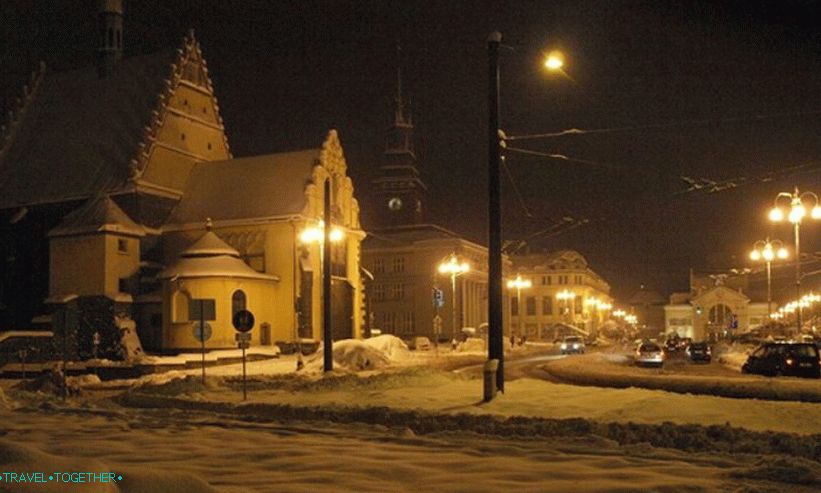 Pardubice was founded in 1340. Although already in the 13th century here there was an ancient monastery. Further development of the city It was associated with noblemen of the Pernštejn type, who made this a small town of his residence. 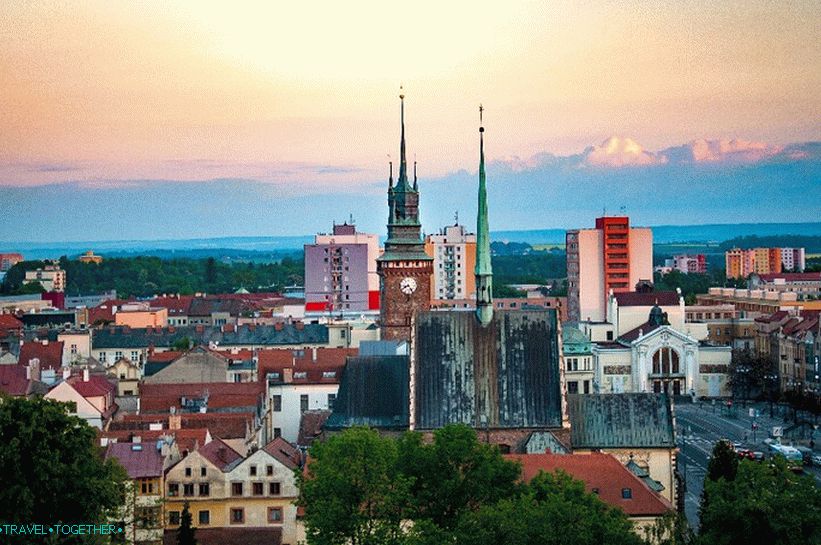 In the 15-16 century, the city grew rapidly and developed. City development lasted until the Thirty Years War. After Pardubice came to decay. Further growth of the city occurred in the 19th century, when The first Czech railway Prague – Olomouc was laid.

Pardubice is currently one of the largest cities. Czech Republic, a major cultural and economic center. Also here there is a large University.

Pardubice has its own airport. True here limited flights from London, Alicante and Moscow

The most convenient way to get to Pardubice is railway transport. Due to its location at the crossroads Prague – Ostrava and Prague – Brno – Vienna from the capital of the Czech Republic and back every hour there are trains.

Pardubice is not directly connected to the highway. The fastest way to get here by car is to take the D11 motorway to Hradec Kralove, which is located 20 km from Pardubice.

The center of the old town is Pernštejnska Square. Everything the main attractions of Pardubice are located close to her

Along the perimeter of the square there are many old historical buildings of the 16-17 centuries, in which you can find traces from the Gothic to Renaissance and Renaissance style. Most homes contain Murals and various decorative items. Installed on the square Marian old column made of sandstone. She is dates from the late 17th century. The Plague Column was supplemented sculptures in the 18th century. 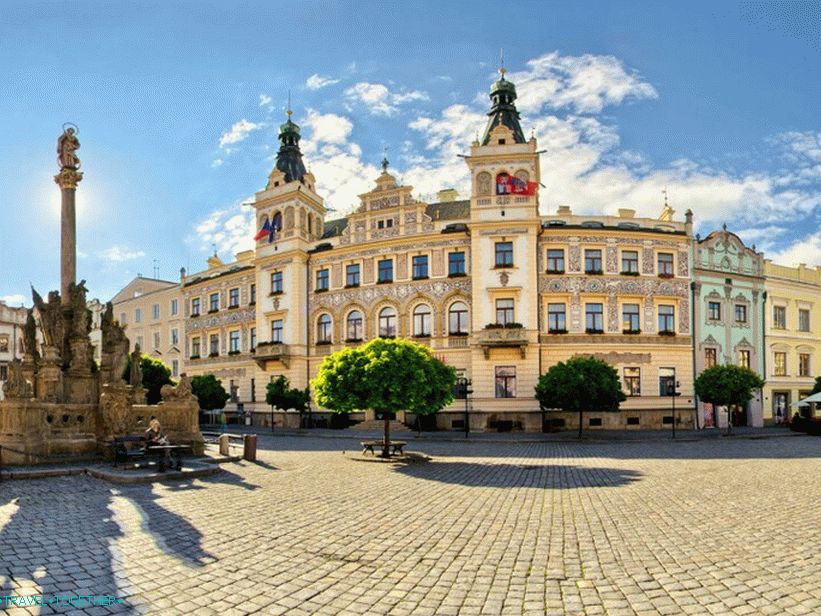 Among the historical buildings of Pernshteynskaya area stands out Town Hall, built in the Renaissance style in the late 19th century. 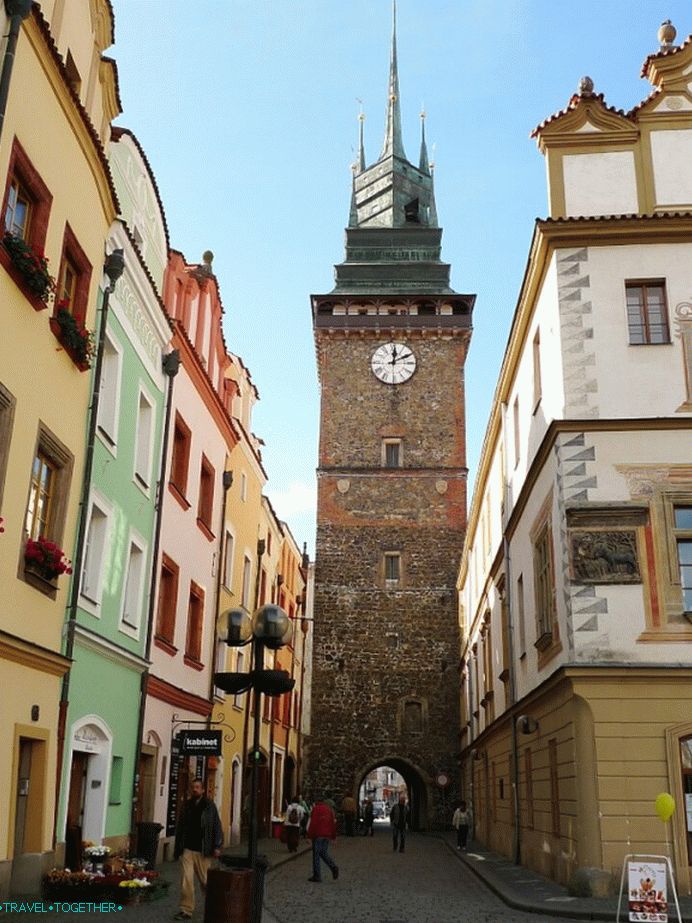 The green gate with a tower is one of the symbols of Pardubice. Were built in the middle of the 16th century and were part of the urban fortifications. The 60-meter high tower is decorated with copper gothic helmet You can climb the tower and admire the panorama. historical center. 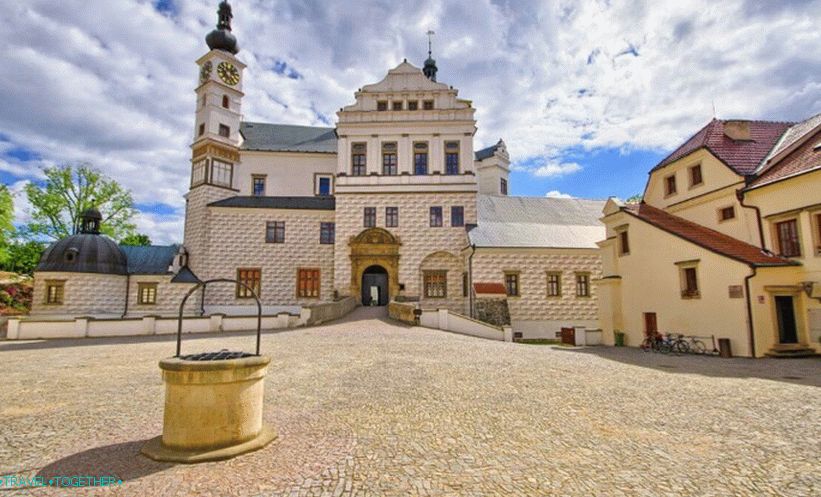 Pardubice Castle – one of the main attractions cities. Originally here in the 13th century a fortress was located, which was rebuilt by the Panns of Pernstein into the Renaissance palace and in the 15-16 centuries, served as their residence. Now the castle open to the public and the museum functions here. Is an national cultural monument of the Czech Republic. 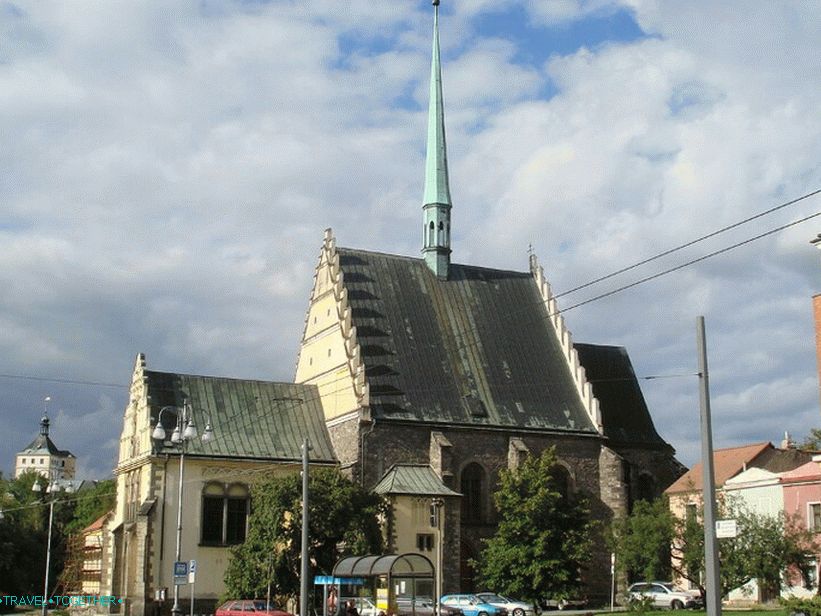 Catholic church of sv. Bartholomew – a late Gothic church, built at the beginning of the 16th century. Was one of the tombs of the genus Pernstein. 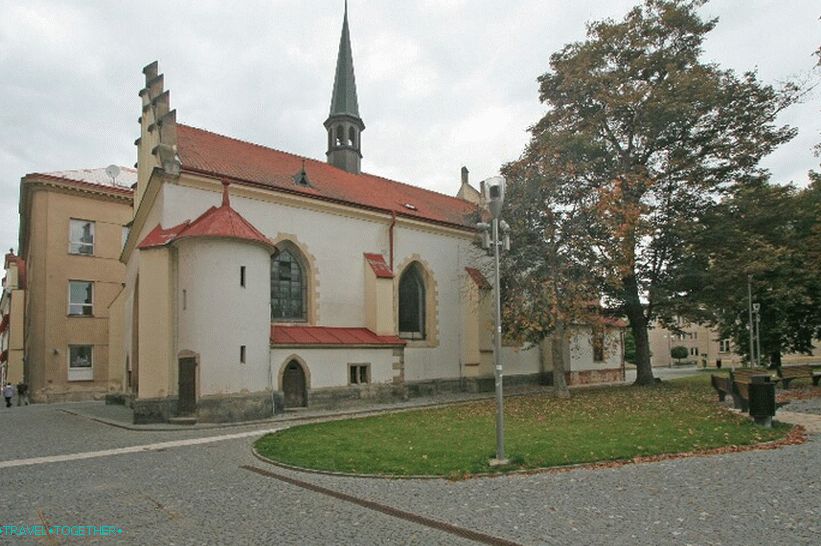 Church Annunciation to the Virgin Mary

The Church of the Annunciation of the Virgin Mary is a gothic church founded in the 14th century. It is one of the oldest buildings in Pardubice and is included in number of cultural monuments of the Czech Republic. The old church was rebuilt. Pernsteins in the Gothic style in the 16th century. Under the church are located basements that served as tombs.

Pardubice on the map