Oslo, Norway – the most detailed information about the city with photos. Oslo’s main attractions with description, guides and cards.

Oslo is the capital and largest city of Norway, located in its southeastern part of the Baltic Sea on the shores of the bay Oslo Fjord. This is one of the most modern and environmentally friendly. European capitals with lots of interesting (mostly modern) architecture, museums, restaurants and shops. Being third on the largest city of Scandinavia, Oslo is surprisingly compact, convenient and quiet city, where modern landscapes are side by side with the stunning natural beauty of the fjords and wooded hills.

Oslo is located in the southeastern part of Norway in the northern part Oslo Fjord, which belongs to the Baltic Sea and cuts deep into the Scandinavian Peninsula. In the vicinity of the city There are about 40 islands and more than 300 freshwater lakes. Relief – hills covered with forests.

The climate is temperate with significant maritime influence. Winter soft enough with slight frosts. Summer is cool with medium temperature of 15-17 degrees. About 800 mm of precipitation falls annually. Interestingly, the capital of Norway is located at the same latitude as our Peter, but the climate here is much milder. 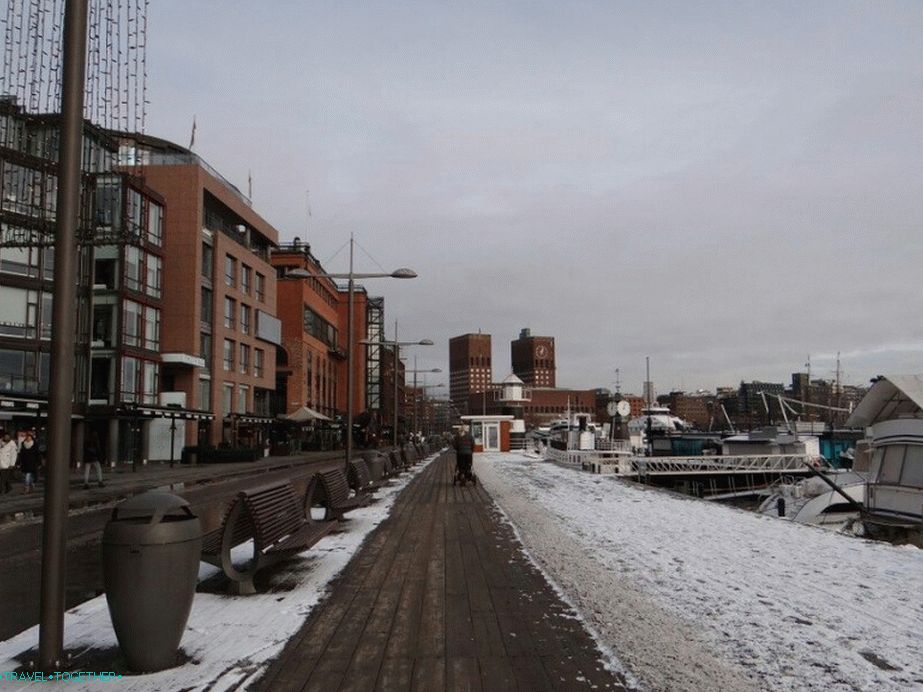 The first written records of Oslo date back to 1048. City founded the Norwegian king Harald III. From Norwegian name translates as “the mouth of the river Lo”. In 1299, the capital of Norway moved from Bergen to Oslo. In the Middle Ages, the city consisted of 400 tons wooden houses surrounded by a city wall, 9 churches and two Fortresses – the royal castle and the bishops’ castle.

In 1348 Oslo lost its privileges to the capital of Norway, so how Norway became part of Denmark. In the Danish kingdom Norway was until 1814. 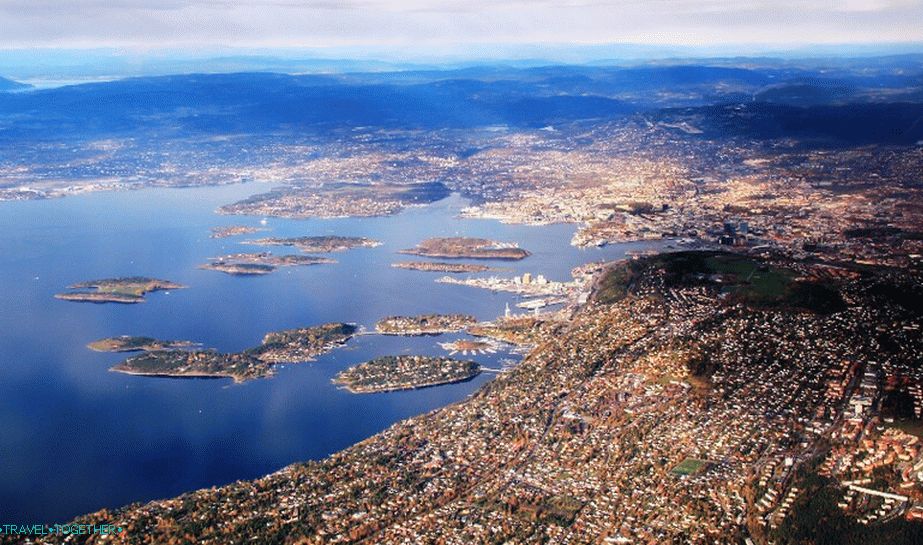 In 1624, the strongest fire almost completely destroyed old town that was abandoned. The new city was founded in a few kilometers west and is named Christiania in honor of the Danish the king. The ruins of several churches have survived to this day. More nothing remains from medieval Oslo.

In 1814, Norway became part of Sweden. Its historical The name Oslo returned in 1924.

Oslo Airport is the largest in Norway and one of the most large in Scandinavia, performing about 100 domestic and international flights. Located 50 km from the city. In order to get to the city center you can use the railway by message. High-speed train for 180 NOK will take you to Oslo in 20 minutes. Normal train that leaves from next Platform costs CZK 90 (the most economical way to travel). The bus costs 150 CZK. 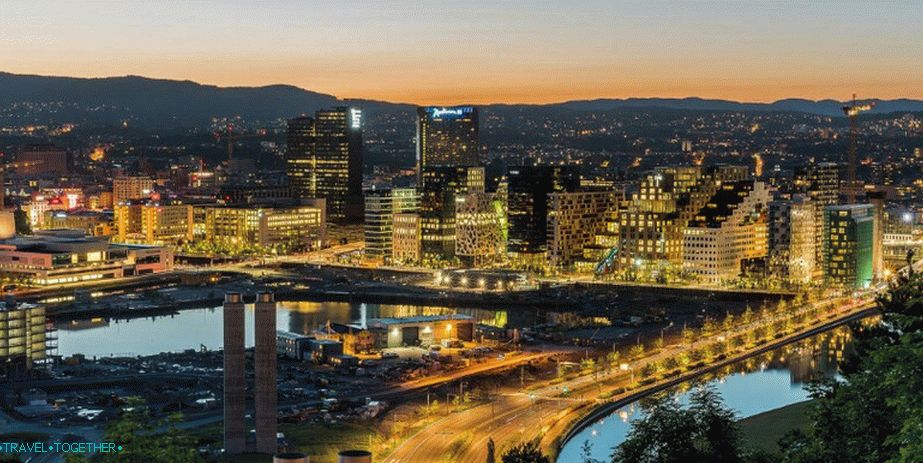 In the vicinity of Oslo there are two more airports. Sandpjord Airport is located 120 km from the city. Flights to This air port is made from Amsterdam, Alicante, Barcelona, ​​Bremen, Bergamo, Liverpool, Frankfurt am Main, Gdansk and other cities.

Oslo Central Station is located east of historic center. The rail service links the capital of Norway with Gothenburg, Stockholm, Bergen and Trondheim.

How to get there by car:

Oslo has long held the title of one of the most expensive cities of the world. Nevertheless, you can find here many brand shops and large shopping centers, prices are not higher than in boutiques London, Paris and Milan.

Oslo can find food for every taste and wallet. Of course on average prices in the capital of Norway are quite high compared to the rest Europe. The cheapest restaurants are Asian. Also in Oslo is great street food culture developed.

To the south of the town hall is the Aker Brygge quay. Here you can find a lot of places where you can not only eat, but also something to drink Many restaurants and nightclubs are located in center in the Stortingsgaten area. 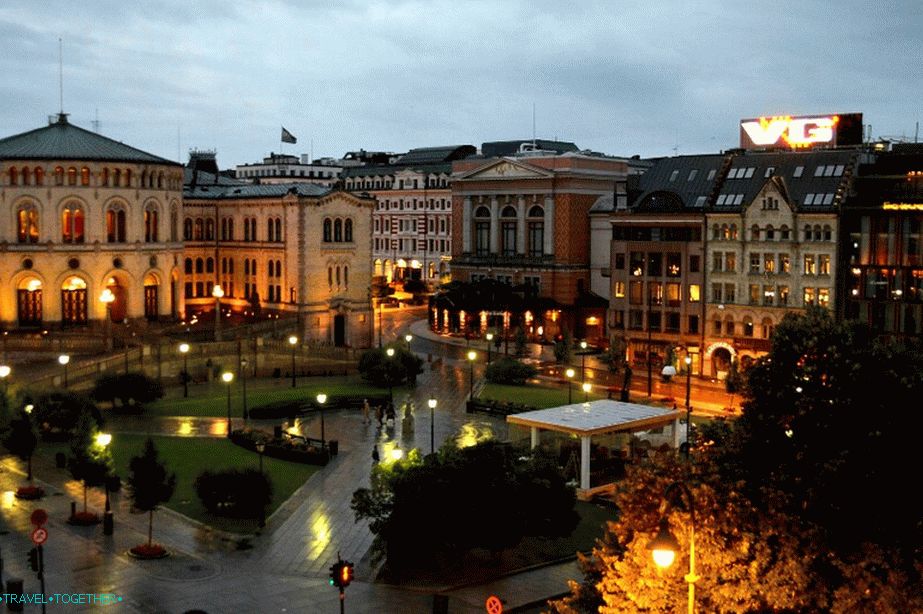 In the area of ​​Torggata are many inexpensive institutions. AT mainly, these are restaurants with Oriental and Asian cuisine, pizzerias. AT The area of ​​Grønland can be found many oriental sweets and cheap beer.

To many, perhaps, the center of Oslo will seem boring compared to Stockholm and Copenhagen. There is not much attractions and historic buildings. Wooden construction in the city center is prohibited. Perhaps this is done because of the strongest 17th century fire that destroyed the old wooden Oslo.

Royal Palace – Royal Residence, built in 19 century in neoclassical style. Adjacent to the palace is a large and beautiful a park. 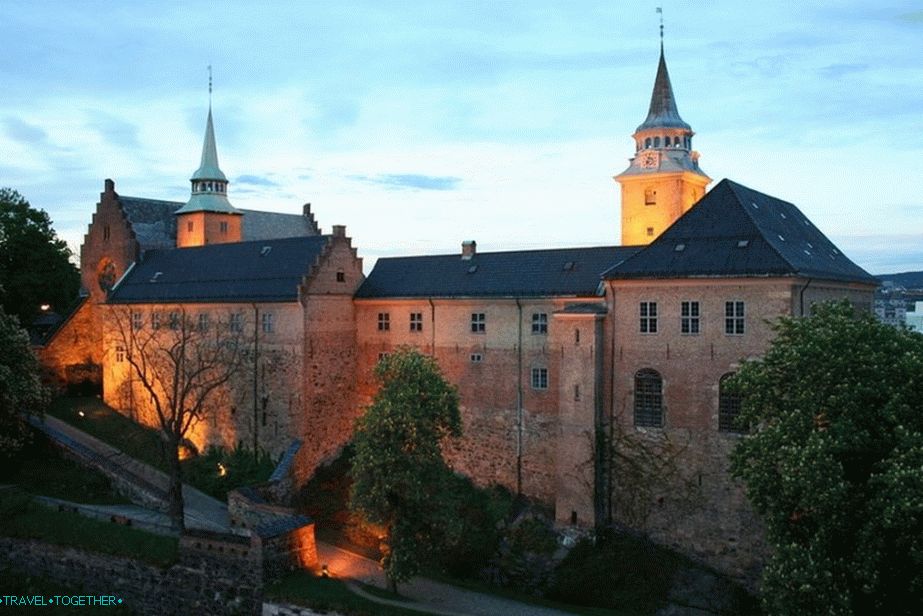 Akershus Castle – an ancient castle, founded in the late 13th century. AT the end of the 17th century, the castle became a fortress, and in the middle of the 17th century was rebuilt in the Renaissance style. For its history, I survived several sieges. This is one of the oldest places in the city, having a special value for the Norwegian people and the history of the country.

An interesting place is the sculpture park Ekebergparken, surrounded by beautiful landscapes with several lookouts pads.

Despite the fact that the history of Oslo dates back many centuries, the old the city is preserved only in the form of ruins. In 1624, the strongest fire practically destroyed it and the settlement was abandoned. Medieval The city was located a couple of kilometers east of the Ekenberg hills. AT It had about 400 wooden houses, 6 churches and 3 monastery.

Of the old medieval churches only well preserved. Aker Church, founded in the 12th century. The basilica is built of stone in Roman style and located in the eastern part of Oslo. 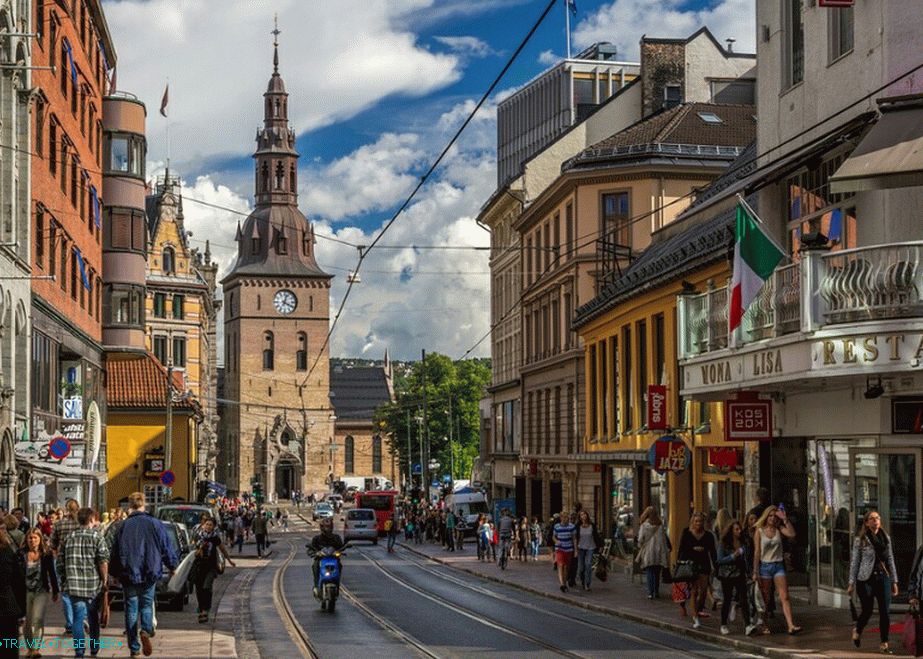 The Cathedral is the main religious building of Oslo, built in the late 17th century in the architectural style of Baroque.

Of the other buildings of sacred architecture stand out: 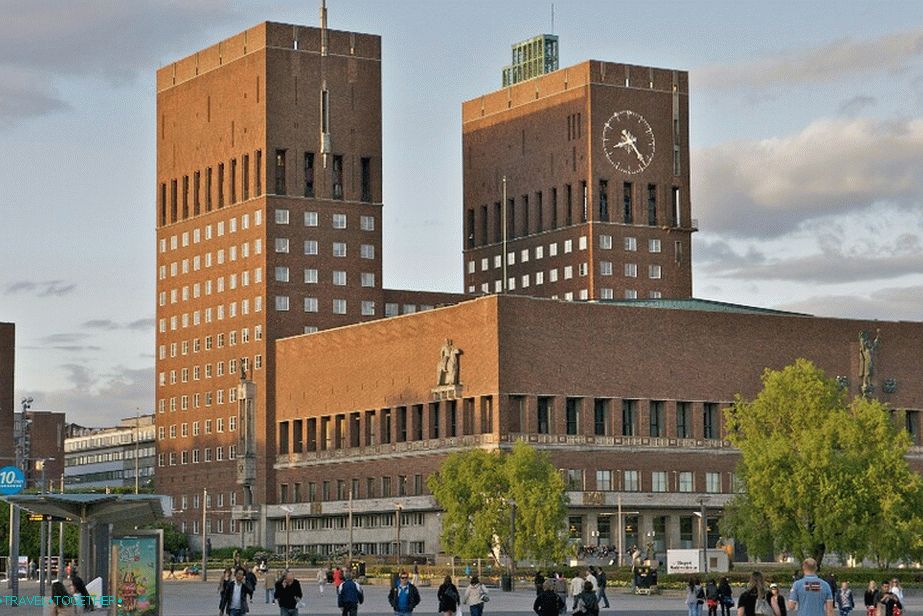 The town hall was built in the middle of the 20th century. Inside decorated scenes from the life and history of Norway.

Also worth visiting on:

Oslo on the map of Norway