Osijek (Croatia) – the most detailed information about the city with photos. The main attractions of Osijek with a description, guides and cards.

Osijek – a city in eastern Croatia, the capital of the historical region Slavonia. Located near the border of the country with Hungary and Serbia on the Drava River, 25 km from its confluence with the Danube. Osijek – Croatia’s fourth largest city after Zagreb, Split, Rijeka and important university center. Famous for its picturesque old city ​​with charming streets and large squares in which You can find some impressive sights: monumental cathedral, old fortress, column of st. Trinity. 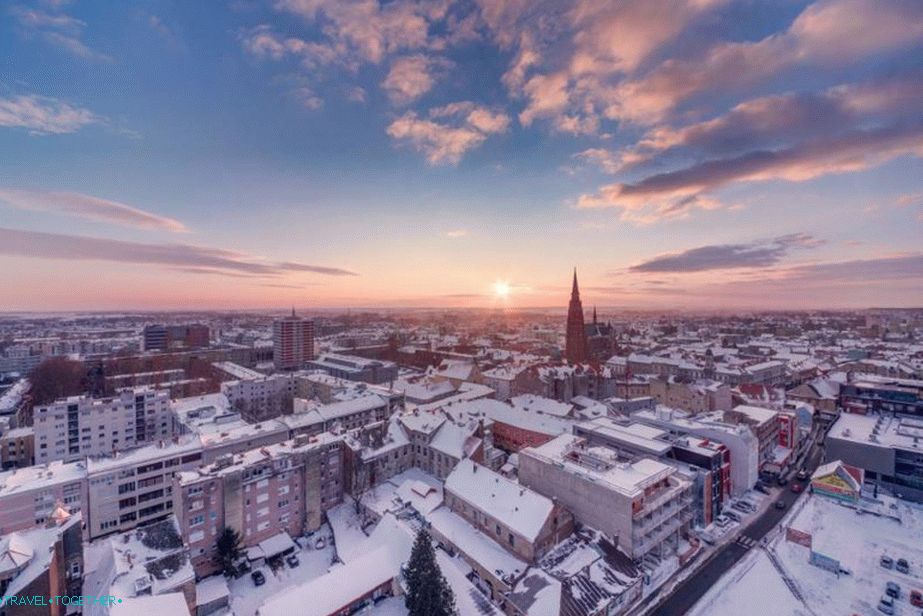 Osijek is one of the oldest cities in Croatia, whose history has 2,000 years old. In ancient times, the ford over Drava was The settlement of the Illyrians was founded. In the period of the Roman Empire here was the small town of Murcia, which in 131 AD Emperor Adrian granted the status of a colony.

After the collapse of the Roman Empire, the city was repeatedly ravaged. AT 9 century Osijek occupied the Slavs. In the future, his story was closely linked to the history of Croatia. The first mention of the city of Osijek date back to the late 12th century. In Croatian, this means “ebb.” 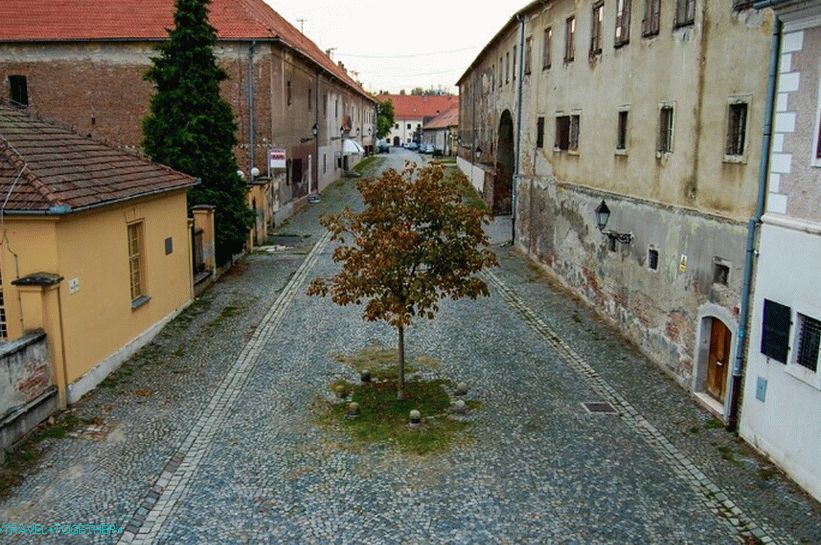 In the 16th century, Osijek was destroyed by the Turks. After that for a century and a half it was rebuilt, but at the end of the 17th century it was again destroyed during the war between Austria and Turkey. Subsequently the city rebuilt almost from scratch. In 1721 was founded fortress, which became the center of the new city.

As part of Austria-Hungary, Osijek became one of the most important cities Croatia In the early 19th century, it was generally the largest city in the country. For much of the 20th century, Osijek was part of Yugoslavia. The city was strong damaged in the 90s of the 20th century during the war in Croatia (after declaration of independence).

The nearest international airports are located in Budapest and Zagreb. Osijek has a small airport with several domestic by flights. The city is one of the most important transportation hubs. Eastern Croatia with regular connections to Zagreb, Split, Belgrade and other cities. 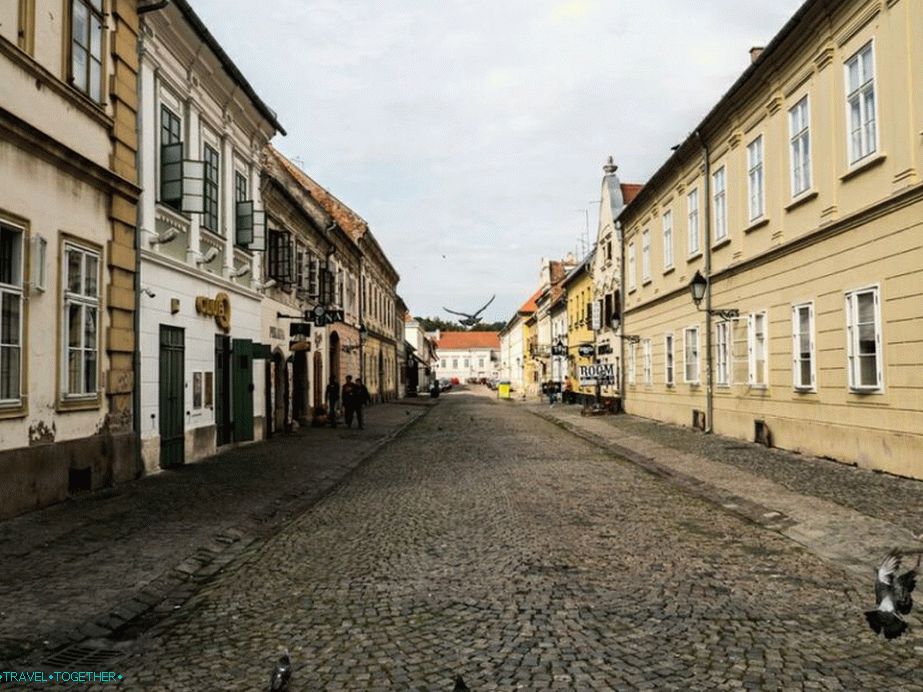 The cuisine of Slavonia is a synthesis of Austrian, Hungarian and Croatian cuisine. Popular traditional dishes: kulen (spicy sausages), fish stew with noodles and paprika, čobanac (stew), gulas (meat goulash), šnitzl (schnitzel), river fish (catfish, carp). AT Osijek is the oldest brewery in Croatia called Osječko, which was founded in 1687. 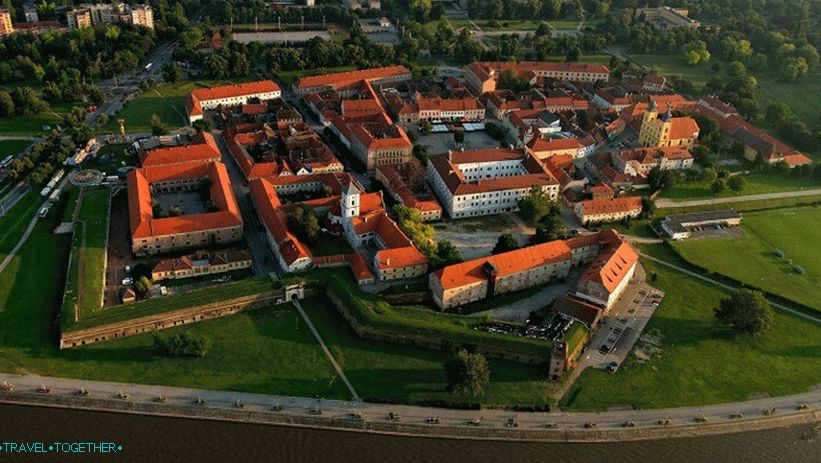 Tvrda is a Baroque military landmark built in classic Habsburg style star in the early 18th century after exile of the Turks. The military bastion existed for 200 years. In 1920 its walls were torn down (except those that overlook the river and are called Water Gate). Interestingly, most of the buildings and The structures inside the fortress have changed little since then. Today at Old buildings are located museums, university, numerous restaurants, cafes and bars. 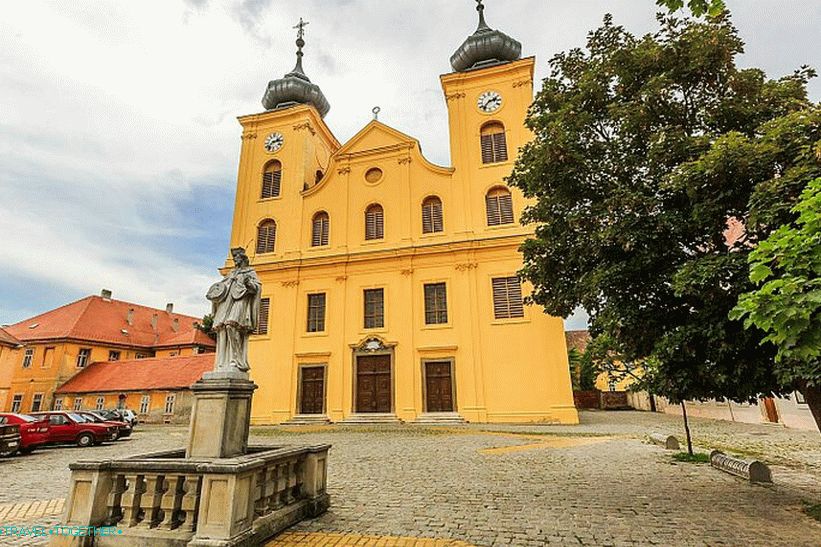 Church of sv. Michael is the second largest church of Osijek, which located in the territory of the fortress of Tvrda. At the time of the Turks here mosque was located. The church was built in the Baroque style and The architecture resembles the temples of Vienna and Budapest. 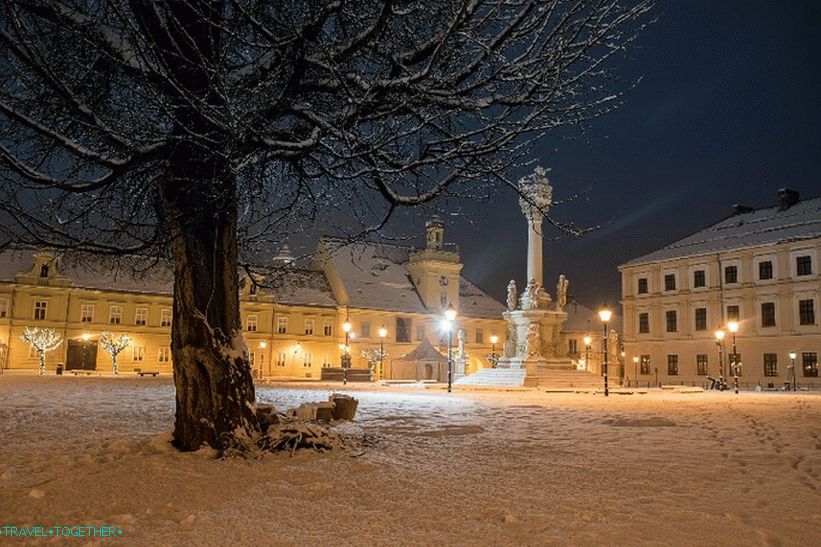 The central square of Tvrdy is the square of sv. Trinity (Trg sv. Trojstva), surrounded by baroque buildings. In the center is located a beautiful 18th century baroque column dedicated to st. Trinity and built in honor of getting rid of the plague. The most beautiful building The square is the home of the Slavonian generals. This building is in style. Baroque built by order of Eugene of Savoy from 1724 to 1726 year 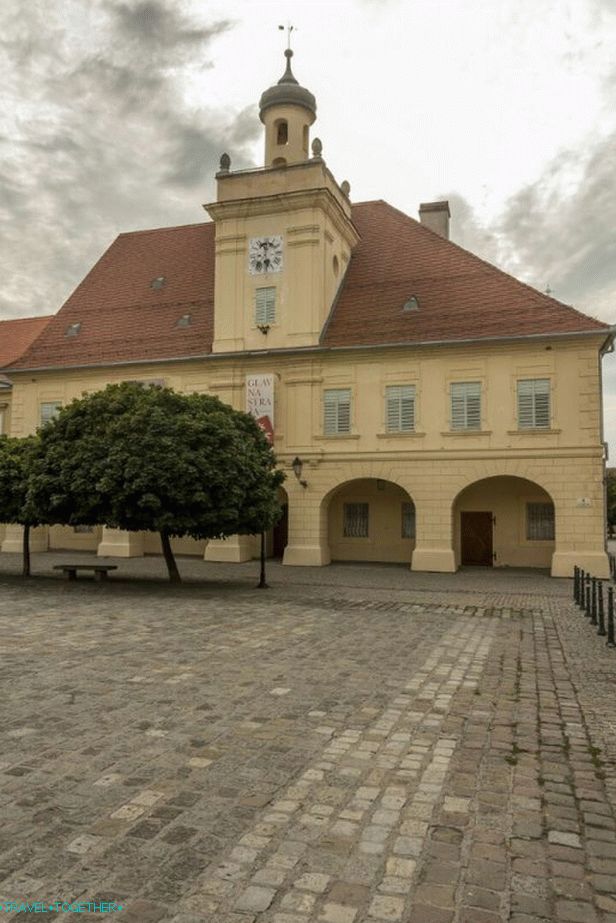 On the left side of the square is the main guard building of the beginning. 18th century. The city council used to be located here, and now the museum Slavonia. 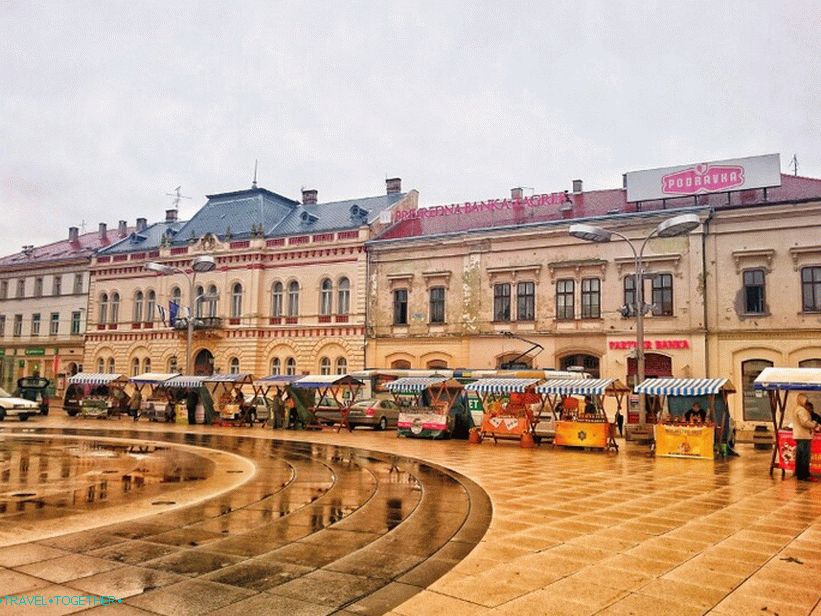 The upper city is the center of Osijek and is built in style Austrian architecture of the 19th – early 20th century. His heart is Square Ante Starchevich. The most beautiful construction of the square (a maybe even cities) is a magnificent neo-gothic church St. Peter and Paul. Also interesting buildings is the monastery Capuchin (18th century), the church of St. Jacob and the chapel of sv. Roca (also 18 century). 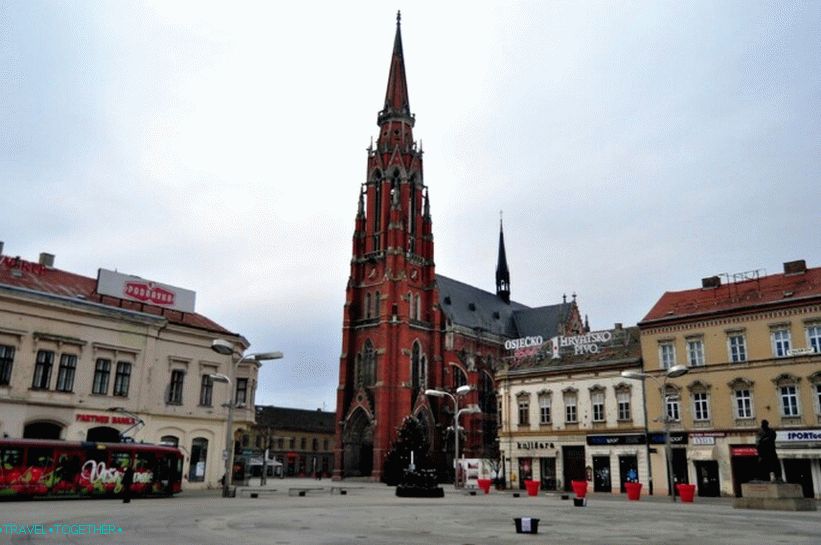 Church of sv. Peter and Paul’s

Church of sv. Peter and Paul – the cathedral, which is Neogothic masterpiece. The temple was completed at the end of the 19th century. Is an Croatia’s tallest religious building and one of the highest buildings of the country (the spire of the cathedral has a height of 90 m). Cathedral has a beautiful neo-gothic interior with a series of altars, stained glass windows and frescos, which are painted walls and ceilings. 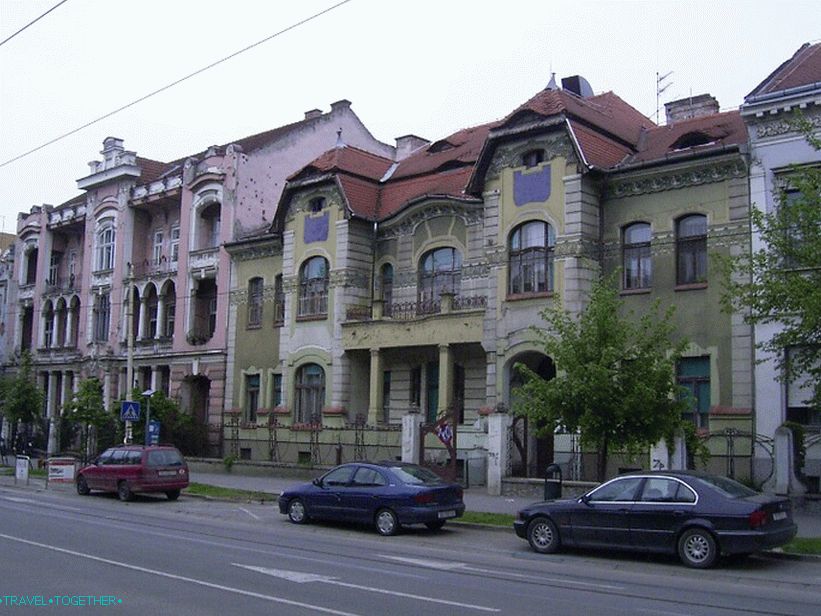 One of the most beautiful streets of the Upper Town is European Avenue with magnificent buildings of the 19-20th century. 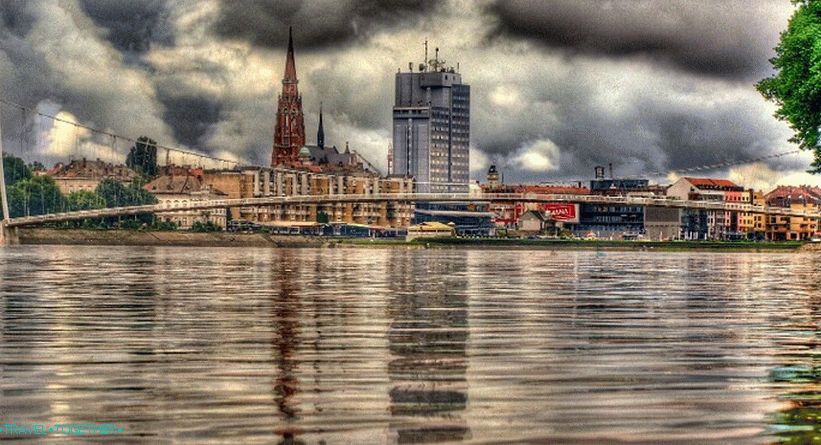 One of the symbols of Osijek is a pedestrian bridge over the Drava, built in 1981. Also along the river there are pedestrian sidewalks that are great for walking or riding bike ride.

Osijek on a map of Croatia