Orleans (France) – the most detailed information about the city with photos. The main attractions of Orleans with a description, guides and cards.

Orleans – a city in central France, located southwest Of Paris. It is the capital of the historic region of the Loire Valley, which famous all over the world for its magnificent castles. Orleans – ancient city with more than two thousand years of history, sources which date back to the times of the Romans and the Celts. It has extensive historical center with a monumental gothic cathedral, charming old streets and houses. Orleans is known as birthplace of Joan of Arc – the national heroine of France. City not spoiled by the attention of tourists, although it is definitely the pearl of the Loire Valley.

Orleans is located in the center of France in the northern part of the valley Loire The river divides the city into two parts and crosses it from east to west. Orleans is located 120 km southwest of Paris. Climate – moderate with significant maritime influence. Summer in Orleans is warm, and winter is mild. 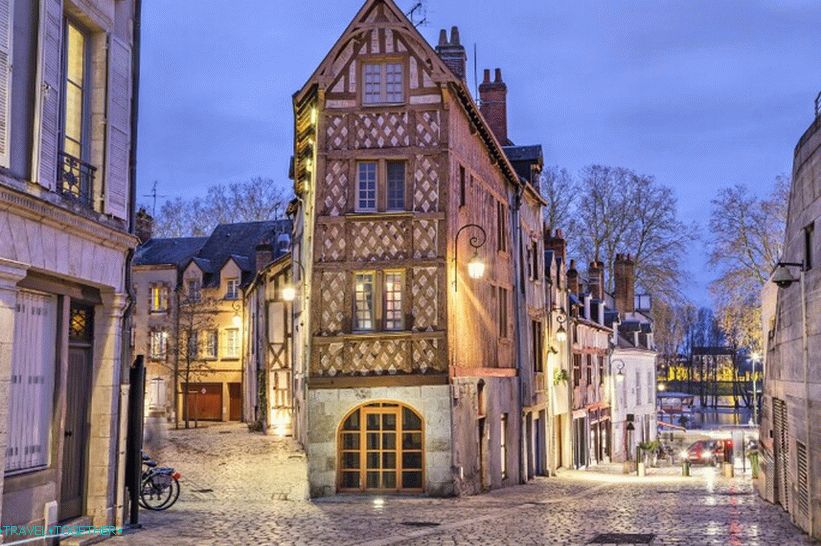 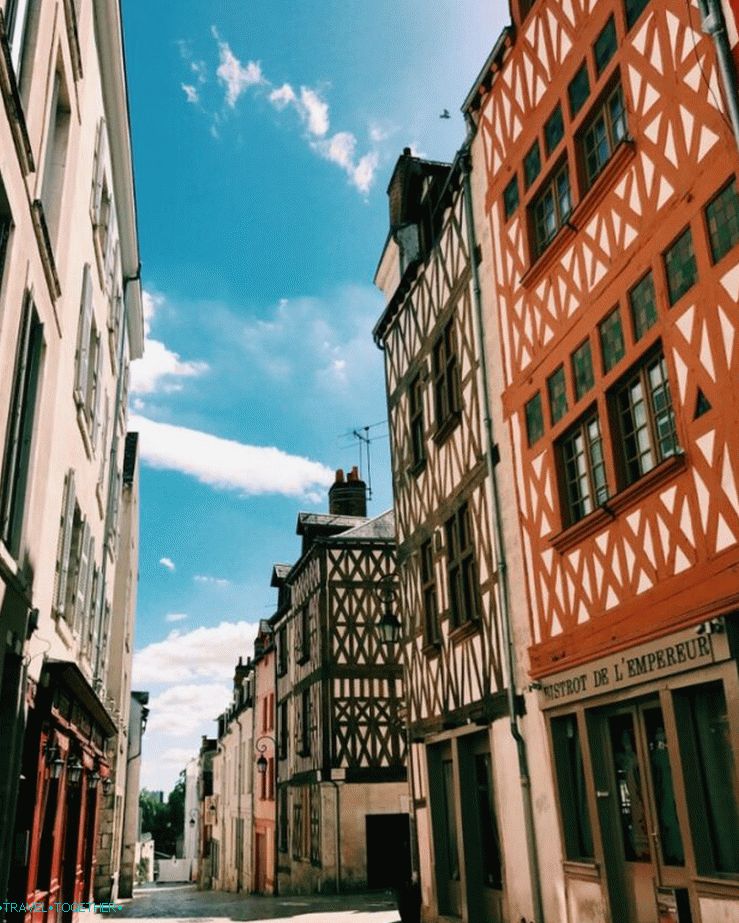 Orleans is located relatively close to two Parisian airports. Unfortunately, the city is not associated with them by direct communication. First you need to get to the railway station of Paris, where in Orleans can be reached by high-speed train (journey time 50 min) or usual (travel time 90 minutes).

Orleans was founded in the 3rd century BC. celtic karnut tribe called Cenabum. By the 1st century he was already a thriving river port and trade settlement. In 52 BC Orleans was conquered Caesar’s troops and became Aurelian. Under the rule of the Romans the city It was located until the 4th century AD In 451, the combined army of the Visigoths and the Romans were stopped here by the Huns Attila.

In the era of the Franks, Orleans became one of the most important cities of their kingdom In 511, an important church council was held here, which predetermined the beginning of the union of church and kings. Under authority sons of the first king of the francs, Chlodvig Orleans, becomes the center one of the four kingdoms that make up their territory of the state. In the 9.10 and 12 centuries, there were several coronations. And even when Paris became the capital of the French Kingdom, Orleans has not lost its value and flourished on trade and winemaking. 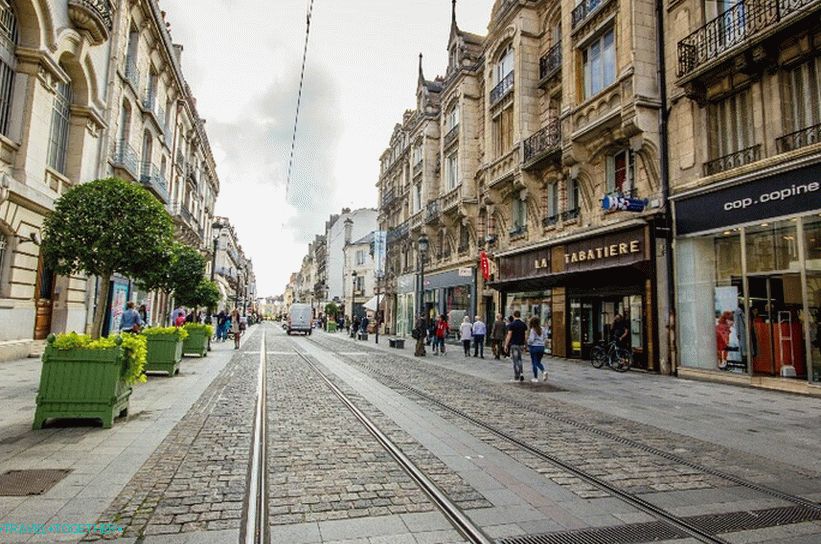 In 1306 a university was founded in Orleans. During the period Hundred Years War (between 1428-1429 years), the city was besieged by the British and liberated by French troops led by Jeanne d’Arc. In the 16th century, it became one of the centers of the Reformation and Calvinism movements. In the 17th and 18th centuries, Orleans thrived thanks to trade. In the 19th century, an industrial boom “comes” to the city. During the Franco-Prussian War of 1870–1871, Orleans was taken by the army Prussia twice. Also from 1940 to 1944 the city was occupied German troops. 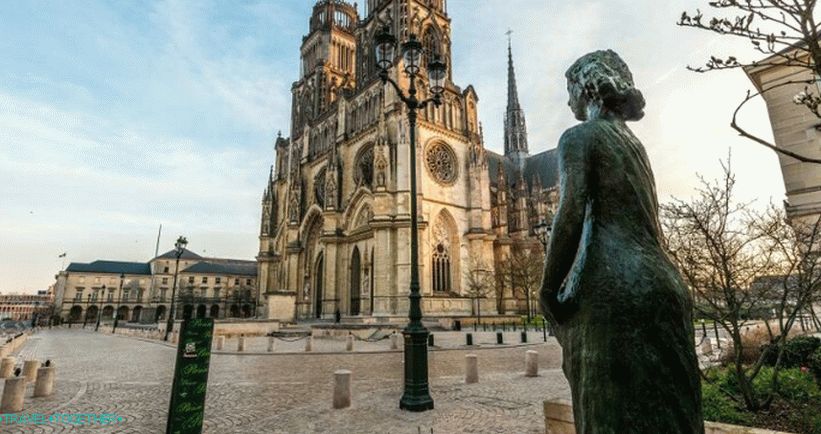 Orleans has a large and beautiful historic center, which located between the Loire and the cathedral. Old city retained the architecture of the 16th – 18th century. Many ancient buildings are excellent restored. Also in the historic center of Orleans are presented cute original half-timbered houses in which now there are cafes and shops. 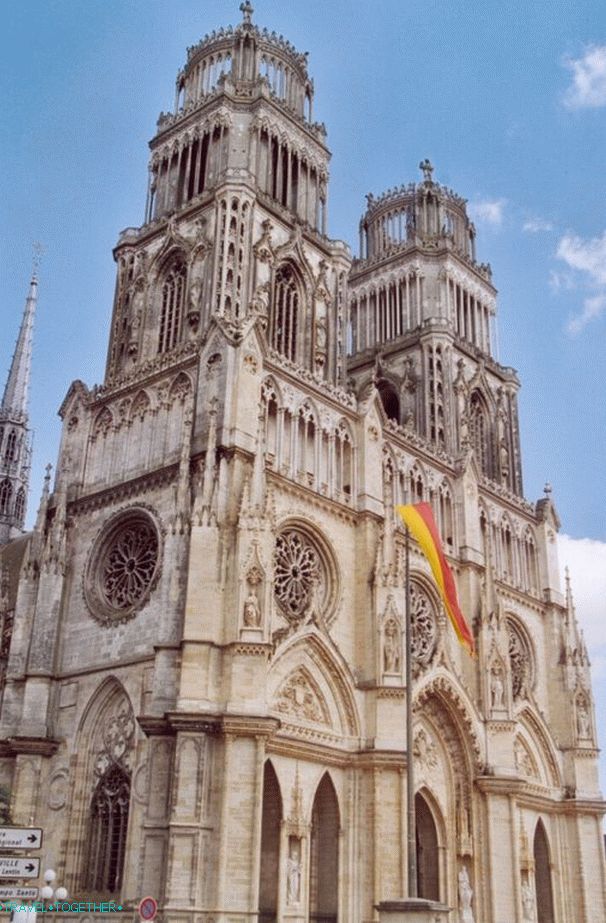 Saint Croix Cathedral is the main attraction of Orleans and the grand masterpiece of the Gothic. The construction of the cathedral was started at 13 century and lasted for more than 5 centuries. Therefore, in The architecture of the church is noticeably influenced by different architectural styles, especially classicism. The building has many impressive stone ornaments, beautiful windows with modern stained glass windows and two expressive towers. Near the cathedral you can see parts of the walls, which in ancient times surrounded the Roman city. Saint Croix Cathedral has austere and slightly gloomy gothic interior.

It is believed that the first church on this site was built at 4 century. This is one of the earliest Christian buildings on Territories of Western Europe. In the 12th century it was built here. impressive romanesque cathedral that collapsed through century. 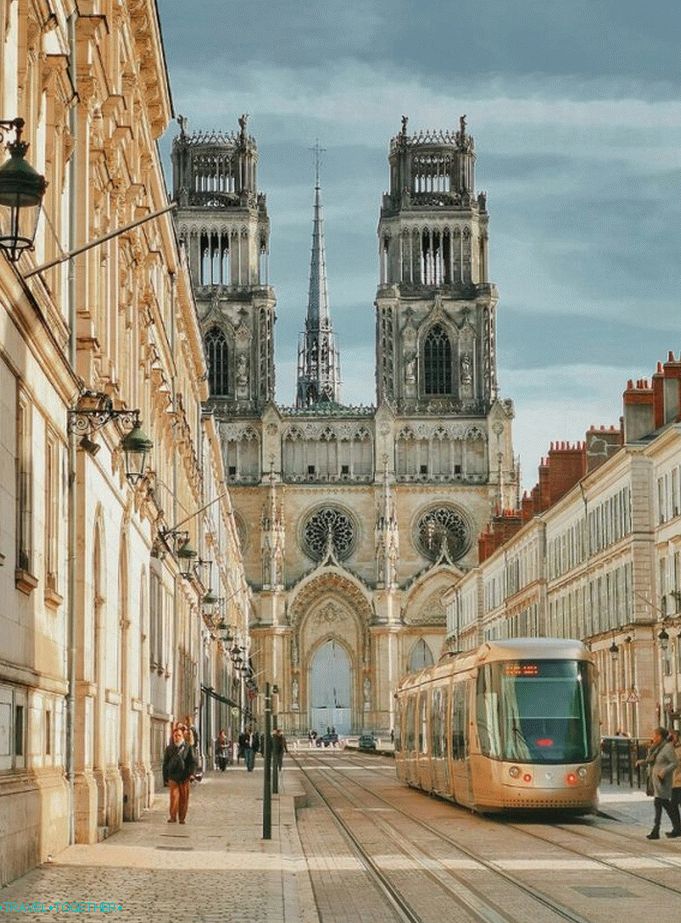 Street Joan of Arc – a wide alley in front of the cathedral, created in 19 century. This pretty street boasts beautiful views of the Saint Croix Cathedral. 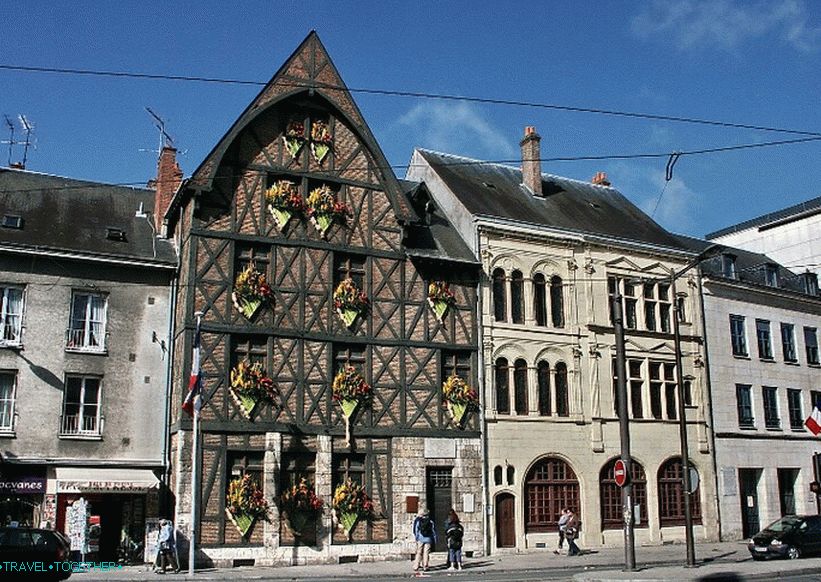 The streets of Joan of Arc will lead you to the Place Charles de Gaulle, on which houses an old medieval house-museum dedicated to life national heroine of France.

If you move on, the next stop will be the square. Republic. From here you can go to the Loire and look at impressive stone bridge. If you go to the other side of the river, then beautiful view of the old city is guaranteed. 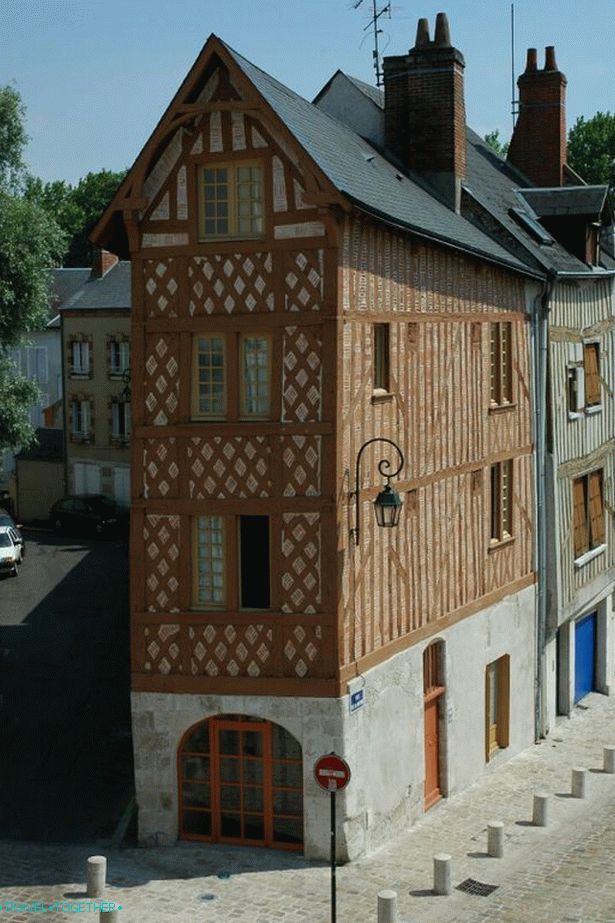 The house of Jean Dalybert is a medieval house that is one of The most interesting examples of Renaissance architecture. Located in the vicinity of the pretty square Chatelet. 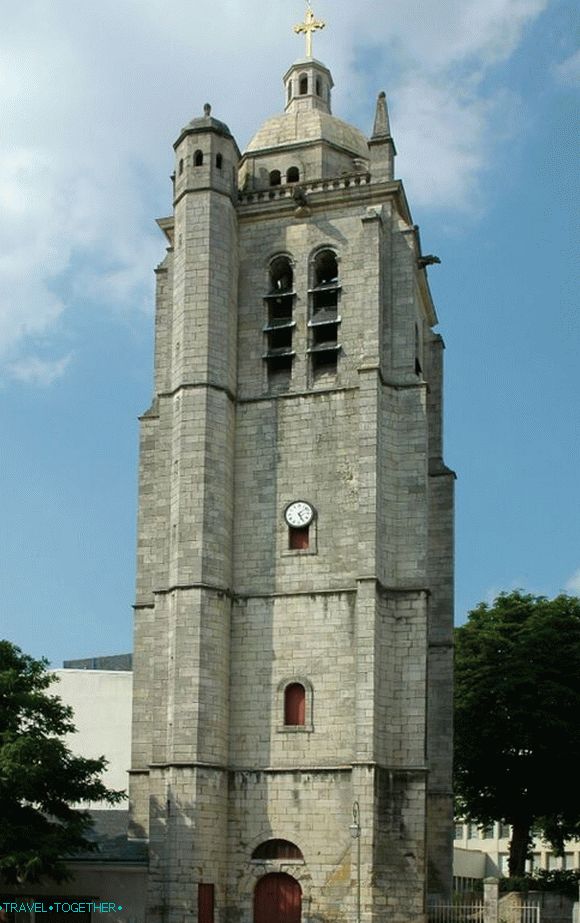 Tower of St. Paul’s – a historical monument, which dates from 1627 year In 1818, the tower was sold to the parish church of the same name. and served as her bell tower. During World War II, the church was destroyed, and the tower survived. 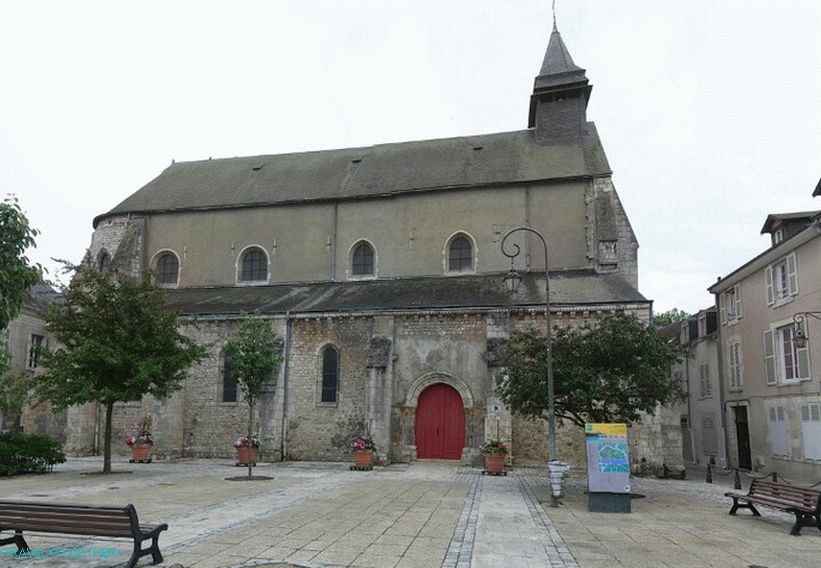 Saint-Pierre is a former church that dates back to the 12th century. Now in this old gothic building hosts contemporary exhibitions art. 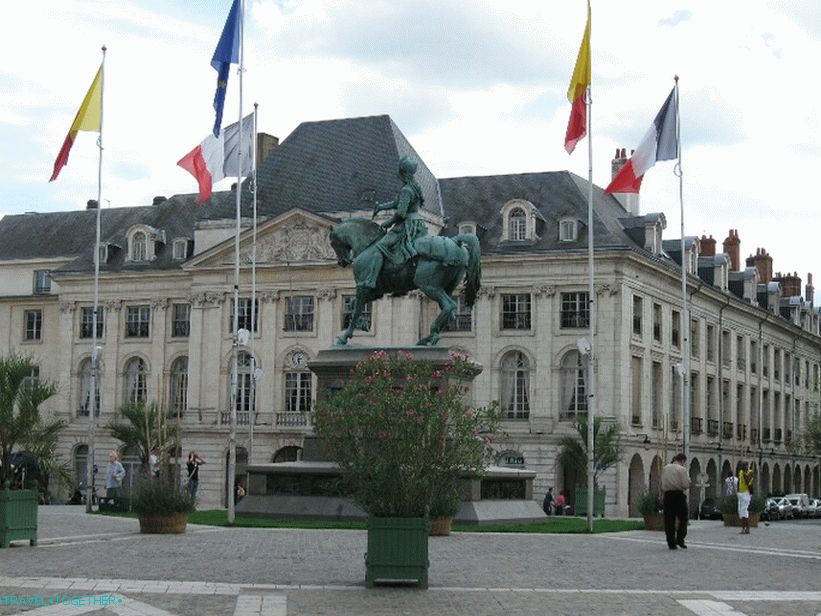 Martroi is one of the central squares of Orleans, which is surrounded by beautiful historic buildings in traditional french style architecture. This square was included in the old city in 14 century. In the Middle Ages, there was a market and executions. 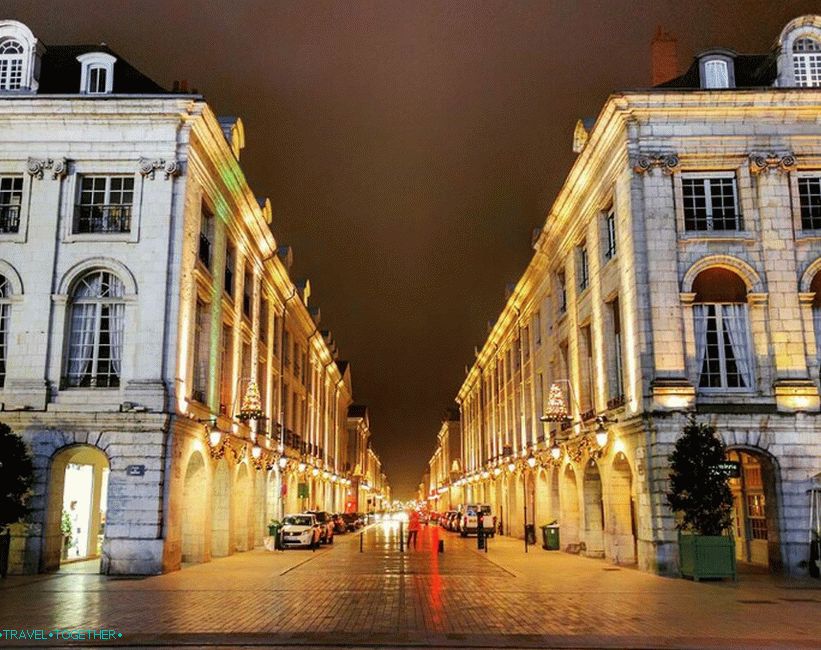 Royal Street – another historic boulevard of Orleans with beautiful arcades. The street was rebuilt in the 18th century, when more 100 old houses were demolished and new ones were built in their place. building. 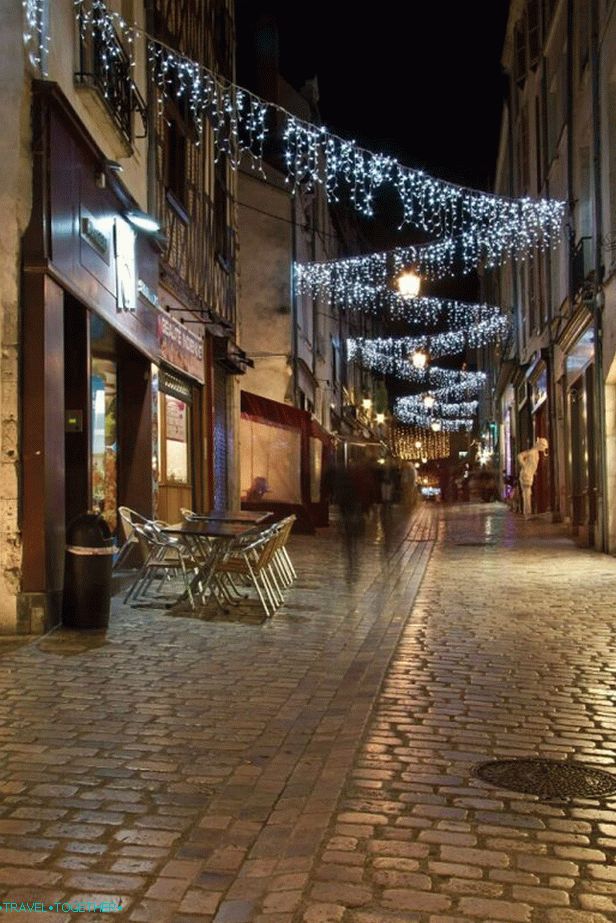 Street Burgundy – one of the central streets of the eastern part historical center. Famous for its restaurants, cafes and bars.

Orleans on a map of France