Nice (France) – the most detailed information about the city with photos. The main attractions of Nice with a description, guides and cards.

Nice is a city in the southeast of France in the Provence-Alpes region Cote d’Azur. This is the most famous French resort. Mediterranean and a major port. Nice is a picturesque city filled with sun and stunning seascapes that is the perfect place to explore the Cote d’Azur. This city with Italian temperament and energetic Mediterranean atmosphere, literally created to relax and enjoy life. Nice are charming old streets and magnificent promenades, beautiful architecture and gorgeous museums, glamorous nightlife and luxury hotels.

Nice is located at the mouth of the River Var on the Gulf of Angels, which is part of the Mediterranean. City is located in the extreme south-east of France near the border with Italy is 960 km from Paris, 230 km from Marseille and 200 km from Genoa Nice has a mild Mediterranean climate. is he characterized by moderately hot and dry summers. Winter is mild and relatively warm with cool nights. Tourist season Lasts from May to October.

The best time to visit Nice is September. This month characterized by warm sea, comfortable weather and relatively fewer tourists. The highest season is July and August. May and June – not the best time for a beach holiday. Water in the sea though and clean, but pretty cool. 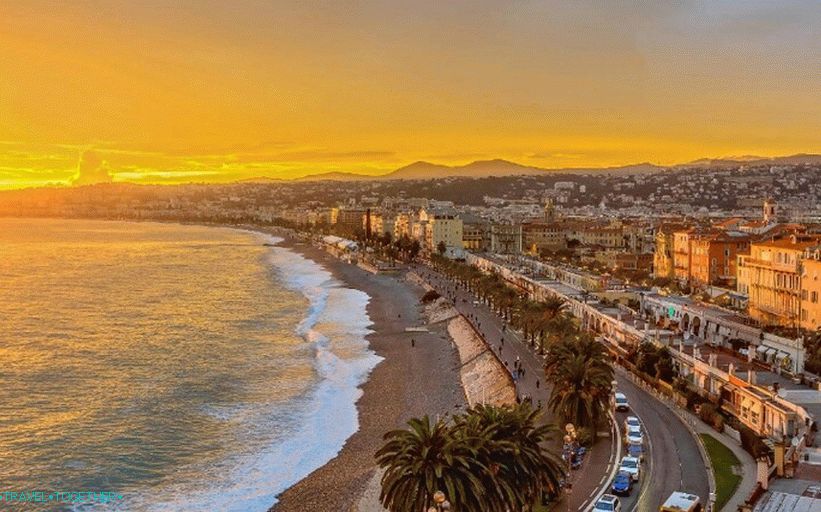 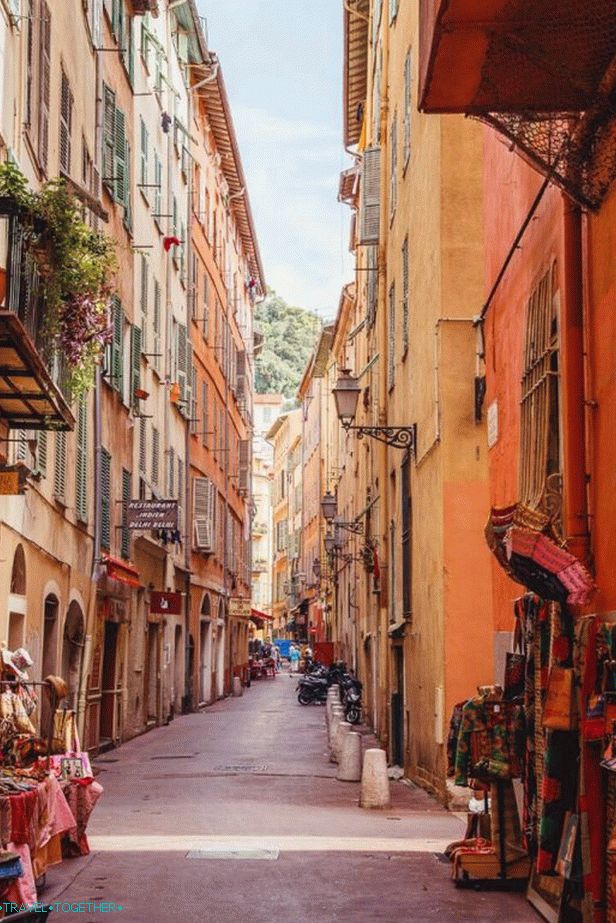 Although Nice is considered the main resort of France, the beaches here exceptionally stony and pebble. If the main goal is great beach holiday, it is better to look at the town of Villefranche sur mer and Gangnam.

Nice – an ancient city, founded by the Nicene Greeks in the 4th century before AD The title is dedicated to the goddess Nike and the victory over the Ligurians. City quickly became one of the largest malls Ligurian Sea and flourished until the invasion of the Lombards in the 6th century. AT In the 7th century, Nice joined the Genoa League, which united major cities of Liguria. 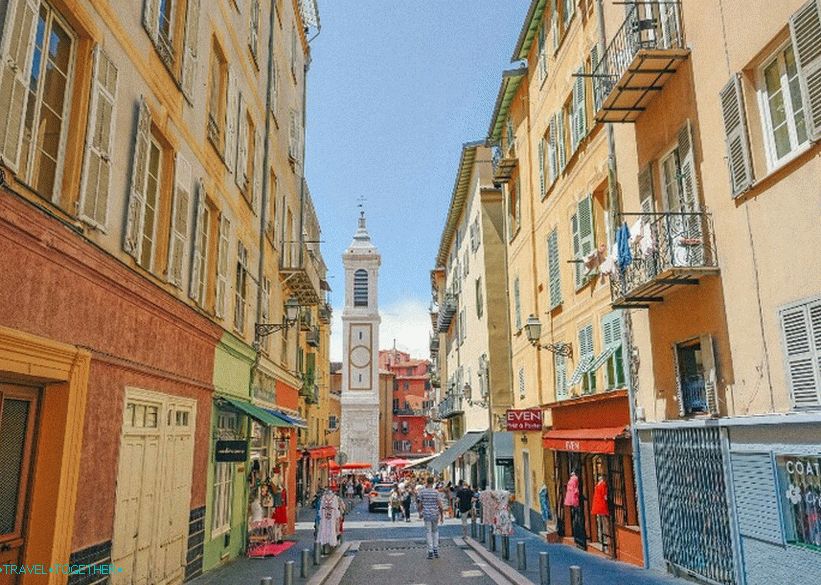 In 729, the city repelled the Saracen invasion. However, in the 9th century they several times looted and burned Nice. In the future, the city tried to capture both the French monarchs and the rulers Holy Roman Empire. But Nice maintained its independence. AT From the 13th to the 14th century, the city was conquered by the Counts of Provence, and at the end of the 14th century Nice was under the protection of the State of Savoy. 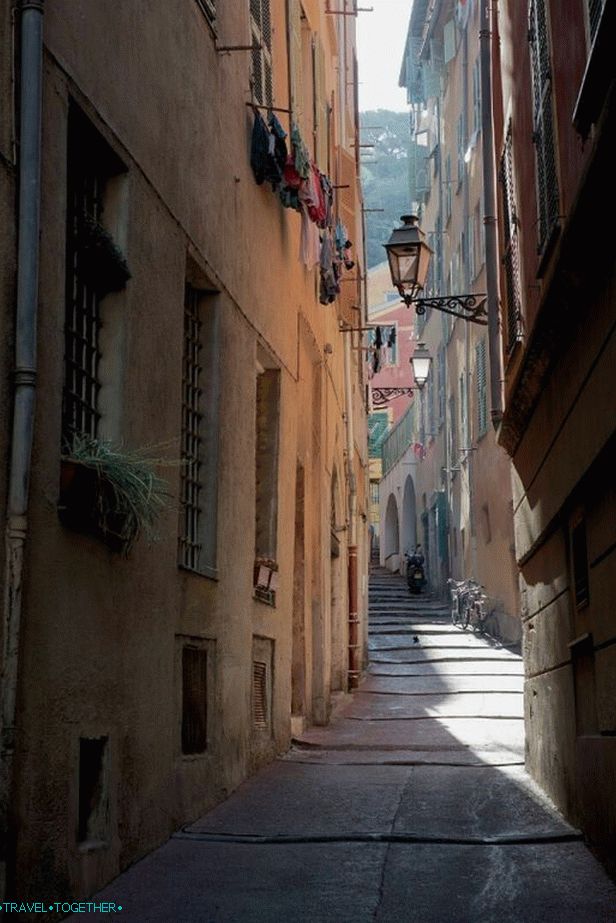 The structure of Savoy Nice actually was included until 1860, while under the Treaty of Turin was not transferred to France. Exactly therefore, the city has Italian architecture and flavor. 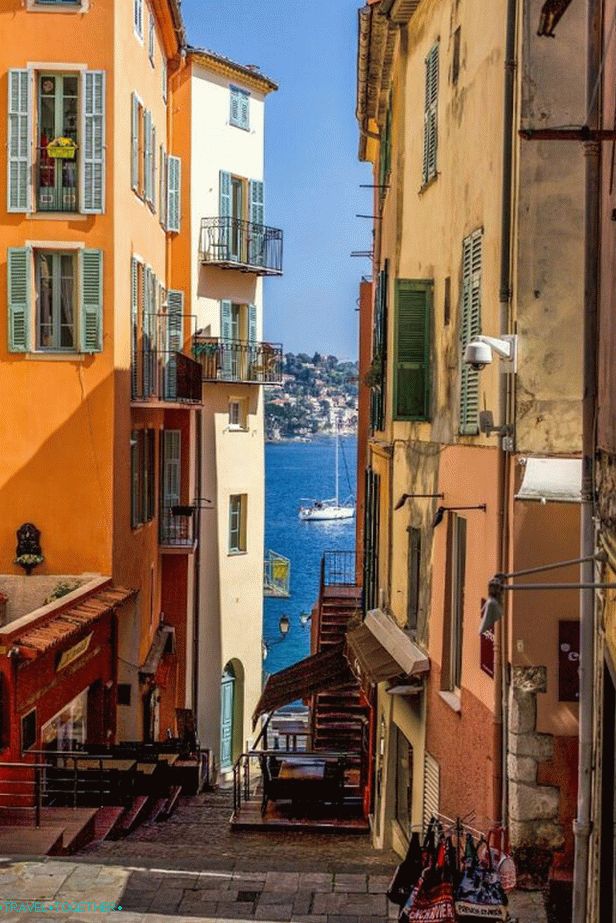 Nice’s old town, also known as Vieille Ville, stretches from the castle hill to the Place Masséna. It’s filled charming narrow streets with bright facades and tiled the roofs of old houses that are interspersed with wide embankments and squares. The historical core of Nice dates from the 16th to the 18th century. Here dominated by Italian architecture. Most old buildings converted into shops and restaurants, and the smell of pizza is in the streets and baking. 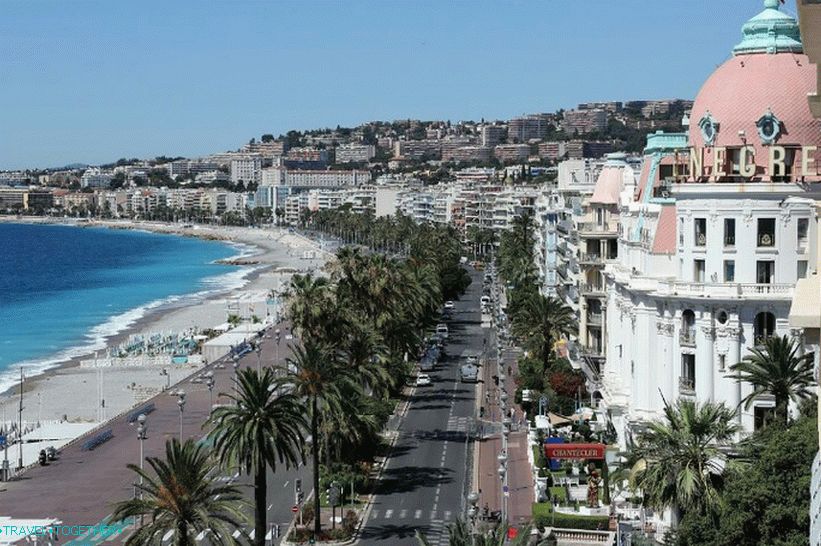 English Quay – a symbol of Nice. It’s gorgeous pedestrian area with palm trees, which follows the bend of Angel Bay. This promenade was founded in 1820 and is one of the most popular places for walking. 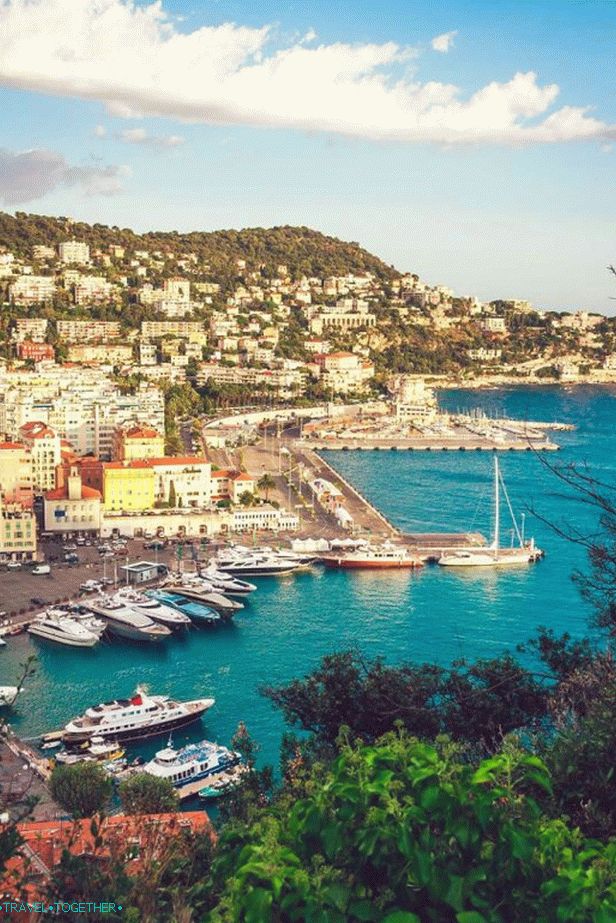 Parc du Collin Park is a pleasant oasis of greenery, shady trees and swift waterfalls from which a beautiful panorama opens Nice This is the oldest region of the city, inhabited by the Greeks more than two thousands of years ago. In the Middle Ages there was impregnable the citadel destroyed by the French in 1706. In addition, here You can see the ruins of two old churches. You can get here both on foot and on an elevator or escalator from Garibaldi Square. 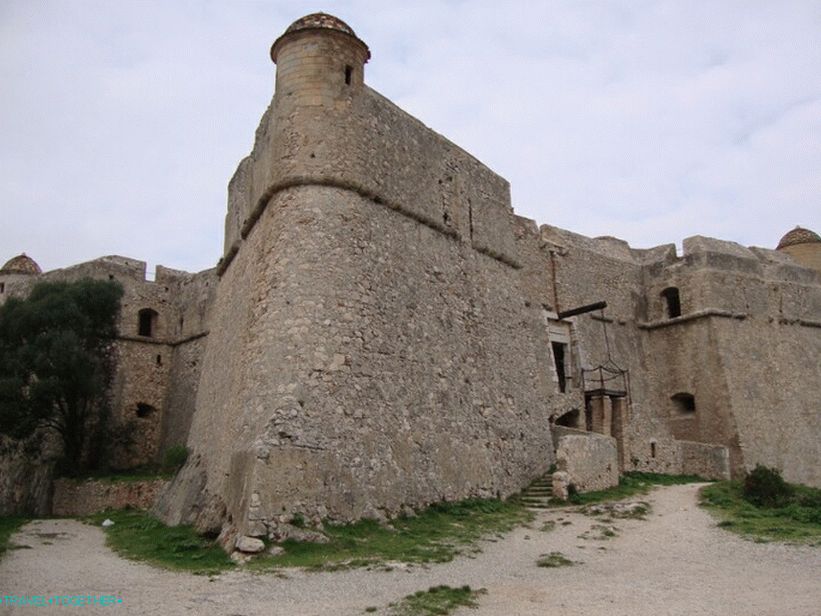 Mont Boron – a 200-meter hill with a beautiful view of the surroundings, located between the port and Cap-Ferrat. Remarkable The feature of this place is the dilapidated bastion of the 16th century. 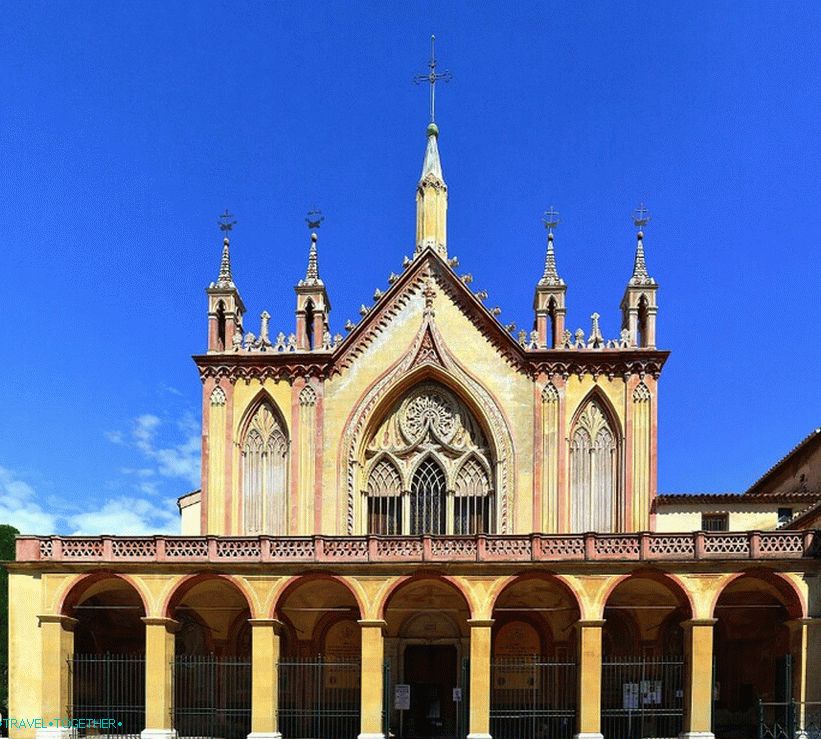 Notre Dame de Cimieux is an ancient Benedictine monastery that is surrounded by beautiful gardens. In the 16th century, he was captured Franciscans and expanded in the 17th century. Monastery renovated in Gothic style and offers to get acquainted with the life of the Franciscan monks in Nice from the 13th to the 18th century. He is right above ancient ruins of the ancient city where you can see fragments of the amphitheater and therm.

Not far from the monastery there is a museum of a famous artist. Matisse. The museum is located in a historic Genoese villa, surrounded by gorgeous Italian gardens. 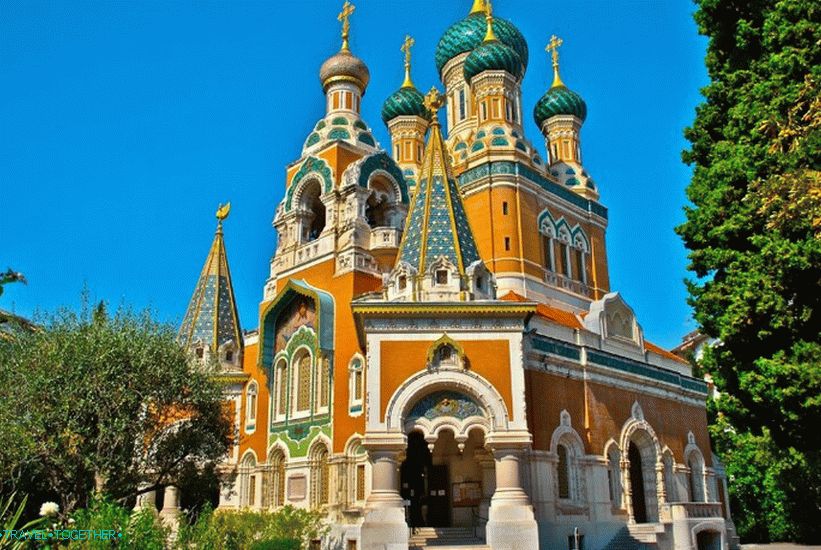 Church of sv. Nicholas – one of the largest and most beautiful Russian Orthodox churches located outside of Russia. The building was built at the beginning of the 20th century on the model of Moscow churches. The cathedral has an ornate interior with many decorative icons, paintings and carvings of wood, as well as iconostasis of relief metal. Also here you can look at historical and religious items that were removed from Russia during the Revolution.

The Chagall Museum is one of the most famous museums in Nice, in which is the most important exhibition of works of the famous an artist. 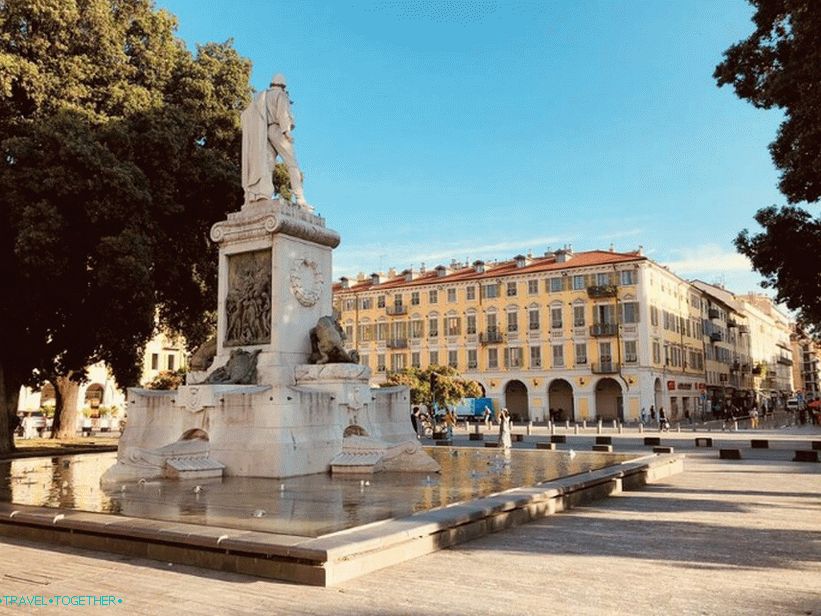 Garibaldi Square is one of the largest squares in Nice, surrounded by magnificent baroque buildings. Area was formed in the 18th century. In the center is a statue of a famous resident. Nice and Italian revolutionary – Garibaldi.

A few minutes from the square is a museum of modern art. 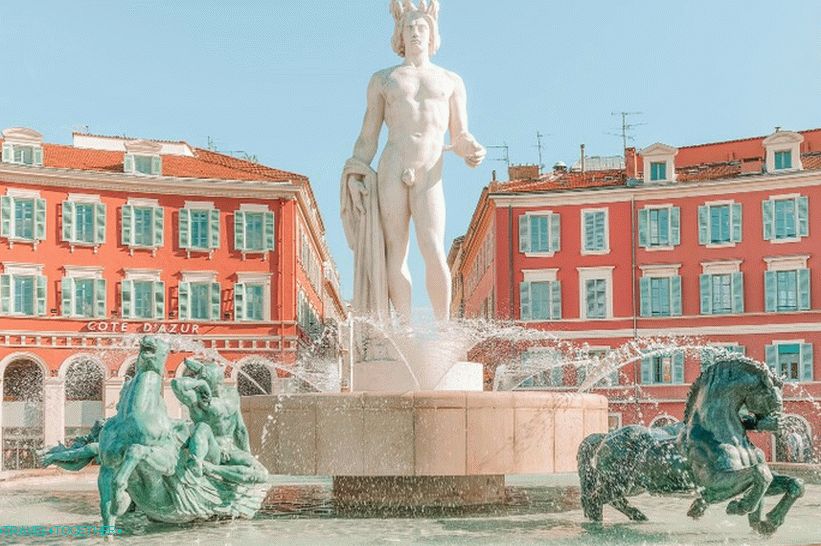 Place Massena is the cultural center of Nice and the largest square cities. This vast urban space links historical center with new business districts. The area has a beautiful 17th century architecture. In the center of it is a large fountain with a statue of Apollo.

The Museum of Fine Arts is one of the most interesting in Nice. is he offers to get acquainted with the collections of French paintings, Italian and Flemish artists of the 15th – 20th centuries. 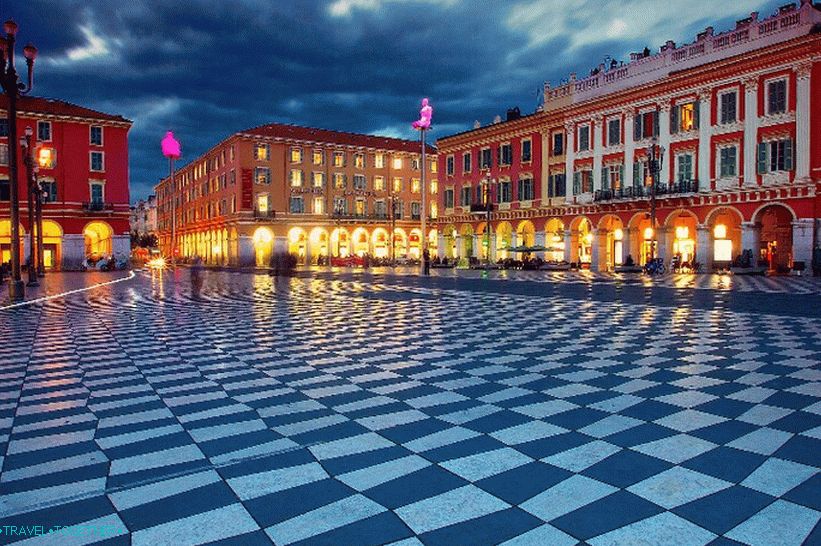 Promenade du Payon – wide boulevard from the English Embankment to national theater. An interesting feature of this place is a huge reflecting pool equipped with 128 water jets and fountains that spray water randomly. 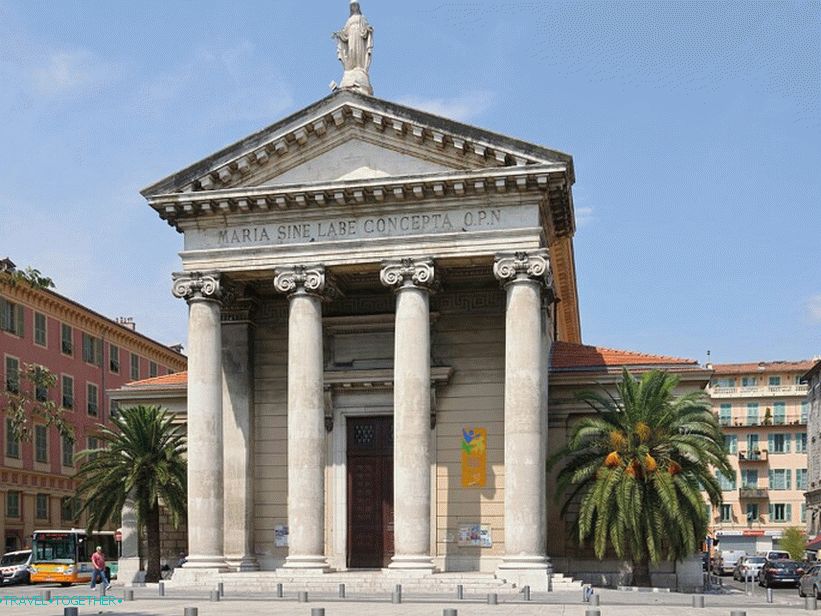 Notre-Dame-du-Port – neoclassical church, completed in 1853 year and declared a monument of history. 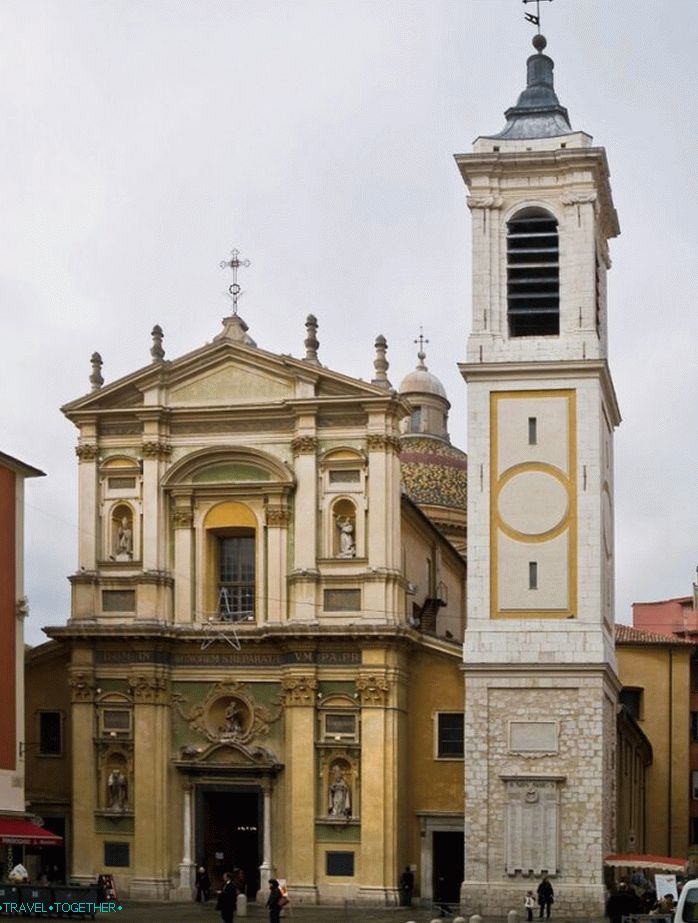 Cathedral of sv. Reparaty is a beautiful baroque church which dates back to the 17th century. It was built on the site of a more ancient religious buildings of the 11th century. 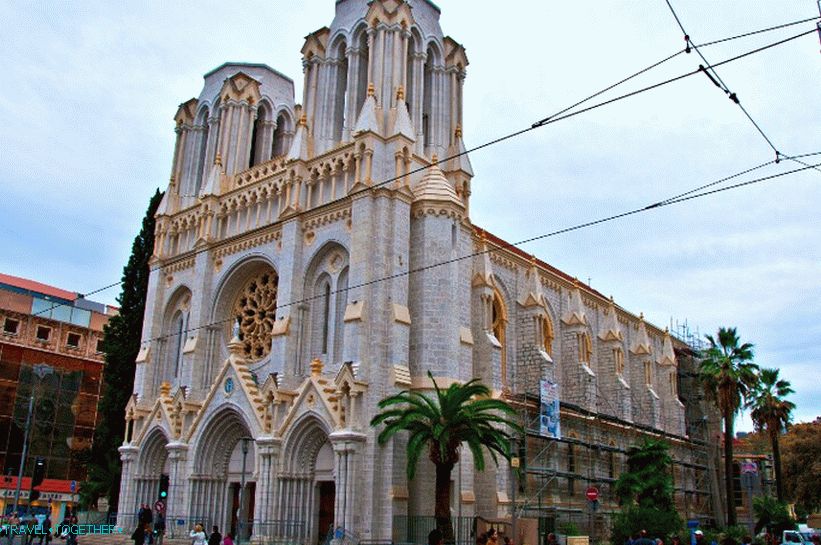 Notre Dame – Catholic Basilica, located in the center of Nice and built in neo-gothic architectural traditions. Church completed in 1868. 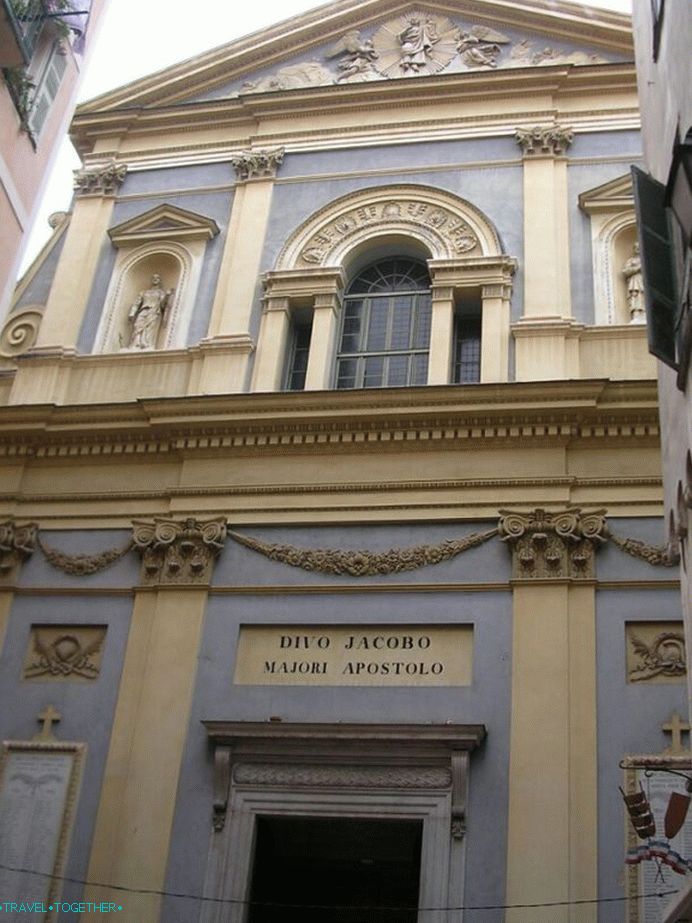 Saint-Jacques-le-Major – Baroque Catholic Church, built by the Jesuits at the beginning of the 17th century. 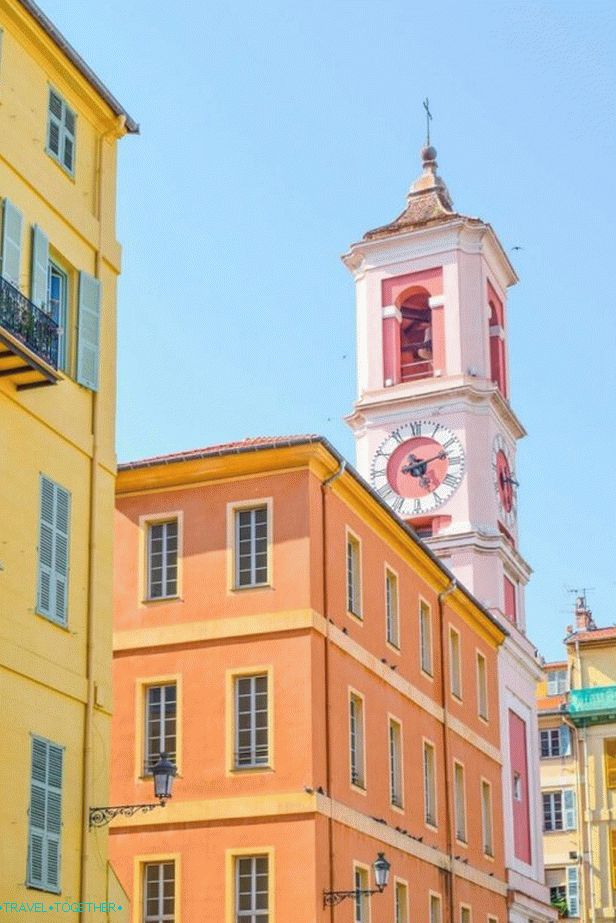 The Clock Tower is an 18th century neoclassical tower located on square palais.

Nice on the map of France