Netherlands (Holland) – the most detailed information about the country with a photo. Attractions, cities in the Netherlands, climate, geography, population and culture.

The Netherlands is a state in northwestern Europe, located on the coast of the North Sea. It borders with Germany and Belgium and has overseas territories – islands in the Caribbean. The Netherlands is a small country that is constitutional monarchy and is part of the European Union. The country is known for its rich cultural heritage, wind mills, tulips and the most liberal in Europe the atmosphere.

The Netherlands is one of the most densely populated and “even” countries. Europe, fortified dykes and penetrated by a network of channels. it state of pastoral landscapes, picturesque villages and tranquil cities, mansions among which are Amsterdam, Rotterdam and Utrecht Once a great naval power, now the Netherlands – a modern European country that still plays an important role in the international arena. Due to its compactness and Hospitality is one of the most popular tourist destinations. directions of Europe.

Often the Netherlands is called Holland and this is not entirely true. The official name of the state is the Kingdom of the Netherlands. Holland is just two of the twelve provinces. 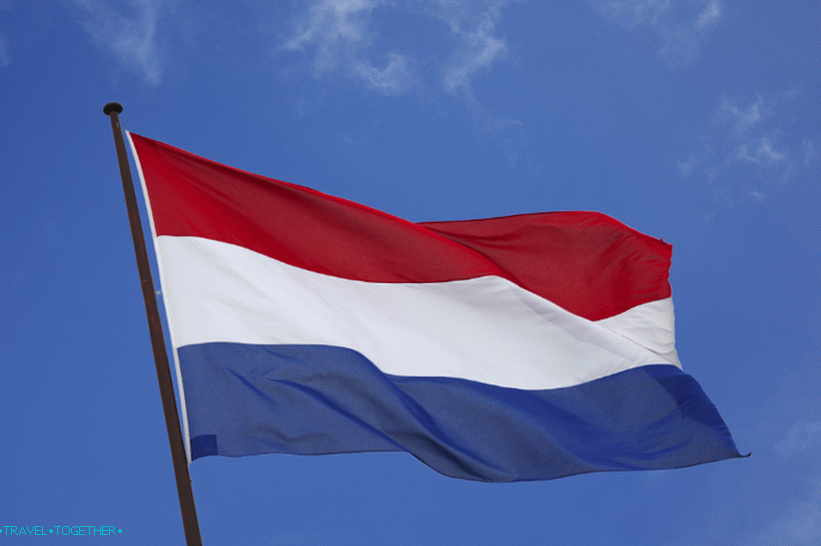 Useful information about the Netherlands

The Netherlands is located in the western part of Central European the plains. The north and west of the country is washed by the North Sea. More half of the state lies below sea level, which explains the name of the country (the Netherlands translates from Dutch as “Lowlands”). In terms of relief, the Netherlands can be divided in two parts: north and west – these are lowlands of the deltas of the Rhine, Meuse and Scheldt, south and east – hilly plain, passing into the foothills Ardennes 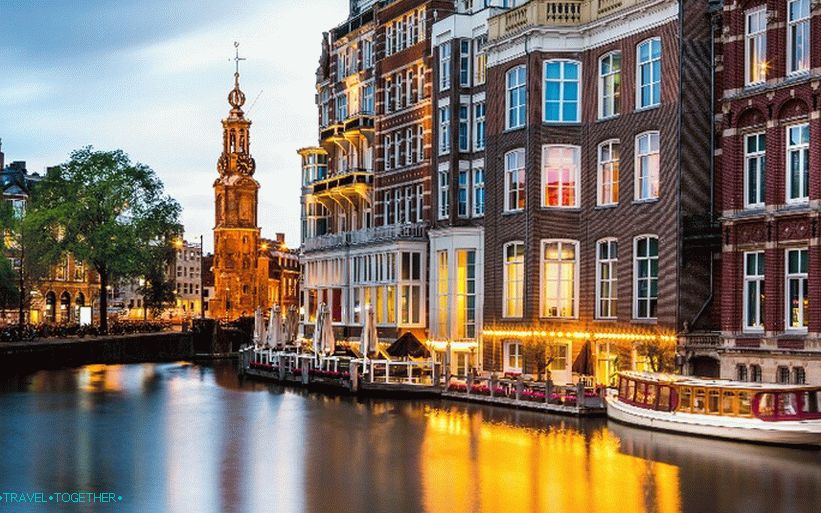 Amsterdam – the capital of Holland

Due to intensive business activities, most The territory of the Netherlands is occupied by pastures and arable land. Woodlands occupy only 8% of the territory and most of the green areas are groves and parks. The following tree species prevail: oak, beech, hornbeam, ash, pine (on sandy soils) and willow (along rivers and canals). The animal world is rather poor, although there are deer in the parks, badgers, foxes, hares. 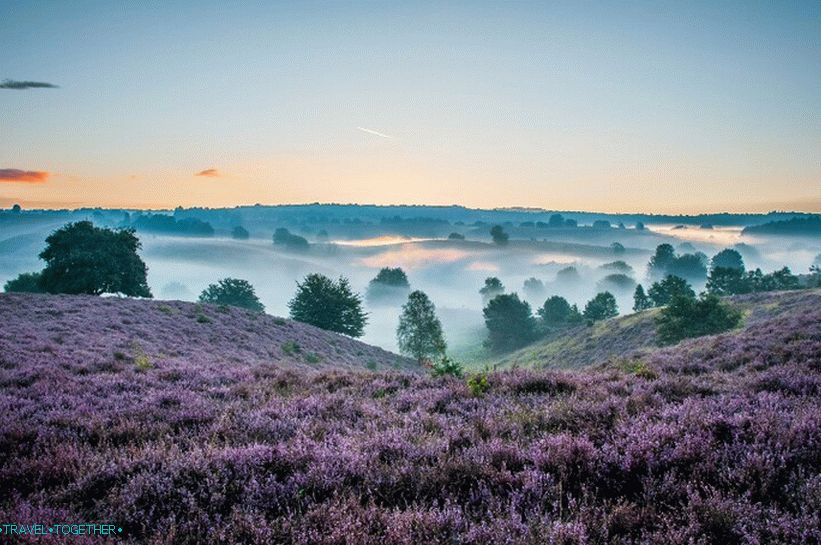 Regionally, the Netherlands is divided into: Winter in The Netherlands

The Netherlands can be visited all year round. Here every season has your mood and charm. Spring is the flowering of tulips, summer – long walks, autumn – time to open the Dutch nature on cycling, winter is the charm of Christmas and a minimum of tourists after him. Before the arrival of the Romans the territory of the Netherlands was settled Germanic tribes and Celts. The Roman Empire seized the southern part of the country and included it in the province of Belgika. With time The Germans settled south of the Rhine and formed the tribes of the Batavians and toxander, who are considered the ancestors of modern the dutch

After the collapse of the Roman Empire, three people were formed: the Franks, friezes and Saxons. At the end of the 5th century, the Franks adopted Christianity, conquered Frieze and became allies of the Saxons. By 734 the whole territory modern Netherlands was part of the Kingdom of the Franks. In 843 the year the Carolingian Empire fell apart, and the territory of the Netherlands was divided between the Western and Eastern kingdoms of the Franks. From 9 to 11th century North Sea coast suffered from raids the Vikings. 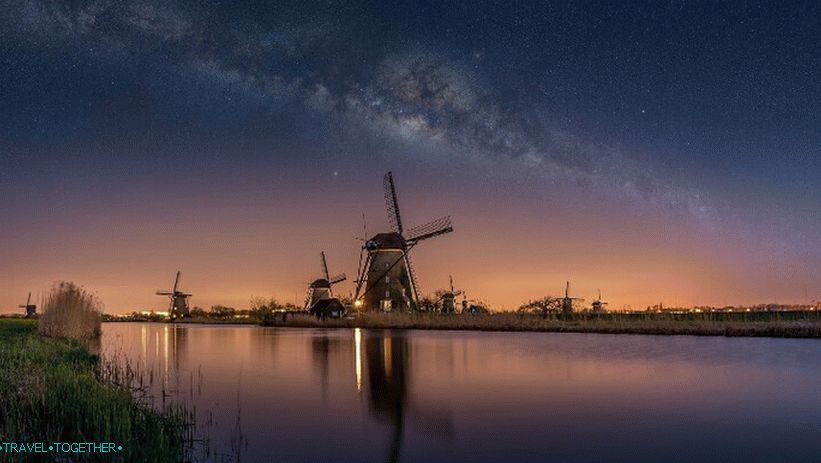 Windmills mills – a symbol of the Netherlands

In the 10th – 11th centuries the territory of the Netherlands was subordinated German emperors and was part of the Holy Roman empire. This period begins the settlement of the western lands, which is accompanied by the drainage of swamps and the creation of farms. Region acquires a franconian character and since the 12th century these territories have been called Holland The first crusades and the development of trade contributes to the growth and elevation of cities (especially in the provinces Flanders).

From 1384 to 1482 most of the territory of the Netherlands was subordinated to the dukes of Burgundy. This period develops the Dutch fleet is growing and towering Amsterdam, and the Dutch themselves successfully vie with the Hanseatic League. At the end of the 15th century the Netherlands began to belong to the Spanish Habsburg. In 1568 begins the struggle for independence, which resulted in the Eighty Years war In 1579, the Republic of the United provinces – the first independent Dutch state, which lasted until the end of the 18th century. Southern provinces still obeyed the Spanish crown. 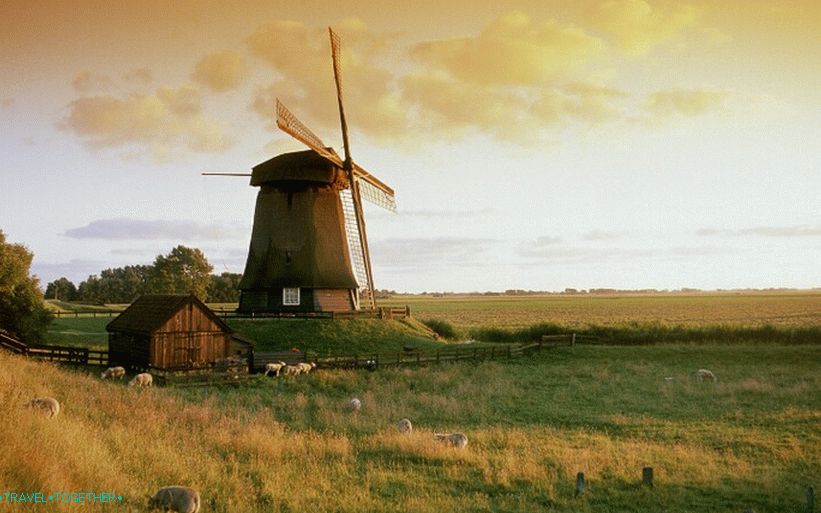 In the 17th century, a period begins which is commonly called the “golden century of the Netherlands. “The state has a powerful fleet and becomes shopping center throughout northern Europe. The Dutch are not only successful traded, but also founded colonies in North, South and Central America In the 17th and 18th centuries, the Netherlands became the center of immigration. Despite this, the economy began to stagnate, trade routes shifted toward America and the defeat in the war for the Spanish The inheritance deprived the Netherlands of the status of a strong European power. AT the state further tried to adhere to the policy neutrality but has been repeatedly invaded the french

At the end of the 18th century, a revolution occurred in the Netherlands and was proclaimed the Batavian Republic, which during the Napoleonic period Wars replaced the Dutch kingdom, controlled by Napoleon. it the state also lasted only a short time. In 1815 it was formed the United Kingdom of the Netherlands. In 1848 the state has become a constitutional monarchy, which is interestingly calm and no casualties. During the two world wars, the Netherlands declared neutrality. However, in 1940 the state was occupied Germany and released in 1944. 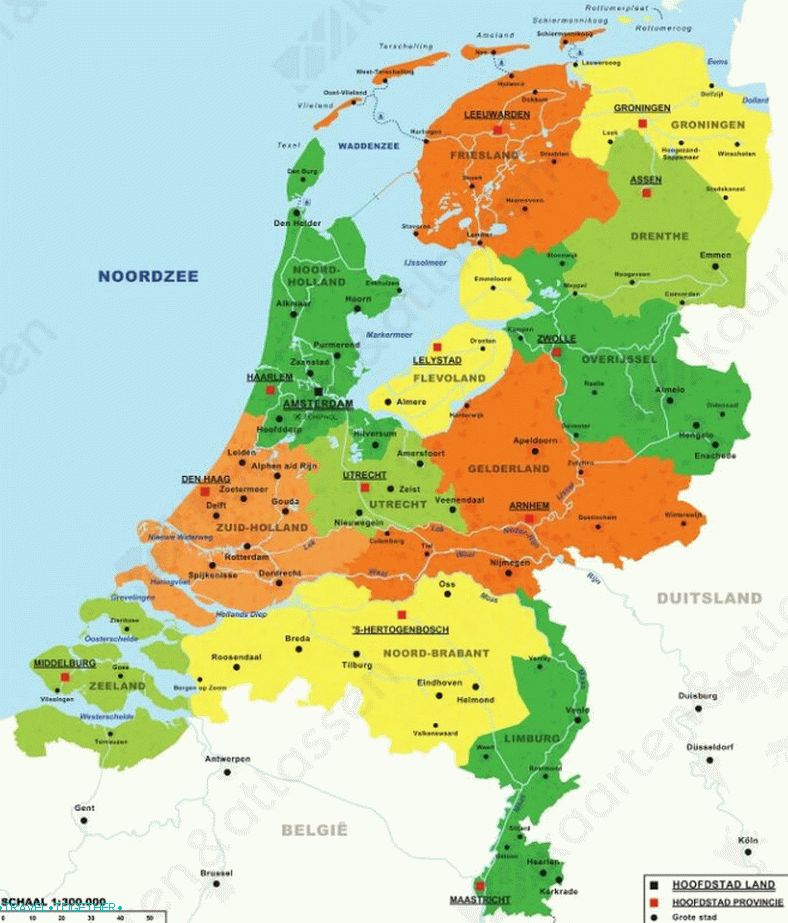 The Netherlands is divided into 12 provinces:

The Netherlands is inhabited by two indigenous people: the Dutch and the Friezes. About 20% of the population are immigrants. Most common religion is christianity. Catholic and Protestant Stakes roughly equal. There are many atheists among the Dutch. 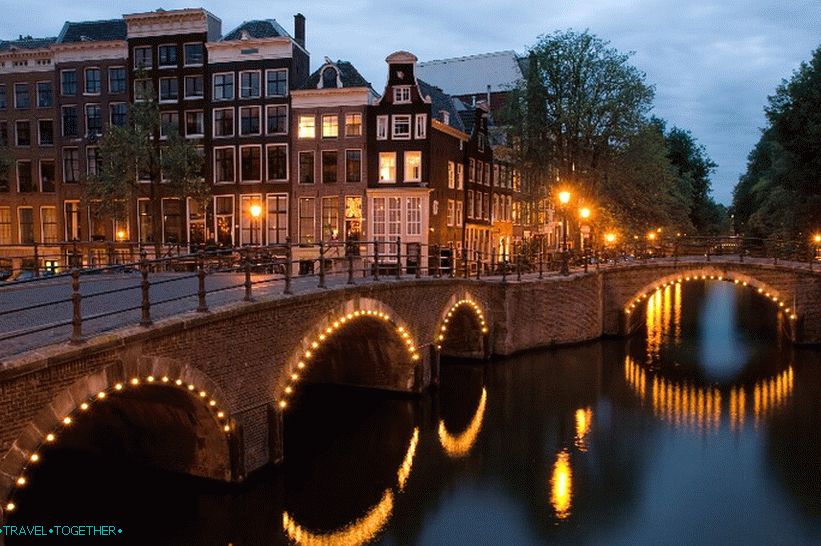 Amsterdam – the largest city of the Netherlands

The Dutch themselves are among the most informal and relaxed. people in Europe. They are difficult to offend their behavior and appearance. They are open, direct and pragmatic. In business, they value determination, punctuality, earnestness and healthy conservatism. When they meet here, they usually get on with their hands and quickly move to informal communication.

Most of the population speaks Dutch, which belongs to the german language group and can be understood by people well versed in German. Also, most Dutch people speak English and German.

The train is the fastest and cheapest way to travel The Netherlands. By train you can also get to Belgium, France and Germany. The Netherlands has good roads and highways in Belgium and Germany, as well as regular ferry service with UK 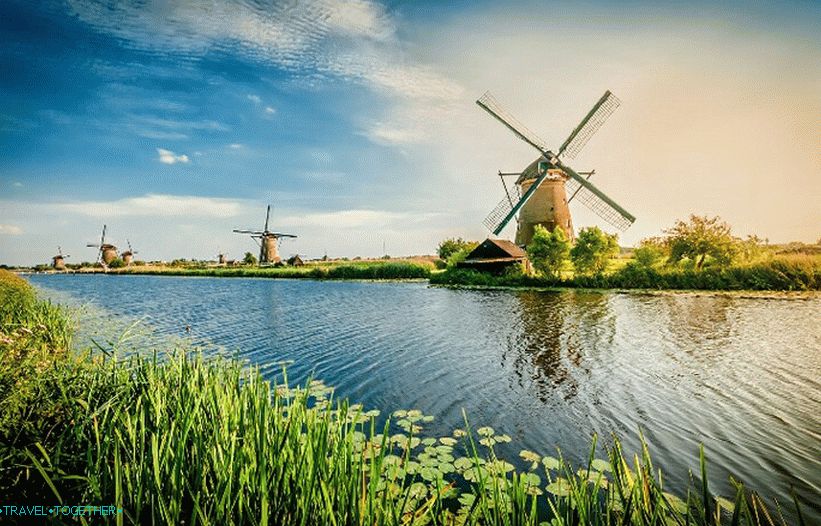 Cities of the Netherlands and popular destinations 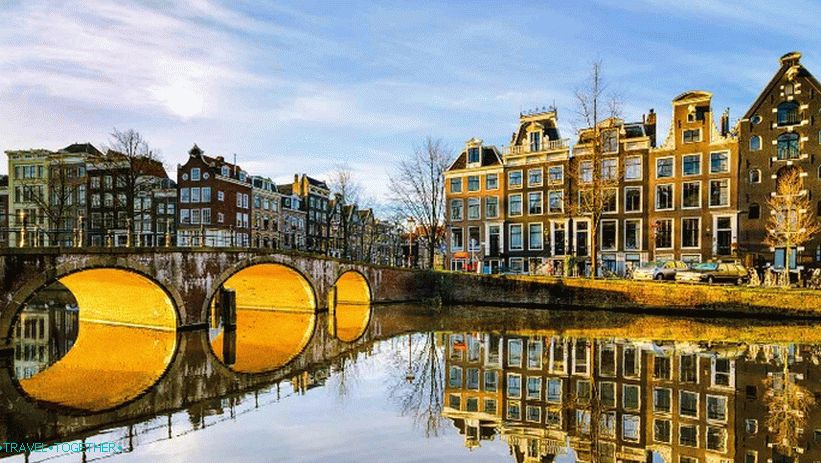 The most popular cities in the Netherlands: 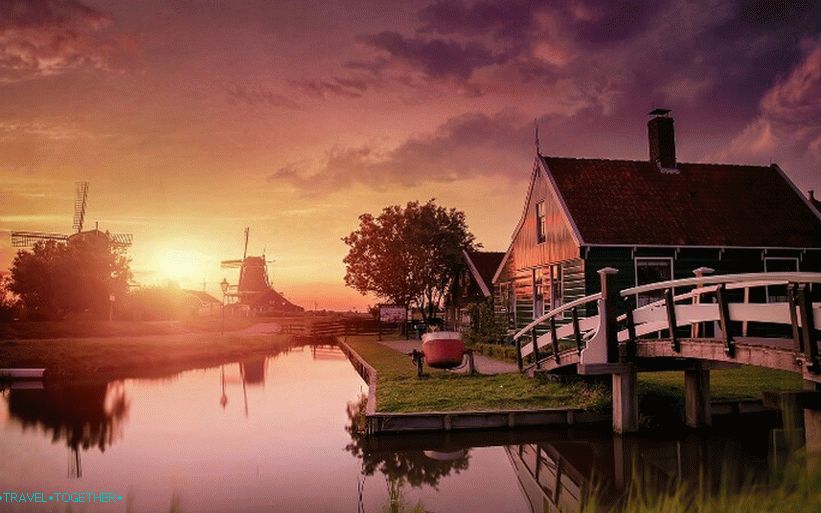 Sights of the Netherlands

Amsterdam’s Old Town is one of the most beautiful in Europe. it area of ​​charming canals and bridges, quaint old houses and numerous museums and churches. Rijksmuseum in Amsterdam – one of the most popular museums in the world. His collection has about 7 million works of art, including 5,000 paintings. Also in the capital of the Netherlands is a museum of one of the most prominent Dutch artists – Van Gogh. 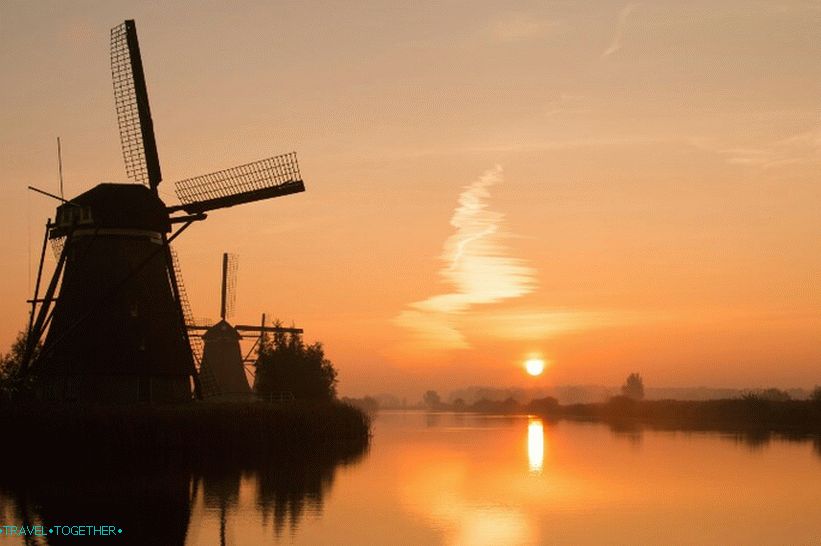 Kinderdijk Windmills – World Heritage Site UNESCO. 19 windmills of the 18th century are known as one of characters of the Netherlands. Located on the River Nord between Rotterdam and Dordrecht. Chateau de Haar – an impressive castle built in the late 19th century on the site of the original castle of the 14th century.

Keukenhof is a royal garden and a symbol of the Netherlands, which shows over 700 varieties of tulips. 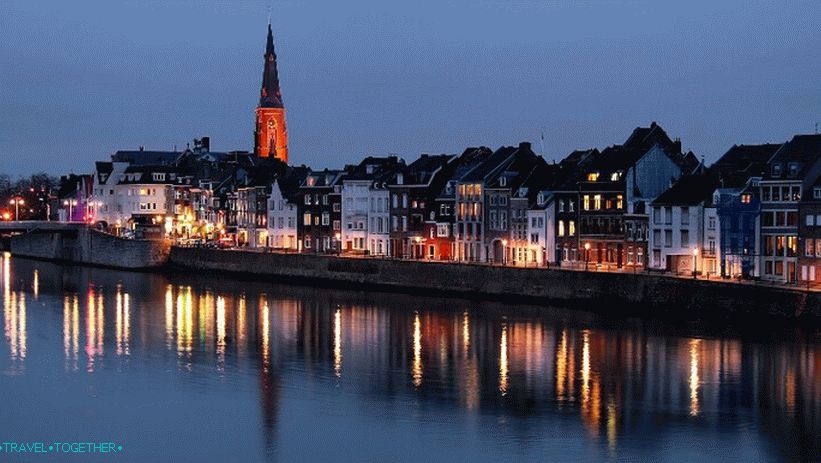 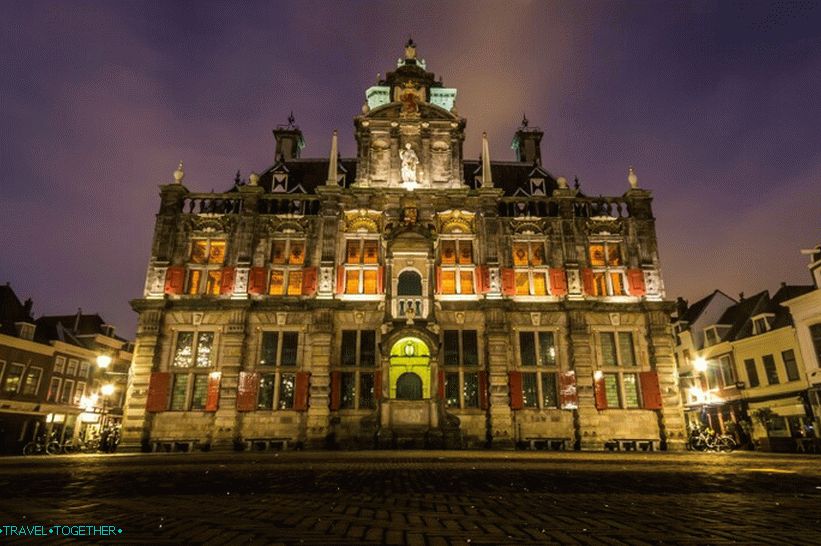 City Hall in Delft – a masterpiece of architecture in style Renaissance. Zaanse Schans is one of the most popular attractions. Netherlands, an old industrial area with traditional wooden houses and windmills. 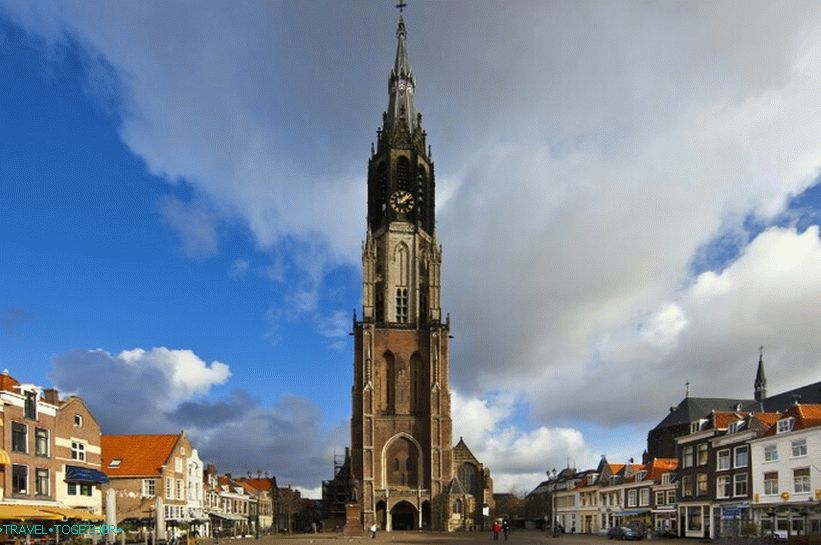 Nieuwe Kerk – the magnificent gothic church in Delft, founded in the 14th century.

Cathedral of Haarlem – Beautiful Basilica in Gothic style built in the 16th century. 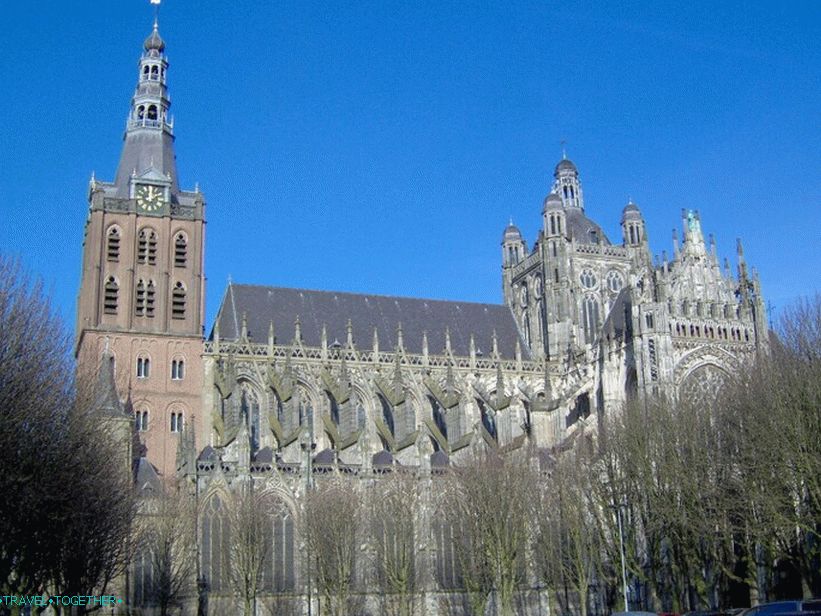 Church of sv. John in ‘s-Hertogenbosch

Church of sv. John in ‘s-Hertogenbosch – Dutch masterpiece Gothic architecture, located in the province of North Brabant. The church was founded in 1220 and completed three centuries. later.

The Netherlands is one of the most expensive countries in Europe. Cost of Accommodation starts from about 20 Euro per person. Wherein the number of offers available depends on the season, cultural events and tourist popularity of a particular region (city). The cheapest accommodation options will be hostels and hotels of the type “bed and breakfast”. Popular hostel networks of Stayokay and Flying Pig. 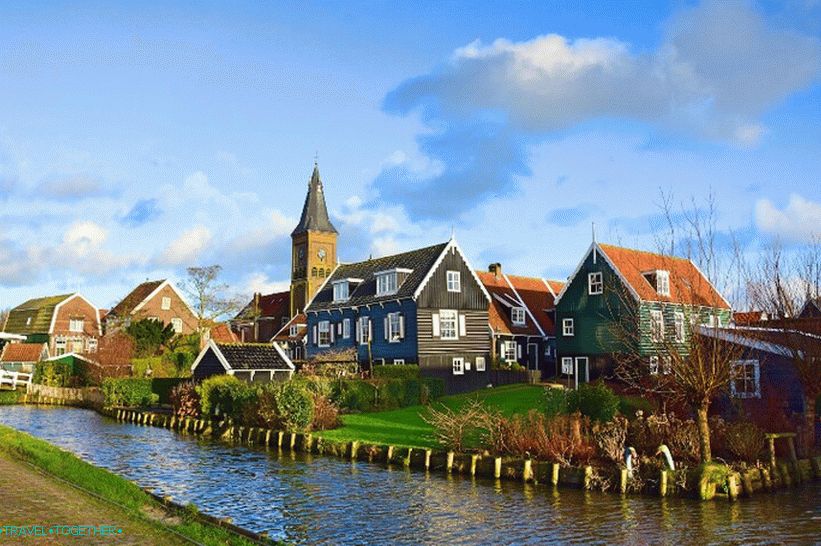 Dutch cuisine is not the most popular in Europe, although it quite tasty and satisfying. The main ingredients are meat, potatoes and other vegetables. Popular food: 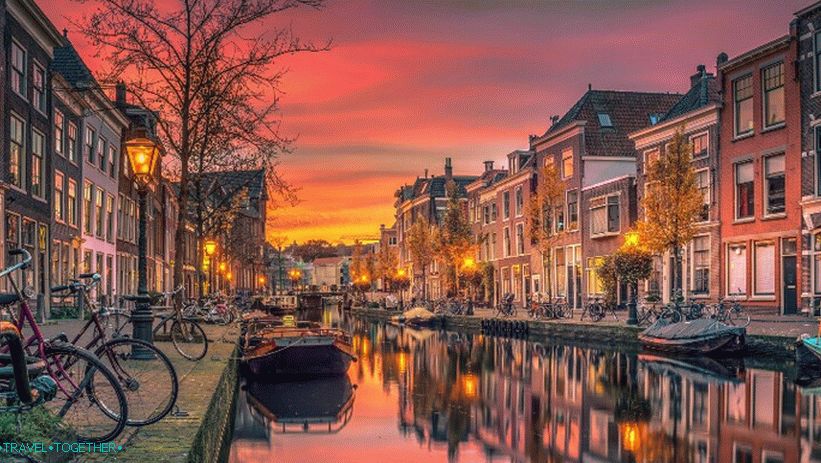 Netherlands on the map