Narva (Estonia) – the most detailed information about the city with photos. The main sights of Narva with a description, guides and cards.

Narva is a city in eastern Estonia with a “Russian soul”. Located on the border of Estonia and Russia, cultures of the East and the West. Interesting, that Narva, due to its favorable location, was constantly important shopping center. For possession of him constantly fought among the mighty powers of the past. All this left us unique historical heritage in the form of two fortresses (Russian fortress 15 century and the castle of the German Knights of the 14th century) both sides of the river, as witnesses of the past struggle of more than five centuries “look” at each other. In the recent past, Narva had a beautiful ancient look, wonderful baroque buildings. Unfortunately, the second World almost destroyed the historical center. New building and the layout of the city was done in the typical Soviet style, in which almost no old buildings.

Narva is the easternmost city of Estonia. The city is located on the left on the bank of the river of the same name 150 km from St. Petersburg and 210 km from capital – Tallinn. The climate is temperate with warm summer and enough cold winter. For the year falls 650 mm of rain.

The best time to visit Narva is May-September.

The foundation of Narva dates back to 1223. Already in ancient times Russ was here the way “From the Varyag to the Greeks.” In the 13th century Narva captured the Danes. In the first half of the 14th century, it received urban the rights.

During the Livonian War, Narva was captured by Russian troops. Tsar Ivan the Terrible planned to make the city a major port and shopping center. In 1581, the Swedes after several sieges took Narva, while destroying almost the entire Russian population. After several skirmishes near the city in 1595, Russia and Sweden concluded world, according to which Russia has abandoned its claims on Narva and Revel, but got land east.

Narva was recaptured from the Swedes as a result of the Northern War by Peter Great. At the beginning of the 18th century, the city became part of the Russian Empire. After the construction of St. Petersburg fortresses of strategic importance Narva fell. In the 19th century, the city turned into a large industrial Centre.

In 1920, Narva became part of independent Estonia. Part The USSR entered the city in 1940. In 1941, the Germans entered Narva troops. The city was liberated in 1944. As a result of battles for Narva Old Town was almost completely destroyed. bombing and explosions of German sapper brigades. After the war The historic center has not been restored. 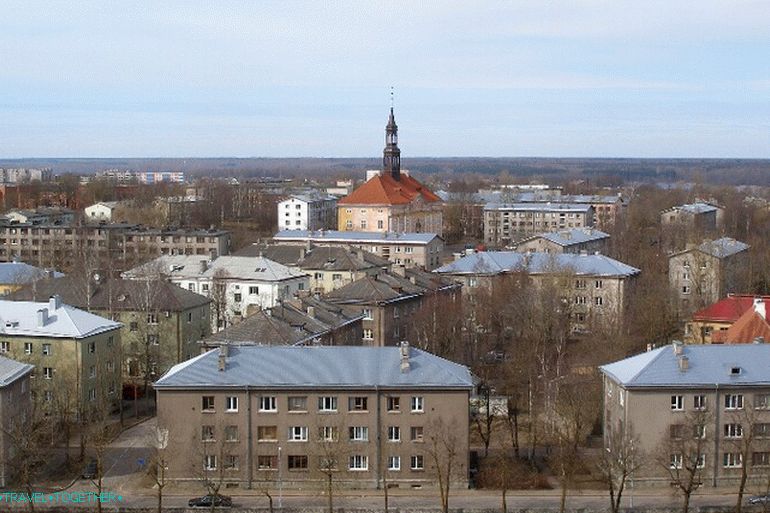 The nearest airports are located in Tallinn and St. Petersburg. Buses and trains go to Narva from Tallinn, Tartu, St. Petersburg, Moscow.

Shopping centers and many shops can be found on Tallinn highway.

Although during the Second World War the old city Narva was almost completely destroyed, the city retained several curious sights. The main attraction of Narva is the medieval Livonian Castle, built in the 14th century. Last fortress Herman Castle was called. Now here is a city museum. Ivangorod Fortress stands on the Russian bank of the River Narva 15 century.

Of particular interest are the Swedish bastions – defenses 17-18 centuries.

A popular place is the embankment of Narva – one of the favorites. walking places of residents and guests of the city. Of the historic buildings, the town hall has been preserved; in the 17th century. 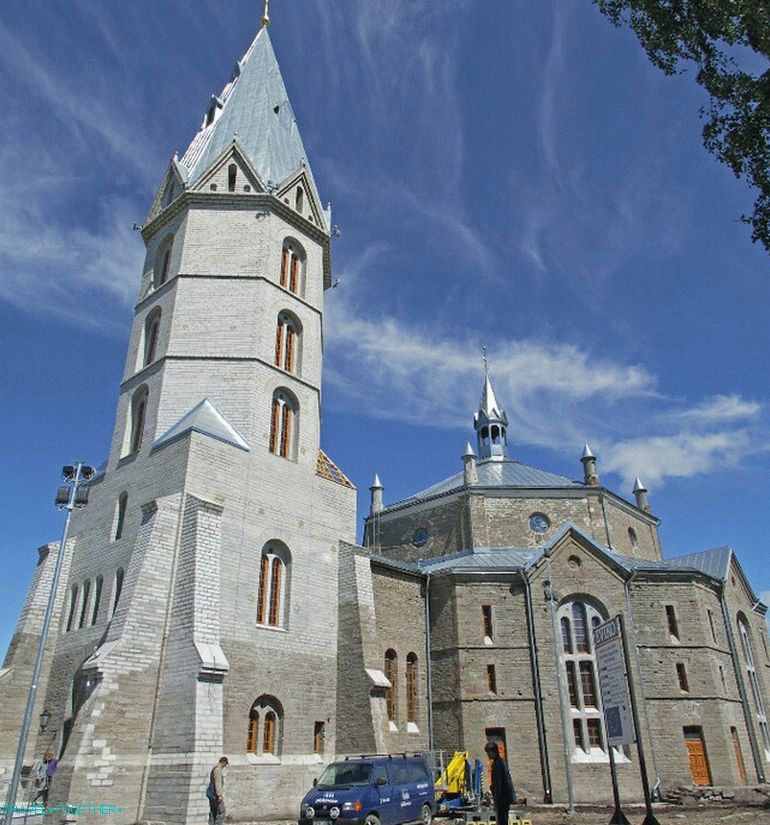 From sacred architecture worth seeing Lutheran church 19th century, named after Emperor Alexander II and the Resurrection The Cathedral is an Orthodox church of the late 19th century.

Location of Narva on the map of Estonia