Nancy (France) – the most detailed information about the city with photos. The main attractions of Nancy are with descriptions, guides and cards.

Nancy is a city in eastern France in the Lorraine region. It is the capital of the department of Mörth and Moselle, as well as the largest university center. Nancy is one of the most important cities. northeastern France with an elegant historic center, some parts of which are included in the list of World UNESCO heritage. The city is known for its charming medieval The streets, baroque architecture of the 18th century and magnificent palaces rococo.

Nancy is located on the left bank of the River Mouth 10 km from its confluence in the Moselle. The city is surrounded by low hills that are 150 m taller than it. center. The climate is temperate sea with cool winters and warm summer. 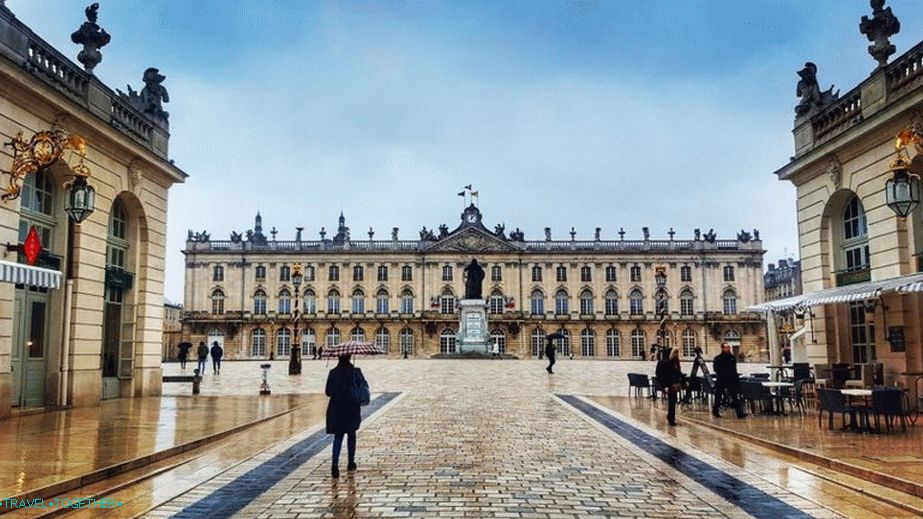 Nancy was first mentioned in the 8th century. Around 1050, the duke Lorraine built here a fortified city, which by the 12th century became center of the province. At the beginning of the 12th century, Nancy was burned by Frederick II. In 1477, a battle took place here between the Swiss-Lorraine troops and Burgundians, during which the duke of Burgundy Karl died Brave. 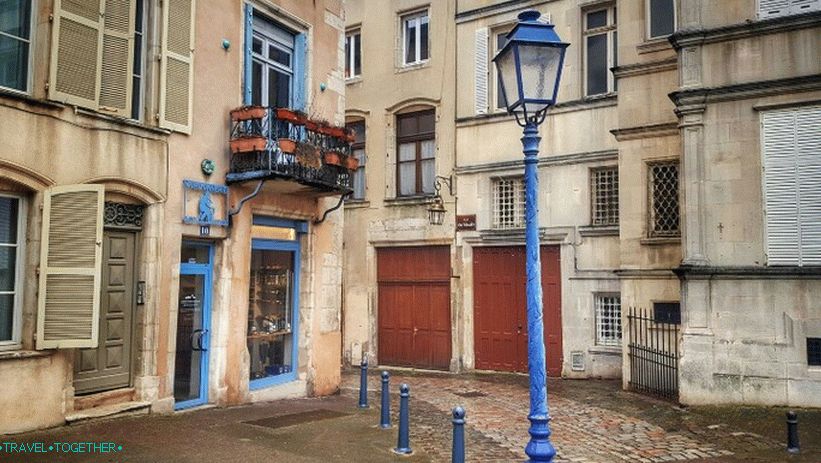 In the 18th century, the former Polish king became the duke of Lorraine. Stanislav Leschinsky. The result of his reign was the flourishing of the city and the construction of magnificent baroque buildings. During the Franco-Prussian War of 1870–1871, Nancy was occupied by German troops, but later returned to France. In 1940 the city was occupied by Germany. 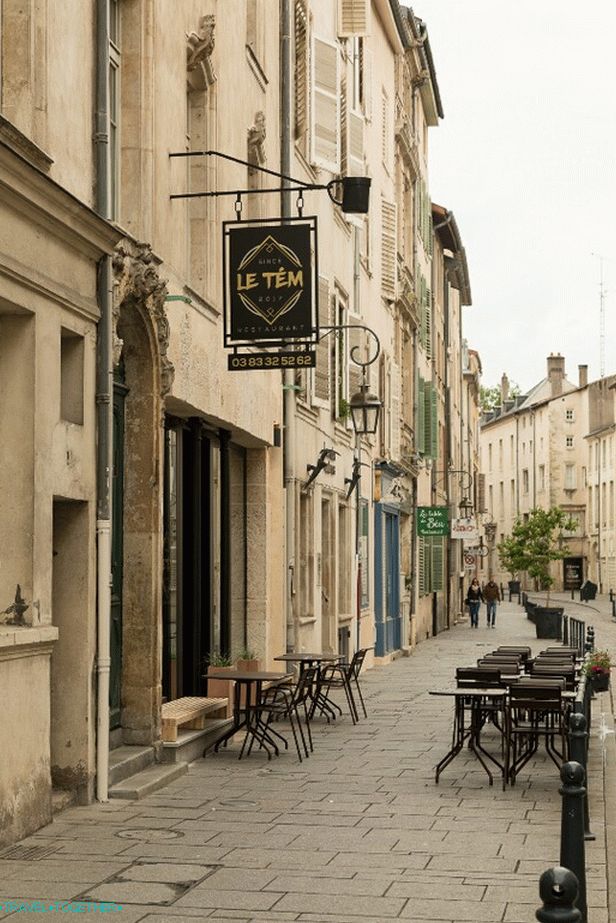 The historic center of Nancy can be divided into two parts: the old and new town. Old Town is a district of medieval cobblestone streets. with old houses of the 15-17th centuries, small cozy squares and ancient historical monuments in which you can fully immerse yourself in the atmosphere of the Middle Ages. New city strikes with elegance Baroque and Rococo. It was built in the 18th century.

Port de la Craff (Porte de la Craffe) – Gothic Gate 14 centuries that are a symbol of the old city and one of most ancient buildings of Nancy, preserved to this day. Once upon a time the gate was part of the city fortifications. They are reinforced by a pair huge round towers and before the french revolution were used in as a prison.

Stanislas Square is the heart of Nancy and one of the brightest squares. Europe, which is also a UNESCO World Heritage Site. This is a masterpiece of French Baroque architecture that was Designed and built by Era between 1752 and 1760. The square is a pedestrian area and is surrounded by five elegant palaces with luxurious balconies and balustrades. Largest building The square is the Annecy Town Hall. Also on the square there are several beautiful forged fountains. On the north side are elegant one-story gallery buildings that continue along the next streets. 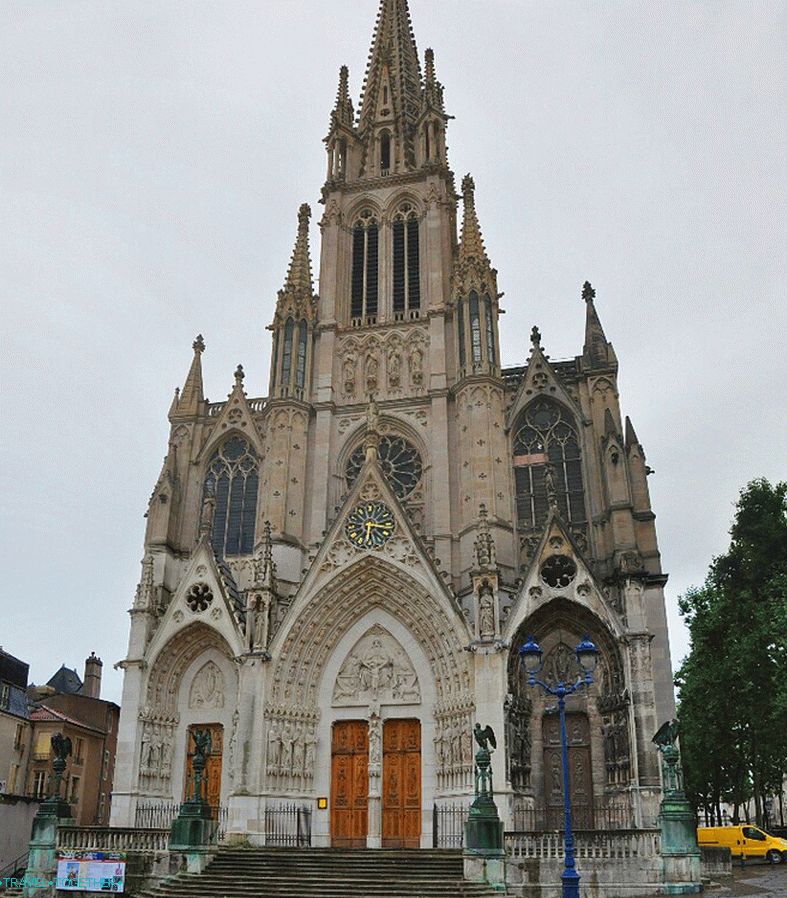 Saint-Evr – neo-gothic basilica in the old town, built in the 19th century. The church has a beautiful facade and strict interior with bright stained glass windows and a rich collection of paintings. 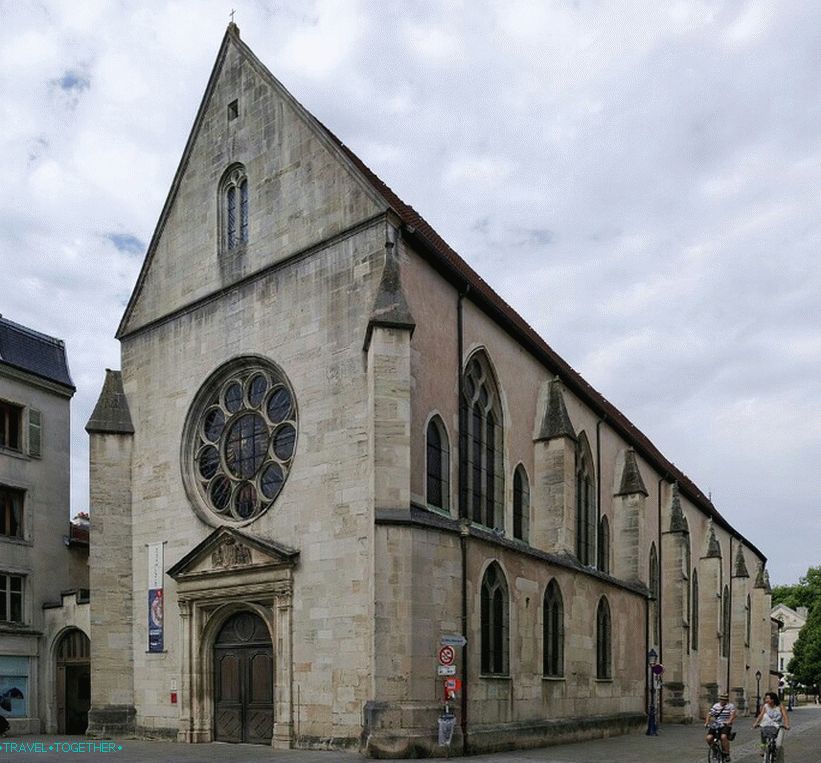 Saint-Francois de Cordelier – the medieval church of the 15th century, built by the Franciscan monks. It contains tombs Ducal House of Lorraine. Now in the walls of the church is a museum folk arts and traditions.

Later, the provincial rulers were buried in the chapel of the 17th century, built on the model of the Medici chapel in Florence. 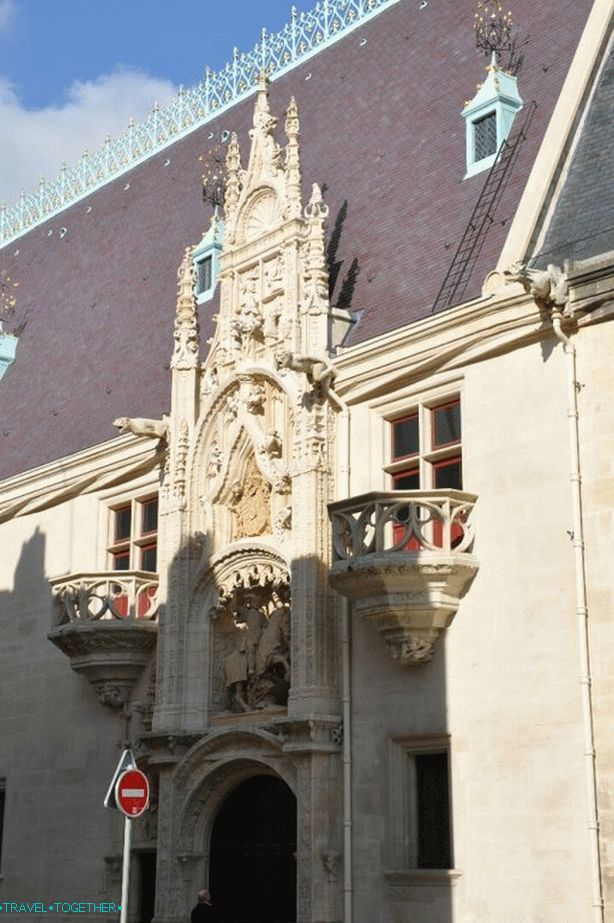 The Ducal Palace – a grand building built in the 15th century in late gothic and early renaissance style. This is one of the most famous architectural monuments of Lorraine, which was a symbol of ducal authority. Now in the palace exposed remarkable collection of art, antiquities and historical artifacts. 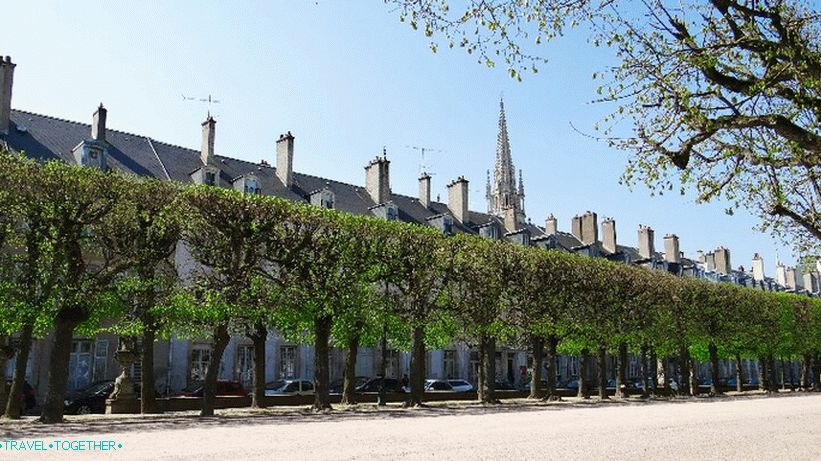 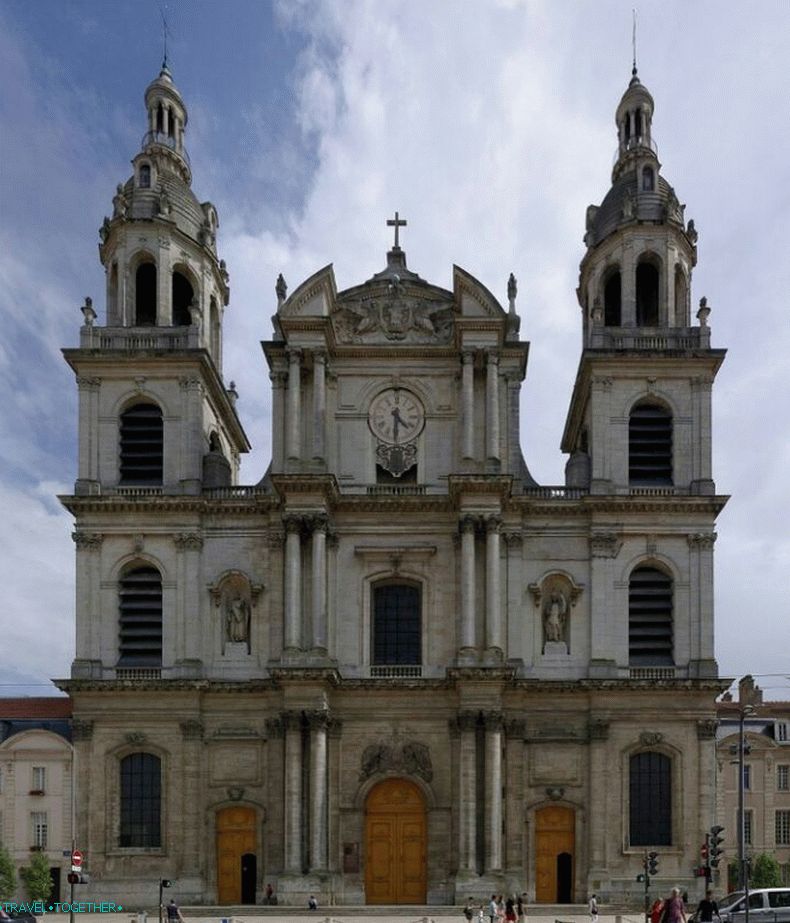 Notre-Dame-de-l’Annoncia – Cathedral of Nancy, built in the 18th century. It is a national monument of France and a masterpiece of baroque. 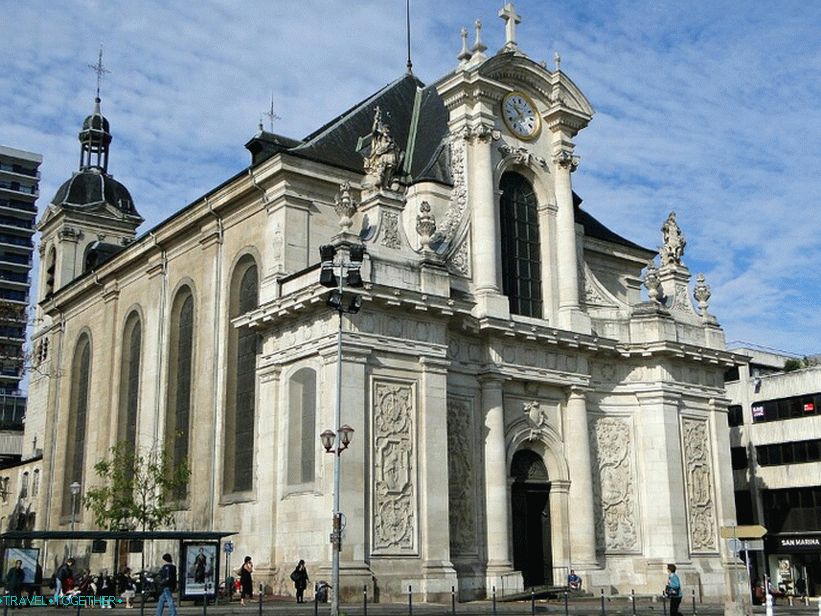 Church of sv. Sebastian – 18th century catholic church in style Baroque, built on the site of a small chapel of the early 17th century. 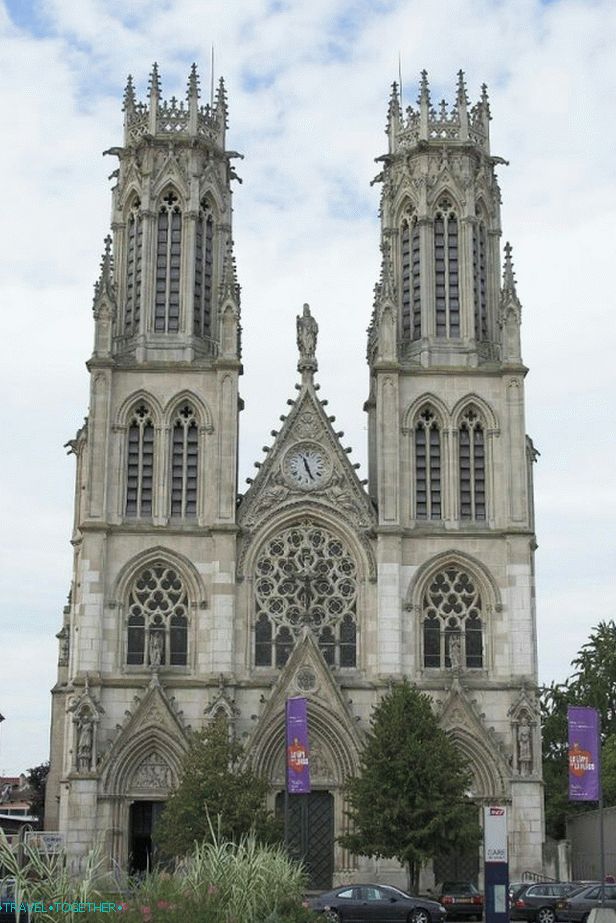 Church of sv. Leona is a beautiful neo-gothic church built in the first half of the 19th century. 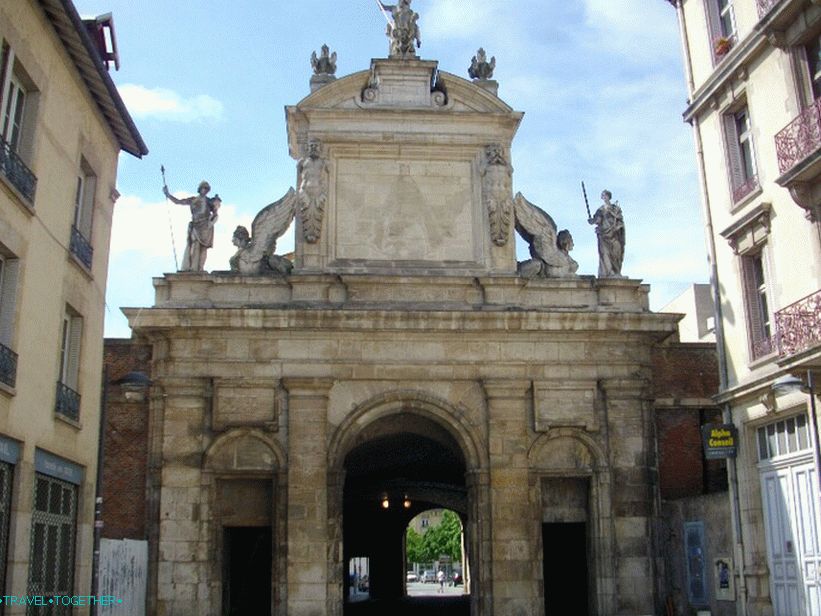 St. George’s Gate – the city gate of the early 17th century, built in the style of Renaissance architecture. Are one of the three entrances to the new city. 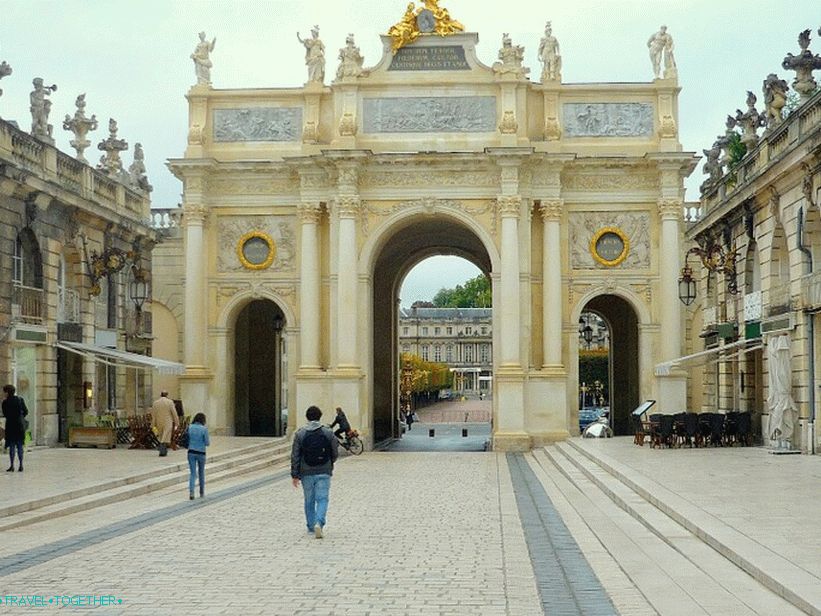 Arch Ere – a beautiful triumphal arch with sculptures and bas-reliefs, which dates from the 18th century. Built on the site of old the royal gates of the reign of Louis XIV.

Nancy on the map of France