Namur (Belgium) – the most detailed information about the city with photos. The main attractions of Namur with a description, guides and cards.

Namur is a city in Central Belgium in the Wallonia region. Is an the capital of the province of the same name, as well as major transport, educational and cultural center. Namur – a city with rich history and magnificent architectural heritage including monuments of different periods. Thanks to favorable strategic position the city has played an important role since the Roman since the middle of all its history most of the military conflicts that took place in this part Europe.

Namur is located southeast of Brussels at the confluence Sambra River in the Meuse. The city has a temperate maritime climate with cool summers and mild winters. Weather in Namur (as in most parts of Belgium) is very changeable. The rain can start here at any time. time. The wettest seasons are spring and autumn. Namur was an important trading settlement with Celtic and Roman of times. The city continued its development in the early Middle Ages, when in the period of the Merovingians a fortress was built here at the confluence of the Sambre and Maas. At the beginning of the 10th century the county of Namur was formed. In 1262 the city was conquered by the Count of Flanders, and in 1421 was sold to the dukes of Burgundy. In the 1640s, Namur became part of the Spanish Netherlands. The old castle was rebuilt and fortified, becoming a modern Citadel. In 1692 the city was captured by the French, but already in 1713 the year of the Treaty of Utrecht was transferred to the Austrian Habsburg.

In 1794, France again captured Namur. In 1815 the city became part of the Netherlands, and after 15 years became part of Belgium. In the time of both world wars Namur’s citadel was an important military target what caused the intense fighting that inflicted heavy on the city damage. 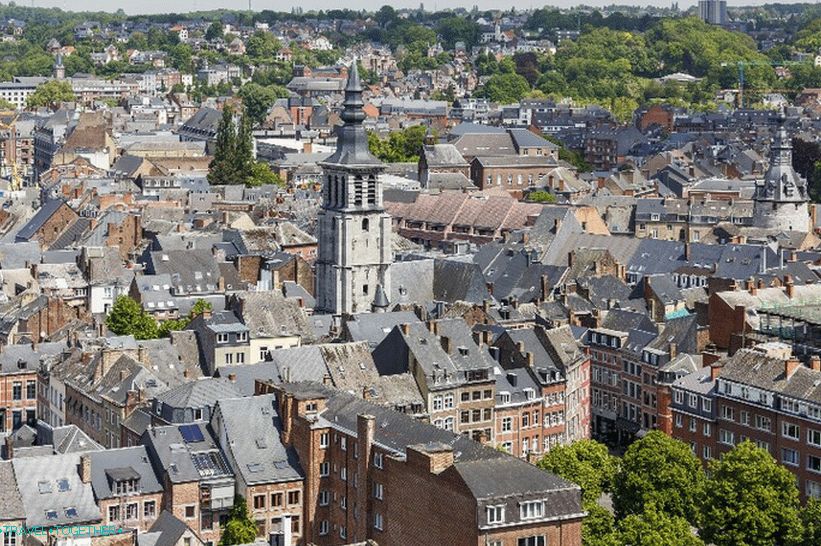 Namur has a charming old town that includes monuments of history and culture from the Middle Ages to the present day. The heart of the historic center is Pointe de Grognon – a place where the river Sambre flows into the Meuse. In this area is located The Namur Archaeological Museum, which features a collection Antiquities of the period of the ancient Romans and Franks. Not far from the museum is Place d’Armes – the busiest square in the city. On rue de Fer in the historic building of the 17th century is a museum of ancient art, including art exhibits of the Middle Ages and Renaissance.

The Citadel is an impressive fortification built on a cliff between Sambre and the Meuse. It is considered one of the most powerful fortresses of Europe. The origins of the citadel go to the Roman period. Already in the 7th century a castle was built here. In the 17th century the fortress was rebuilt as it was and acquired barracks, ramparts and underground tunnels. In the future, the Citadel was strengthened several times in accordance with more modern military and engineering trends. The Cathedral of Saint Aubin – a magnificent baroque building and classicism, built between 1751-1767 years on the site of the church 11th century. The tower of the former Romanesque church was rebuilt at 13 century. On the right is the Diocesan Museum with a treasury, which holds valuable religious artifacts.

Interestingly, the Cathedral of St. Aubin is the only cathedral in Belgium in late baroque style. The Church of Saint Joseph is a vibrant baroque church, built in the 17th century by the Carmelites. Church of Saint-Jean-Baptiste – Parish Catholic Church in the style Gothic architecture, founded in the 13th century. 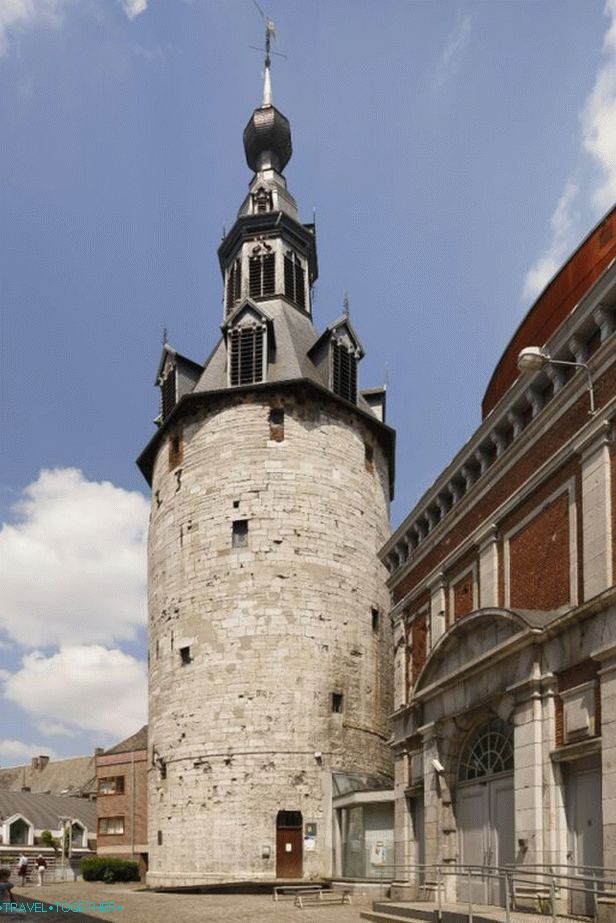 The bell tower is a round tower built in Namur in 1388. Originally called the tower of St. James and was part of city ​​walls. The bell tower acquired a modern look in the 16th century. AT In 1999 this building was included in the list of World UNESCO heritage. 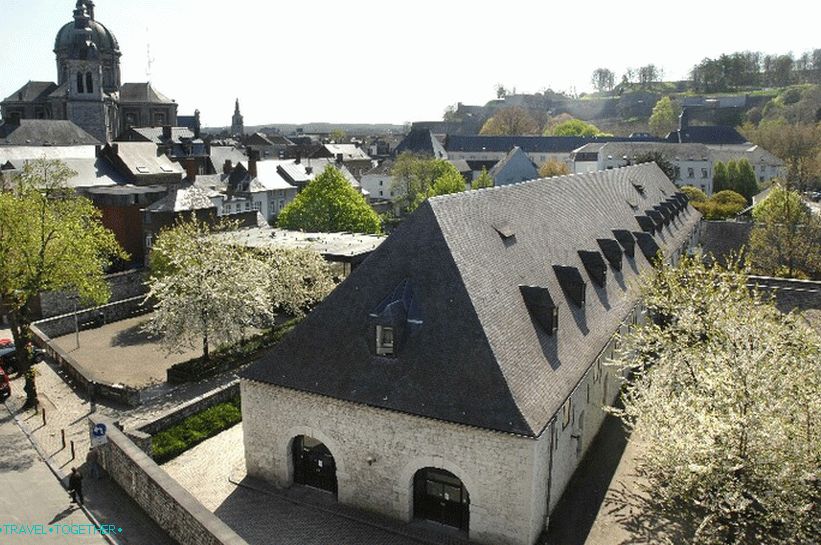 Arsenal – a historic building built by the famous French military engineer Vauban between 1692 and 1693. The church of Saint-Loup is a Jesuit church built between 1621 and 1645 years. It is considered the pearl of the Belgian baroque. What to see around Namur

In the vicinity of Namur there are several charming old towns and villages, as well as beautiful castles.

Namur on a map of Belgium