Meissen, Germany: the most detailed information about the city of Meissen, main attractions with photo and description, location on map.

Meissen is a small town in East Germany located on the Elbe a couple dozen kilometers northwest Dresden. This is one of the oldest cities in Saxony, which is known its porcelain, by the way the first and oldest in Europe. Also meissen in The Middle Ages was the residence of the bishop and the Saxon princes, which left the city a rich historical heritage in the form of a grandiose cathedral and castle.

Meissen is located 25 km from Dresden and 75 km from Leipzig. The climate is temperate with little sea influence. Warm summer, winter cool with slight frosts. For the year falls about 600 mm. 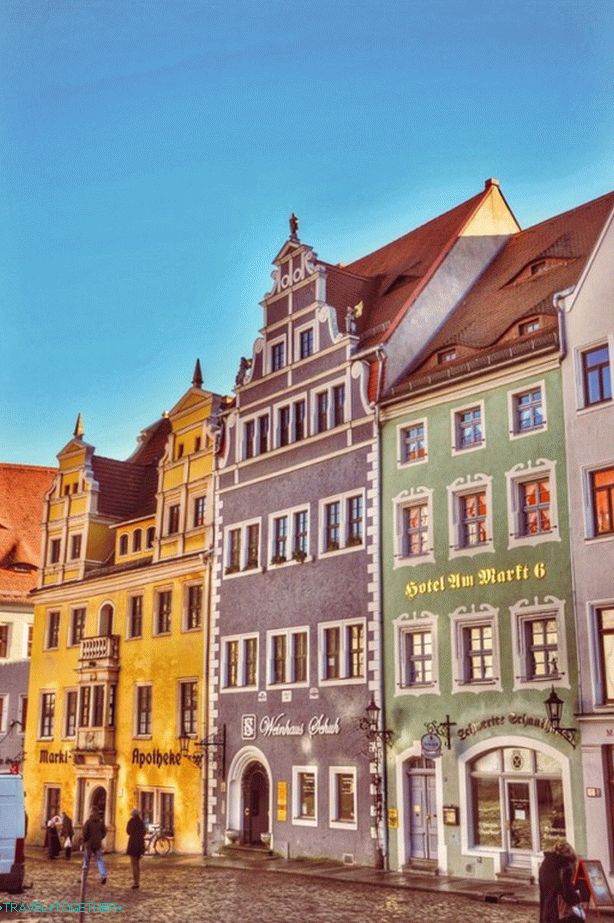 Meissen was founded in the 12th century. In 1332 he received the city the rights. The city originated from the ancient castle of the 10th century, founded by the king Heinrich, nicknamed Birdies. First there was a market, then merchants began to settle. The first city fortifications became built in the 12th century. The city is rich in trade thanks to convenient location between Leipzig and Prague. 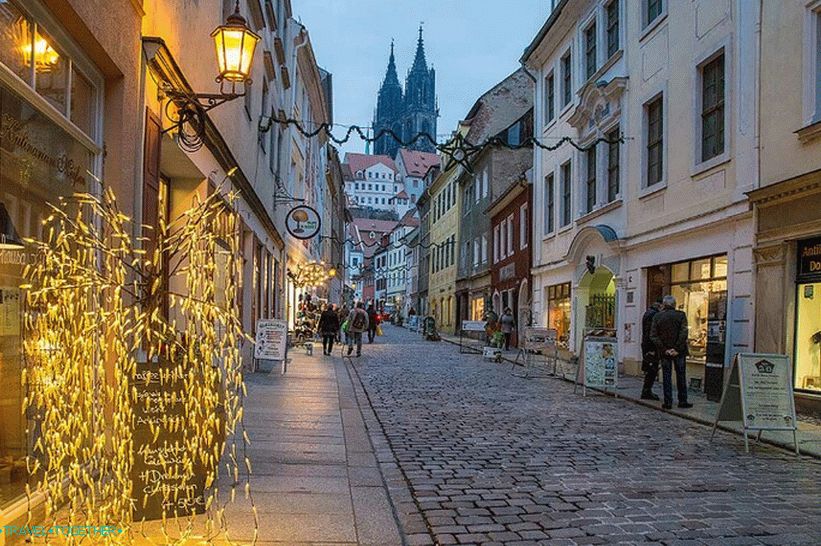 On the streets of Meissen 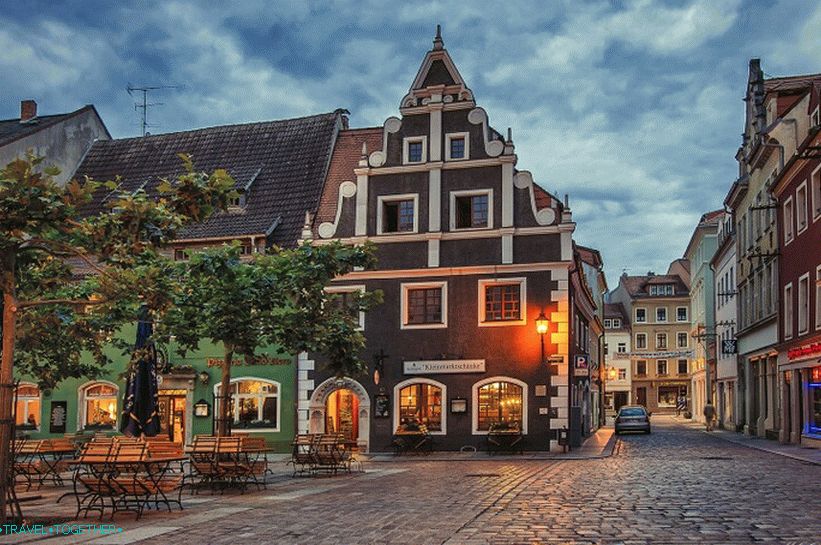 On the streets of old cities

After the Thirty Years’ War, trade and production value the city fell. Open manufactory for the production of porcelain gave Meissen new life. World Wars went around the historical and cultural the legacy of the city side, although in 2002 it was damaged by a strong flood. 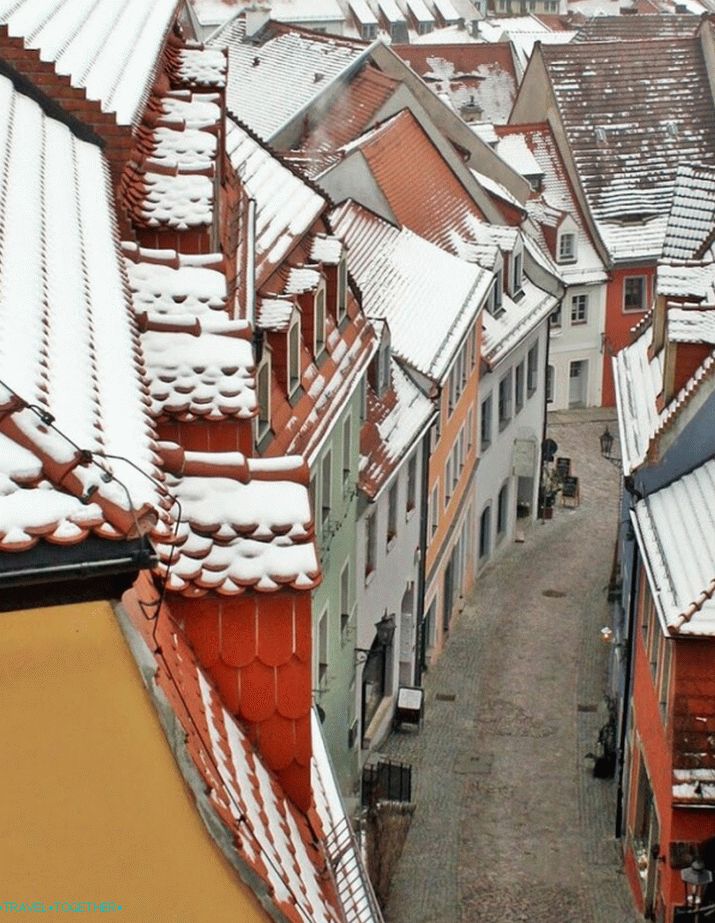 The nearest airport is located in Dresden. Also relatively Leipzig Airport is located nearby. Every 30 minutes from Dresden There are trains to Meissen. The old town is small and very compact. It is convenient to study on foot. The only thing – the rise in the castle Albrechtsburg is pretty cool. 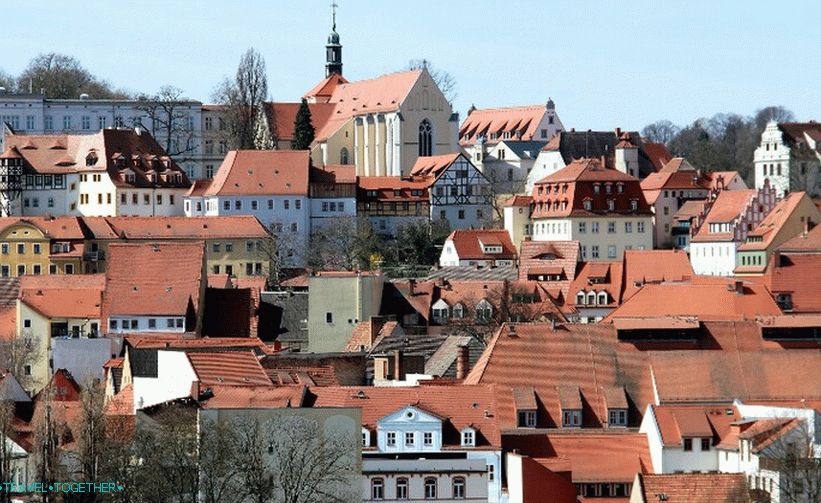 The most iconic sights of Meissen. 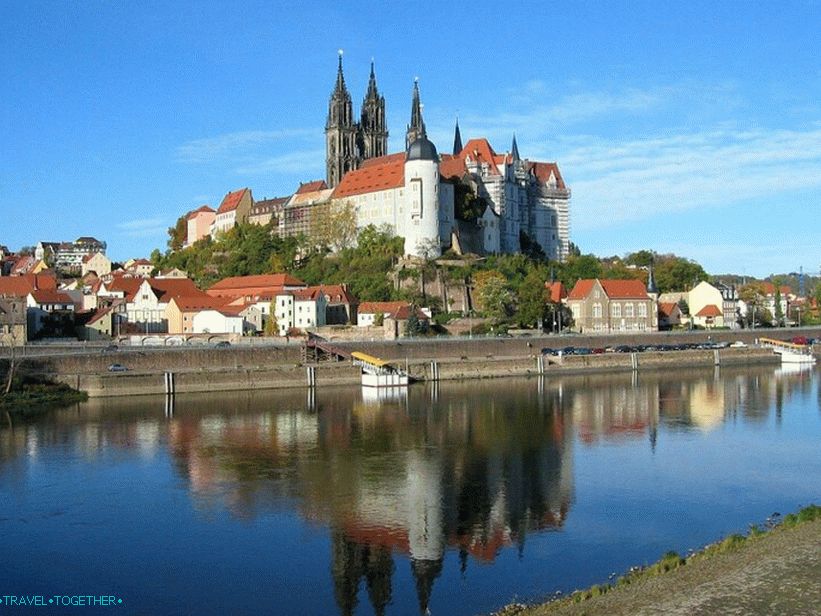 Albrechtsburg is the symbol of Meissen, the first castle is the palace of Germany and raisin late gothic style. This monument of history and culture preserved in very good condition and numerous exposures tell you about the history and culture of Saxony. First lock on this the place originated in the 10th century under Heinrich the Birdman. Current look received in the 15th century after the transfer of the residence of Saxon princes here. Although in This status did not last long. After the Thirty Years War Albrechtsburg was empty. 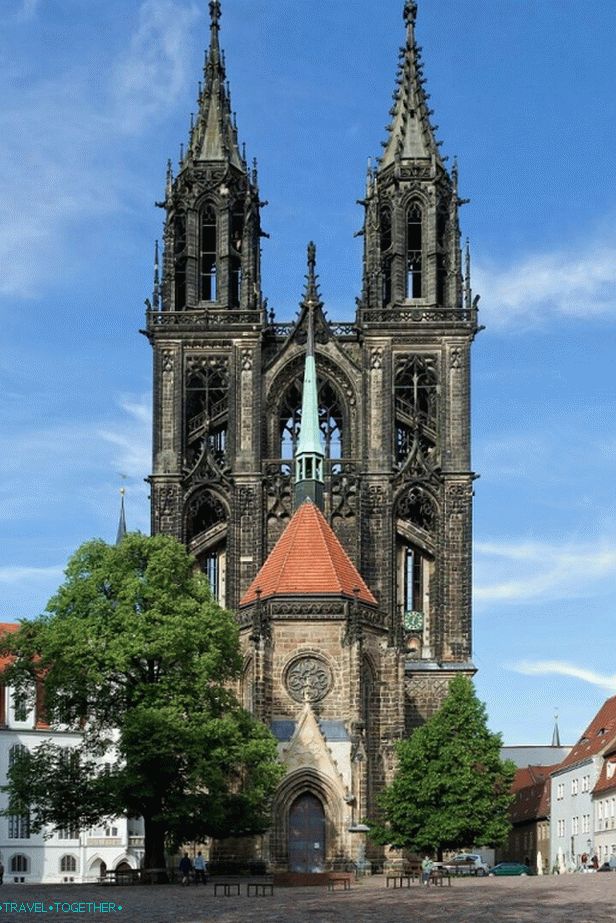 Meissensky Cathedral – the cathedral and a masterpiece of the Gothic. it religious building is part of the architectural complex Albrechtsburg and is located on a high hill above the Elbe. Church is one of the most beautiful gothic sacral monuments Germany and has a rich interior. First basilica on this The place originated in the 10th century. The current appearance of the cathedral received in the 13-14 century. 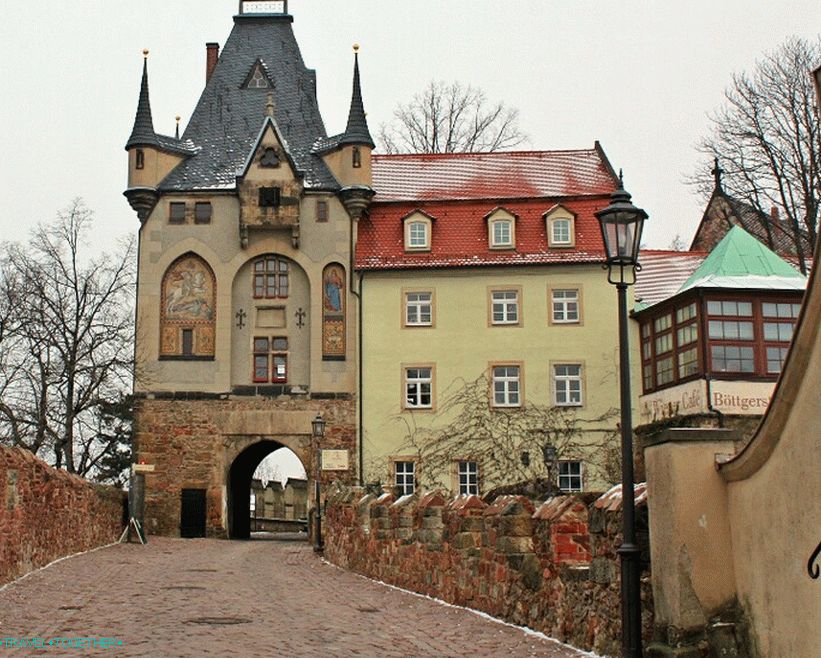 Medieval gates of Torhaus provided access to the castle Albrechtsburg. 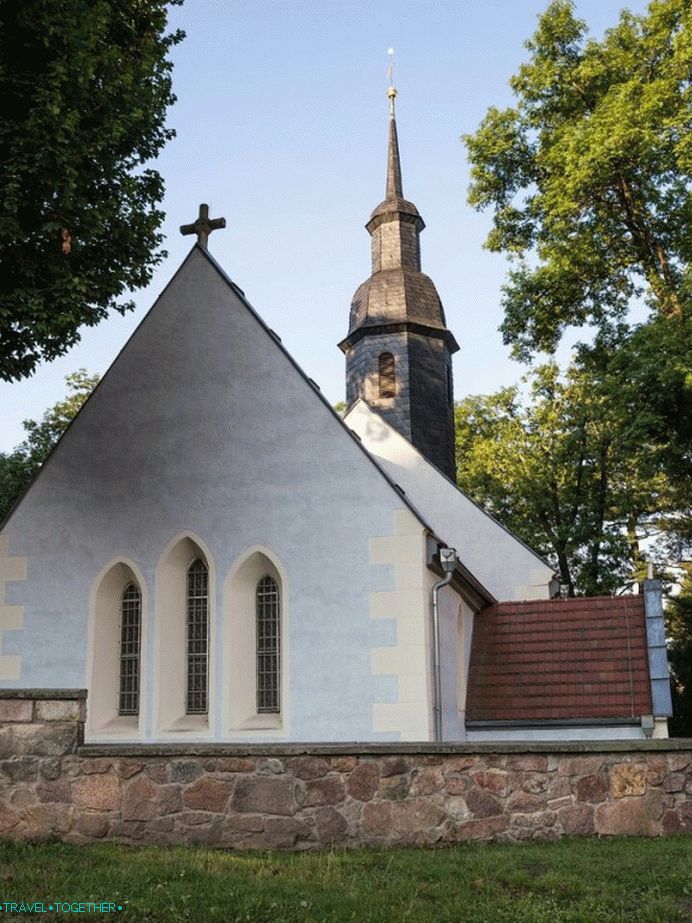 Church of sv. Nicholas – a small old church, which mentioned from the 13th century. Church of sv. Afra – early gothic church of the 15th century with a beautiful interior and carved altar.

Meissen on a map of Germany