Mechelen (Belgium) – the most detailed information about the city with photos. The main attractions of Mechelen with a description, guides and cards.

Mechelen is a city in Belgium in the province of Antwerp. Known ancient Flemish architecture, magnificent sacral monuments and a unique school of carillons. Mechelen is one of most important historical cities of Flanders, which from 1506 to 1530 the years was the capital of the Netherlands

Mechelen is located in the northern part of Belgium, halfway between Antwerp and Brussels. The city was built in the marshy localities on the river Dale, therefore it is often called Dijlestad (“City on Dale”). Mechelen has a temperate maritime climate with cool summers and mild winters. 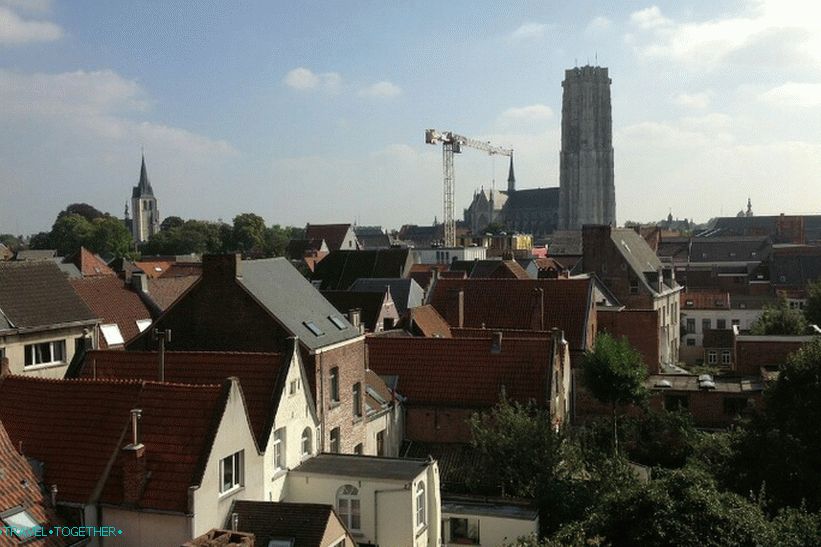 The settlement on the site of modern Mechelen originated in the Roman period. In the 4th century, it fell into disrepair. Then settled here Germanic tribes converts to St.. Rumbold First written references to Mechelen date back to 1008. In the 14th century the city became part of the possessions of the Burgundian dukes. Late period The Middle Ages is considered the heyday of Mechelen. The city is famous making laces and tapestries, as well as wood carving. AT In the first half of the 16th century, Mechelen was the capital for several decades. Spanish Netherlands. 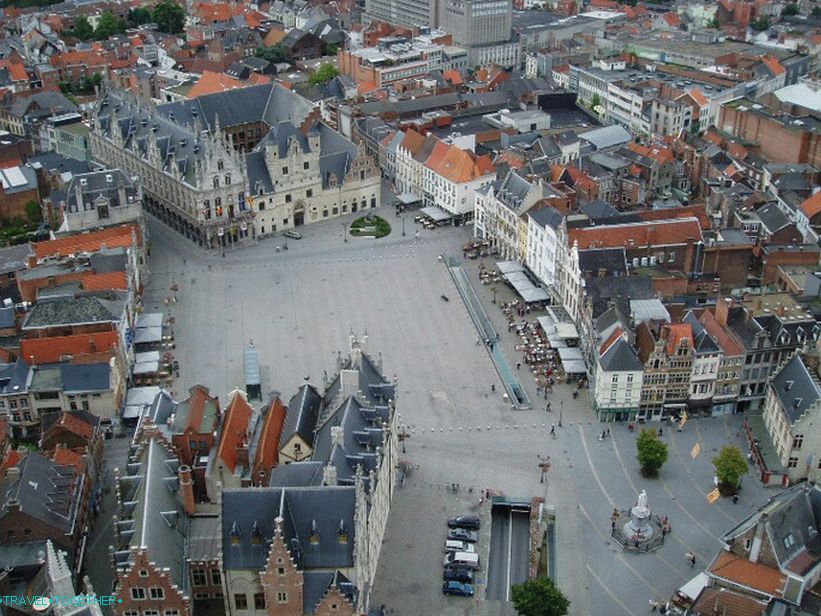 With the rise of Brussels, the importance of the city began to fall. Actually from the second half of the 16th century, Mechelen is in the shadow of the capital Belgium Although throughout its further history the city remained the most important religious center. In 1572 during Eighty years of war Mechelen was ransacked and burned by the Spaniards. In the 19th century, industry developed here. In 1835 was the railway Mechelen-Brussels, which was the first in continental europe.

Mechelen is easily accessible by train or bus from Antwerp and Brussels. 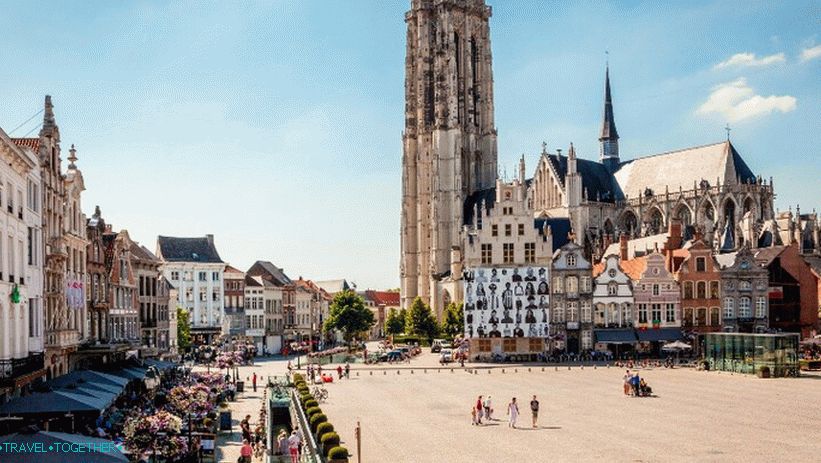 Grote Markt – a large square in the heart of the historic center Mechelen and one of the most beautiful historical squares throughout Belgium This vast urban space has a magnificent architecture 16 – 18 centuries from the Renaissance to the Rococo. The most Notable buildings on the Grote Markt are medieval Town Hall and the huge Gothic Cathedral of St. Rumbold. 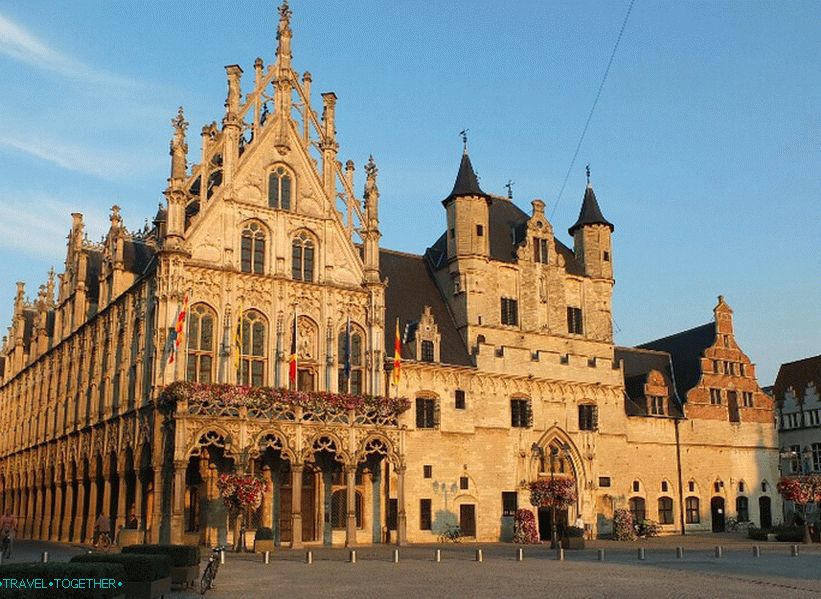 The Town Hall is a masterpiece of medieval Gothic architecture. it The historic building dates back to the 14th century and is one of the first similar structures on the territory of Belgium. Town Hall consists of two parts: the palace of the Great Council and the cloth hall with unfinished belfry.

The belfry of the town hall and the bell tower of the Cathedral of St. Rumbold are included in list of World Heritage sites. 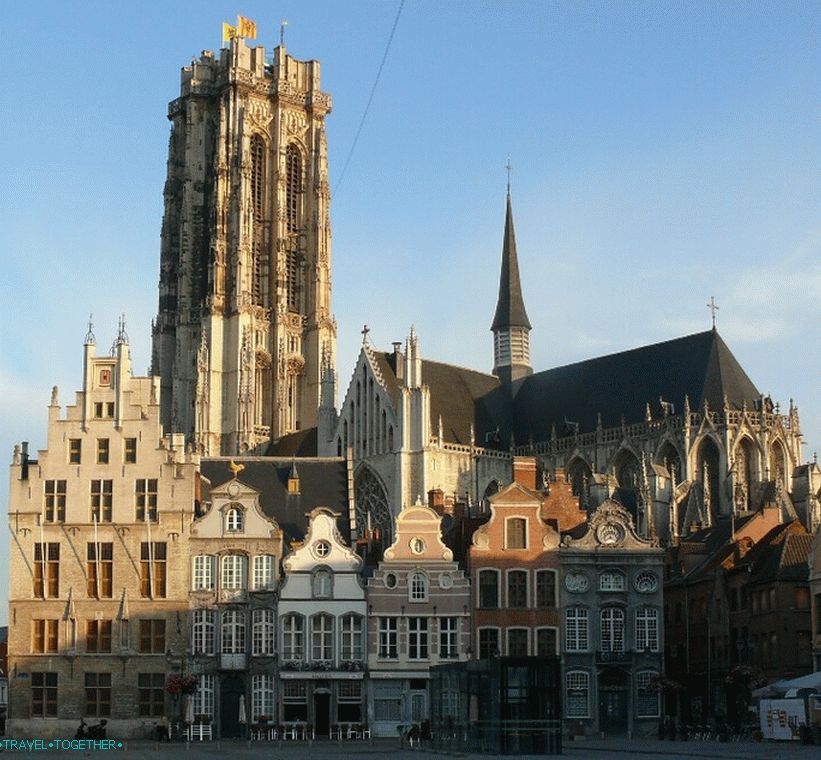 St. Rumbold’s Cathedral – a grand sacred Gothic monument and the largest church of Mechelen. The cathedral was founded in the 13th century. and has a strict gothic interior that was significantly damaged during the Church Reformation. Most noteworthy architecture feature is gorgeous gothic bell tower with a height of 97 meters, which you can climb, breaking 500 steps. Among the famous works of art stand out: carved wooden pulpit from 1723, painted triptychs dating from the end of the 15th and the beginning of the 16th century, as well as the image of “Our Lady miracles of the 16th century. 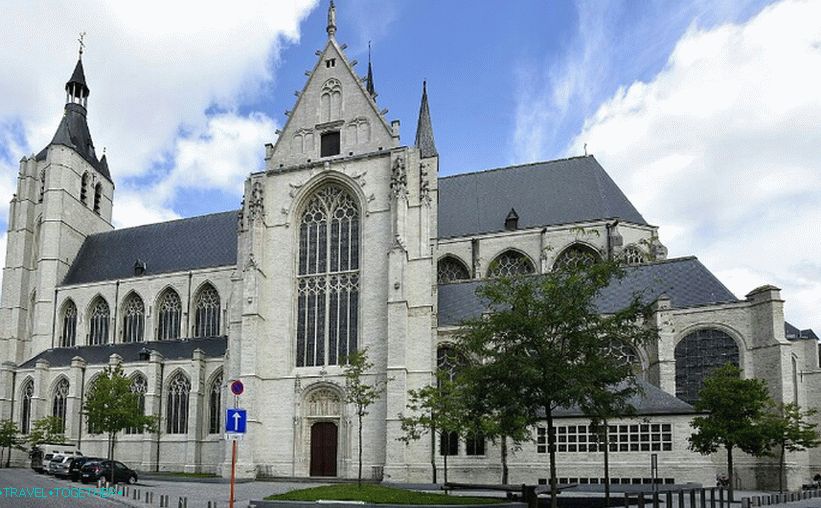 Church of Our Lady of Dale (Onze-Lieve-Vrouw-Over-De-Dijlekerk) – beautiful religious Brabant gothic building. The first church parish on this place originated in 1236. In 1342 the ancient church was destroyed by fire. The current building began to be built in the 14th century and finished in the 16th century.

The church tower has a height of 72 meters. 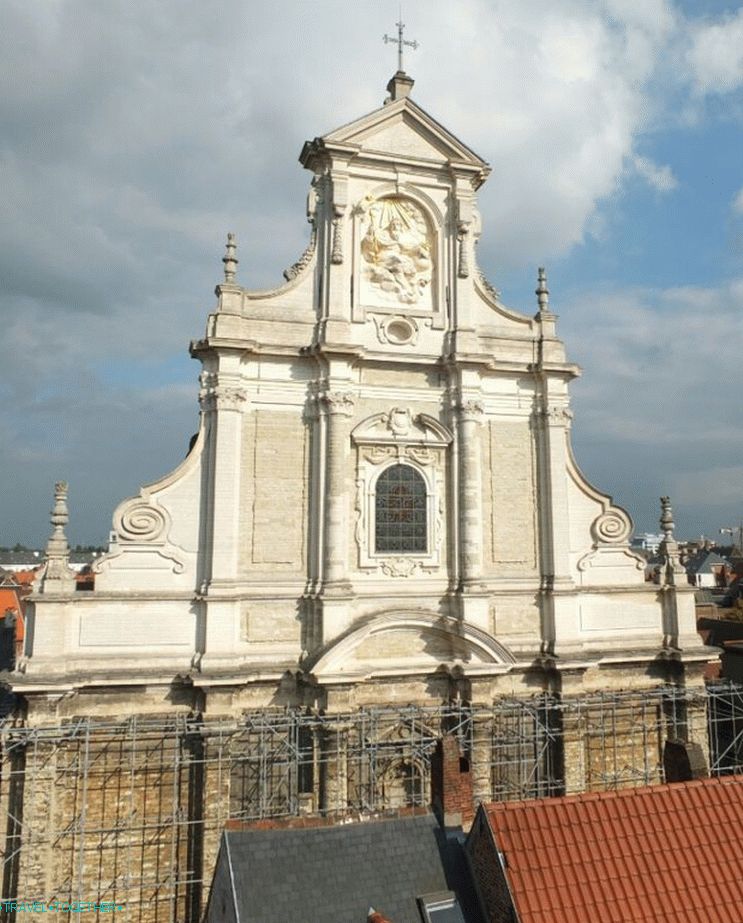 The Beginage Church is an interesting religious building of the order. dressers with a facade in the style of Italian Baroque, which dates from 17th century. 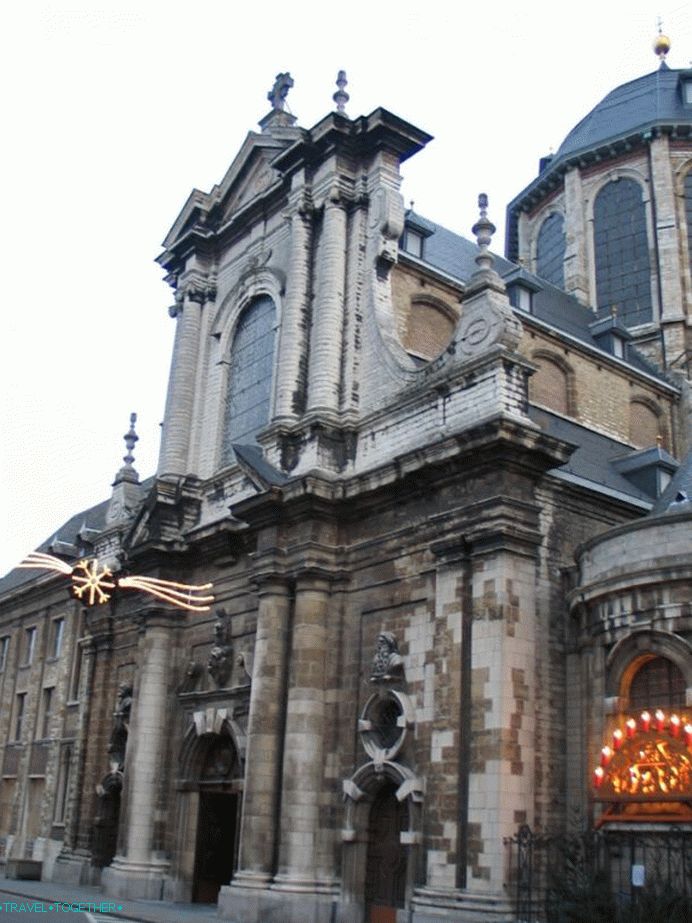 Basilica of Our Lady Hansewyk (Onze-Lieve-Vrouw-Van-Hanswijkbasiliek) – pilgrimage church in Baroque style, which is one of the first domed churches in Western Europe. 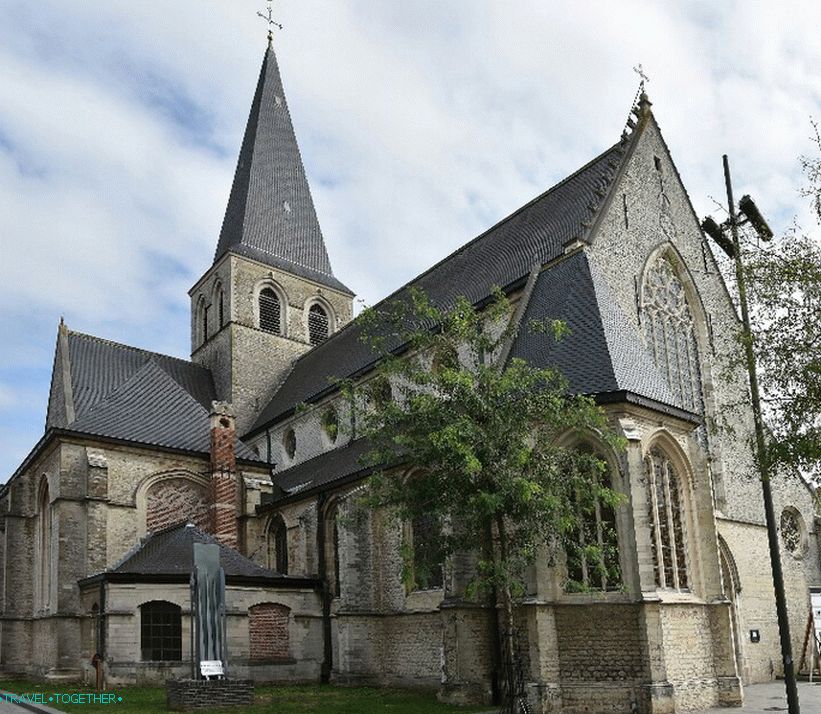 Church of St. Catherine – a simple gothic religious building built in the 14th century. The church is located in an area where poor people and artisans lived in the Middle Ages, therefore it has modest interior and relatively small size. 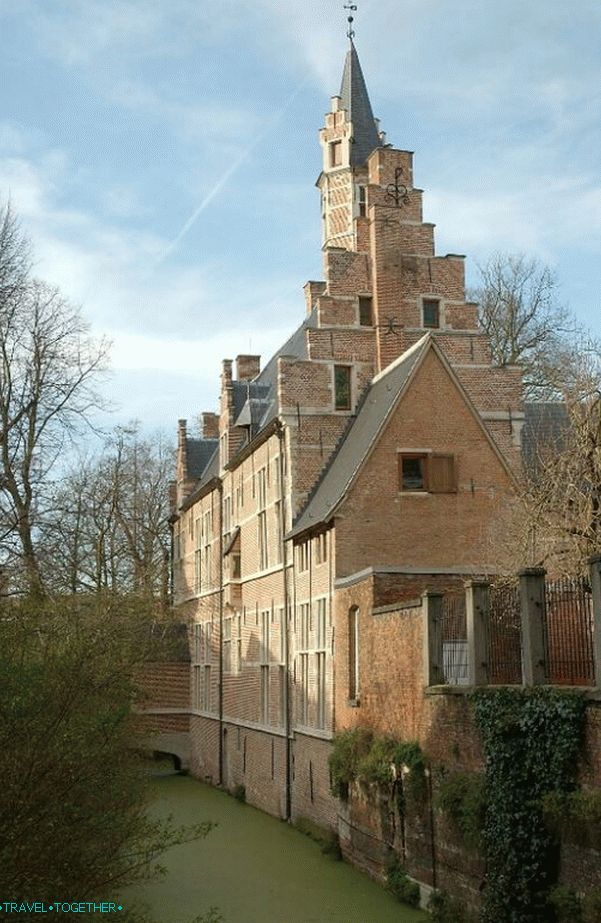 The refuge of Sint-Truiden Abbey is a historic building that is part of the archbishops palace. Asylum was founded at 16 century by Benedictine monks. 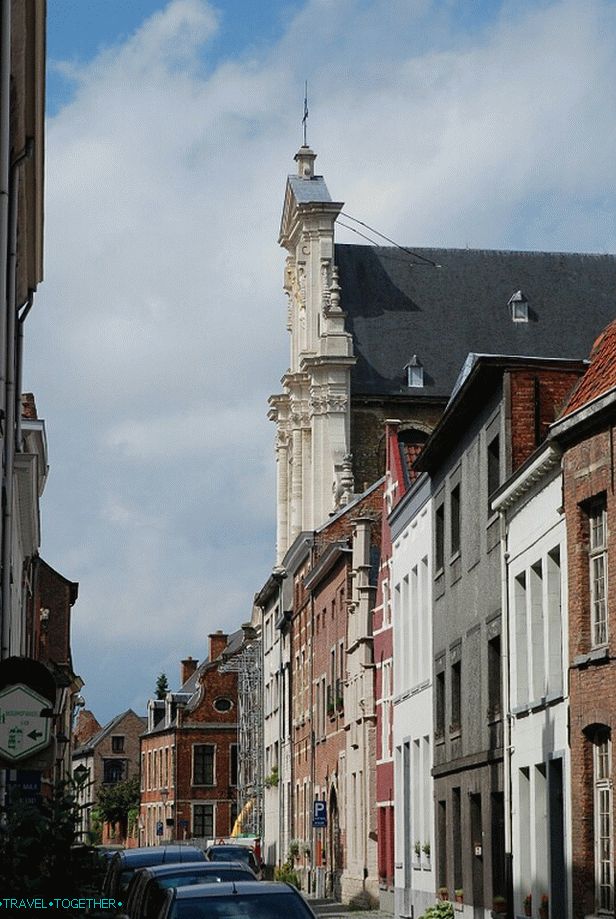 The Great Beguin is a historic district in Mechelen, founded in the 16th century by the order of beuxies. It is a maze charming cozy streets and small old cottages. Beguinism is like a small city in a city with its own bakery, brewery, nursing home, church and pasture. 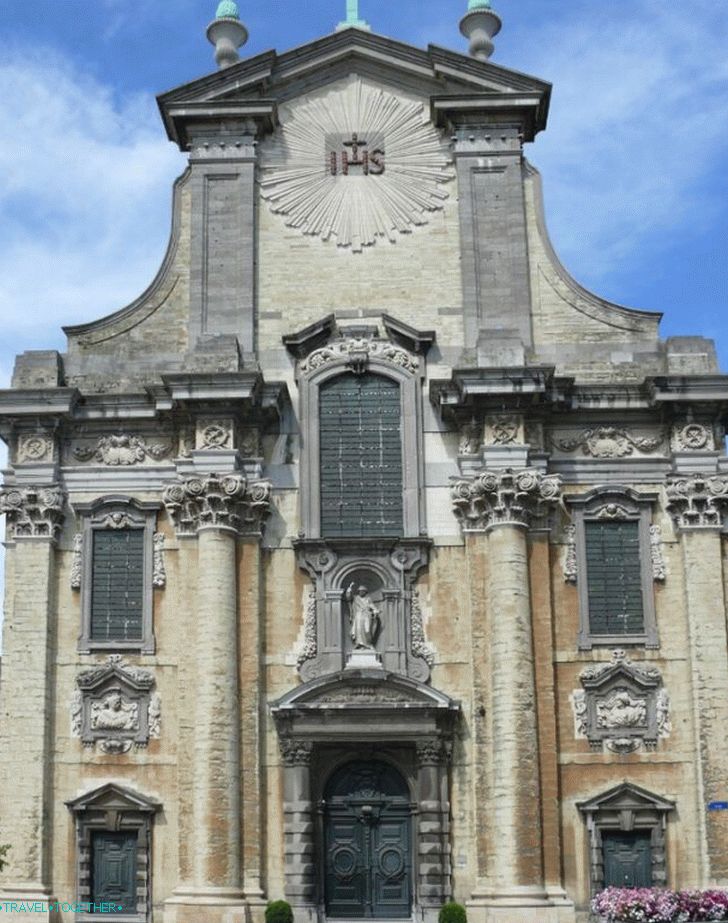 Church of sv. Petra and paul

Church of sv. Peter and Paul – harmonious baroque church, built by the Jesuits. 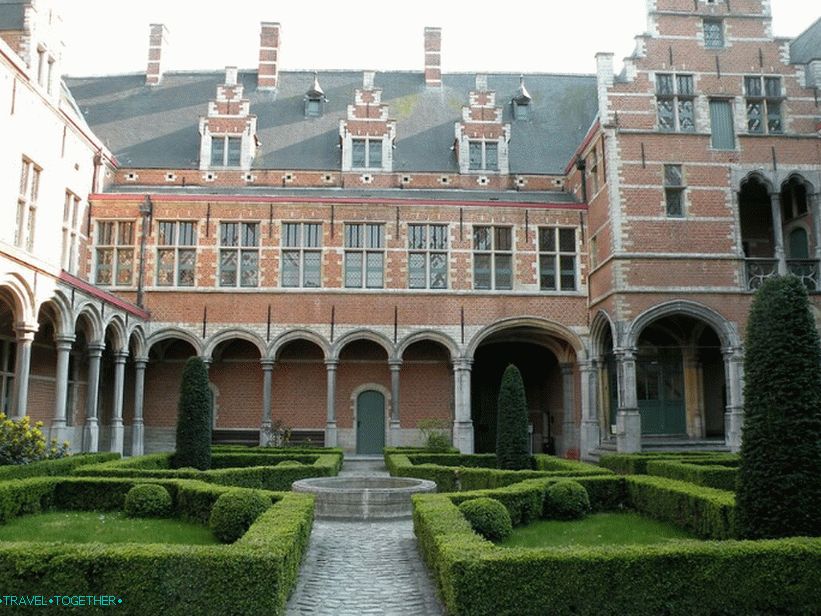 Palace of Margaret (Margaret) of Austria – the first building of the era Renaissance in Belgium, built between 1507 and 1530 for years. This residential palace with a beautiful facade and a charming garden belonged to the daughter of Emperor Maximilian I and Mary of Burgundy Margarita, shtantalteru (governor) of the Spanish The Netherlands.

Mechelen on a map of Belgium