Lund (Sweden) – the most detailed information about the city with photos. Lund’s main attractions with a description, guides and cards.

Lund is one of the oldest and most beautiful cities in Sweden, founded in the 10th century. Located in the south of the country in Lena Skone, 20 km from Malmo. Lund is a charming old town that The Middle Ages was the residence of the archbishop. Here is located magnificent cathedral that is a masterpiece Romanesque style. Also Lund is known for its university, which It was founded in 1666 and is second only to academic institution in Uppsala.

Lund is located in the largest agricultural region of Sweden in the south-west of Lena Skåne at a distance of 10 km from the Öresund strait. The city lies on the slope of a small hill that rises north to 86 meters above sea level. Climate – temperate marine with warm summer and mild winter. 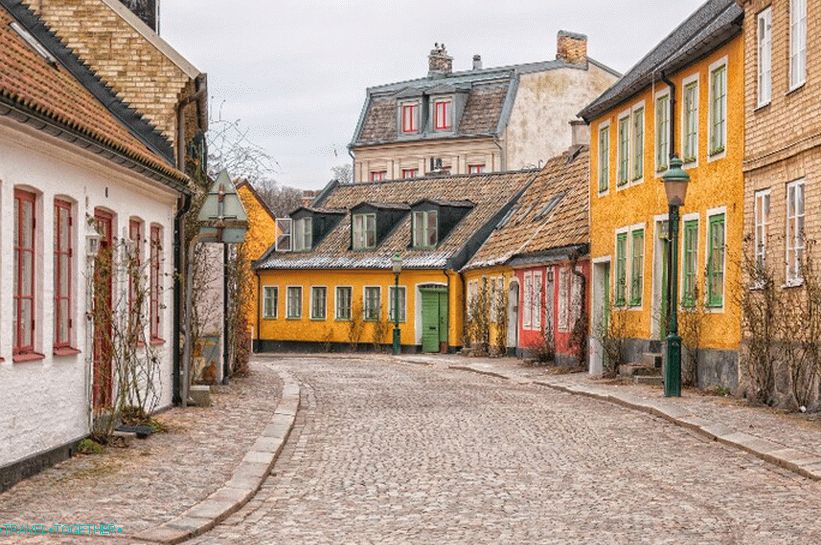 Lund is often referred to as the oldest city in Sweden. Although city ​​status, he received only three hundred years ago. Lund himself so ancient that the exact date of its occurrence is not known. It is believed that the first settlement originated in the late Viking Age over a thousand years ago. Lund was founded by the Danes and belonged Danish kingdom almost all the Middle Ages.

At the beginning of the 12th century, the city became the residence of the archbishop, whose power spread to the whole of Scandinavia. Also during this period was founded the cathedral. Lund was transferred to Sweden in 1658 within the Roskilde world. In 1666 there was founded the university. In the future throughout its history and to of our time Lund was a small city whose whole life centered around the university and the cathedral. Lund has a gorgeous old town that has preserved original medieval layout and several monuments architecture of the Middle Ages. Most buildings are historic The center was built between the 18th and 19th centuries, although old streets can be found much more ancient houses. Most Lund’s famous attraction is of course Cathedral.

Lund Historical Museum – the second largest archaeological Sweden Museum. Here are the finds of stone and bronze. century, as well as many objects of the Middle Ages.

The main town square is Stortorget, on which there is a town hall and numerous shops. On the square Mårtenstorget, located a little southeast of Stortorget, in daytime running market. In the past, the area was used as a market for cattle and was known as Oxtorget. Lund Cathedral is considered the greatest example of the Romanesque architecture in Sweden. It was founded 9 centuries ago and has been preserved. almost in original condition. Lund Cathedral is one of most popular religious buildings of Scandinavia. Its annually visited by about 700,000 tourists.

The most remarkable features of the cathedral: the magnificent gilded gothic altar of the 14th century, sculptures and 12th century columns, 14th century astronomical clock, and many others historical artifacts.

Interestingly, the cathedral is not the oldest church in Lund. In the 80s of the 20th century during the excavations of the ruins of the Drotten church of the 11th century, destroyed during the Reformation, remains were found even more Old Christian building of the 10th century. All finds are on display. underground museum. 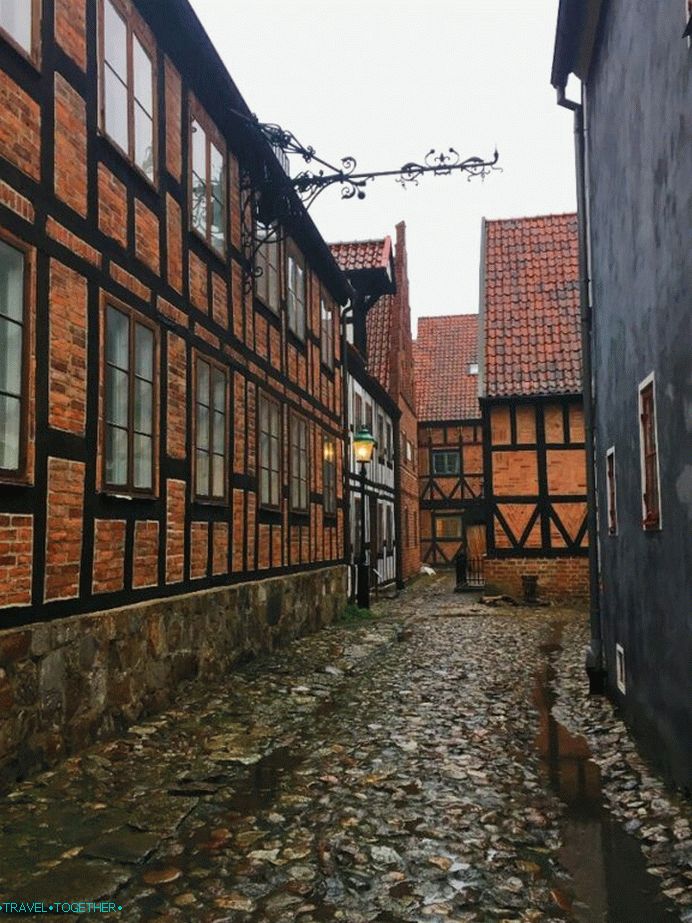 Kulturen is a charming open-air museum. sky with a great historical atmosphere. Presented here numerous historic buildings that demonstrate life in Lund from the Middle Ages to the beginning of the 20th century. Kungshusse or King’s House – a historic building built the Danish king Frederick II between 1578 and 1584 as episcopal residence. After Lund became part of Sweden, Kungshusse was transferred to the university.

University of Lund is considered one of the oldest and most prestigious educational institutions of Europe. Its origins date back to the 15th century, although the official foundation date is 1666. In the past The university occupied Kungshusse. Now its main building located in a beautiful neoclassical building of the late 19th century.

Between the university and the cathedral is the Lundagård Park, which in the Middle Ages it was a city block surrounded by walls. Walls demolished in 1840. A popular place to walk is also City Park – the largest green massif of Lund, based in early 20th century. All Saints Church – a monumental neo-gothic religious construction with a 72-meter tower, built in the late 19th century. The interior of the church contains many decorations, but the most interesting A special feature are the beautiful stained glass windows in the choir, made in Innsbruck. Church of the Holy Cross in Dalby

The Church of the Holy Cross in Dalby is considered the oldest stone Scandinavian church, which has been preserved to this day. She was built in 1060 and was once the residence of the archbishop (until his move to Lund). The most exciting work of art in This ancient Romanesque building is the baptismal font dating from 11th century and carved from sandstone.

Lund on the map of Sweden