Lugano (Switzerland) – the most detailed information about the city with photos. The main attractions of Lugano with a description, guides and cards.

Lugano is a town in southern Switzerland and Ticino. Located on the shores of the lake of the same name to the south of the Alpine foothills Lugano is a city with an Italian character and the third largest financial center of the country, which is famous for its parks and villas, flower beds and embankments.

Lugano is located in the northern point of the lake of the same name near from the border with Italy. The city is surrounded on all sides by mountains. Most significant of them: Monte San Salvatore (909 m), Monte Bré (930 m) and Monte Genero (1695 m). Lugano’s climate is temperate. Summer quite warm and rainy, and winter is mild. 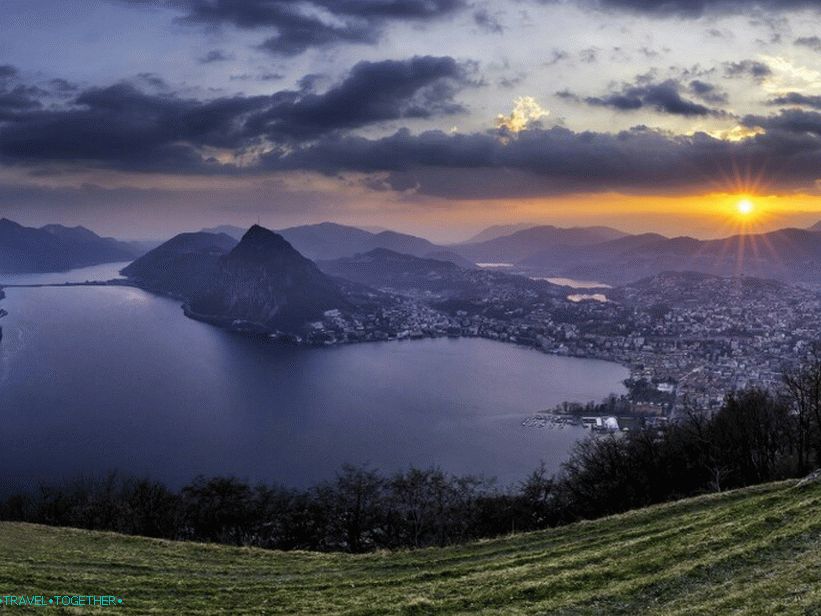 The environs of Lugano were settled in the Stone Age. IN 1 century BC these lands were conquered by the Romans, who founded the city of Biojio here. The first written mention of Lugano Dated 724 year. By the 10th century, the settlement had grown into a commercial city. 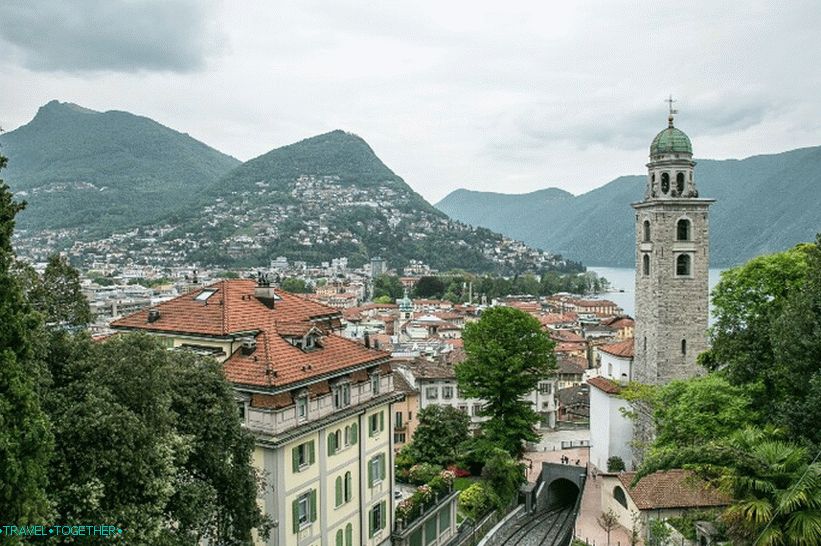 In the 14th and 15th centuries, Lugano was one of the arenas of the Guelph confrontation and Ghibellines. In 1434 the city became owned by Milan. In 1512 Lugano became part of the Swiss Union (it is noteworthy that it was not the status of the canton). Canton Ticino was formed only in 1803 year

Lugano has a small international airport with destinations in Italy, England, France and Germany. The most comfortable from the large international airport – Milan Malpensa. Lugano easily accessible by train from Milan, Geneva, Zurich and Basel. Also the city is in close proximity to the European Route E-35 Amsterdam – Rome. 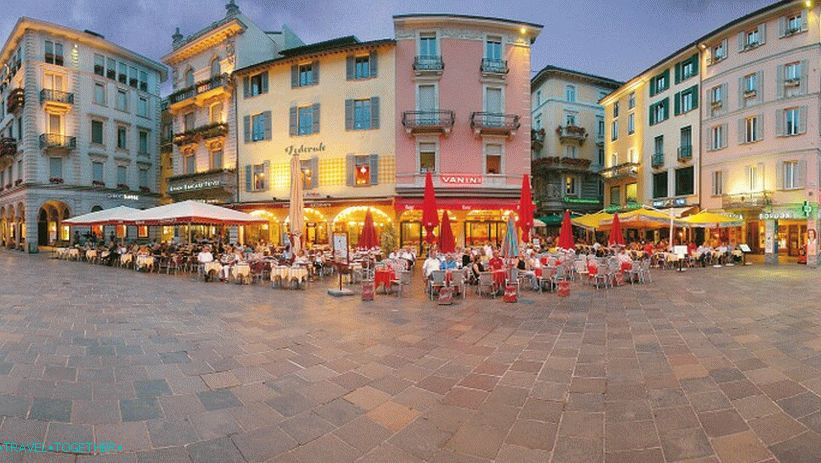 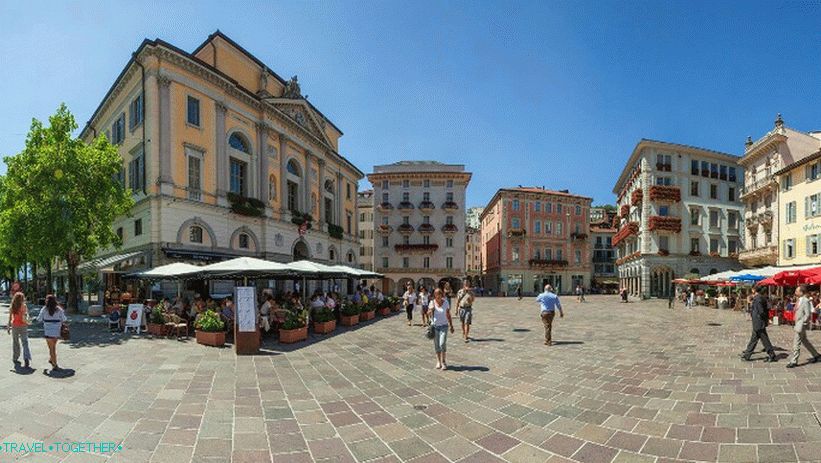 The historic center of Lugano (Centro Storico) is real “Little Italy” with elegant palazzo, charming piazza and Renaissance and Baroque churches. The main square of Lugano – Piazza Riforma, surrounded by traditional Italian houses. In the southern part there is a town hall in the style neoclassicism, as well as a tourist office. Evening and weekend days this area becomes a real center of attraction.

On a small Piazzale Ex Scuole every Tuesday and Friday by In the morning there is a farmers market. On the Piazza Cioccaro can look at the beautiful arcade palace of the 18th century.

One of the main streets of Lugano is via Nassa, which located one block from the waterfront. The street is famous for its historical arcades that date back to the 17th century and are now in them There are many shops.

Be sure to make a promenade along the beautiful promenade. Lugano. In Società Navigazione del Lago di Lugano you can choose cruise on the lake. To the east of the city center is a charming Parco Civico Park. 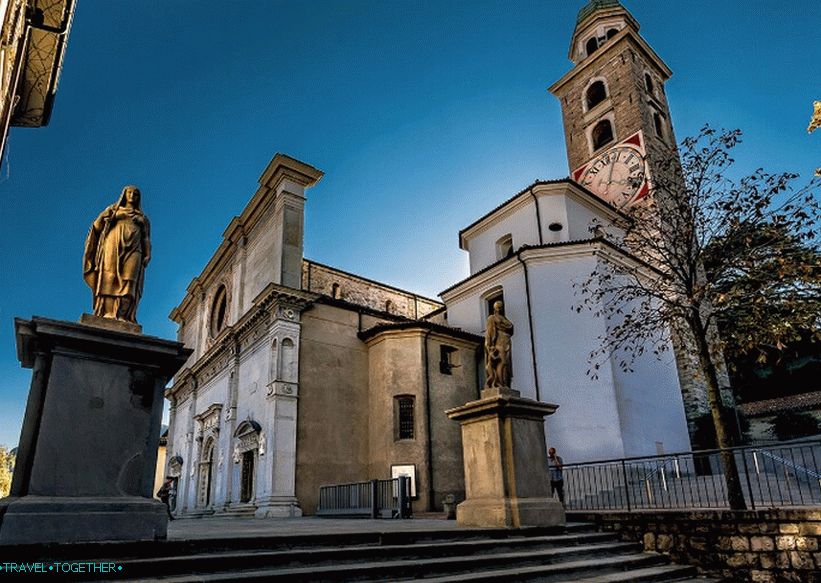 Cathedral of San Lorenzo – a wonderful church of the 16th century in the Renaissance style, built of white limestone and Carrara marble. The cathedral was built on the site of an earlier Romanesque church. 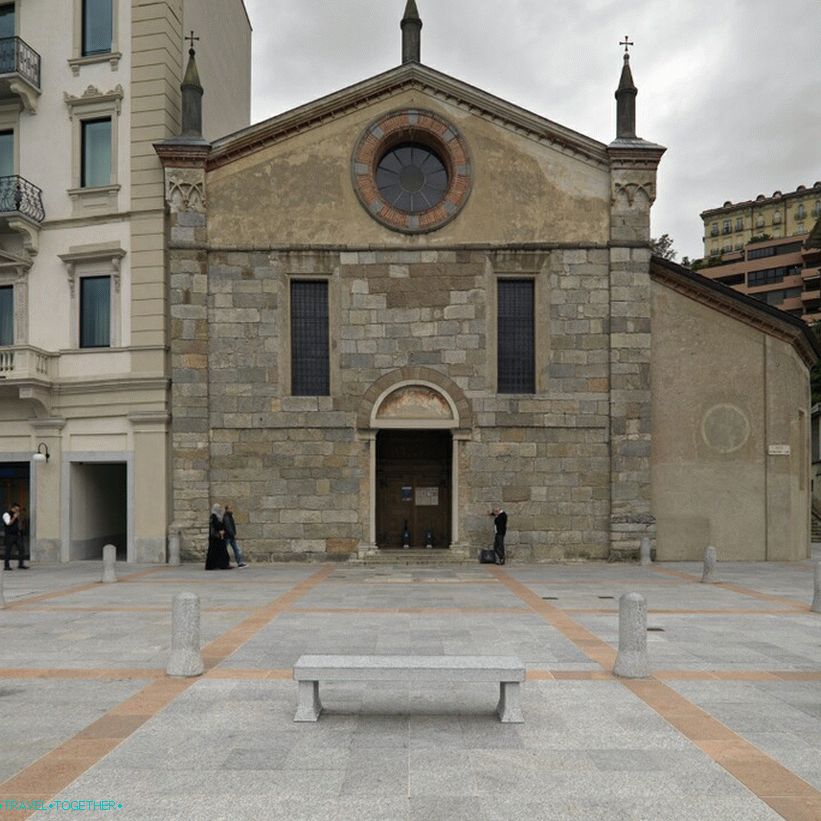 Santa Maria degli Angeli – former monastic church, built in roman style. The most remarkable feature the church is a 1529 renaissance fresco which considered one of the most beautiful in Switzerland. 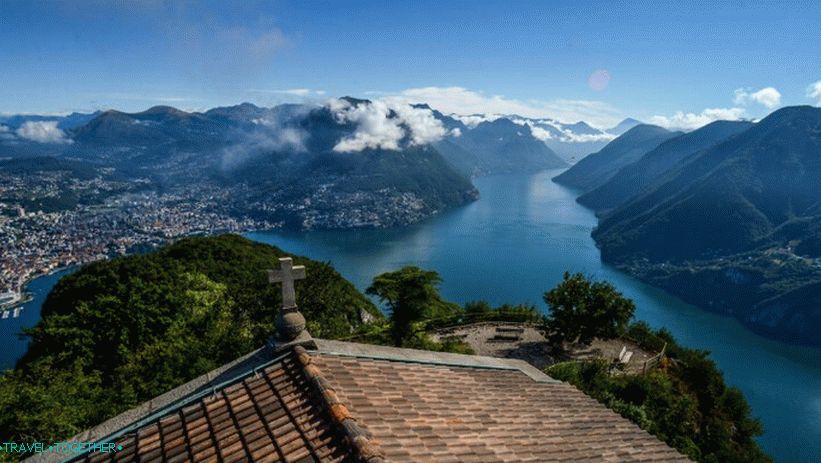 Monte San Salvatore – a picturesque mountain 909 meters high with stunning views of the lake, the city and the Alps. Here you can climb funicular railway 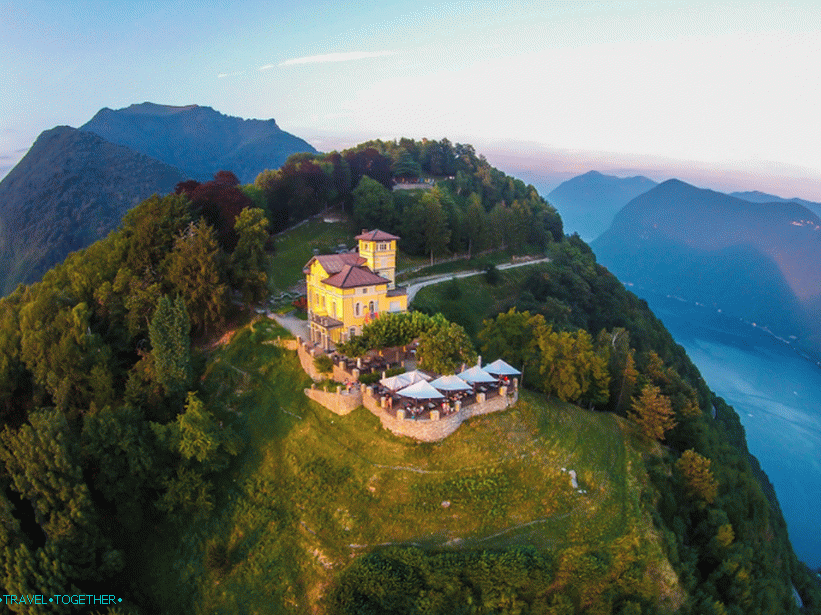 Monte Bre (930 m) is considered the sunniest mountain in Switzerland. On The top is an observation deck and two restaurants.

Lugano on the map of Switzerland