Kosice (Slovakia) – the most detailed information about the city with photos. The main attractions of Kosice with a description, guides and cards.

Košice is the second largest city of Slovakia, located in eastern part of the country. It is the capital of the Eastern Carpathians with a rich historical and cultural heritage that is shaped several nations. Košice is a magnificent old town which has an excellent atmosphere and a large number attractions from the period of the middle ages to the new time. Its historical core is the largest in the country and rightfully considered one of the most beautiful in Slovakia.

Košice is located in eastern Slovakia in the valley of the river Hornád, occupying the western part of the basin of the same name, which is the foot of the mountains Cierna Gora. The city is located near the borders immediately three states: Hungary (20 km), Poland (90 km) and Ukraine (80 km). It has a moderate continental climate, which is characterized by warm, humid summers and mild winters.

The surroundings of Kosice were settled in the 8th century. First written the mention of the existence of a settlement here dates back to 1230. AT Košice receives city rights and royal privileges in 1342. During this period, the city becomes the second largest settlement. Slovakia, which was then part of the Kingdom of Hungary. At 15 century Kosice was captured by the Hussites.

The Hungarian name of the city is Kassha. 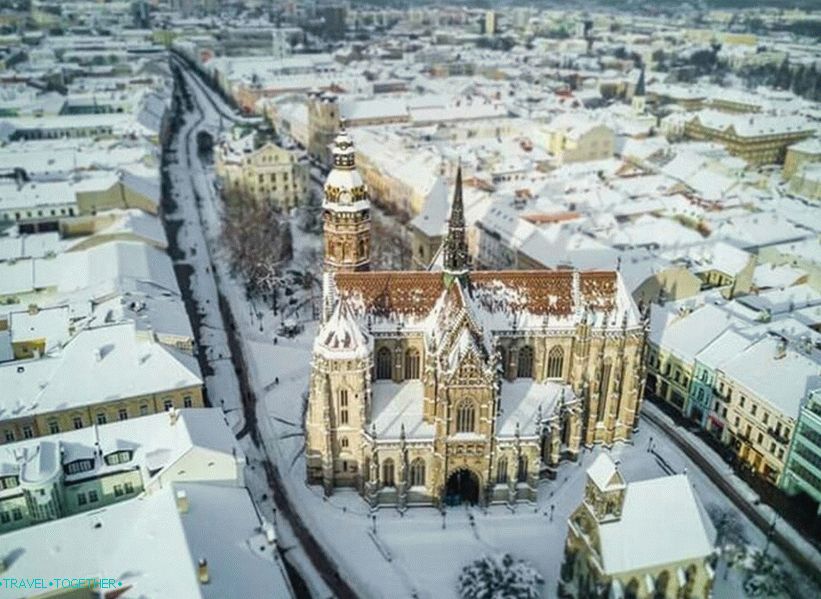 In the 17th and 18th centuries, Kosice became the center of the struggle of the Hungarians against Habsburg In 1657 a university was founded in the city. In 1919 here proclaimed the Slovak Soviet Republic, which did not exist for long. In the years 1938-1944 the city was occupied by Hungary. After World War II, Kosice became part of Czechoslovakia, and since 1993 – independent Slovakia.

The historical core of Kosice is the largest among the historical cities of Slovakia. Most sights are focused along the main pedestrian street known as Hlavná Ulica. Main street (Hlavná Ulica) – the largest historical street in Slovakia with a unique atmosphere that creates the heart of Kosice. AT past it was a medieval square that grew with the city. Cathedral of sv. Elizabeth – the largest church in Slovakia and the main landmark Kosice. This Gothic jewel was built between the 14th and 15th centuries. The church is the easternmost gothic Cathedral in Europe. On the north tower is an observation deck with stunning views of the old town. The height of this tower is 59.7 meters. To climb it you need to overcome 160 steps. St. Michael’s Chapel – a small church built in the first half of the 14th century and located next to the cathedral of st. Elizabeth It was built in the center of an ancient cemetery inside the city walls. The chapel is a magnificent example of medieval gothic. 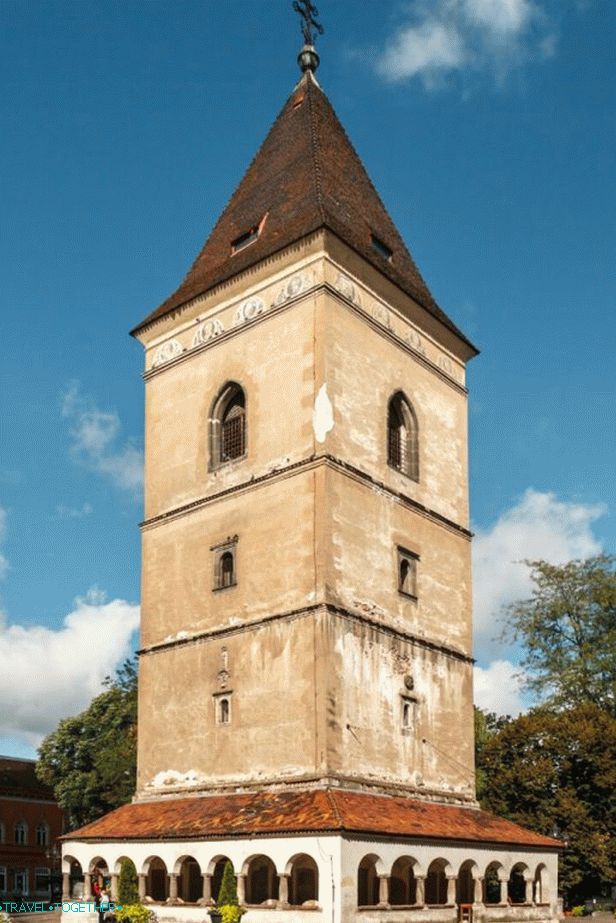 Tower of St. Urbana – a gothic bell tower with a pyramidal roof, built at the turn of the 14th – 15th centuries. This is one of the oldest buildings in Kosice, which is dedicated to St. Urban – patron winemakers.

The State Theater is a magnificent baroque building, built in the late 19th century. Plague Column – the most beautiful sculpture monument in style Baroque in Kosice. Built between 1720-1723 in honor of getting rid of the plague. It is a column with a height of 14 meters stone foundation, which is surrounded by statues of saints. On the top installed sculpture of the Virgin Mary. The beggar’s house is one of the most charming old buildings in Kosice According to legend, it was built by a beggar who so successfully requested the charity that I could build a house with this money. This is actually not this way. This house was built by a merchant. The university church is a 17th century Jesuit church, which It is considered a pearl of Baroque architecture. Located next to the theater. The Yakaba Palace is a monumental neo-gothic building that dates from 1899 year. Levocsky House – one of the best preserved historical buildings in Kosice, where the oldest known in Slovakia taverns, founded in 1569. Synagogue on Zvonarskaya Street – the oldest religious building Jewish community in Kosice, built in 1883 in the Moorish style. The Dominican Church is the oldest building in the city, which dates back to the 13th century. Its gothic tower is 8 meters higher than similar building of the cathedral of sv. Elizabeth, so this church also the tallest historical building in Kosice