Koper, Slovenia: the most detailed information about the city of Koper, main attractions with photo and description, location on map.

Koper – a city in the southwestern part of Slovenia on the Adriatic coast in the Obalno Kraschka region. Geographically located on Istria peninsula. Koper – the largest city of the Slovenian coast rich in history, a major seaport with picturesque historic center, which preserved the buildings and structures of time Venetian Republic. 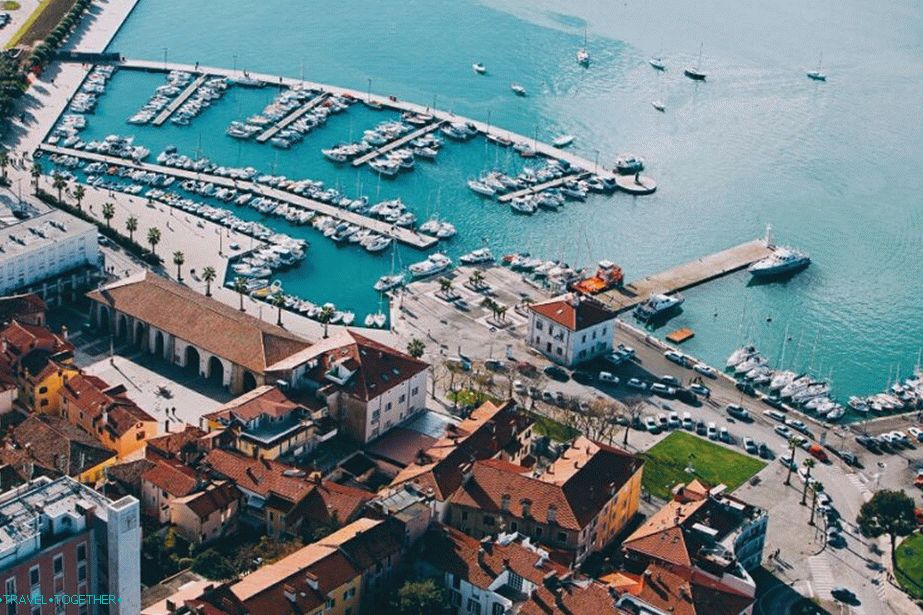 The history of Koper begins in the time of ancient Greece. Already An ancient settlement was founded here, called Aegis. After the Greeks, the city became part of the Roman Empire and was named Caprice, which eventually transformed into Koper.

With the collapse of the Roman Empire from the 6th century, the city, like the whole of Istria, at first it was under the rule of Byzantium, then the Lombards, the Franks and even avars. In the 9th century, Koper was drawn into the struggle between the Venetian Republic and the Holy Roman Empire. After that, the emperor Konrad II granted the city privileges. 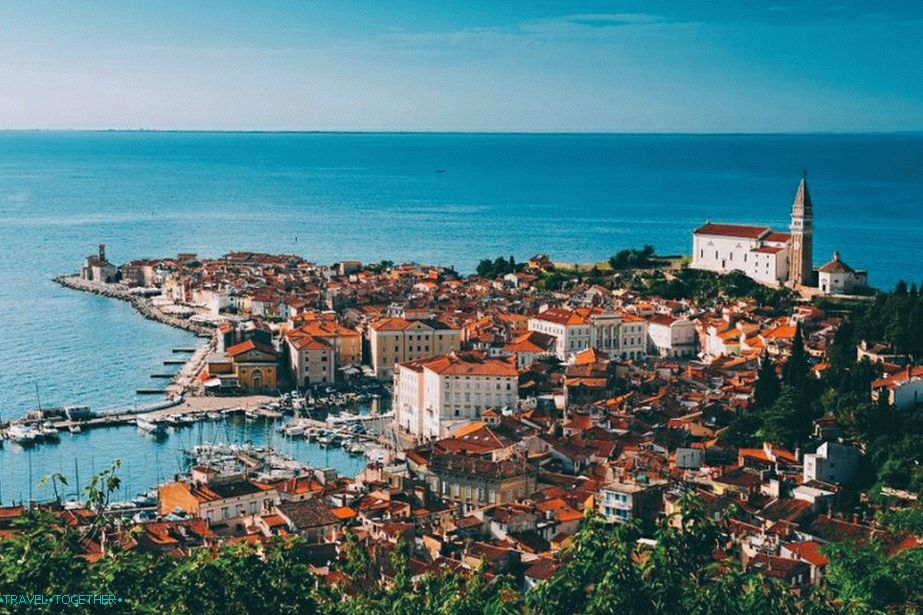 In the 13th century, Koper was annexed to Venice. At this time the city going through a golden age and becoming the largest city and port Istria. At the end of the 18th century, the city was part of the Hapsburg of the state. As part of Austria, Koper remained until World War I. of war. After the war and before the Second World City was part of Italy. By the results of World War II, Koper became part of the free Trieste, in 1954 became part of Yugoslavia, and in 1991 year – an independent state of Slovenia.

Koper is located in a humid subtropical climate zone. Precipitation distributed evenly throughout the year. Rainiest The months are September and November. July is the driest. Warmest months – July and August. The coldest is January. Winter is very mild with very rare frost and snow cover. 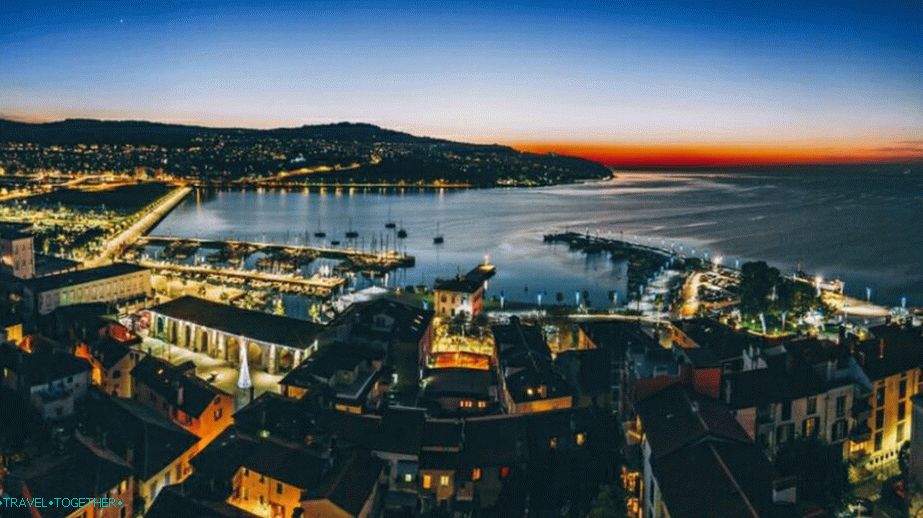 The old town of Koper boasts interesting the sights and architecture of the period of the Venetian of the republic. 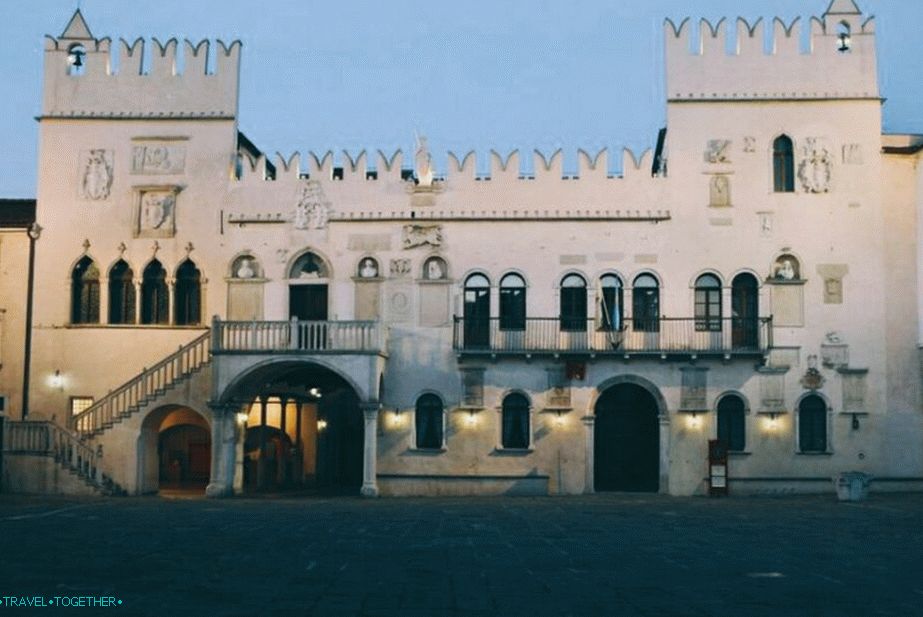 The Pretoria Palace is one of the symbols of Koper. Beautiful building in Venetian Gothic style, built in the 15th century. Situated on central square of the old town.

Another interesting building in the Venetian style is the Palace of the Loggia. The palace is located on Titov square trg across from Pretoria. the palace. Built in the 15th century. 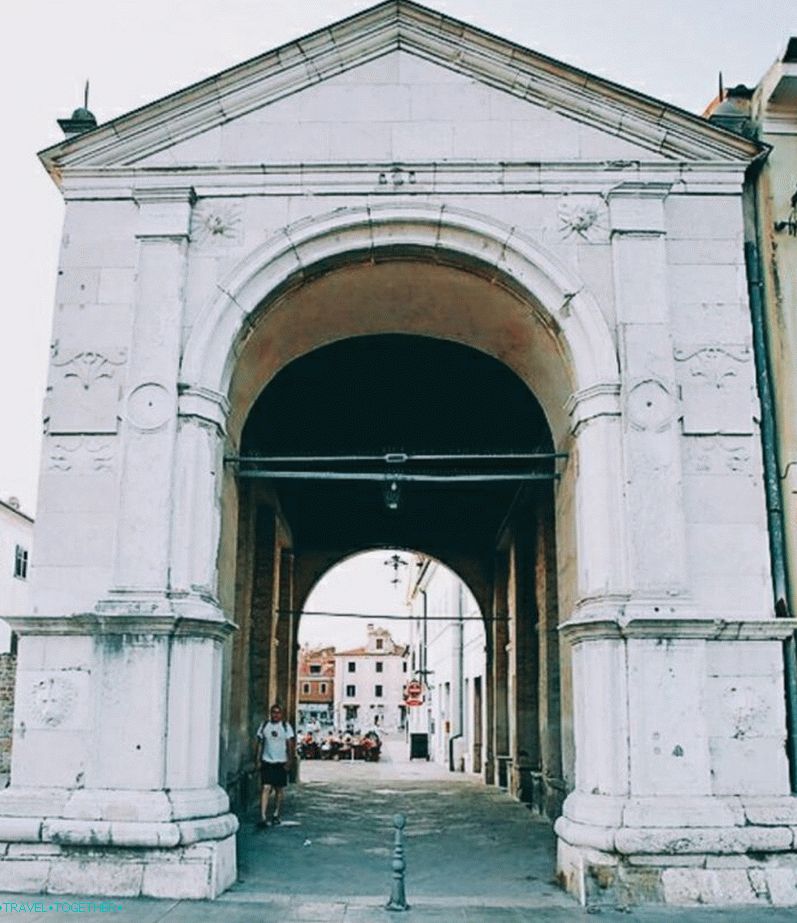 Muda Gate – the former main city gate built in Renaissance style in the early 16th century. Today, this gate is the only surviving of 12 city gates. 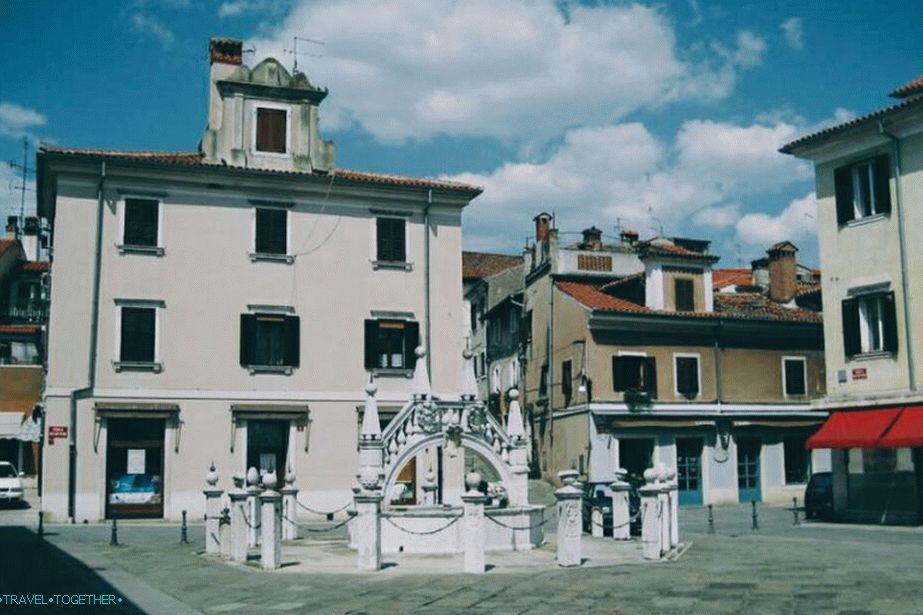 Fountain da Ponte – the largest fountain of Koper, a kind of copy famous Rialto Bridge in Venice. The fountain is built in the second half of the 17th century. 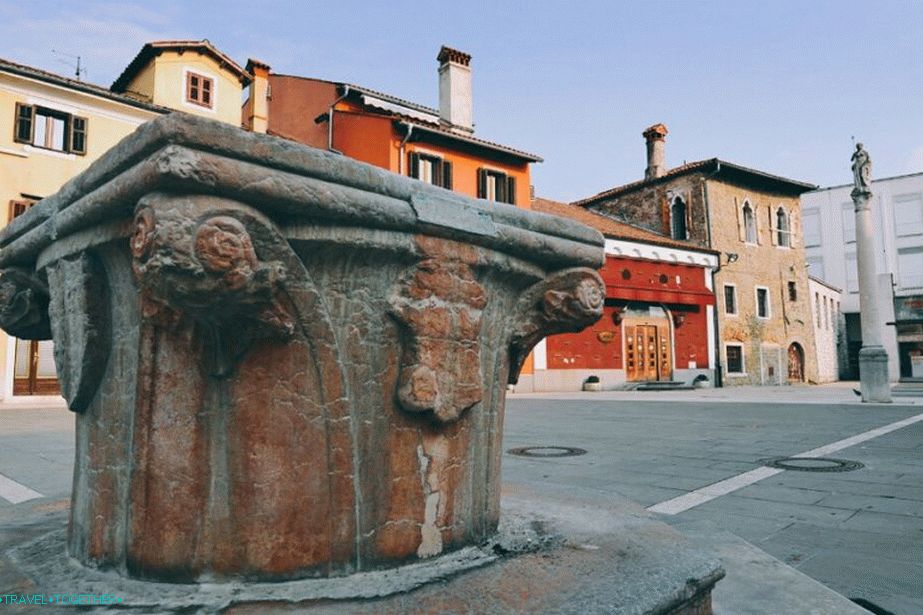 House Carpaccio – a building of the 14th century in the style of the Venetian Gothic, which lived the famous Venetian artist of the 16th century. 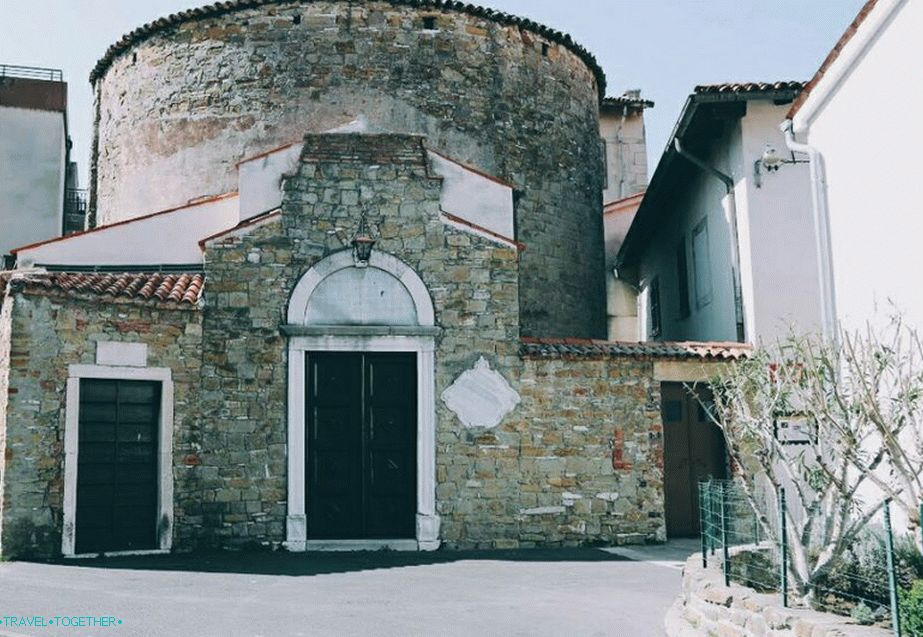 Rotunda of sv. Ilya or Assumption of the Virgin

The Rotunda is one of the oldest surviving buildings of Koper. This The ancient Romanesque Baptistery is located in the heart of the old cities. The rotunda was built in the 11th century.

Of the other ancient buildings worth noting rotundusv. John’s Baptist. This Romanesque-Gothic building was built in period from 10 to 12 century. 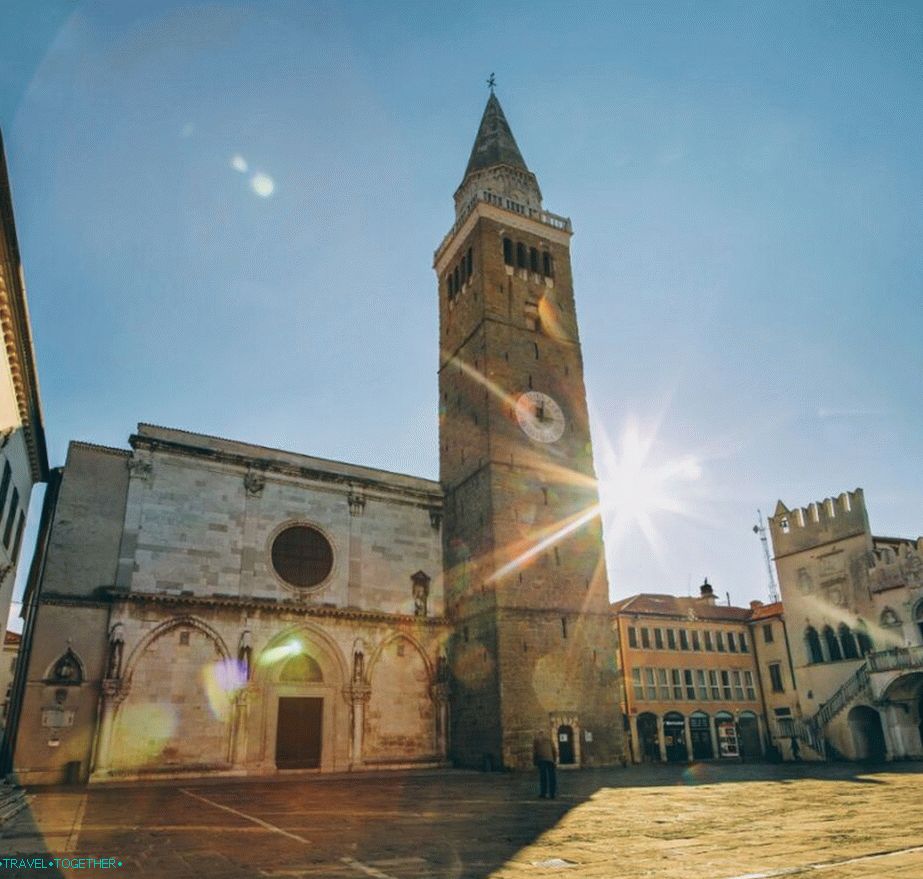 The Assumption Cathedral is the main temple of Koper, built in the 15th century. The origins of the cathedral go back to the 12th century. The building combines styles Gothic and Renaissance. Inside the church you can see a few valuable paintings, including the masterpiece of Carpaccio. Also here The stone sarcophagus of Koper, the patron saint, is located. Nazaria. TO The building of the cathedral adjoins the high 37-meter bell tower. Once upon a time one of the defense towers boasts the oldest bell in Slovenia and a great view.

Koper on the map of Slovenia