Konya (Turkey) – the most detailed information about the city with photos. The main sights of Konya with a description, guides and cards.

Konya is one of the largest cities in Turkey, known for its rich in history and cultural heritage. Located in the south countries in the plains of Central Anatolia. Konya is an ancient city with Seljuk era architecture, old mosques and madrasas. Known as the place of life of one of the founders of Sufism Rumi or Mevlyany, who is buried here. Konya is one of Turkey’s most conservative cities with charming provincial a charm in which traditions are still strong.

Konya is located on the steppe plains in the southern part of Central Anatolia. In the vicinity of the city there are several large lakes. Climate – semi-arid (hot summer continental). Summer quite hot with an average temperature of about 30 ° and cool nights. Winters are cool with occasional negative temperatures. 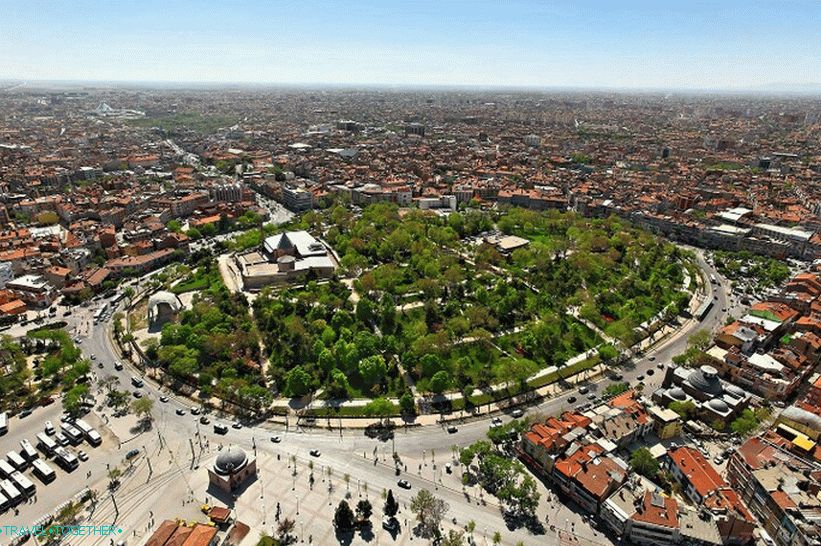 The surroundings of Konya were settled already in the Neolithic. Near is the ancient settlement of Chatal-Guyuk, which was founded almost 10,000 years ago. In the ancient period there was Greek settlement Iconion, which belonged to Phrygia. In roman period, the emperor Claudius gave it to veterans. The city was named Clavdice and belonged to the province of Lycaonia. 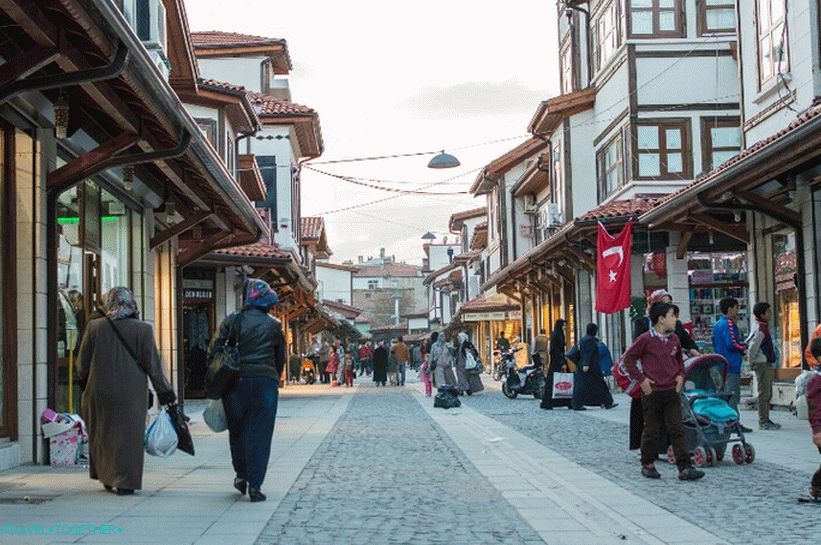 In the 11th century the city was occupied by the Seljuks. Later Konya was the capital Iconium Sultanate. In 1244, Rumi founded the Sufi order After the Mongol invasion, Konya became the center of Sufism. At 15 century the city became part of the Ottoman Empire and had an important religious value. In 1925, Atatürk banned the activities of Sufi orders, because they believed that they hinder the modernization of Turkey and turning it into a secular state.

Konya Airport is located 18 km from the city. Has a regular communication with Istanbul, and in the summer period with the Netherlands, Germany, Denmark. Konya is the southernmost point of high-speed iron the road that connects it with Ankara, Istanbul and Eskisehir. There is a bus service to Cappadocia, Izmir, Istanbul, Ankara, Antalya. 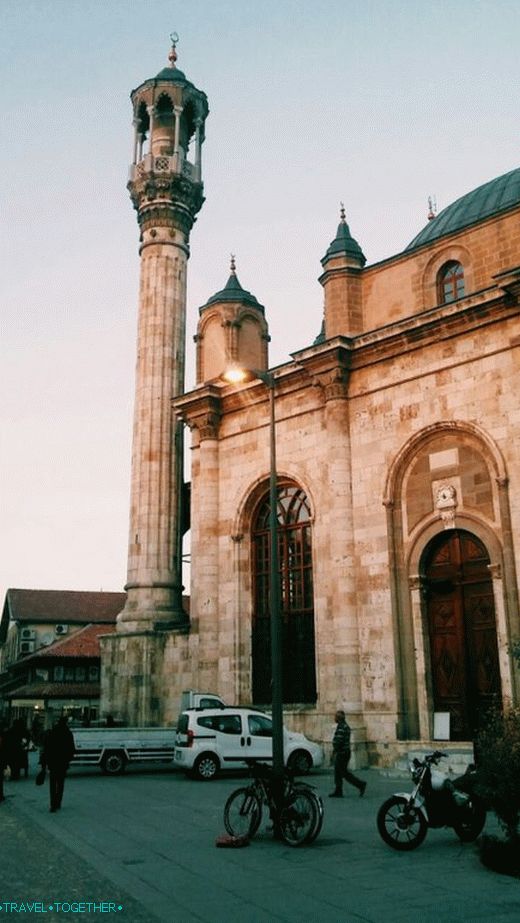 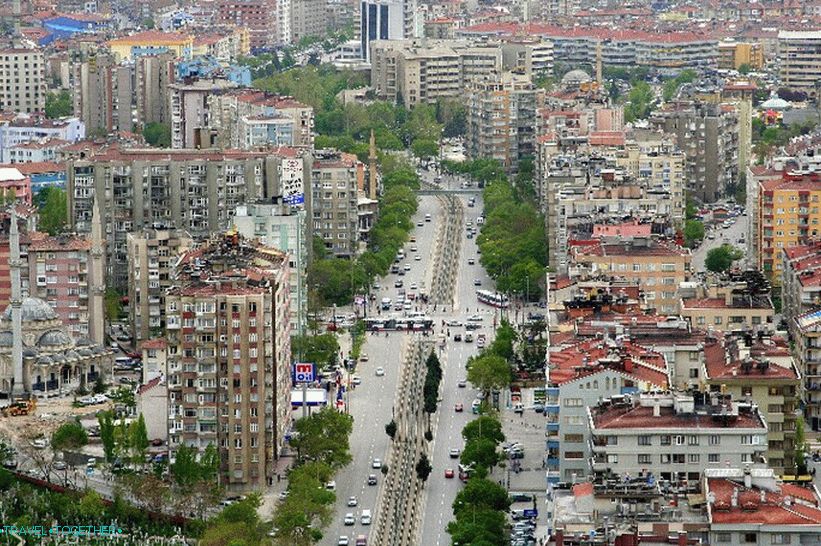 In Konya you can taste the delicious traditional cuisine, which includes various types of bakery products, köfte and kebap. Etliekmek is a popular meal – thin bread with meat or cheese. (something like pizza).

Mevlana Museum and Rumi Mausoleum – one of the main Attractions Konya, which is the tomb the founder of Sufism, the philosopher and poet Rumi. The museum stores historical relics that are associated with his life. Also here can look at old manuscripts, musical instruments and numerous artworks related to the era Seljuks.

Alaeddin Tepe is a park in the city center, located right on the territory of the former citadel of Konya on the hill. At the foot of the slope located excavations of the ancient palace of Alaeddin from the dynasty Karamanidov and the remains of the old city wall. On top of a hill there is an ancient colonnade mosque of the 13th century. Selimiye is a huge domed mosque built under the Sultan Selime II between 1566 and 1574. This is one of the most beautiful Konya’s religious buildings, which is an Ottoman masterpiece architecture. The mosque has two minarets and interesting arcades with in columns. 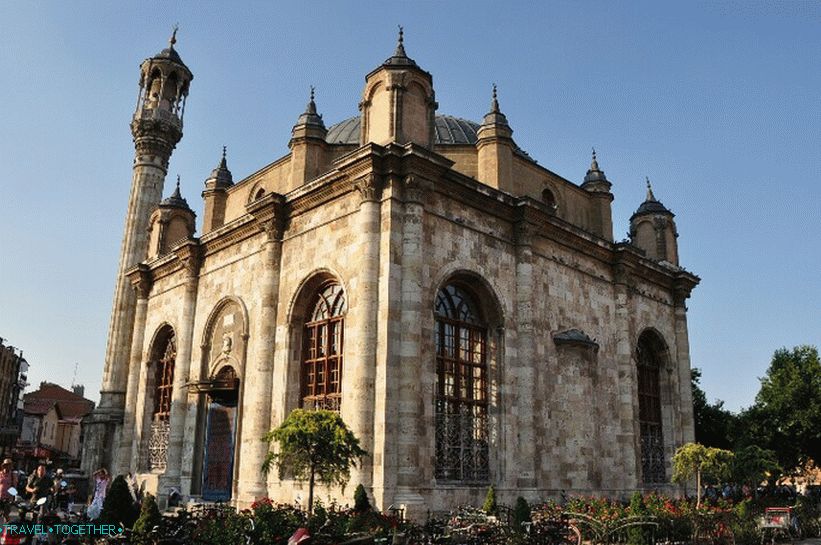 Aziziye Mosque – a small religious building in the area lively bazaar. The mosque was built in the 17th century and reconstructed in the 19th century. It has an unusual baroque design and rococo interior that creates an interesting contrast with traditional elements of Muslim architecture. 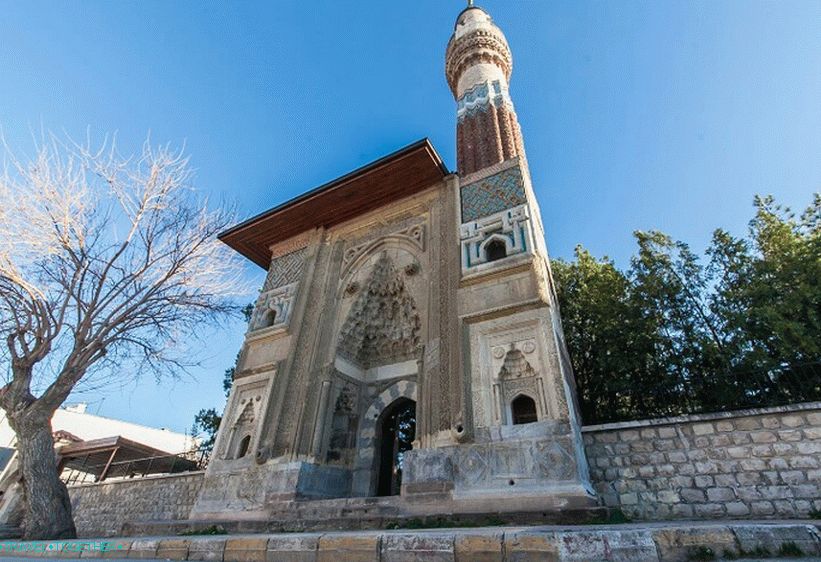 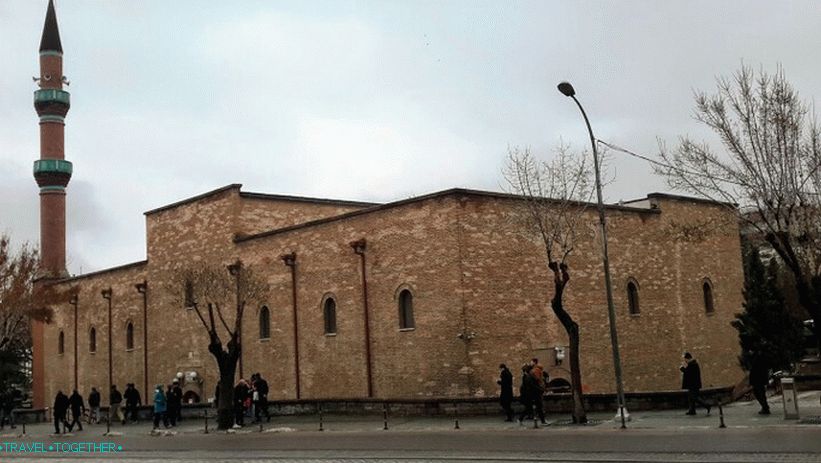 Iplikchi is an old mosque dating from the 13th century. Has been restored About 50 years ago. This is a great example of architecture. Seljuks.

Interesting places in the vicinity

Chatalhöyuk (Chatal-Guük) is an ancient Neolithic city settlement, which is one of the main archaeological discoveries of the 20th century. Considered to be the oldest city in the world, which was built over 9,000 years ago. 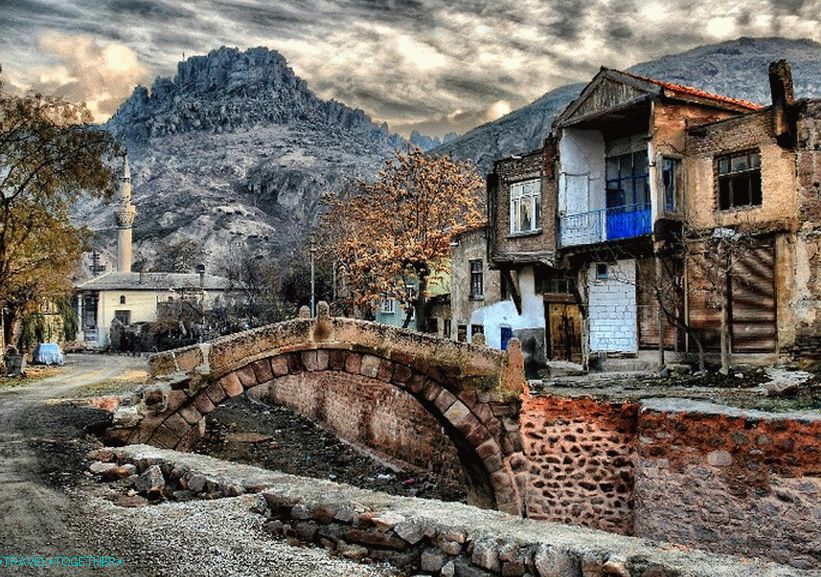 Konya on the map of Turkey