Konstanz, Germany: the most detailed information about the city Konstanz, the main attractions with photos and descriptions, location on the map.

Konstanz is a city in southern Germany located on a picturesque Lake Constance on the border with Switzerland. Has a vast old a city located on the left bank of the Rhine with winding old streets, interesting sights and monuments stories. Konstanz is the largest city of Lake Constance and adjacent (almost forming one settlement) with the Swiss Kreuzlingen. Interestingly, since Switzerland is not a member EU, between cities there is a border crossing. Also here at during the course of two currencies – the euro and the Swiss franc.

Konstanz is located in the upper (western) part of Lake Constance when leaving the main German river – the Rhine. Climate here much softer than in any other part of Germany, so in this the place you can see growing palm trees, lemon and orange trees Summer is warm and not hot, winter is very mild. Per year almost 1000 mm of precipitation falls. Average annual temperature is 9.4 degrees. In the cold season are frequent fogs 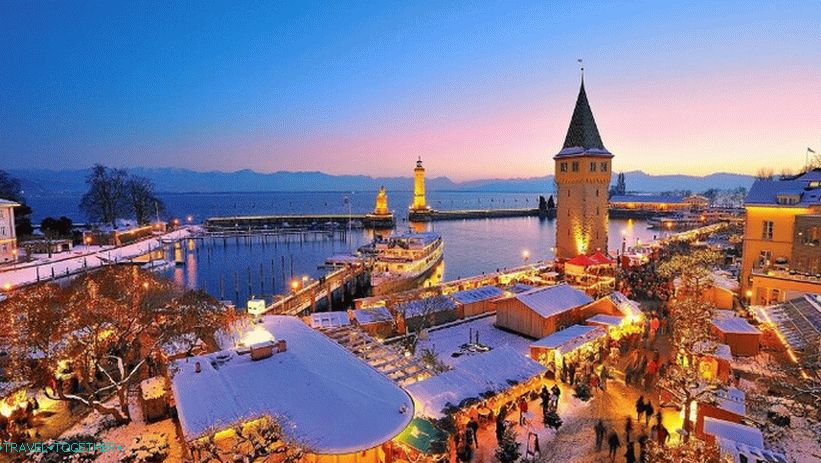 Lake constance in the winter

Already in the 2nd century BC in this place there was a Celtic settlement, which was later conquered by the Romans. Probably, Roman settlement was named after Emperor Constantius I. The first mention of Constanta dates back to 525 year. In the middle Ages the value of the city increased significantly after the formation of the same name episcopacy. In addition, the city lay on an important trade route from Germany through the Alps to Italy.

In the first half of the 13th century, after persistent struggle with the clergy, Konstanz received the status and privileges of a free imperial city. From this time begins the heyday of trade and economic power. cities. In 1312, Konstanz formed the City Union with three Swiss cities. In the 20s of the 15th century, there was held Konstanz Cathedral, which was one of the most significant events Catholic Church, significantly changed its doctrine. In late Middle Ages the value of the city gradually began to decline. 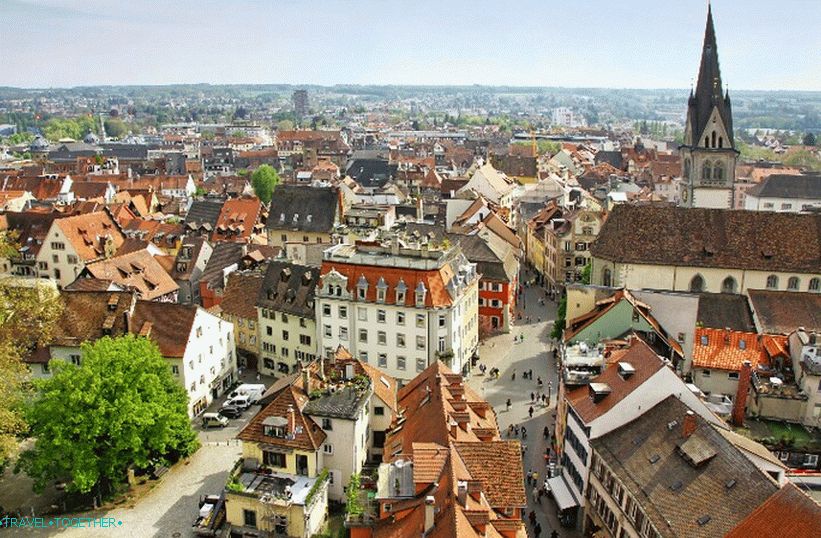 During the Thirty Years War, Konstanz was besieged several times. Swedish troops and garrisons of the Dukes of Würtenberg. During Napoleonic Wars, the city was occupied three times by French troops. Constanza managed to avoid destruction during the Second World War. The city was occupied by the French almost without a fight. 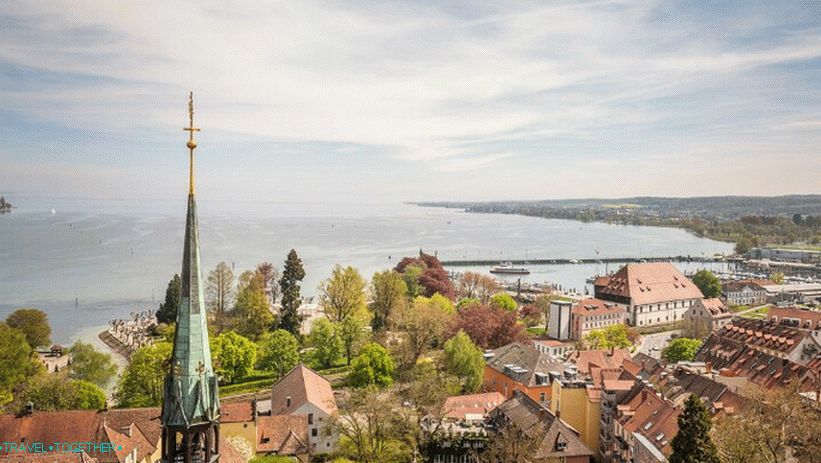 View of the Constance lake from the tower of münster

The nearest airport is Zurich. From Zurich to Konstanz can be reached by regular trains that run every hour. The nearest German airports are located in Friedrichshaven and Stuttgart Konstanz has excellent rail connections with Swiss cities, then how to get here from other parts Germany is much more difficult. There are direct trains from Karlsruhe, Ulm, Augsburg, Stuttgart. Also the city has an excellent car. availability. From Switzerland to Konstanz, the A7 motorway Germany – A81. 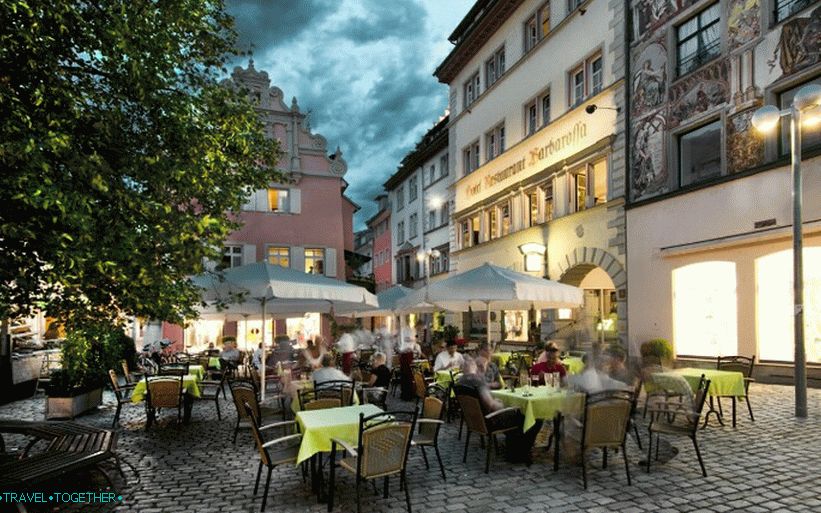 The most interesting sights of Constanta. 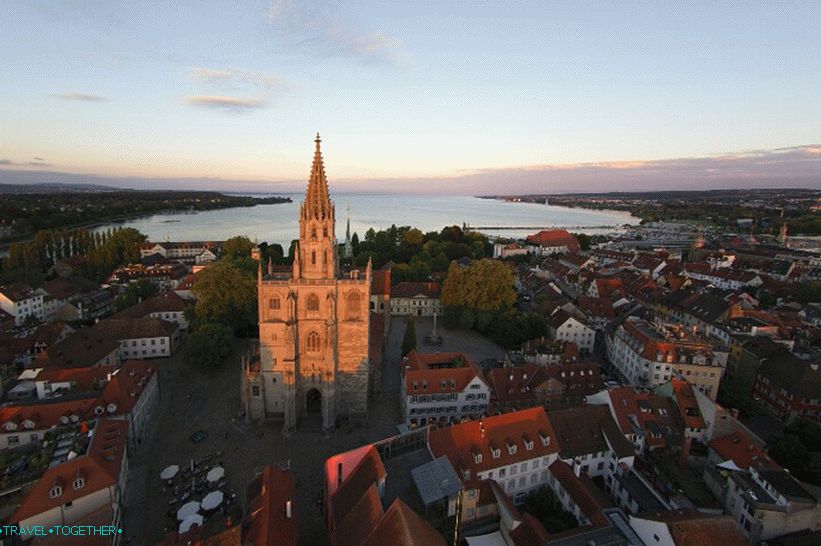 Münster – the cathedral and one of the main Attractions Constanta. This is the oldest sacred the construction of the city arose in the 7th century on the ruins of a Roman fort. AT The 11th century church was rebuilt in the Romanesque style. For its history the church was rebuilt several times. Last significant reconstruction took place in 1953. Currently architectural style basilica neogothic. It is in this church passed Constance Cathedral. 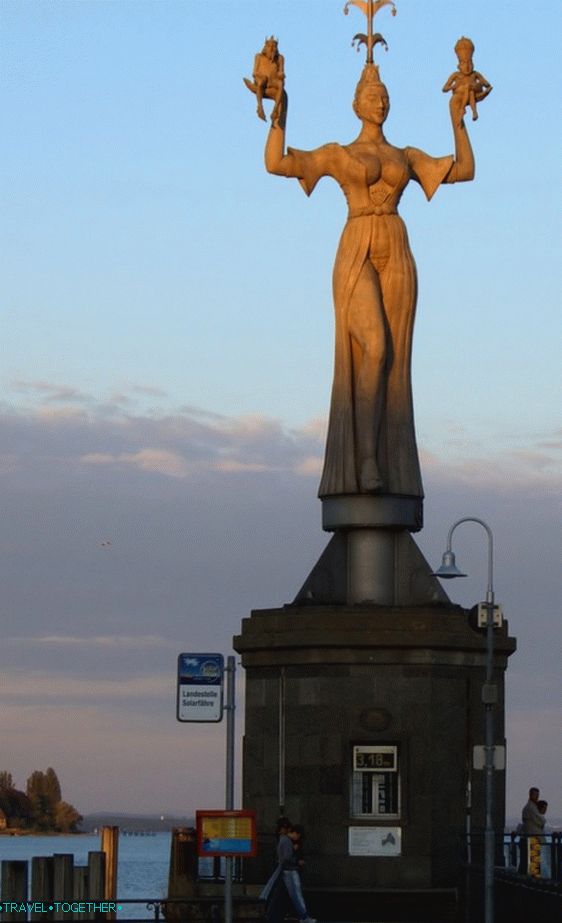 Empire – a 9-meter statue located at the entrance to the lake bay, the work of the famous local sculptor Lenk. Was established in 1993. The sculptural composition makes reference to the stories of Balzac. The semi-naked maiden holds a figure in her left hand Pope Martin V, and on the right, King Sigismund. 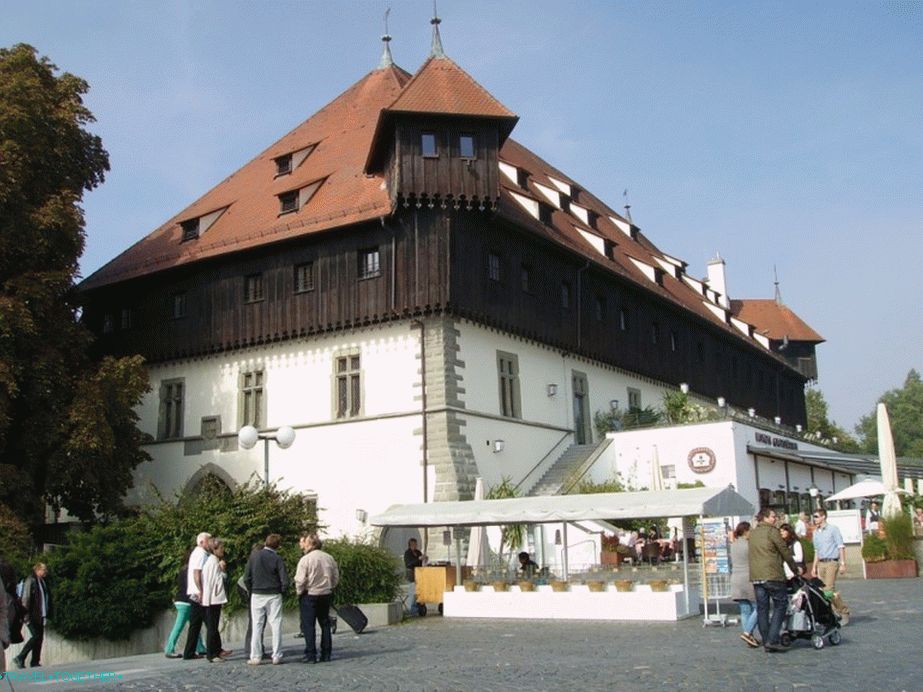 City Council building – a historic building built in 14 century. It performed the functions of a granary and a warehouse. It is known that here at the time of the Cathedral of Constance Pope Martin was chosen V. These were the first and only elections for the head of the Catholic Church. north of the Alps. 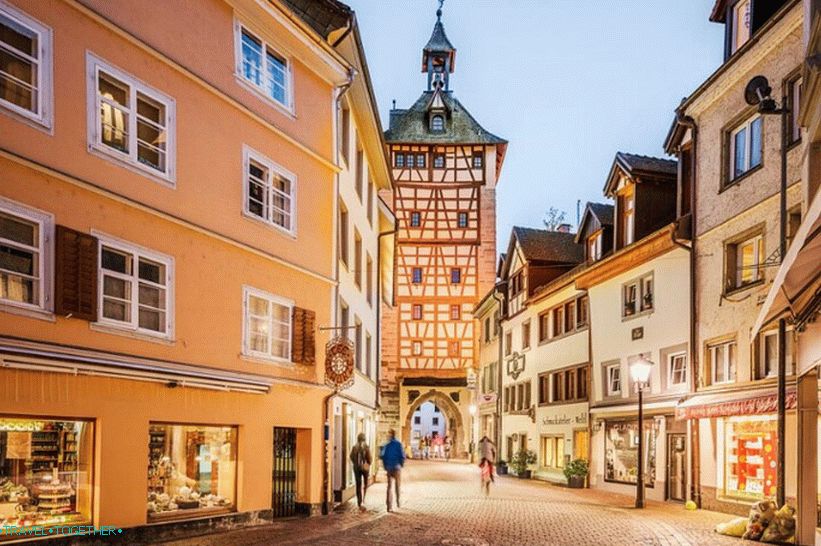 South Gate – a picturesque medieval city gate with tower, one of the few preserved elements of the old fortifications of Constanta. They were built in the 14th century. Have a wonderful half-timbered facade. They are the southernmost border of the old cities. 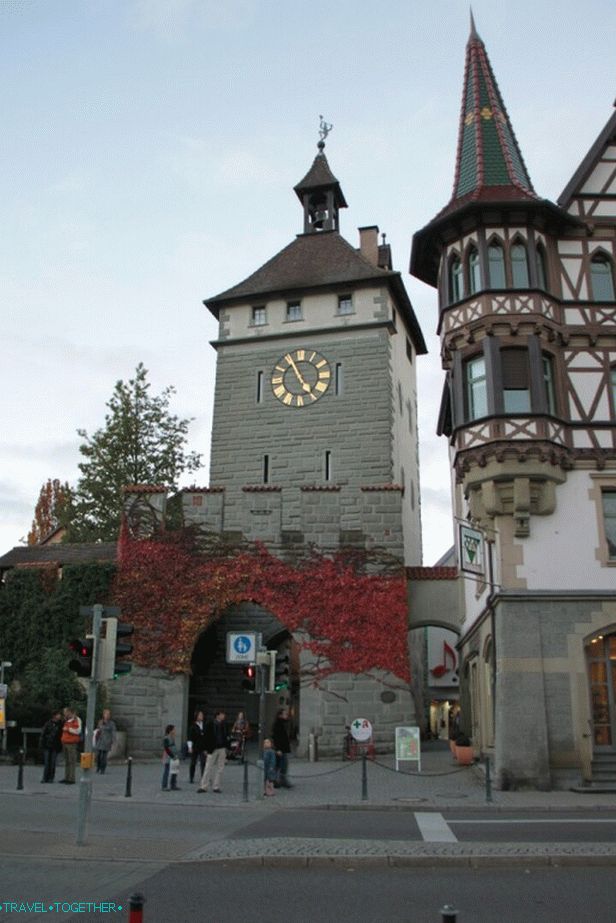 South gate from the opposite side. 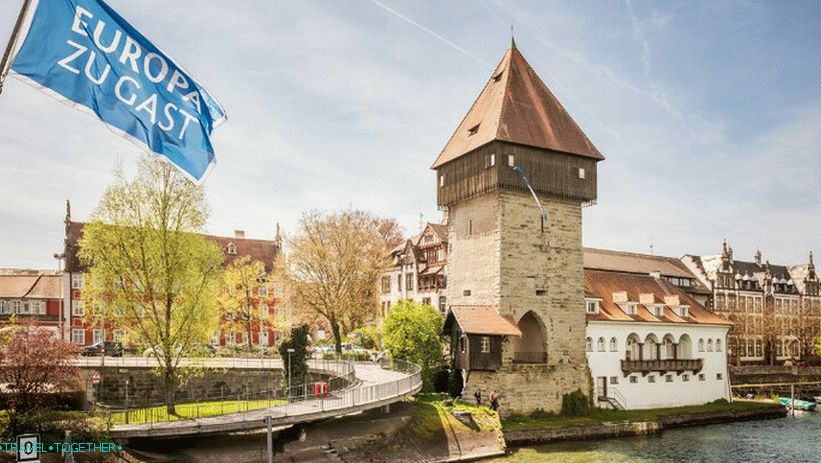 The Rhine Gate and the Powder Tower are another unique relics. Middle Ages. Ancient north gate with a 12th century tower, built to protect the ancient bridge. The powder tower was the cornerstone of the northwest part of the city fortifications and often used as a prison. Also used to be here installed baroque sculpture of the Catholic Saint John Nepomuk (Nepomuk). 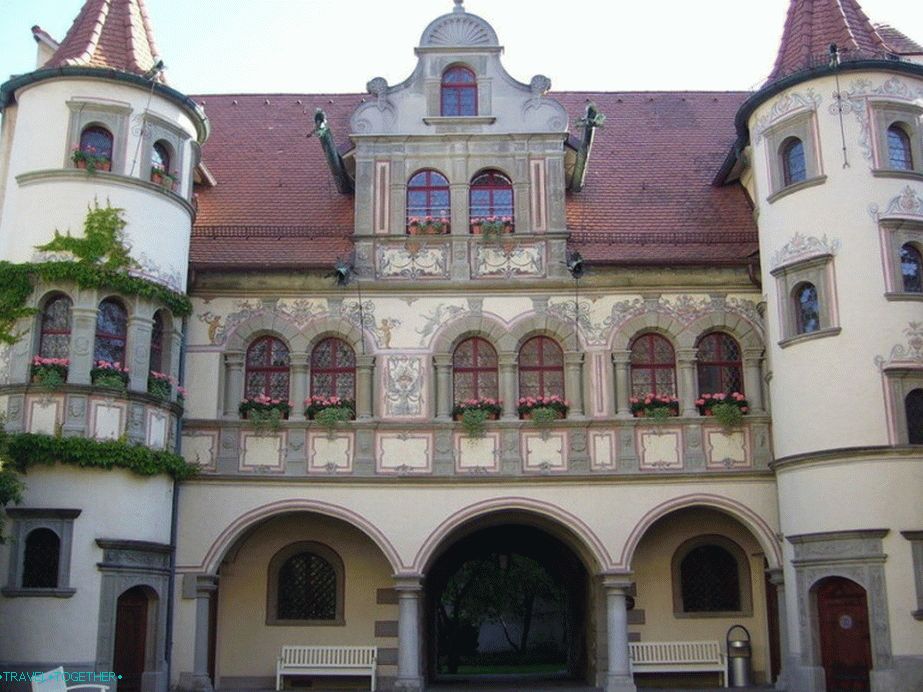 Town Hall – a historic building in the style of the Italian Renaissance. 16 century. Built on the foundations of medieval buildings. Facade paintings depict scenes from the life of the city. 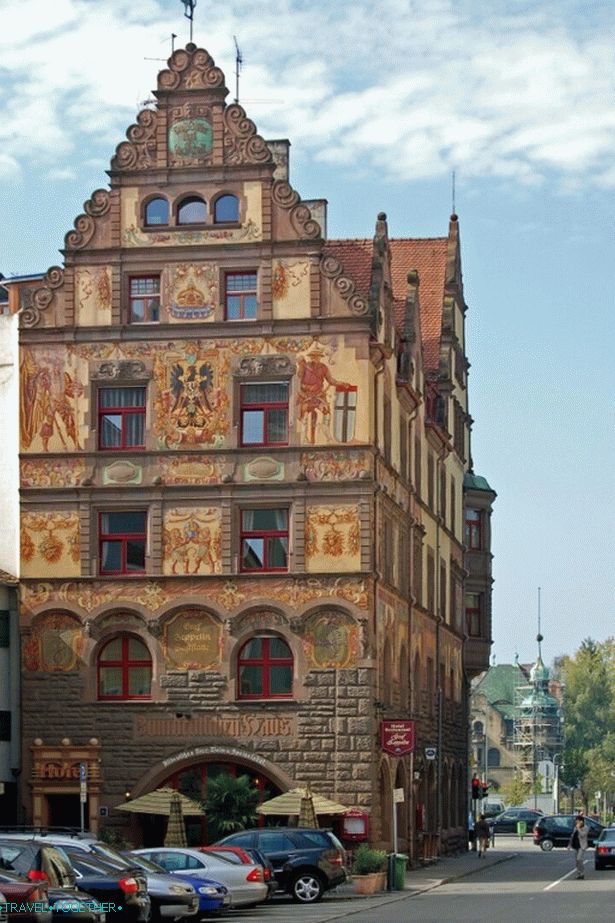 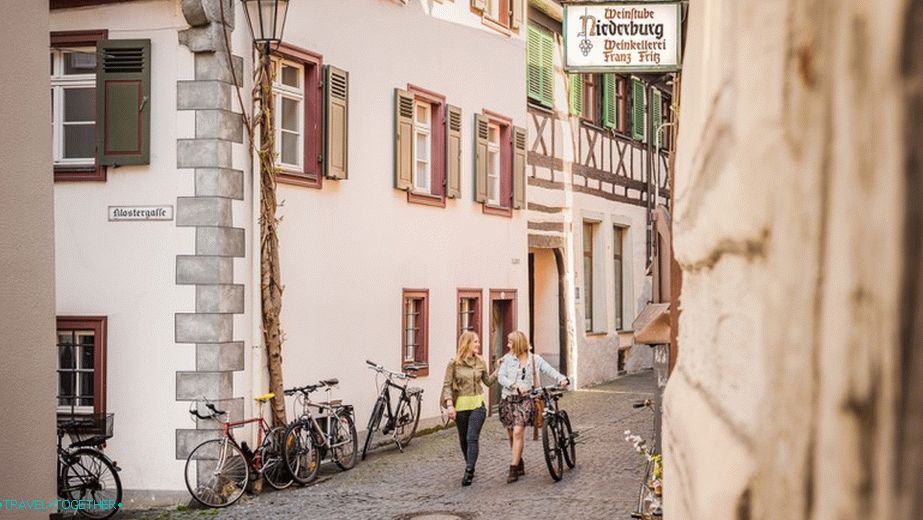 Nideburg is a historic district with a wonderful and romantic atmosphere of antiquity. This is one of the oldest quarters of Constanta with narrow picturesque streets, which is nice to walk, old houses, cozy taverns and pubs. 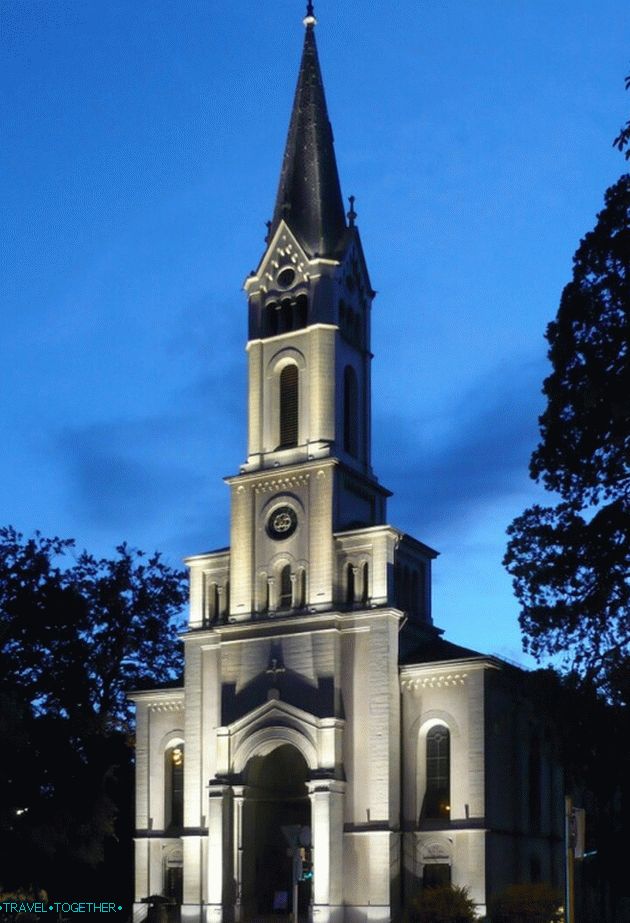 Lutheran church is a religious building in the old town, built in the second half of the 19th century. 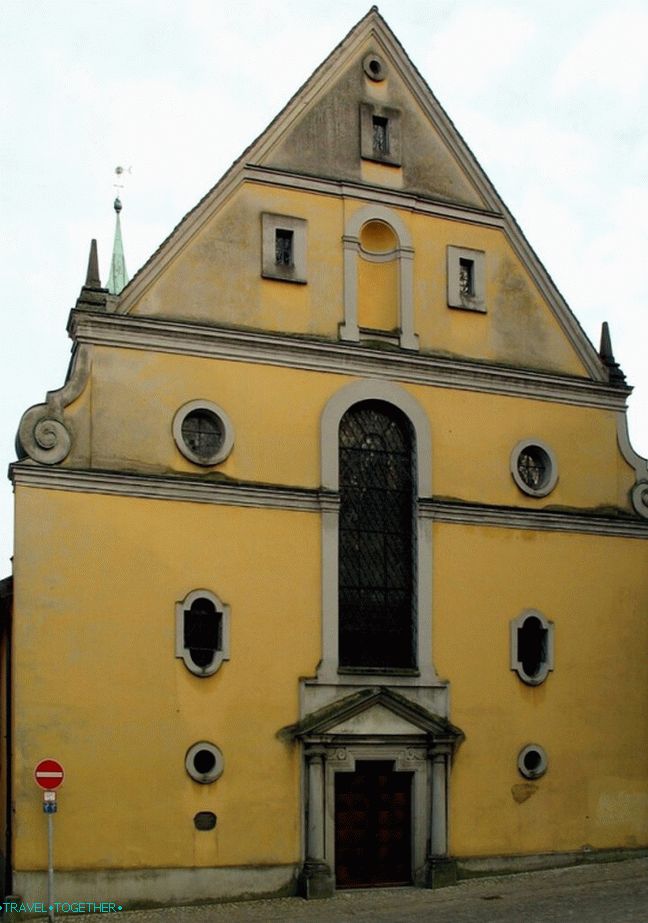 The Church of Christ is a late Renaissance Jesuit church, built in the early 17th century.

City guide with maps (in English)

Konstanz on the map of Germany