Before reading the article, I want to warn you that I myself am Russian, just not pleased that because of one person, they are to blame everything. In this article, I do not mean ALL Russians and I do not want anyone offend, on the contrary I call for cultural behavior and respect for Thai traditions. And also I will give some real cases. scandals between Russian tourists in Thailand.

“Russian Russian wolf” – not just us There is such a saying, although Russia is not very caught on, because here somehow we help each other, but for border she found her place.

Looking at most Russian tourists in Thailand unwittingly you begin to understand why we are not loved in many countries for by the border. One behaves in a boorish way, the other shouts out something like “Tagiiiil!”, The third drunk sleeps in the bushes, the fourth littering, the fifth defecating on the fence in public … and this is not the end of the antics Russians in Thailand. 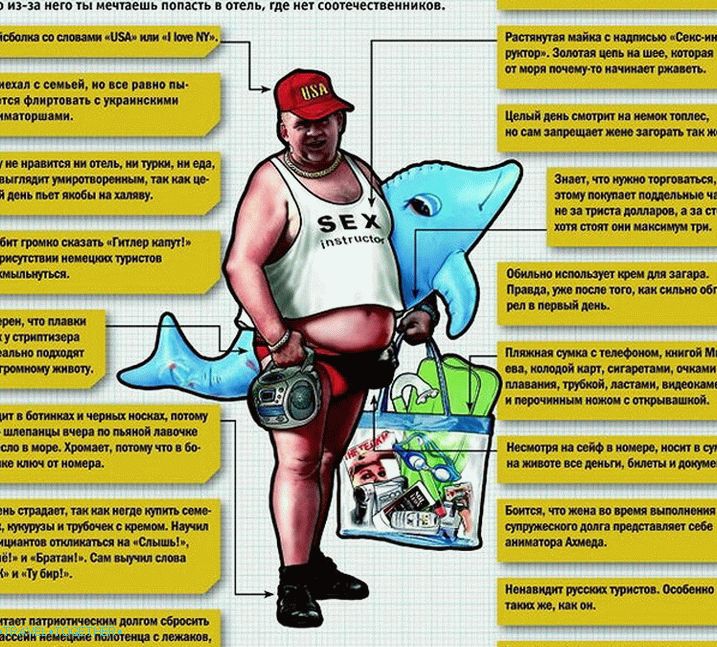 Gena and Vova from the sketch show “Our Rush”

Remember Gena and Vova from “Our Rashi”, here is also about our people and behaves abroad, even though there is a bit of it exaggerated, but the meaning remains open. According to reviews on the Internet, Russian guides in Thailand are reluctant to conduct excursions because of inappropriate behavior of our tourists.

Do not tell Thais that you are Russian

My advice to you is if a Thai, European or someone else asks about your nationality, do not say that you are Russian, if you are not all as he will treat you after answering. Tell me that you Ukrainian, German, Belarusian, etc., but not Russian. I, for example, I say in that case that I am Bulgarian (I have a Bulgarian name). It was the case, the Thai man threw the answer to me: “At least not Russian.”

Watch out for commercial transactions

If you do not know Thai laws, try not to rent and not buy movable and immovable property from Russians, especially It concerns houses in the Russian settlement in Pattai. Of course, if do not want to overpay for this commerce a decent amount or worse, to be thrown.

If Russians have fraud in Russia all the time, Will they really stop doing this in Thailand? transactions through Thai or European realtors, or better at all without them, directly. Also don’t get a job at the Russians citizens, the chance to be cheated takes place. 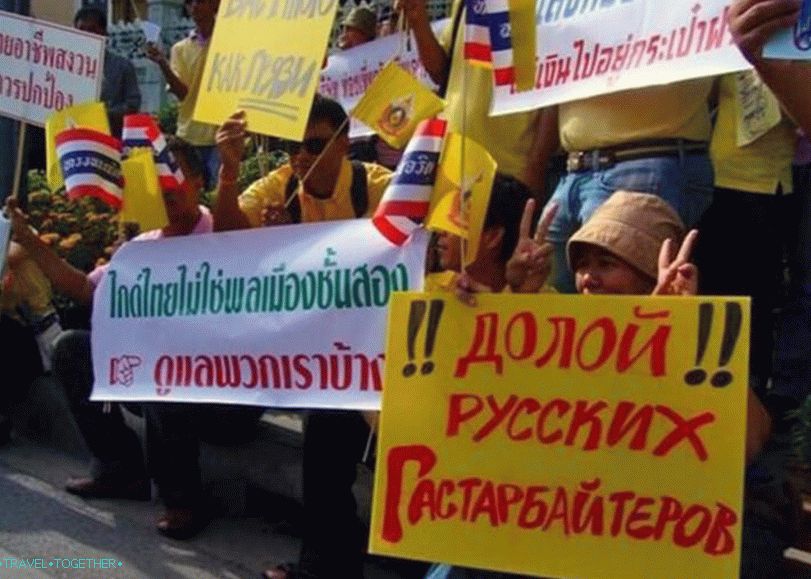 Rally against Russian tourists in Thailand

From reviews on Russian forums in Thailand

First example. I came as one girl with Russia to Thailand, Pattaya. Because the Thai government cares about his people, there is a list of prohibited specialties in which a foreigner cannot get work So she decided to get a guide (unofficially) in travel agency for Russian tourists. They promised her in advance that will be paid once a week for time worked.

But when the payday came (by the way, do you know which salary in Thailand?), the travel agency’s manual turned out to be in the city, it is busy, in other words, it was “fed breakfast”. Eventually she worked there a maximum of a couple of weeks, and, not counting the tip, received almost nothing.

The second example. Again, one guy found work with another Russian in the cook industry. Chef was him Once a good friend before moving to Thailand. And again promises, non-payment … And in the end of the promised $ 1000 for the work, our Russian countryman was given only $ 200, citing the fact that he did not work well, although in fact he honestly spent his money. BUT to the question: “But what about the help to the countrymen”, he received the answer: “We have no countrymen. ”

This is how the pursuit of money in big cities and others countries change some people for the worse and for the better side, and Thailand is no exception. Many forums advise not mess with the Russians and say business.

Expressing our perturbations about my possible wrong or share our cases in Thailand comments.

Life in thailand
As many know, all countries of the world have their own rules behaviors and

Life in thailand
Until the end of the nineteenth century Thailand (then it was called Siam) was
Leave a Reply Cancel reply
Recent Posts
Categories
Recent Comments
Archives
This site uses cookies to store data. By continuing to use the site, you consent to work with these files.