Helsinki (Finland) – detailed information about the city from a photo. The main attractions of Helsinki with a description, guides and maps.

Helsinki – the capital of Finland and the provincial capital Uusimaa It is the largest city in the country, located in its southern parts on the shores of the Gulf of Finland. Helsinki – beautiful modern a city that was built after the pattern of St. Petersburg after the fire that destroyed 1/3 of the historical core. As a result The Finnish capital received a neoclassical center with wide beautiful streets and boulevards. Helsinki is a city with the makings of a metropolis, which still kept the provincial character and measured rhythm of life.

Helsinki is located in the south of Finland on the coast of the Gulf of Finland Baltic Sea. The city grew up on a rocky coastline with minor elevation differences. The historic center is located on the peninsula. The climate of Helsinki is moderate, transitional from sea to continental. The summer is cool and the winter is pretty cold and snowy. 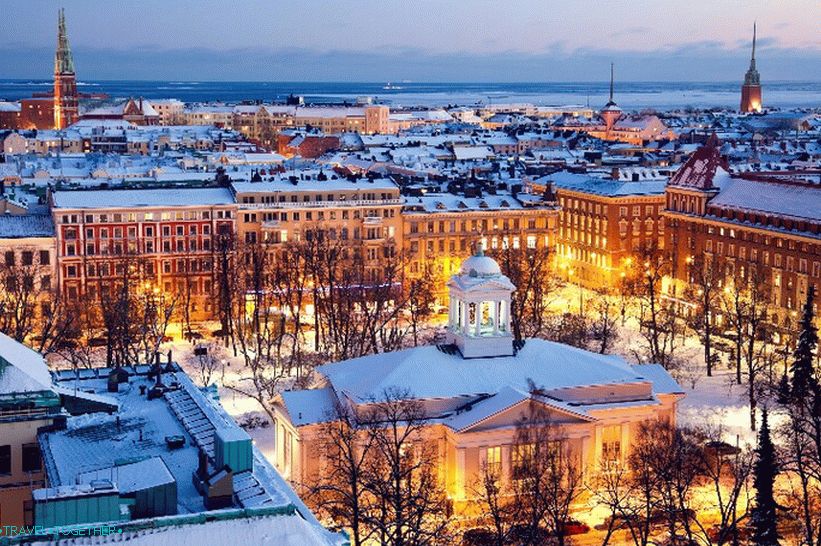 Helsinki was founded in 1550 by the Swedish king Gustav Vasa. The first settlement arose on the site of the modern district of Arabia and was called Gammelstadt. But the harbor here was too shallow and the city was moved to another place (in the area of ​​the modern Market square). The new settlement was named Helsingfors. Gradually two settlements united in one city.

Until the mid-16th century, Helsinki was a small provincial city ​​with wooden buildings. In 1748, the Swedes began construction of the fortress Sveaborg, which was designed to protect coast from the sea. During this period, the first to appear in Helsinki stone houses. During the 18th – 19th century, Russian troops were four times captured the city until in 1809 Finland became a part Russian Empire. 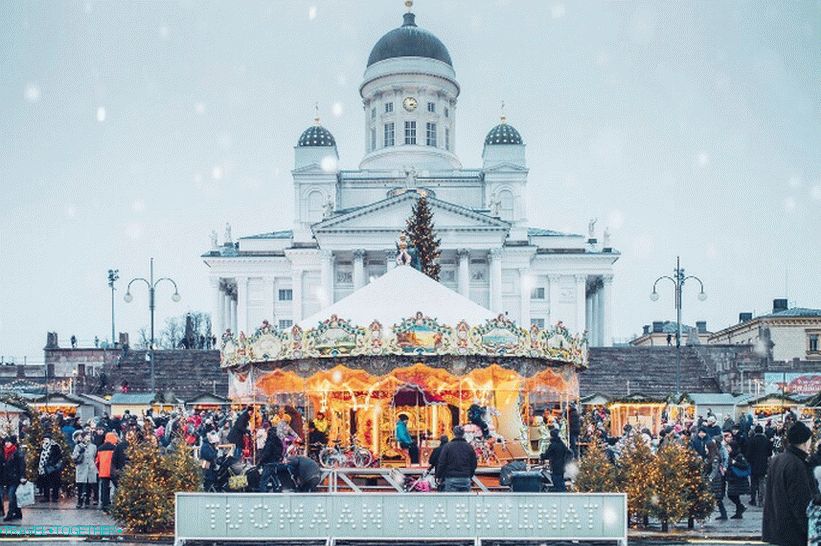 In 1808, much of the city was damaged by a strong by fire. In 1812, Helsinki was declared the capital of Finnish princedoms In 1816 he was appointed chief architect of the city. German Karl Ludwig Engel, who rebuilt the center of Helsinki in modern neoclassical look.

In 1918, Helsinki – the capital of independent Finland. City was bombed during the Soviet-Finnish war in 1939 and World War II. In 1952, Helsinki hosted the summer Olympiad.

There are no attractions in the historic center of Helsinki period of the Middle Ages, since the city was founded only in the 16th century and in fact, it was built in the 19th century along the lines of St. Petersburg. The However, Helsinki is a beautiful modern city that is excellent suitable for walking and visiting on the weekend. 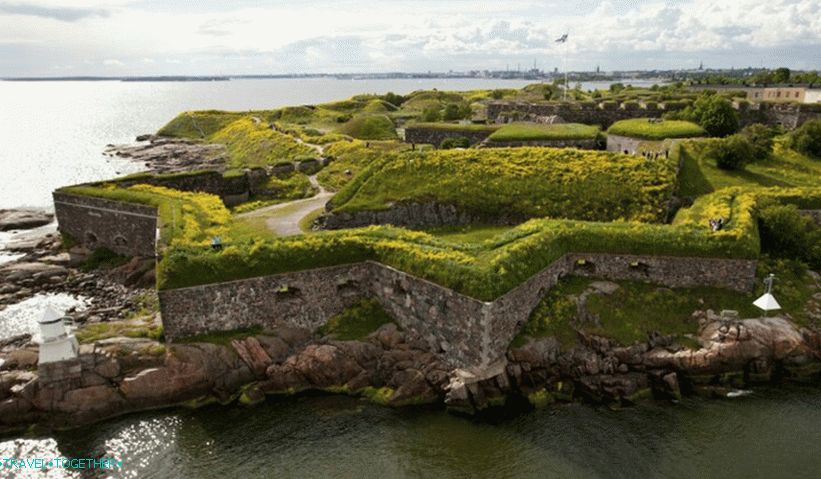 Sveaborg or Suomenlinna – a UNESCO World Heritage Site, located 20 minutes from the center of Helsinki. This building was built in the 18th century on the island to protect the coast of the Gulf of Finland from the sea and is often called the Swedish castle. The fortress was taken Russian troops and later expanded. Until our time in Sveaborg preserved some old buildings, many fortifications, catacombs and cast iron guns. Island Visits – free. The best way to get here is to take the ferry, which dispatched from the Market Square.

Market Square or in Finnish Kauppatori – main square Helsinki and one of the oldest places in the Finnish capital, where held one of the most famous street markets in North Europe. The area is located on the coast of the Baltic Sea and famous for Finnish products and souvenirs. 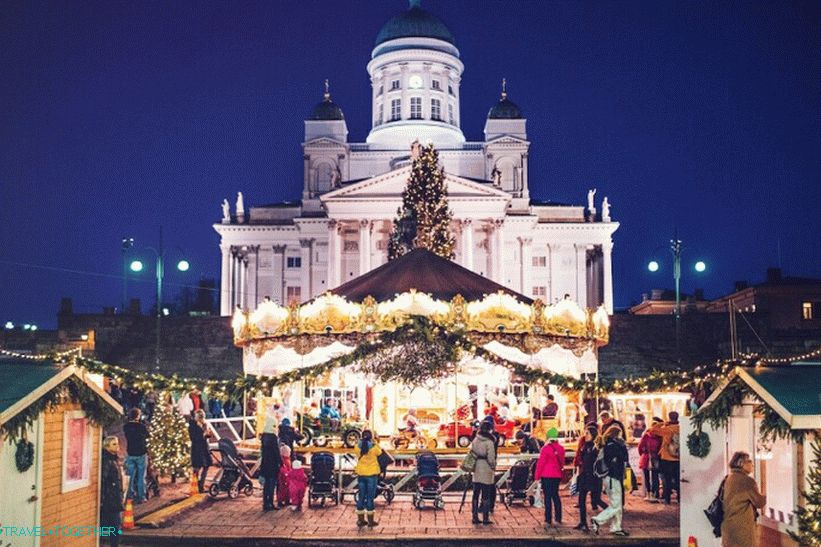 The Cathedral is the main Lutheran temple of Helsinki, which is an architectural dominant of the Senate Square and one of city ​​symbols. The cathedral was completed by the project of Carl Ludwig Engel in 1852. It is an impressive white building. marble, built in the style of classicism.

Assumption Cathedral – one of the most impressive buildings Helsinki. This Orthodox church is the largest in Western Europe. It is a beautiful brick building with numerous towers topped with golden domes. 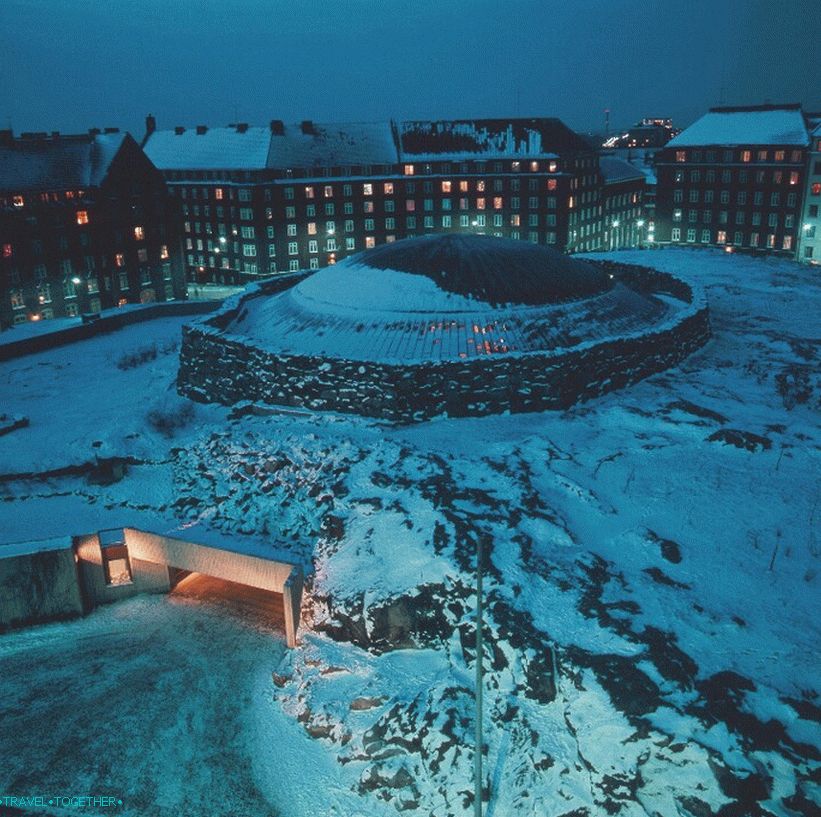 Temppeliaukio – Lutheran church of very unusual architecture, built right into the rock in the late 1960s. It has minimalist interior and excellent acoustics. 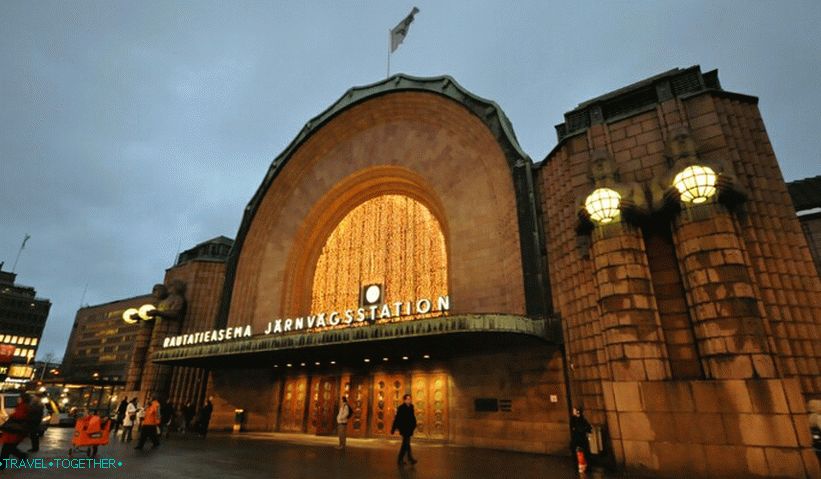 Church of sv. John is Finland’s largest stone church, built in the late 19th century in the style of the Gothic Renaissance. 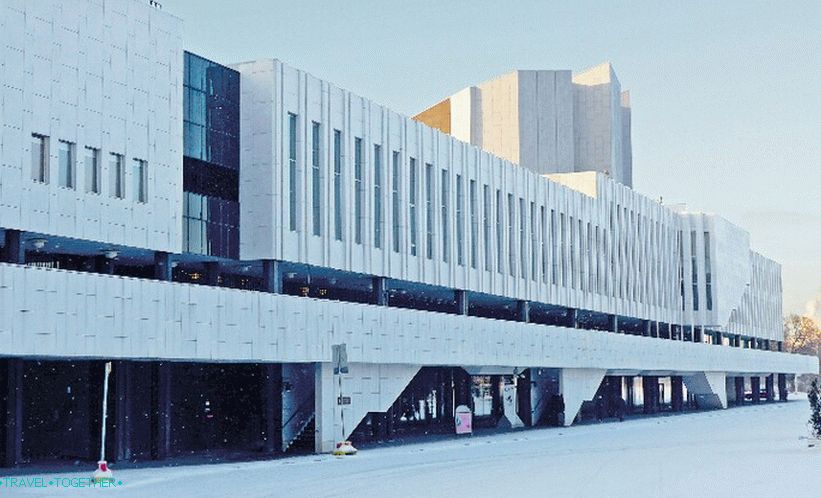 Finland Hall is a white Carrara marble building which was built in 1971 and serves as a concert and conference rooms.

Places of interest in Helsinki: 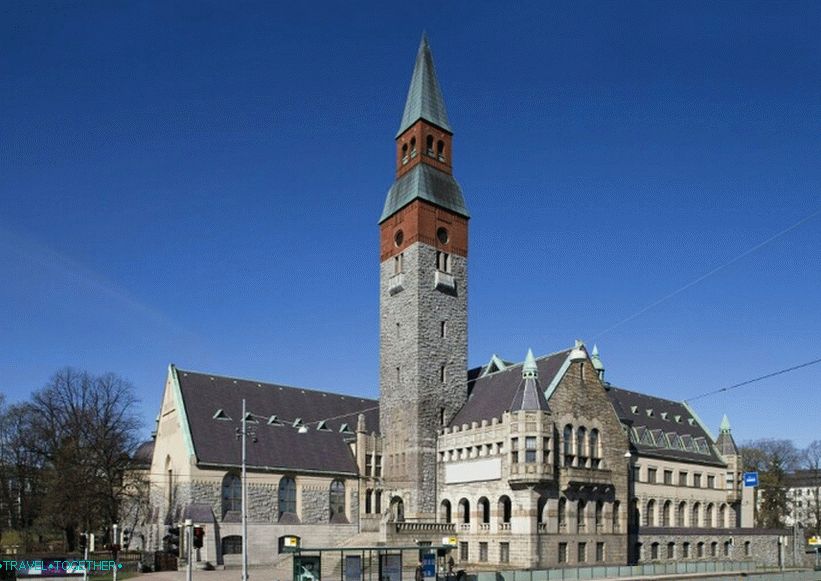 Helsinki on the map of Finland