Groningen (Netherlands) – detailed information about the city from a photo. The main attractions of Groningen with a description, guides and maps.

Groningen – the largest city in the northern part of the Netherlands, the capital Dutch North. It is a city with a rich history, founded more thousands of years ago, much older than Amsterdam. In spite of this, Groningen is a lively university town with enough dynamic life. In the 13th century was one of the centers of the Dutch trade, and the local dialect formed the basis of the modern Dutch language.

Groningen is located in the north of the Netherlands in the most northern the point of Hondsrug. Climate – temperate maritime, but slightly more colder than in the rest of the Netherlands. Winter is quite mild. In cold weather, penetrating north-westerly winds prevail. Eastern winds usually bring frosts. Summer in Groningen is warm and a bit rainy. About 800 mm falls in a year precipitation. 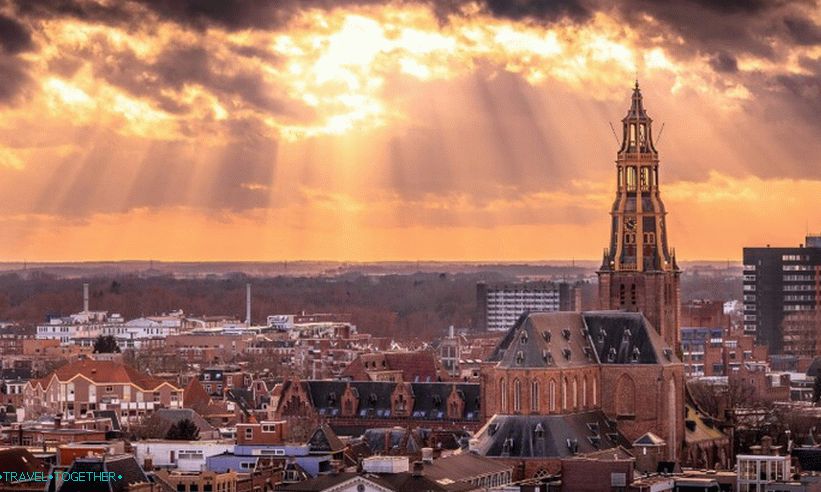 The first written mention of the city dates back to 1040. Already By the 13th century, Groningen had become one of the largest cities of Holland. Around this time, urban walls. Groningen reached its greatest prosperity and influence in the 15th century, when under his influence was the province of Friesland. Lost independence after the Eighty Years War. Groningen in the winter

In 1614 a university was founded here. In the 17th century the city received new walls and fortifications. Despite the fact that during the Second World Groningen was not badly damaged during the battle for the city suffered Market Square.

Groningen Airport is located 15 km from its historic center. There are flights to Gdansk, resorts in Spain and Turkey, Innsbruck, Salzburg and other cities. From the airport to the city center Get on bus 2, which leaves every half hour. The fare is 5 euros.

Railway communication is available with Amsterdam, Utrecht. You can take a trip to Bremen, Hamburg and Hanover. In addition, there are direct bus services to Bremen, Oldenburg and some other cities.

The main attractions of Groningen. Martini Tower – the main attraction and pride Groningen. Built over 500 years ago, this nearly 100-meter The tower is one of the highest in the Netherlands. Carillon bells mounted on it, one of the most beautiful and melodious in Europe. The church of the same name is the largest in Groningen. It was founded in the 13th century. Inside you can look at ancient frescoes and one of the largest baroque organs Northwestern Europe. 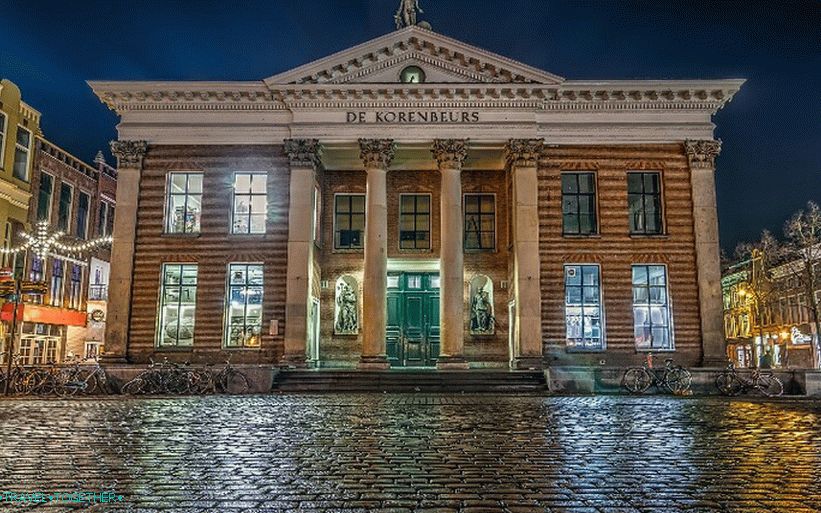 Literally opposite is the central city square – Grote Markt. 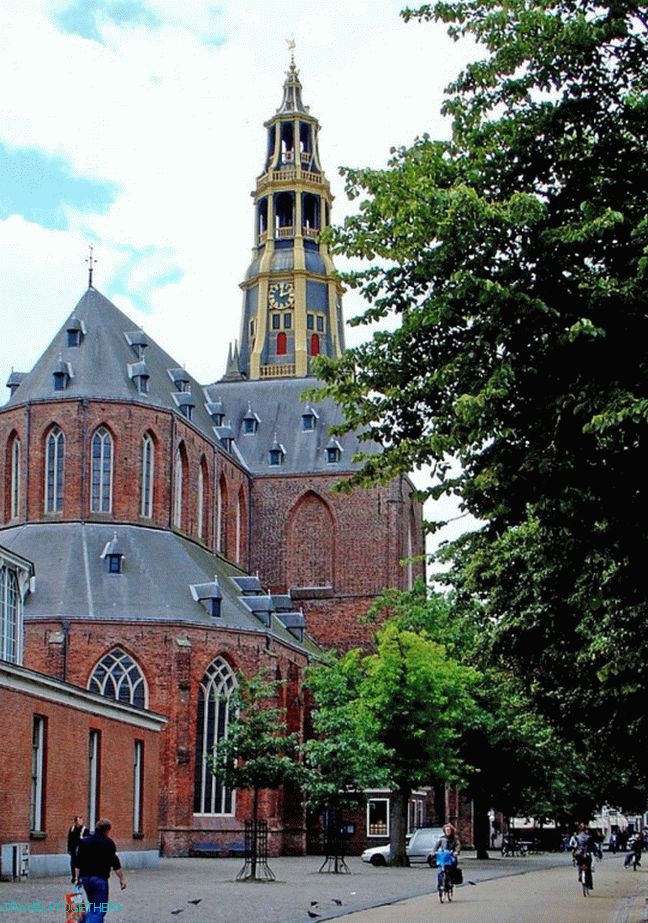 Der Aa Church – an old church, founded in the 13th century. Located on the Wismarkt square.

On the street. Folkingestraat is a synagogue that was the center Jewish quarter.

The main city museum is located opposite the central station. When we talk about Holland, then apart from cheese, canals and tulips, think of windmills. In the vicinity of Groningen there are about 80 such objects. In the photo – the most northern mill, de goliath. Prinsenhof is one of the best examples of the Renaissance garden in Holland, located in the historic center. Originally was the property of the monastery.

Groningen was an important trading city, so here in The canal’s historical center has a lot of old ones. warehouses, which are now used as residential buildings.

Groningen on the map of the Netherlands