Georgia – the most detailed information about the country with a photo. Sights, cities of Georgia, climate, geography, population and culture.

Georgia is a state in the southwestern part of the Caucasus. It is small country in the South Caucasus on the east coast of the Black Sea, which located at the junction of Europe and Asia. Georgia is bordered by Russia on in the north and east, by Turkey and Armenia in the south, by Azerbaijan southeast. Geographically, the country belongs to Western Asia and Middle East, although at present the state regarded as part of Eastern Europe. Georgia – parliamentary republic. More than 80% of the population professes Orthodoxy.

Despite its small size, Georgia is a country of contrasts and amazing variety. Here you can see stunning mountain landscapes, visit the wonderful ancient cities, monasteries and churches, relax in the resorts of the Black Sea. In Greek mythology on the territory of Georgia was kept the Golden Fleece, and archaeological finds indicate that it is the oldest winemaking region (samples of wines dating from the sixth millennium were found BC). Georgia is an amazingly picturesque country with hospitable residents, delicious cuisine, rich in history and culture. 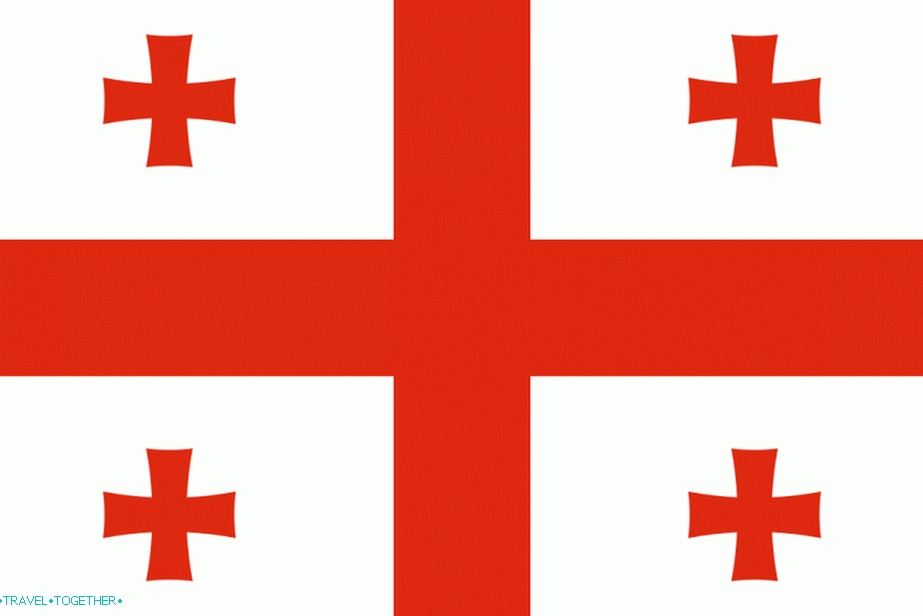 Georgia is located in Transcaucasia and is washed by the Black Sea. The northern part of the country is the mountains of the Greater Caucasus. South of the country occupy the lower ridges of the Lesser Caucasus. Highest peaks Georgia – Shkhara mountains (5068 m) and Kazbek (5033 m). Closer to the coast relief becomes more calm and formed Colchis lowland. The Black Sea coast in Georgia has a length just over 100 km. The largest rivers of Georgia: Kura, Rioni, Inguri. Due to its position (at the crossroads of Europe and Asia, subtropical, temperate and arid types of climate) and altitude zonality Georgia has extremely diverse landscapes (mountain glaciers, alpine meadows, forests and subtropics), nature, Flora and fauna. Climate – transitional, from moderate to subtropical.

The ideal time to visit Georgia is May-June and September. AT this time usually reigns great weather, not many tourists, and hotel prices are reasonable. In Tbilisi and some other cities July and August can be quite hot. On the Black Sea resorts better go from July to October. The first state on the territory of modern Georgia arose in the middle of the first millennium BC. It was Colchis kingdom, which was located on the east coast of the Black Sea. Georgian historians believe that Colchis was quite developed by the state. Policies were founded by the local population, and the Greeks founded trading posts.

In the 4th century AD. the Kartlian Kingdom was founded, and about 300 BC. – the state of Iberia with capital in Mtskheta. In the 1st century BC, Colchis was conquered by the Romans. In the 2nd century AD, Iberia (Kartli) became independent. In the 4th century, Christianity became the state religion. In 4-5 centuries, Iberia was dependent on Persia. During the period Board Vakhtang I Gorgasala Iberia gained independence. Also Vakhtang founded Tbilisi, where the capital of the kingdom was transferred to 6 century. Tbilisi is the capital Georgia

In the 7th century, the territory of Georgia was subjugated by the Arabs who ruled it. until the 9th century. The first mention of the state of Georgia (Kartli) date back to the 10th century. After the expulsion of the Arabs were formed feudal states: the Abkhaz kingdom, Kartli, Kakheti, Hereti. Georgia was united under Bagrat III from the Bagratid dynasty. 11-12 centuries – the period of the present flourishing of the Georgian state. Georgia reached power under David IV the Builder and Queen Tamara and was one of the strongest powers of the region. In the 12th century, Georgia established a strong relationship with Russia.

In the 13th century, the country was conquered by the Mongols, who were expelled only through the century. In 1386-1403, Georgia experienced several invasions of Timur. In the 15th century, the Georgian kingdom came to decay and disintegrated into several states. The country was later divided between Turkey and Iran. In the 18th century, under Irakli II, the Turks were expelled, and Georgia adopted a protectorate of the Russian empire. In 1800, Georgia became part of Russia. Joining The Russian Empire was saved by the Georgian people from genocide and assimilation by the Turks and Persians. After the October Revolution Georgia declared its independence, but already in 1921 it entered the composition of the USSR. In 1991 (after the collapse of the Soviet Union) the country became an independent state.

More than 80% of the population is ethnic Georgians. Large enough Diasporas – Armenians and Azerbaijanis. Georgians profess Orthodoxy. This is a hospitable, arch-loving and temperamental people. Georgians respect the elders, honor the traditions, adore songs and feasts.

Airports are located in Tbilisi, Kutaisi, Batumi. Largest The country’s airport is, of course, in the capital. Georgia has regular flights from most major cities in Europe, Asia and Russia, including: Moscow, Kiev, London, Amsterdam, Prague, Istanbul, Riga, Minsk, Vilnius, Warsaw. The bus service connects Georgia with the cities of Turkey, Russia, Armenia and Azerbaijan. Trains regularly go on the route Baku – Tbilisi.

Tbilisi is the capital and largest city of Georgia where it lives a third of the population. It is an ancient city of contrasts with charming architecture and several famous ancient sights.

Batumi is the second largest city and resort capital of Georgia. It is an interesting mix of classic and modern. buildings, as well as subtropical vegetation. Mtskheta – the ancient capital of Eastern Georgia and the center of the Georgian Orthodox Church. Telavi is the capital of Kakheti, located not far from vineyards, old churches and monasteries.

Gori – Stalin’s hometown, near which is located ancient rocky city.

On the territory of Georgia there are three objects that are included in UNESCO list. Upper Svaneti is a picturesque valley on the Inguri River. Is famous for with its medieval buildings: residential towers and ancient stone churches. Kazbek is one of the largest peaks of Georgia and the Caucasus. It is an extinct volcano and has a height of 5033 meter Bakuriani – one of the main ski resorts in Georgia located on the slopes of the Trialeti Range. Shatili – a picturesque village on the slopes of the Main Caucasian ridge on the border with Russia. It is a unique complex medieval and early modern fortresses and fortified houses from stone Uplistsikhe is an ancient cave city founded in the first millennium BC. It was located on the ancient Silk Road. Located 12 km from the city of Gori. This is one of the oldest settlements. Georgia, which was abandoned in the 19th century. Vardzia – cave monastery of the 12th century. This is one of the most striking sights of georgia located in the south countries on the rock off the coast of the Kura. The tourist popularity of Georgia is growing steadily, which contributes to the increase in the number of hotels and tourist infrastructure. Despite the fact that in Tbilisi and Kutaisi prices hotels are often a bit overpriced, and service can often be far from high European standards, Georgia is the place where You can find a cheap hotel or apartment, as well as feel the hospitality and hospitality of their owners. Georgia on the map