Cluj-Napoca – the most detailed information about the city with photos. The main attractions of Cluj with descriptions, guides and cards.

Cluj-Napoca (German: Clausenburg, Hungary. Kolozhvar) – a city in northwestern part of Romania. This is the unofficial capital. Transylvania with a remarkable historical heritage and magnificent the atmosphere. Cluj – a beautiful old town with true Transylvanian charm that combines the rich history and culture.

Cluj-Napoca is located in central Transylvania at the confluence Western Romanian Mountains and the Transylvanian Plain. southern part cities are more hilly. Cluj has a moderate continental climate. with warm summers and cool winters.

The origins of the history of Cluj go to the Roman era. In the 2nd century AD the Romans conquered Dacia and founded the city on the site of the modern city military base called Napoca, which was destroyed in 4 – 5 century during the invasion of the barbarians. In the 6th – 10th century, the neighborhood of Cluj inhabited by the Vlachs. In the 12th century, this region was conquered by the Hungarians and entered in the composition of their kingdom. 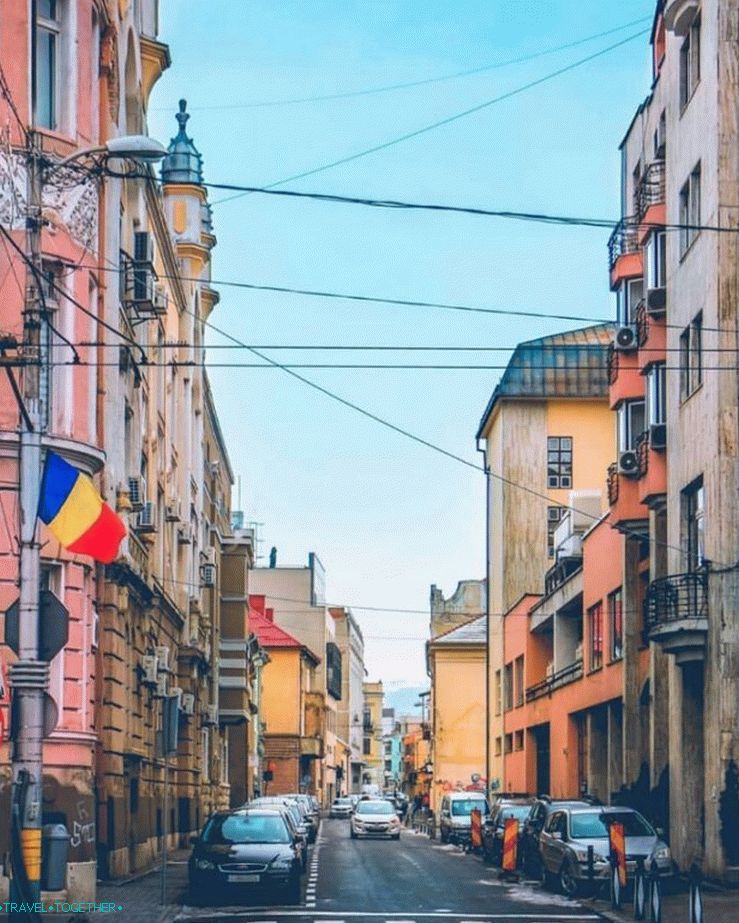 In the 12th century, a castle and village were founded near the ruins antique napoca. This settlement was inhabited by Transylvanian. Saxons. In the 13th century, Cluj suffered several times from the invasion of the Tatars. AT 1316 received city status. The new city began to grow rapidly and to develop and become one of the centers of the region. In the Middle Ages Cluj was part of the Hungarian kingdom. In the future was part of Hapsburg Empire. As part of Austria-Hungary wore German name Clausenburg. In the new time Cluj remained Magyar. In 1918, the city entered part of the kingdom of Romania. In the years 1940-1944 became a short Hungarian, until in 1945 it finally became Romanian. The historical name of Cluj-Napoca returned to the city during the reign. Ceausescu. Union Square – the central square of Cluj, where you can see ruins of ancient roman napoca. Among other interesting monuments – statue of the Hungarian king Matthias I and the church of sv. Michael Church of sv. Mihaila – one of the largest medieval churches Romania (more precisely, the second largest after the Black Church in Brasov). This beautiful Gothic structure was founded in 1316. AT In 1545, the church became Protestant and lost many frescoes and decorations. 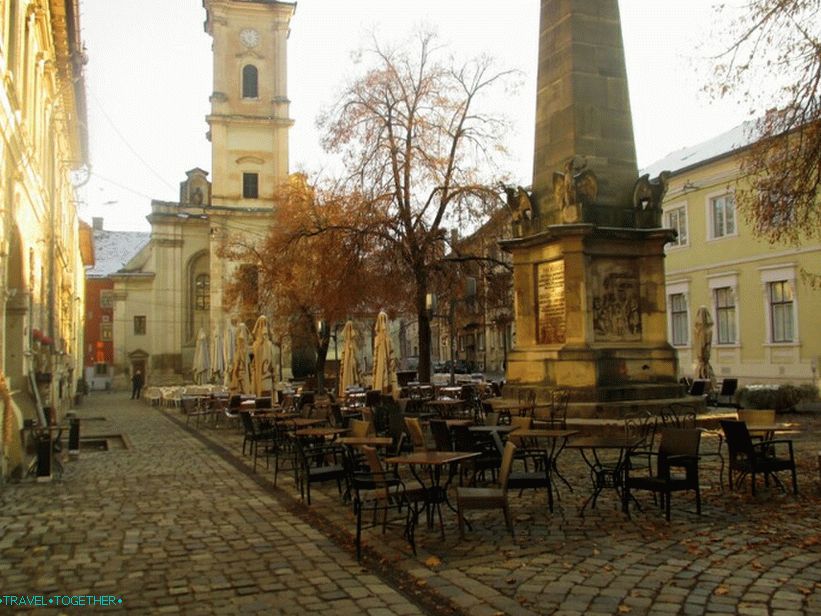 Museum Square is a small charming square surrounded by pretty streets and terraces. Most interesting attractions on it are the University of the Arts and Franciscan church, founded in the 13th century. It is religious the building was built on the site of an old church destroyed Tatars. 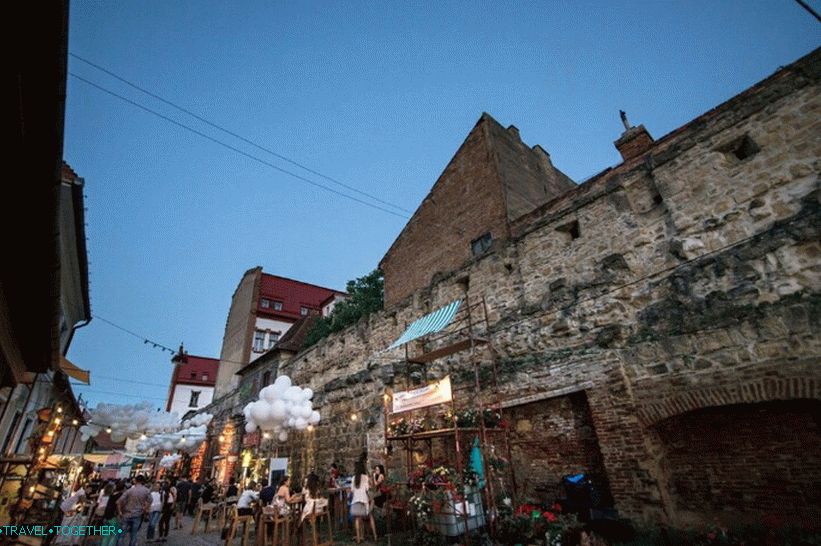 Potaissa Street is a nice old street that passes along the walls of the medieval citadel. 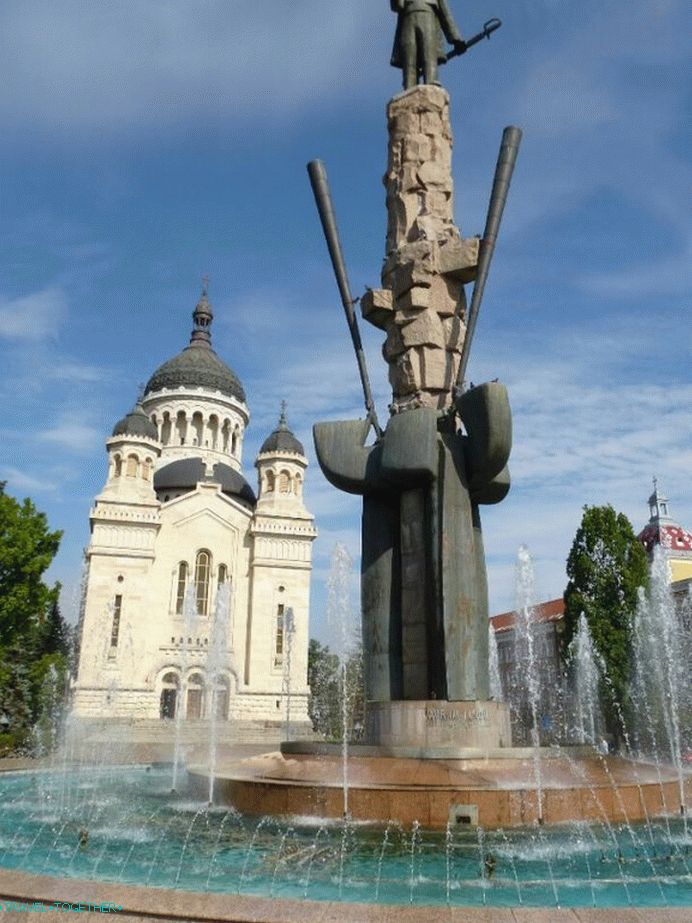 Yancu Square is a modern square with impressive monumental buildings, among which stands out the national theater and orthodox cathedral. 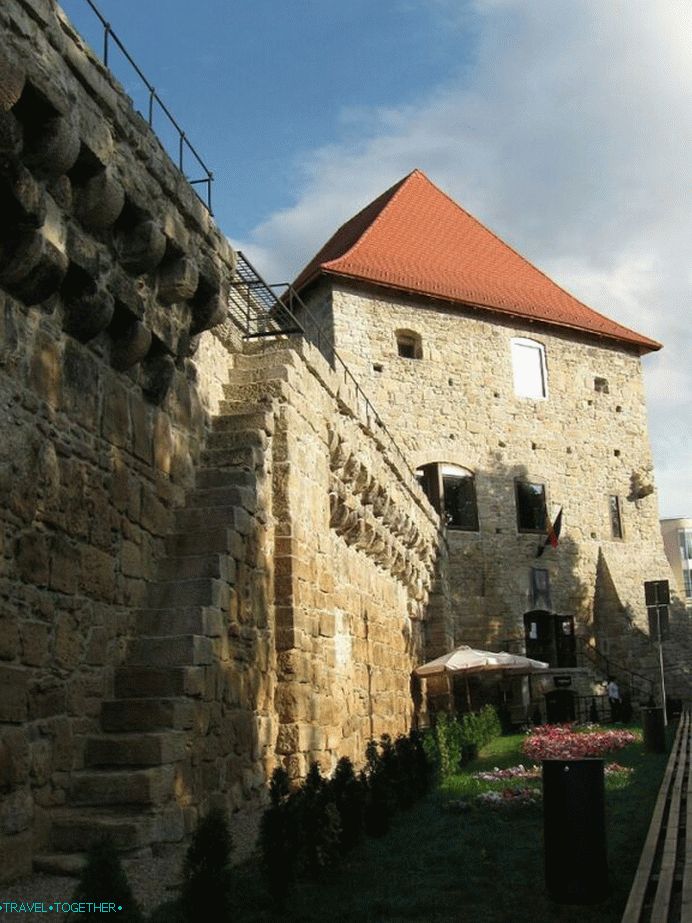 The Tailors Bastion is the only surviving medieval tower the citadel, which dates from the 15th century. Located near Calvinist church of the same period.

Cluj-Napoca on a map of Romania