Castle Breteil (France) – the most detailed information with photos. Interesting features of the Castle of Breteuil with a description.

Breteus Castle or “Kota Castle in Boots” – 50 wax figures, based on the tales of Charles Perrault, or telling about glorious episodes of the life of its owners, manual ducks, who willingly are fed from the hands of guests, and deer walking in the forests located nearby and in the bargain – a great piece of park landscape design, and a completely unbelievable castle of magic dreams – this is a whole bunch of treasures waiting for the one who will pass only 35 kilometers by bus from the tourist center of the world – Of Paris. Sometimes you can not even believe that such a thing exists, and is so close to the beaten tourist routes.

Over 400 years of existence, magnificent castle Braty belonged to the same family, and never in its history passed into the wrong hands. Is it any wonder that his current the owners are doing everything to keep it in its beautiful form. They so eagerly share its splendor with visiting tourists. The Bretey family really has something to be proud of because the castle itself is a true work of architectural art, and the park where it is located can be used for training landscape design masters.

Exactly 50 years ago, in 1967, the castle’s owners opened it to visitors, and since then every hour of the daytime around the castle Guided tour. Even if it was not portrait gallery, which houses the portraits of all outstanding representatives of the Breteuil family, among whom were ministers, ambassadors, scientists and military men and beautiful women, one of whom was a muse Voltaire, visiting the castle, with its wax figures from the masters the museum of Greven, family of Langlois, depicting historical characters in the era of their heyday, or in significant moments, plunges into a fairy tale real history of mankind. 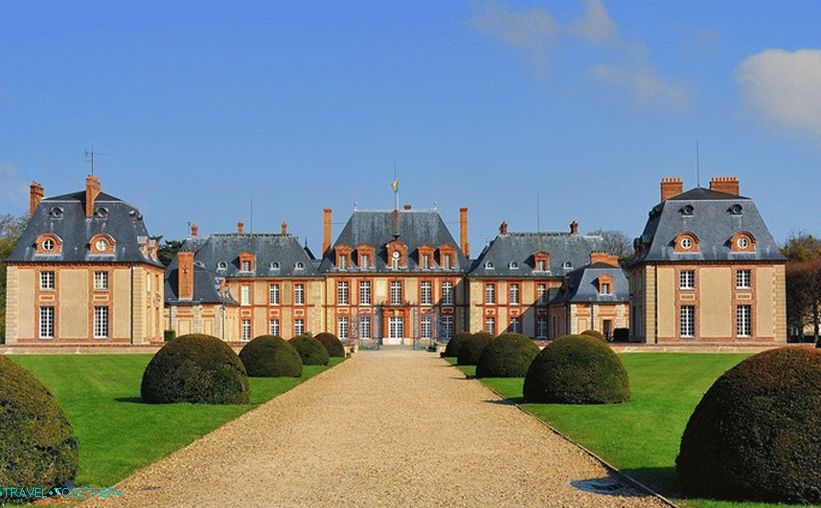 This tale with its incredible luxuries that gave representatives of a noble family for the faithful service of the monarchs, with the breath and the atmosphere of history, authentic and real items from those who familiar from the books, and it seems unreal, and familiar at the same time. All this could provide a rational explanation for the charm of the castle. walls. It is difficult to explain why having been there once, a person feels an overwhelming desire to return again. Hard to give simple an explanation of the phenomenon of the need to re-visit to the Castle of Breteuil. French history is about its tragic and majestic the charm of many castles in france and in particular it is clearly there is in Paris, where to go to Castle Breteuil some 35 kilometers But the historical tale is closely intertwined in the castle with fairy tale.

Only successors of a noble family who had inhabited the castle for so many years could come up as an incredible addition to the historical exposure, place a real French fairy tale that has become an integral part of the history of France, the chronicles of the castle, and the history all world literature. The famous French storyteller Charles Perrault, who repeatedly visited the castle, on whose tales grew not one generation of children, and it is not known how much will grow up, have been visiting his notable friend, and even lived for some time in the castle. In memory of this, when the castle was opened, they settled here. wax figures of the characters of Charles Perrault, who, like the historical figures feel at ease in indescribably magical atmosphere, sleeping in beds, and sitting in chairs, walking through the suite, and live in a beautiful park.

Only about twenty Kotov in Boots bizarre fantasy exposure creator placed in different places, and the rest characters so lively and real that you feel like with them to speak up a cherry on a magnificent historic cake exposure. Not a single child who has visited Brate Castle will forget about this event, even in the saddest moments of his life. None a couple of newlyweds who have been here on an excursion to their honey month, do not miss the opportunity to boast of their visit to fairy tale and historical tale. 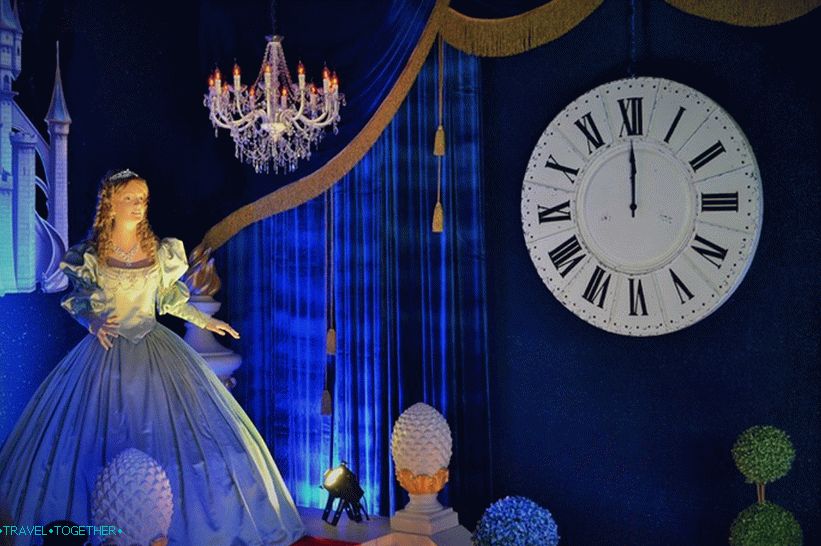 It is not by chance that solemn ceremonies are held in the castle magnificent, elegant and pompous wedding ceremonies. For to be married and live happily, according to rumors, to celebrate a wedding in the castle of Breteuil, and for this they come to the castle lovers from all over the world. The castle is beautiful in spring when in full the magnificence of the flower-fruit garden of Princes. is he Beautiful for Christmas, when additionally decorated part The exposition dedicated to the Christmas holidays is magnificent on New Year in the decoration of Christmas trees and unique medieval and modern toys, and on Easter, when at every step in it baskets with chocolate eggs are placed and in the park they give performances are real artists.

But he is magnificent and in the early autumn, when it is not yet clear, he came Does it replace the fly, and in the magnificent variety of trees, who are about to lose their leaves, you can also forget about time, get lost, get lost and don’t want to go back to the modern chaos.

Labyrinths, unique rose gardens, a charming chapel in Gothic style with magnificent stained glass windows of Chartres, medieval dovecote, lined paths and whimsical thickets in which you can unexpectedly stumble upon a live couple and confuse it with wax figures, and then take a wax figure for a living person The one who visited Brate Castle once, always dreams go back there.

Here you can contemplate 75 hectares of park, spread out in different directions, boxwood labyrinth and gardens, decorated in all rules of french and english garden art. Tidy alleys with trimmed figure trees, ponds that unexpectedly find themselves behind rows of neat trees and curly compositions. Deliberately disordered compositions in natural style next to artificial ponds, which can not be taken for the creation of human hands – they are so natural, greenhouses, of which you don’t want to leave, but you can feel dizziness from the thick and spicy aroma of exotic plants. The one who was not in the castle of Breteuil did not see the real historical Grand France, and did not use the opportunity to see one of The most beautiful parks in the region Ile-de-France.

Some 35 kilometers from Paris, on the most ordinary trip bus – and you can plunge into the unique fabulous atmosphere stories, and to visit a historical fairy tale on which not one generation of children. Here you can see as many as 20 Kotov in Boots, and a table decorated with precious stones and wax figures from the masters of the Grevin Museum, the Langlois family, who are very easily confused with real people and get into a real fairy tale.

Castle Braty on the map