Tabor (Czech Republic) – the most detailed information about the city with photos. The main attractions of Tabor with a description, guides and cards.

Tabor is a small old town in South Bohemia, located on the right bank of the river Lužnice. It was founded by one of the greatest the generals of the Czech Republic, one of the leaders of the Hussites and their radical the movements of the taborites – by Jan Жižka in 1420. It is believed that the Hussites contributed to the strengthening of the national spirit and the Czech language. Therefore, Tabor is considered one of the main historical cities Czech Republic.

This town is one of the most interesting and beautiful in South Bohemia. Here you can experience the wonderful historical the atmosphere, stroll through the interweaving of narrow cobbled streets, admire the ancient architecture in the style of Gothic, Renaissance and baroque. The historic center of Tabor is very beautiful, so the city definitely worth a visit. 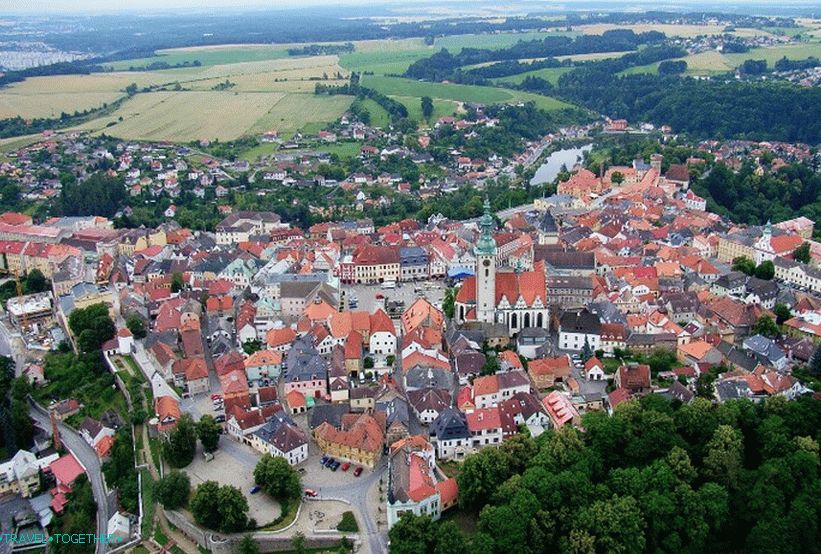 Tabor is located on a rocky hill on the right bank. River Lužnice. The neighborhood is a hilly plain with forests and agricultural land.

The climate is temperate with warm summers and mild winters.

It is believed that Tabor was founded in 1420 by one of the leaders Hussites Jan Zizka as a strong point and an ideal city. City name Received in honor of the mountain, located on the outskirts of Nazareth in Israel. Now the name of the city can be translated as “fortified camp.” The city was fortified with walls, and the narrow and winding streets should create inconvenience to the enemy during the assault. 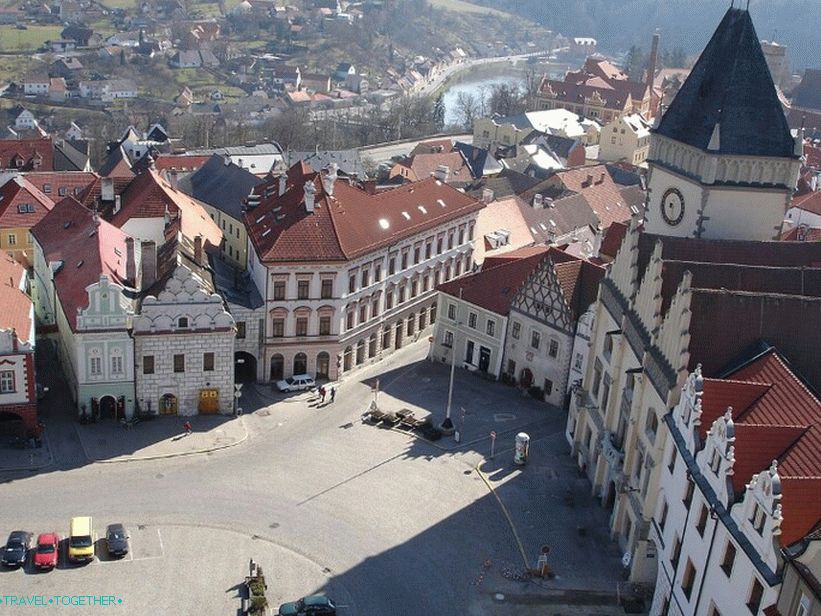 In 1436, Tabor received the rights of the royal city. At the end of 15 century was captured by the ruler of the Czech Republic, which belonged to the wing moderate Hussites.

The city was captured and destroyed during the Thirty Years War.

The historic center of Tabor has kept several interesting sights and monuments of architecture. AT the old town you can find many old buildings in the style Gothic, Renaissance and Baroque. Since Tabor’s story is closely related with the Hussites and Jan ижižka, here on almost every corner you can meet their mentions. 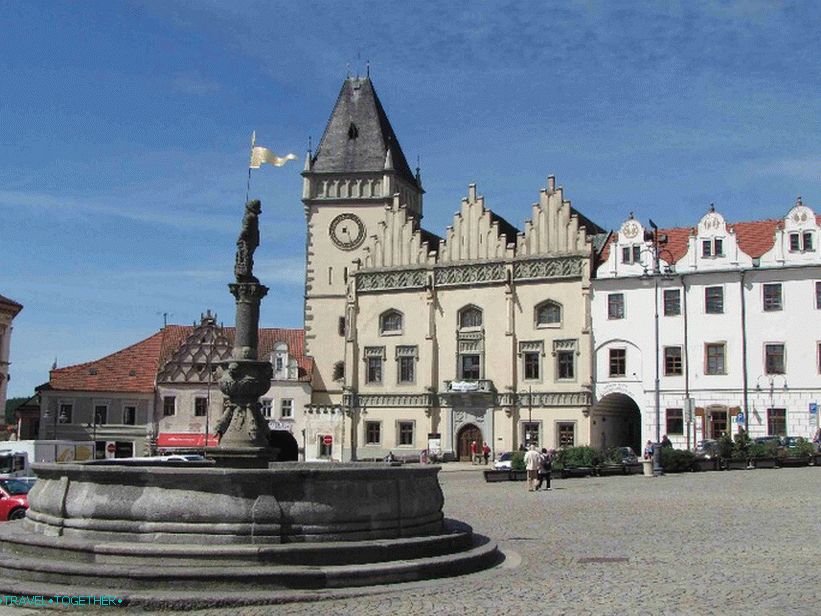 The central square of the city is the square of Jan Жižka which established his statue and the statue of another famous Hussite – Jan Hus. Interestingly, the old part of the city is penetrated by a network underground tunnels that connect many old buildings. Part of them open to the public. 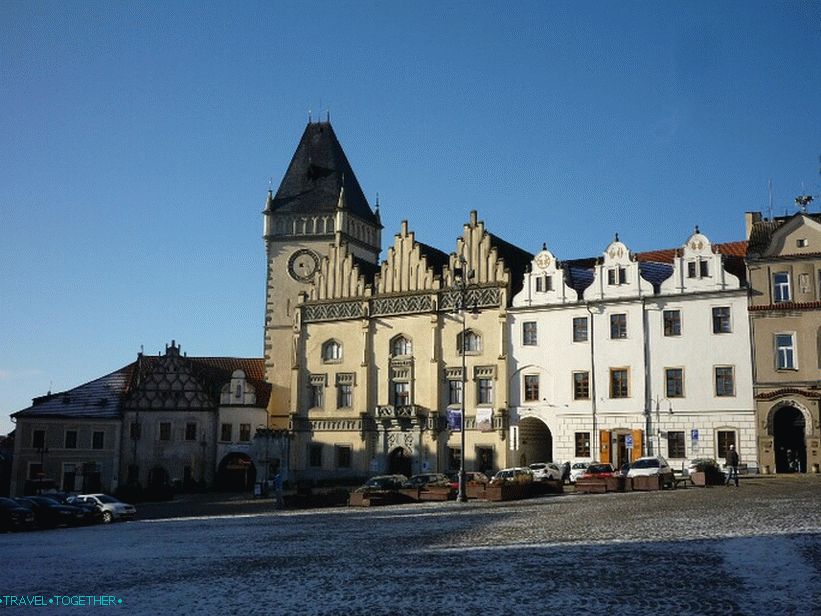 One of the most interesting buildings of Zizkov Square is Late Gothic Town Hall, built in the 16th century. In a buiding The Hussite Museum is located. 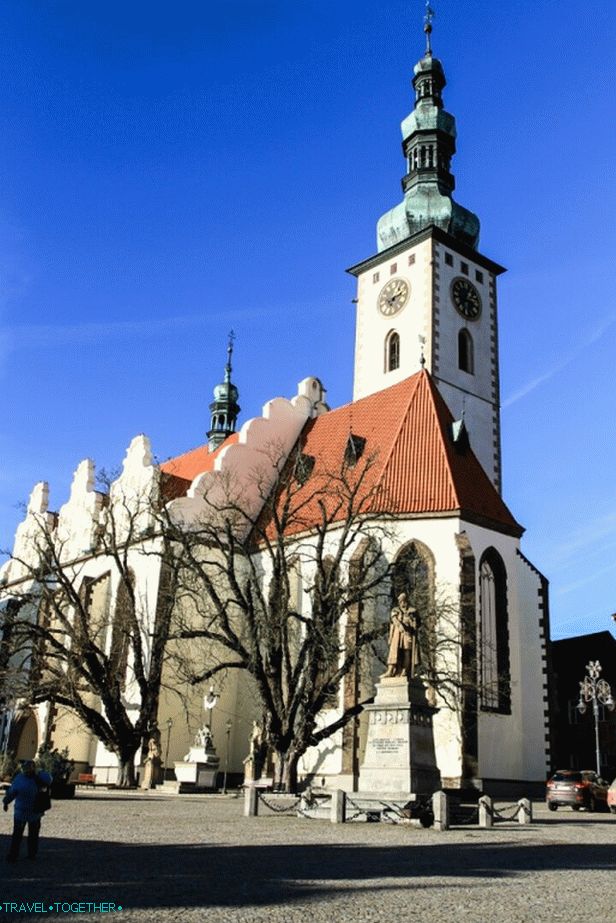 Another landmark building main Tabor Square is the Church of the Transfiguration on Mount Tabor. it old religious building built in the first half 16 century in the style of the Bohemian revival. 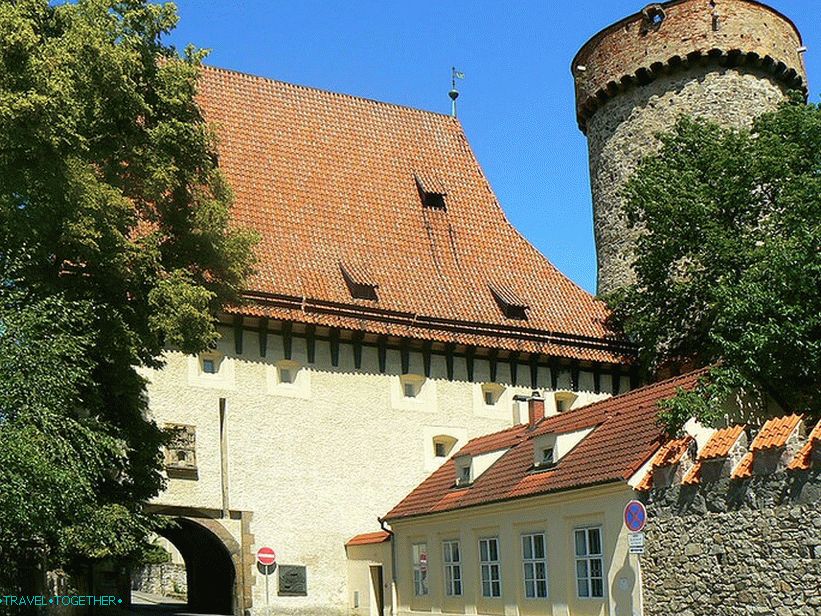 A famous landmark is the Kotnov castle and The ancient Behinus Gate of the 15th century. Medieval Tábor was enclosed by a wall. Elements of urban fortifications are still possible meet in the old part of town.