Cambridge (United Kingdom) – detailed information about the city with photo. The main attractions of Cambridge with a description, guides and maps.

Cambridge – a university town located in the east UK in Cambridgeshire. Best known for his University, which is one of the oldest and most prestigious educational institutions in the world. Cambridge is great historical atmosphere, romantic medieval character, amazing gothic architecture and one of the highest concentrations of historic buildings in England.

Most of the attractions are concentrated in colleges Cambridge University, virtually all of which are a masterpiece of architecture and famous for its rich traditions. Also cambridge has an ancient 2000 year history. Long before the founding of the famous of school he was an important Norman fortification and trading city, which was famous for the production of wool.

Cambridge is located in the east of England on the River Cam. City located on a flat and relatively lowland area 80 km to northeast of london In the past he was surrounded by marshy meadows, which, as it grew, were drained. Cambridge has temperate maritime climate with warm summers and mild winters. Precipitation distributed evenly throughout the year. 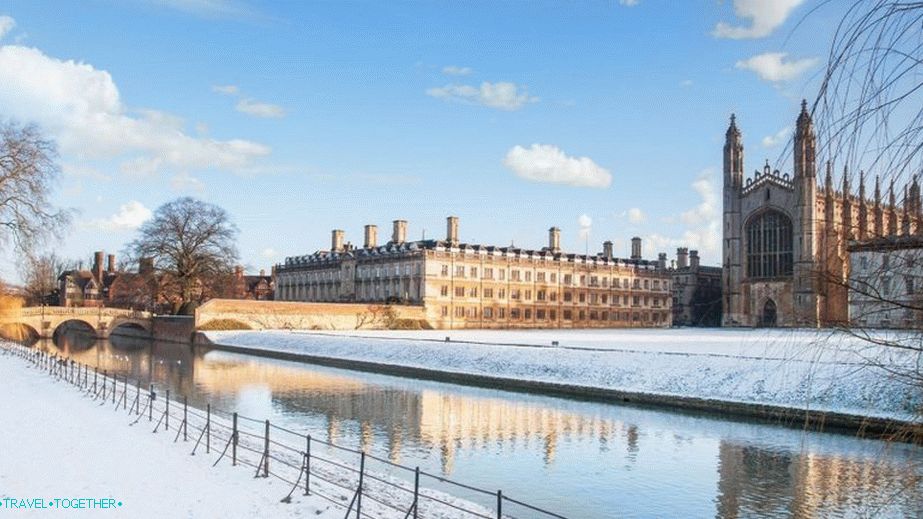 In the Roman period, a small fort was built on the site of Cambridge, which was located on a hill northeast of the modern center. Roman fortification was founded in 70 AD and after some time was converted into a civilian settlement. After leaving the Romans were occupied by the Britons, who were later replaced Anglo-Saxons. The earliest written mentions of Cambridge Dated 730 year. In the 9th century, these lands were conquered by the Normans. In the 11th century, Cambridge became part of the Norman state. William the Conqueror. Between 1120 and 1131 the settlement was granted city charter.

The name of the city translates as “bridge on the river Kam”.

In 1209, the University of Cambridge was founded. Oldest of existing colleges, Peterhouse, dates back to 1284. In 1349 year in the city plague raged. In the 14th century, Cambridge loses part of the rights and freedoms due to participation in the peasant uprising. Supervision brewing, baking, weighing and measuring goes to university. After several outbreaks of plague in Water pipe was built in Cambridge in the 16th century. In the 19th century the city quickly grows and develops. In 1845, Cambridge was bound by iron dear with london.

The most important sights of Cambridge are magnificent. ancient university colleges and its religious buildings (churches and chapels). Also, the city is famous for green lawns, parks and scenic landscapes. 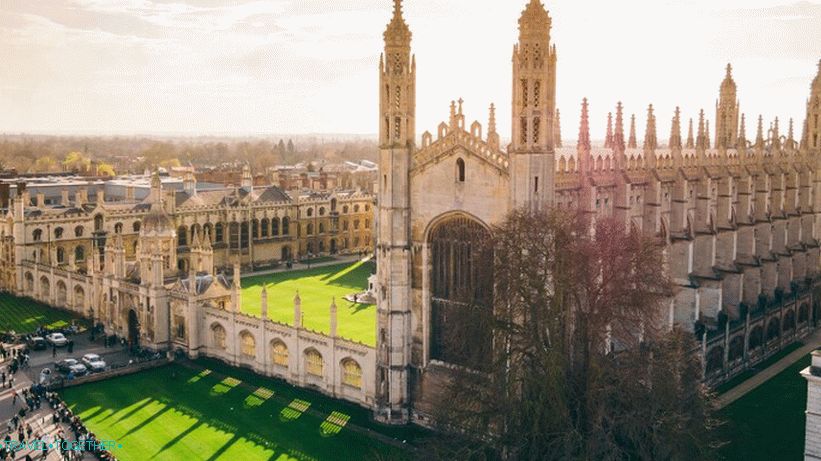 Royal College was founded in 1441 by Henry VI and is one of the oldest colleges in the University of Cambridge. This is one of the symbols of the city, which is a complex magnificent historic buildings from the Middle Ages to the 20th century. The most beautiful building here is the medieval royal the chapel which is considered one of the greatest specimens Late Gothic English architecture. Chapel is famous for its stained glass windows. 16th century, breathtaking vault and carved wooden organ the screen of the 16th century. 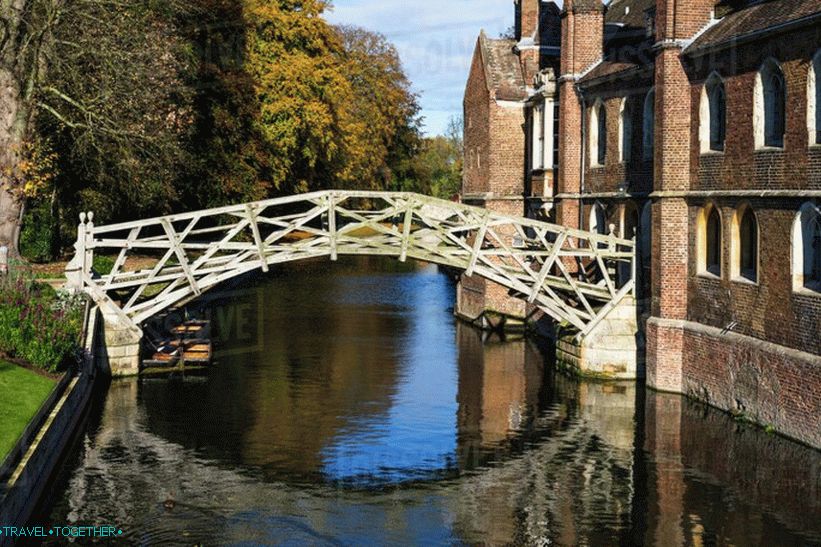 Queens College is one of the oldest and largest colleges in Cambridge, founded in 1448. Located in the city center on both banks of the Kam River. Queens College includes several remarkable medieval and more modern buildings: magnificent gates leading to the red brick courthouse 15 century, the monastery courtyard of the same period with beautiful half-timbered home, the pump yard of the early 16th century with the Erasmus Tower, a Victorian Chapel of the late 19th century. The most iconic building of this college is the mathematical bridge reconstructed in 1902 and leading to beautiful gardens. The bridge was built without a single nail on based on mathematical calculations.

Trinity College is one of Cambridge’s most famous colleges, founded in 1546 by Henry VIII. He leads by number famous graduates, including Austin Chamberlain and Isaac Newton. The current college was founded by combining two more senior schools. The most ancient parts of it are by the 14th century, although most of the buildings date back to the 16th and 17th centuries. The most interesting buildings of Trinity College: Nevilsky court (1614 d) with a chapel and statues of eminent scientists, a medieval tower with the clock and gate of the 16th century, the library of the 17th century with the old oak racks and ancient folios. 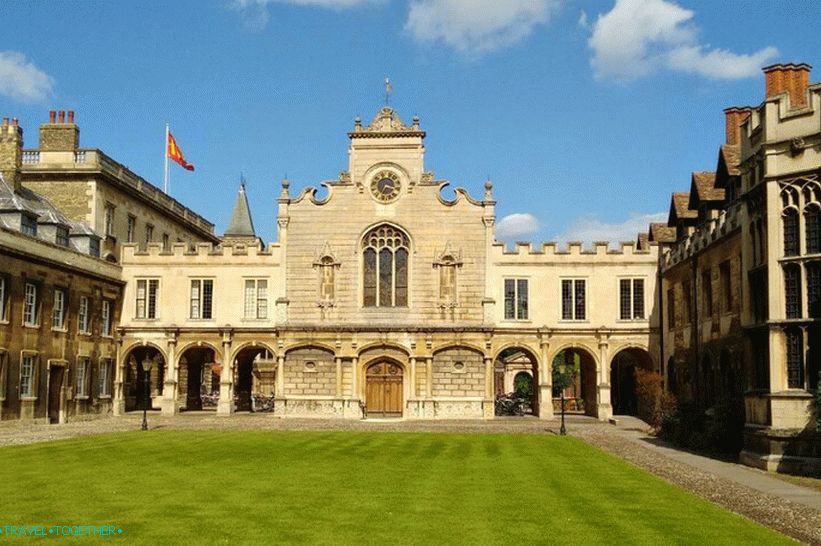 Peterhouse or Peter’s College Petra is the oldest of Cambridge colleges, founded in 1284. Its historical the hall and storeroom on the south side of the Old Yard are the most early buildings of Cambridge University and date back to 13 a century. Also noteworthy is the chapel with 19th century Munich stained glass windows and an altar window from the 17th century. 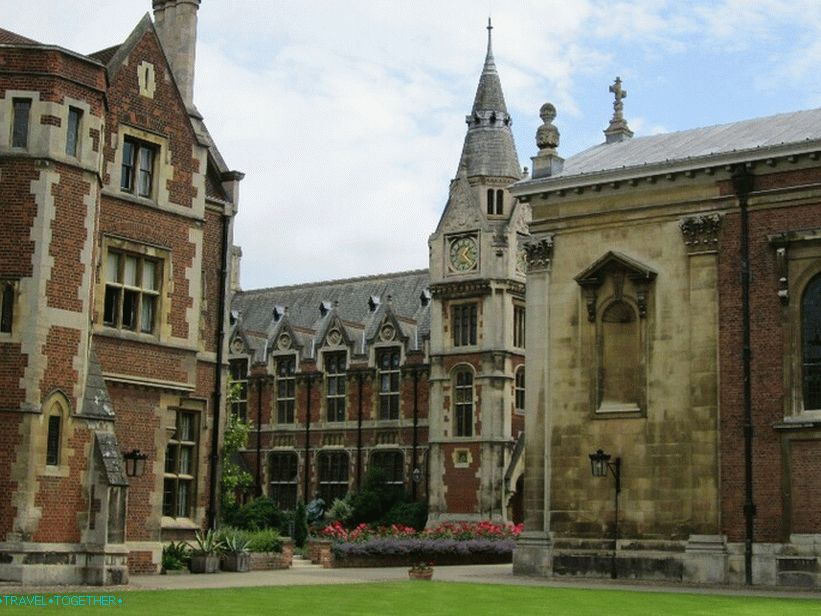 Pembroke College (Pembroke) – one of the oldest colleges Cambridge, founded in 1347. This training complex was significantly rebuilt and expanded at the end of the 19th century. One of the most interesting buildings here is a 17th century chapel with striking plaster ceiling, decorated with stucco. 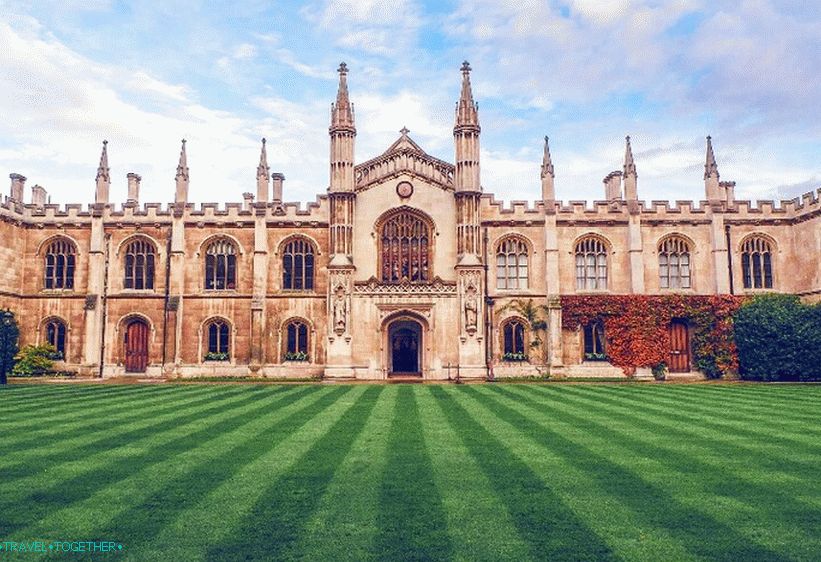 Christie College (Corpus Christi) – one of the smallest and Cambridge’s old colleges, founded in 1352 and located in downtown. This is one of the most beautiful in architectural terms. university training complexes which includes the following historical buildings: an old courtyard of the 14th century, a 16th century library with valuable manuscripts, church of sv. Late Saxon Beneta the tower. 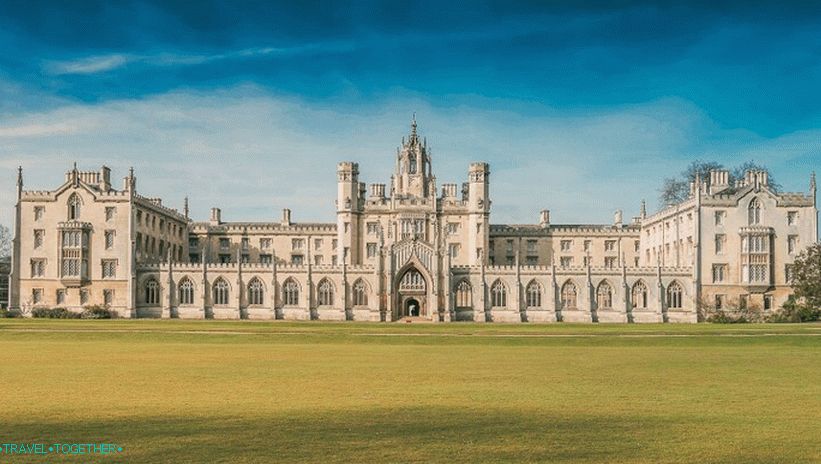 St. John’s College is one of the largest Cambridge colleges, located on the river Cam. It was founded in 1511 and is masterpiece of Tudor architecture. 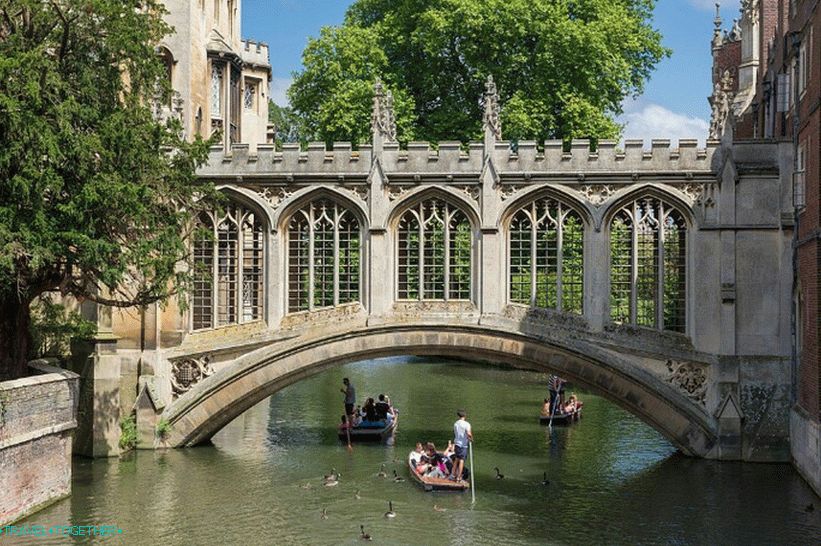 One of the most emblematic structures of the college is the bridge Sighs, built in 1831 across the River Cam. This gorgeous stone bridge has nothing to do with the bridge of the same name in Venice. 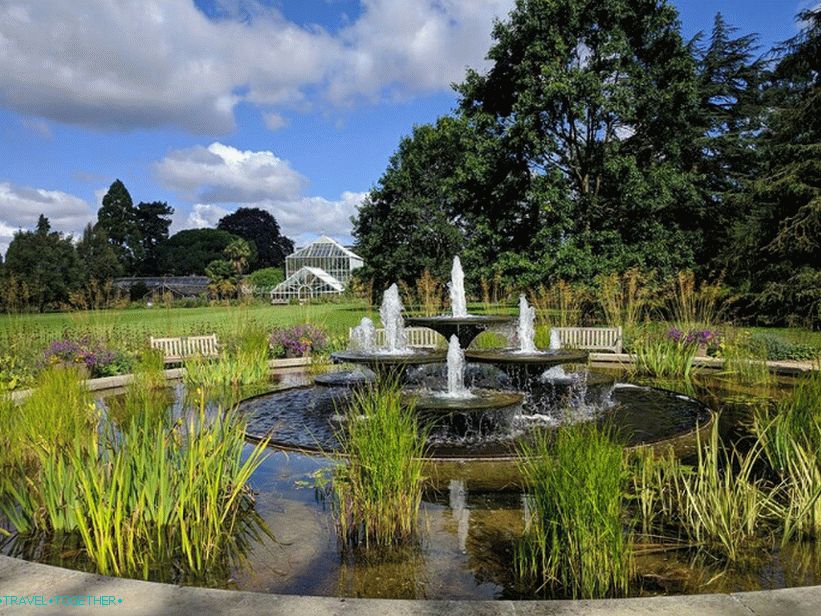 Botanical Garden – one of the most picturesque places of Cambridge. Founded in 1831 and covers an area of ​​16 hectares. Botanical Garden includes about 8,000 plant species from around the world. 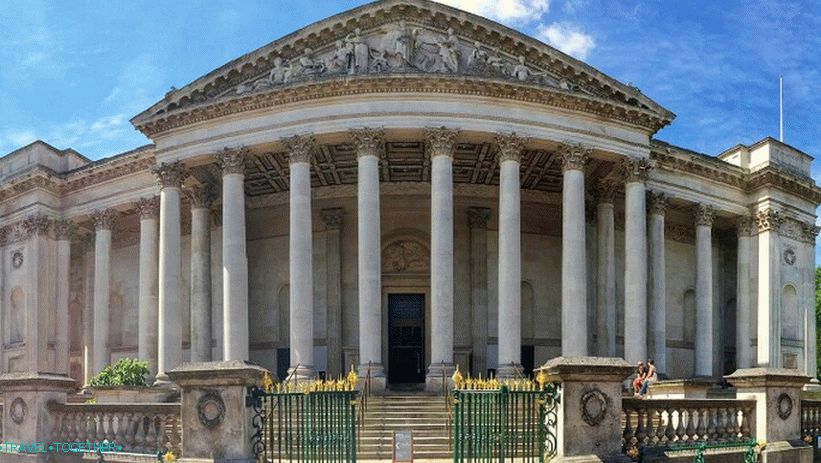 Fitzwilliam is Cambridge’s most famous museum, located in impressive building with Corinthian columns and magnificent decorative elements on the facade. Contains a collection of English ceramics and porcelain, as well as ancient Greek, Roman and Egyptian antiquities, old manuscripts and masterpieces of the Impressionists and Dutch Baroque masters, including Rembrandt, Van Dyck and Rubens. 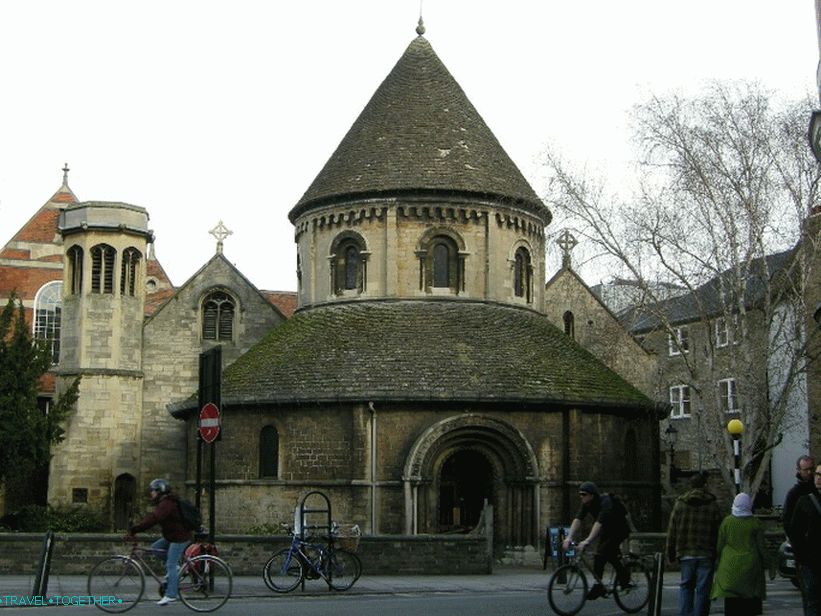 The Round Church or the Church of the Holy Sepulcher – unique historical monument of the 12th century. It is one of the four ancient Norman churches in the UK. The building has interesting structure – a stone Romanesque rotunda, over the nave which is built conical spire. 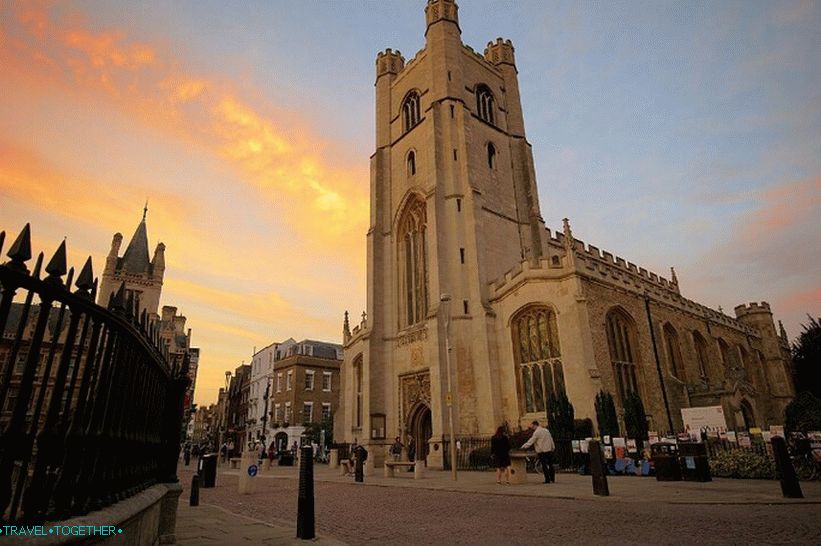 Church of sv. Mary the Great – Parish University Church, founded in the 15th century. This is a beautiful late style building. English Gothic with a beautiful interior and galleries of the 18th century. 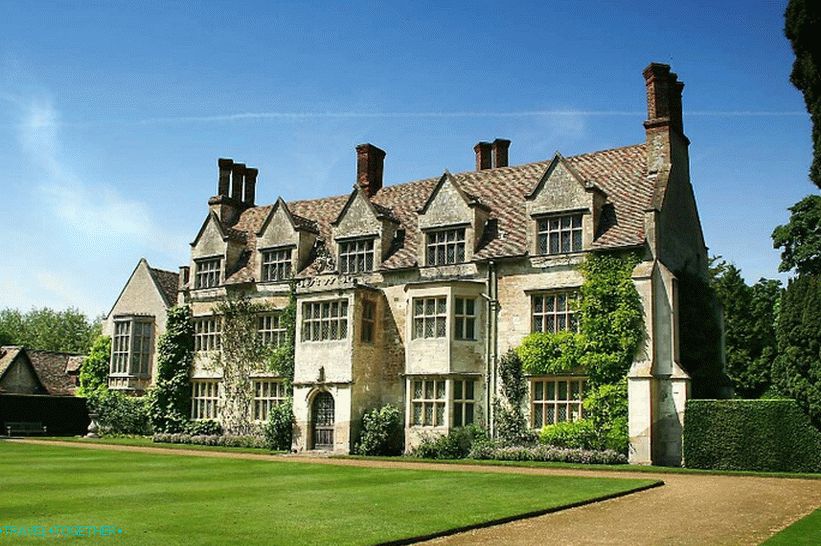 Anglesey is an ancient 12th century abbey restored in 1926. year and became home to a collection of fine art and old furniture. 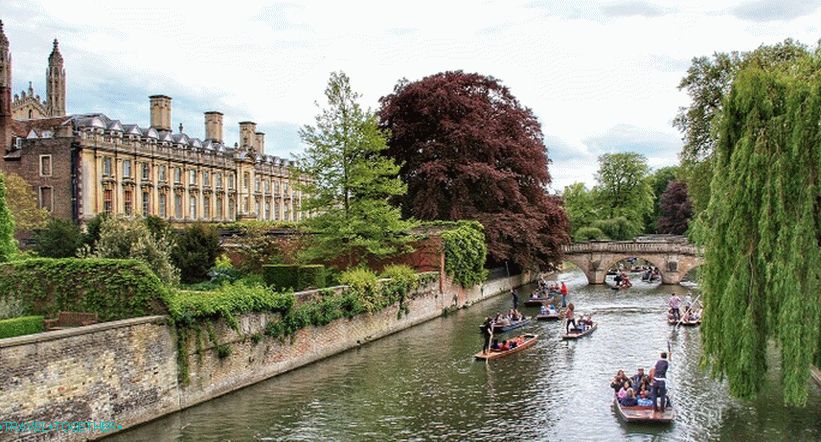 The Backs – a picturesque Cambridge area east of Queen’s Road with wonderful views of the old colleges. 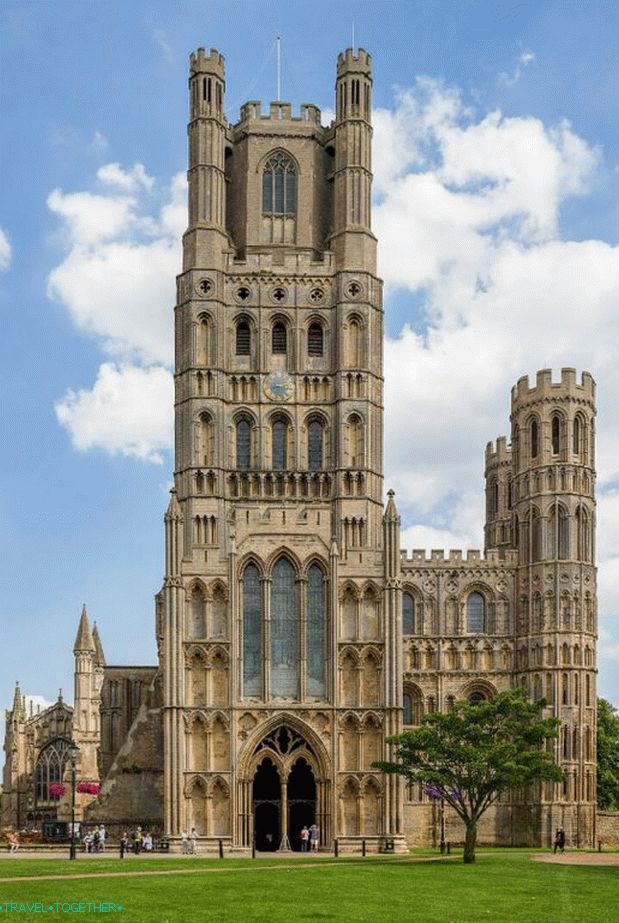 Ely Cathedral is a magnificent 11th century Romanesque cathedral, located near Cambridge in the town of Ely.