Kallunborg (Denmark) – the most detailed information about the city with photos. Description of the main sights of Callunborg, guides and cards.

Kallunborg is a small port city in Denmark. Located in the extreme west of the island of Zealand between Copenhagen and Aarhus. Kalundborg – one of the best preserved medieval cities of the Danish kingdom. Its main attraction is a magnificent church with five towers which is unique monument of architecture. Also located here ruins of an old castle.

Callunborg is located in the northwestern part of the largest of the Danish island of Zealand on the shores of the bay of the same name. City located between the peninsulas of Rosn and Asn. Climate – temperate sea ​​with cool summers and mild winters. 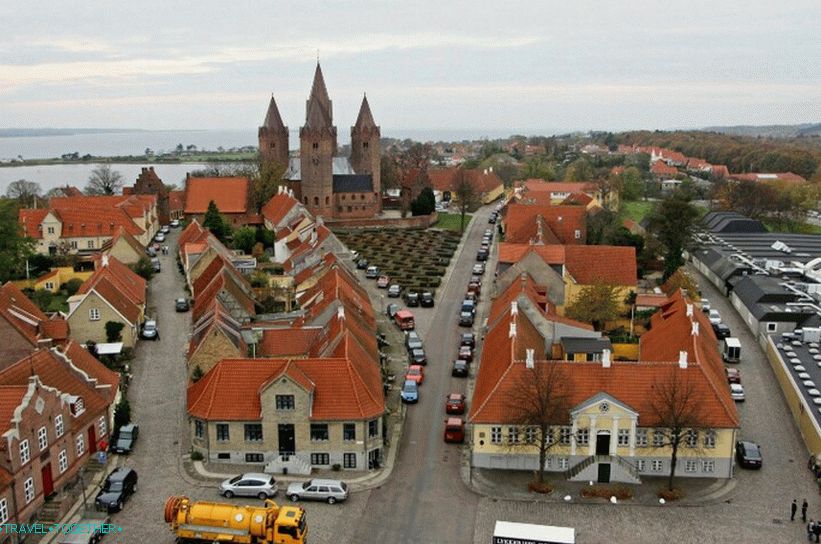 Callunborg was founded in 1170 by Esburn Snare, brother Bishop Absalon, who built a castle here. In the 13th century was built the church of the Virgin Mary with five towers and medieval High city.

In the Middle Ages, Callunborg was quite significant and was one of the residences of the Danish kings. In 1485 he received city ​​privileges. The castle in Callunborg was destroyed in 1658 during the Seven Years’ War with the Swedes. 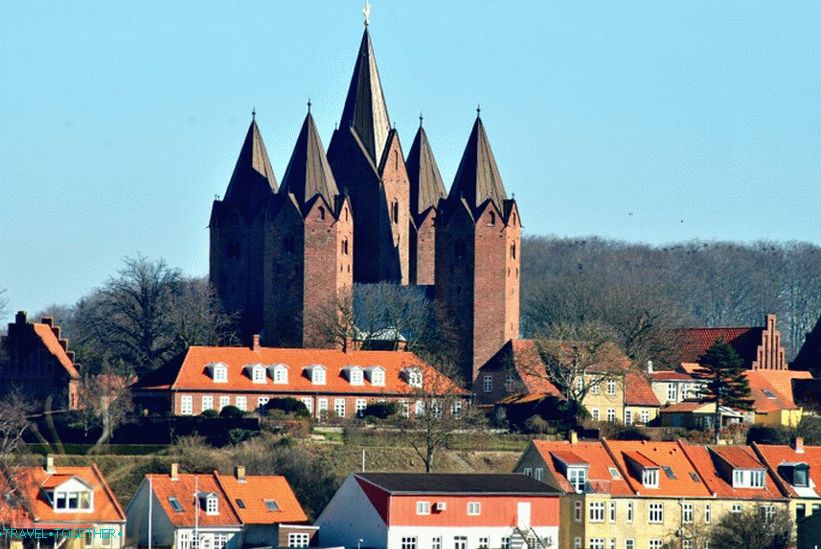 The high city is the medieval core of Callunborg, which used to be it was surrounded by walls. The borders of the old city can be easily recognize, despite the fact that the walls were torn down. In historical the center of Callunborg preserved the architecture of the 15th – 16th century and original old houses. 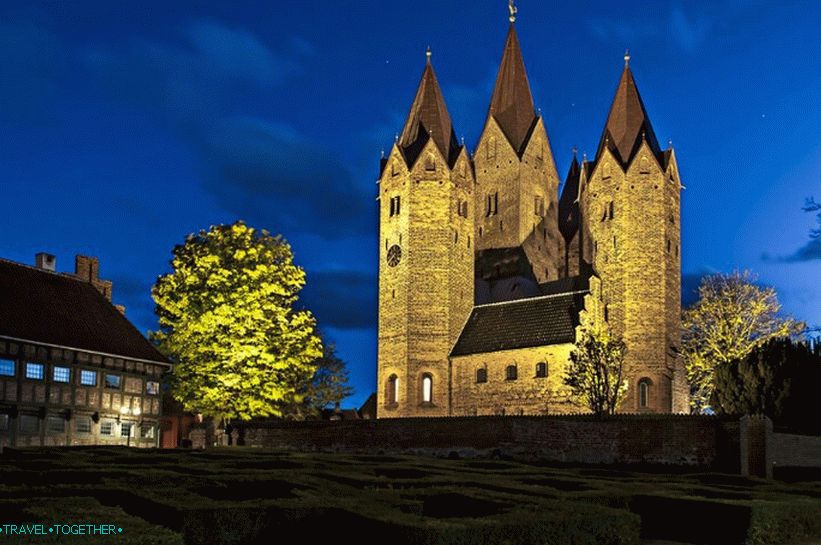 Church of the Virgin Mary’s

The Church of the Virgin Mary is the main attraction of Callunborg, unique medieval religious building with five powerful towers. The church is located in the center of the High City and was founded in 1220. In 1827, the middle tower collapsed and was restored after 54 years. 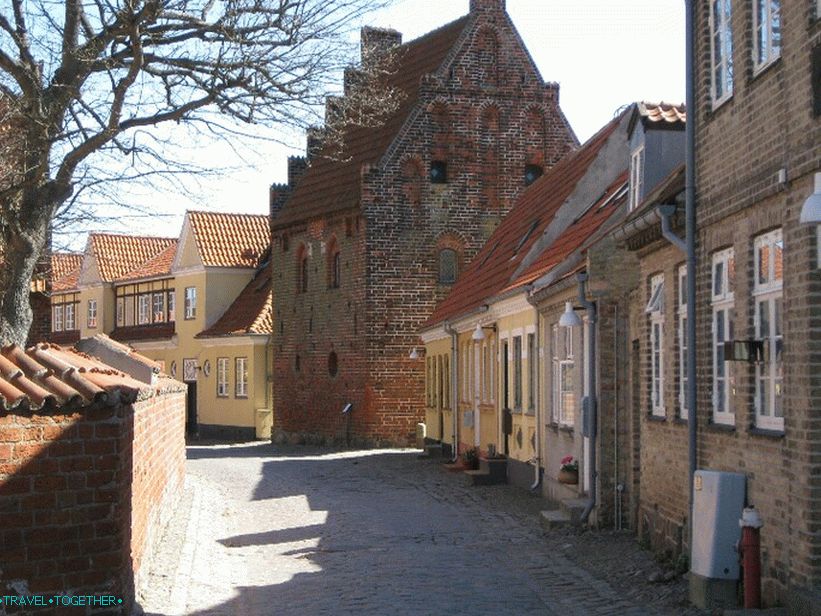 The castle, west of the High City, was built in the 12th century. In 1658 it was destroyed by the Swedes and abandoned. Now from the castle only ruins remained. 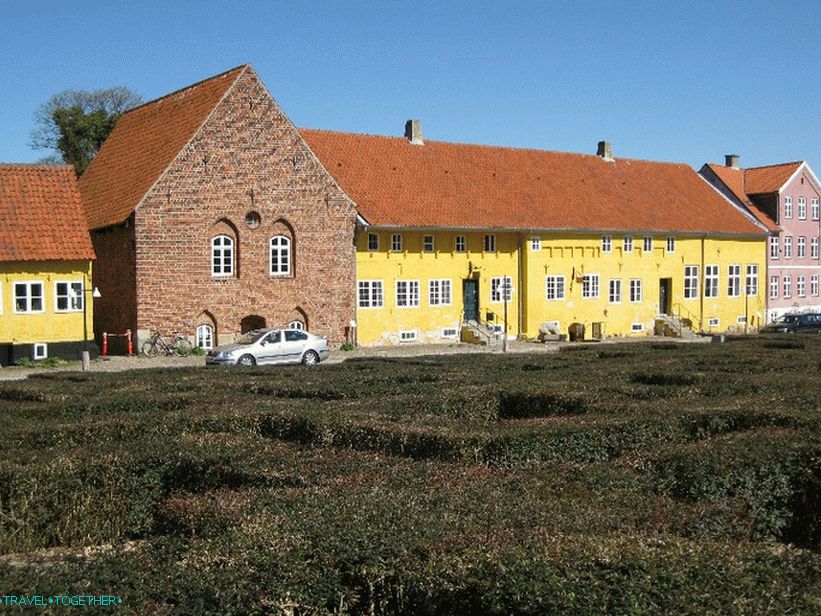 In the old town of Kallunborg, several medieval houses: 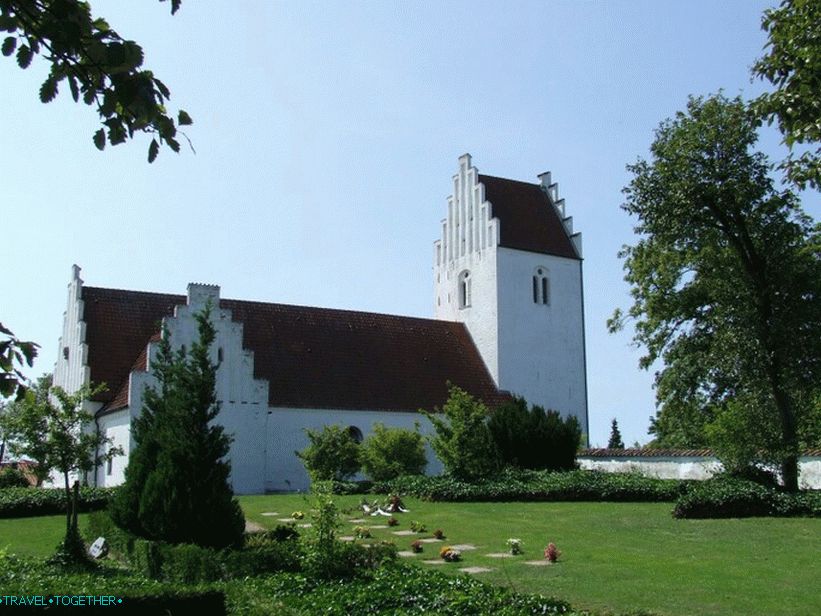 One hour from Callungorg is Roskilde with the famous a museum of Viking boats and a cathedral.

Raklevskaya church was built in 1547. Is one of first Danish village temples built after Reformation.

Callunborg on a map of Denmark