Caceres (Spain) – the most detailed information about the city with photos. The main attractions of Cáceres with a description, guides and cards.

Cáceres – a city in the west of Spain, the capital of the eponymous province in the region of Extremadura. The historic center is an object UNESCO World Heritage Site. Cáceres is one of the most beautiful cities of the country. It has an ancient Roman, Moorish and Spanish architecture, ancient sacral buildings, medieval walls and towers. This energetic university town was located far from military conflicts, therefore, retained its historical heritage in excellent condition.

Cáceres is located in the northwestern part of the Extremadura region and practically adjacent to the natural area of ​​Llanos de Cáceres. City is located on the plain along which the rivers Tahoe, Guadiana and Guadalup The surroundings of the province are famous for the diversity of bird species. In Cáceres itself one can often meet storks who are one of his characters. The city climate is Mediterranean continental. Summer is very hot and dry, winter is mild and wet with rare frosts. Most of the precipitation falls on the cold period. 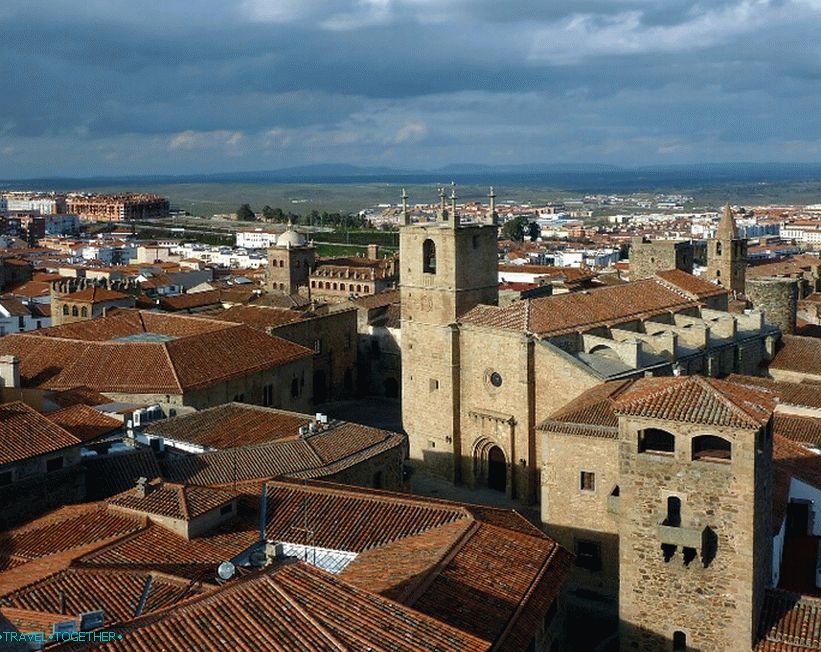 The best time to visit is April-June and September October.

Cáceres was founded by the Romans in the 1st century AD near the important dear Vía de la Plata. In the 5th century, the Visigoths destroyed the Roman the settlement and until the 9th century there was no information about the city. Caceres was restored by the Moors who saw it as an important strategic point in the fight against the Christians in the north. 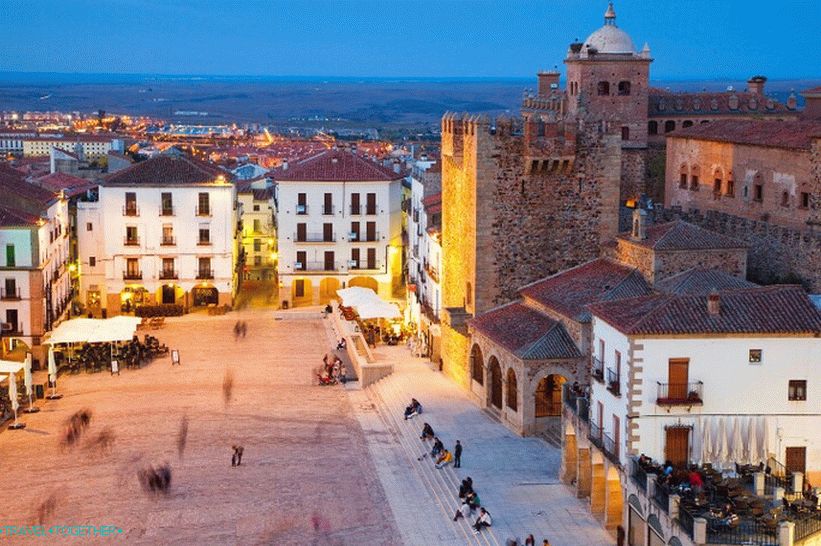 The city finally became owned by the Castilian crown in 13 century. In 1477 the Queen was here for some time. Castile’s Isabella I. Until the 18th century, Caceres was rather small cities in Extremadura. Population influx began in the second half 18th century. Basically, farmers and traders settled here.

The nearest international airports are located in Madrid. Lisbon and Seville. A small airport is located 90 km away. Talavera, which accepts domestic flights from Madrid and Barcelona The city has regular bus and train communication with Madrid, Lisbon, Seville, Salamanca. The railway station is located on the outskirts of the city, about 1-2 km from the center. 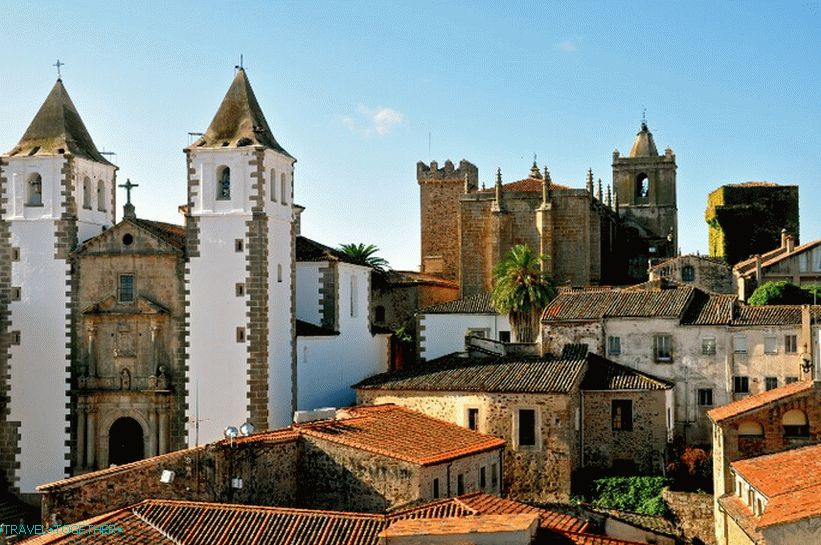 Plaza Mayor is located near the city walls. Here are the main gates to the city (Arco de la Estrella ), which were built in the 15th century. The gate has the form of an arch and is protected powerful towers. 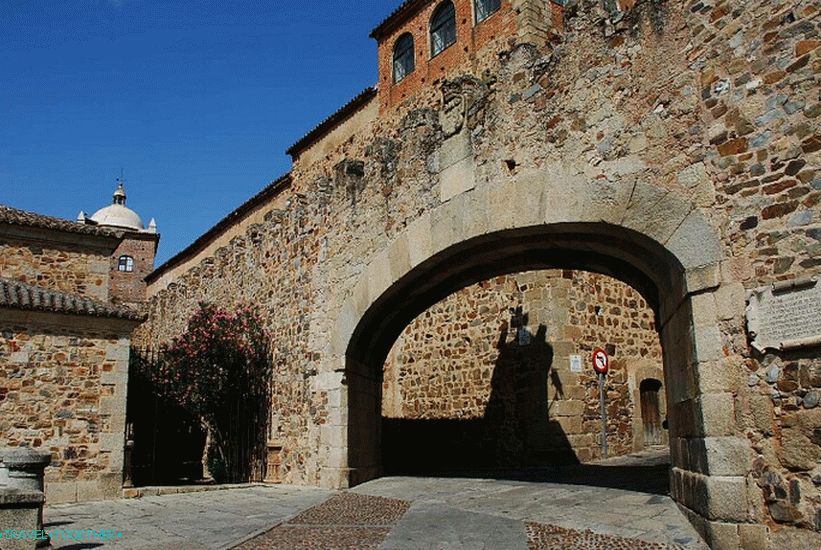 Plaza Mayor is a lively city center. There are many cafes and restaurants. In the evening, street lighting and antique architecture creates a special atmosphere here.

Near the main gate is located the area of ​​Santa Maria, on which houses the cathedral, the episcopal palace and Casa de los Golf de Abajo (16th century Gothic mansion and plateresque with a beautiful facade). 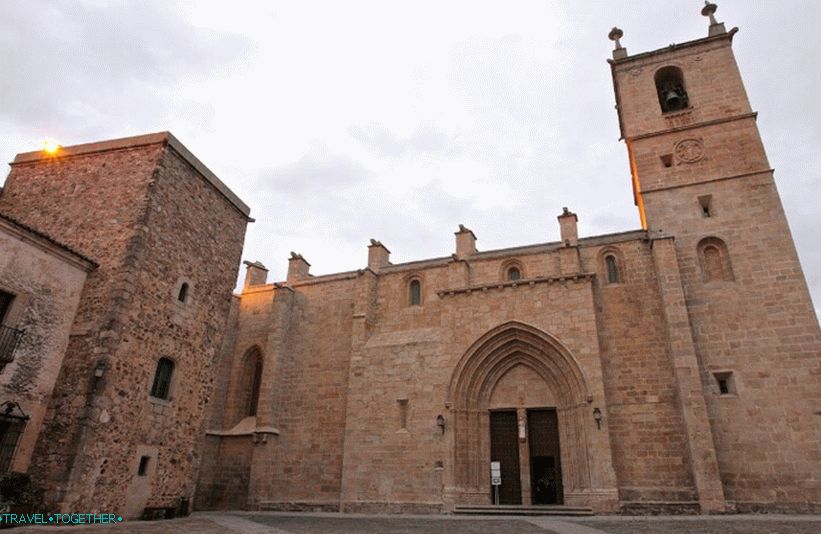 The cathedral is a combination of Gothic and Romanesque architectural style and is one of the most important buildings in Cáceres. Inside is a magnificent altar. The Episcopal Palace dates back to the 13th century. 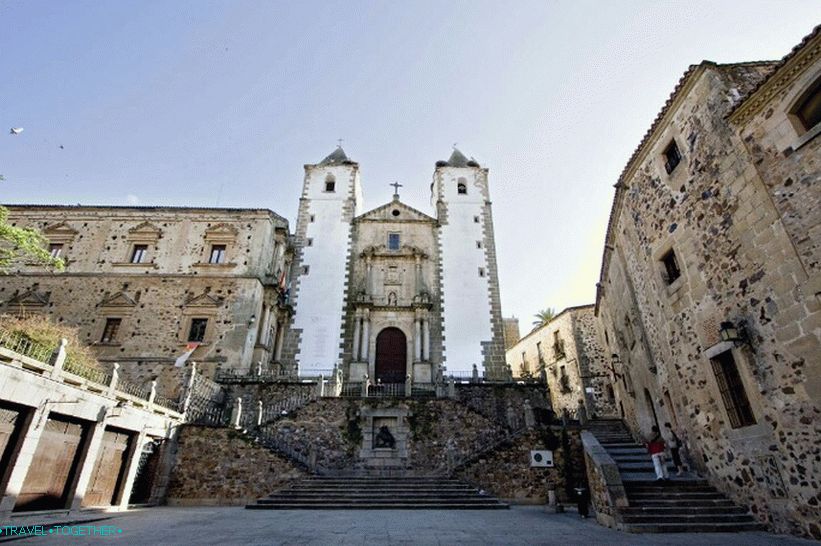 Nearby is Piazza San Jorge, where the beautiful San Francisco’s baroque church and convent also in style baroque. 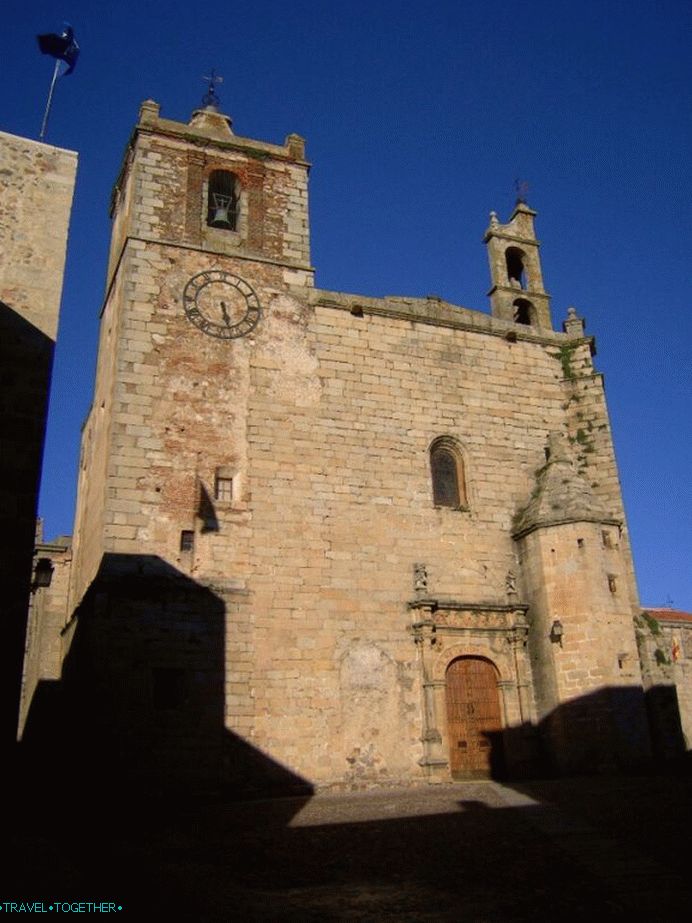 San Mateo Square is located in the western part of the old town. and the eponymous church, built on the site of the former mosque. On The square also houses the Stork House – a medieval building with original defensive tower. 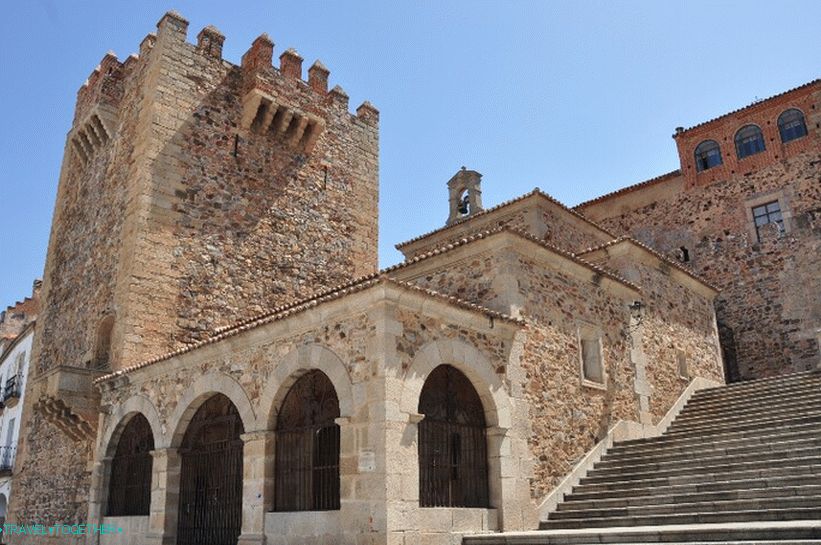 The historic center of Cáceres is still surrounded by ancient walls. and defensive towers, which survived about 30. The most remarkable of them – the tower Buyako. 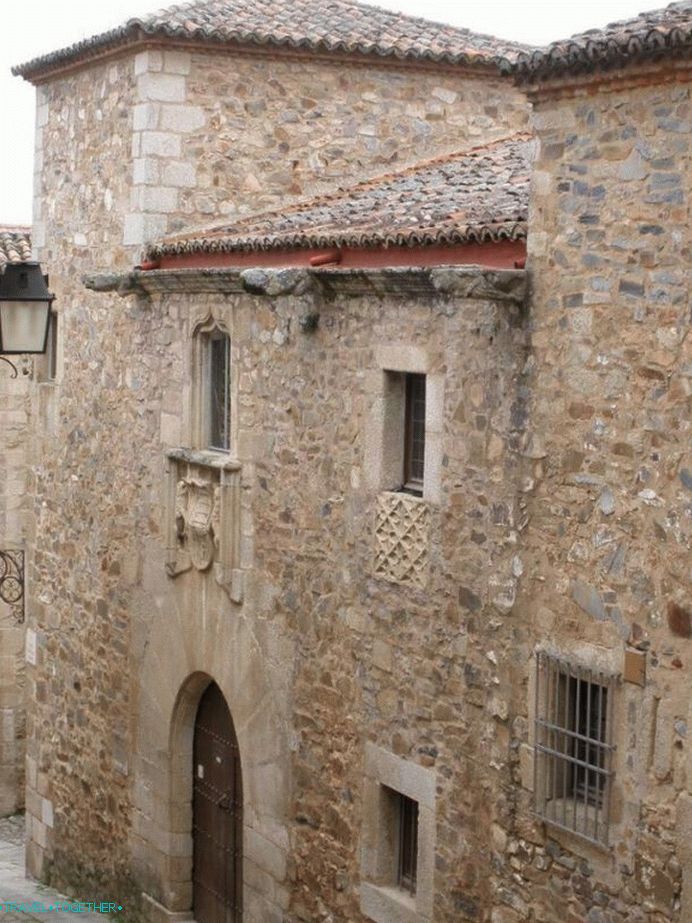 In Cáceres you can see many old houses and palaces. On Medieval streets of the city are numerous traces Moorish, Spanish and even Roman architecture.

Caceres on a map of Spain